We dive into the setting and while away the wait.

Not so long ago, Cyberpunk 2077 was moved again, from September to November 19, 2020. We hope that the date is final, but in any case, it is far from November, and you want to plunge into the cyberpunk world right now. For this we have chosen 5 good games in the “high technology, low standard of living” setting. 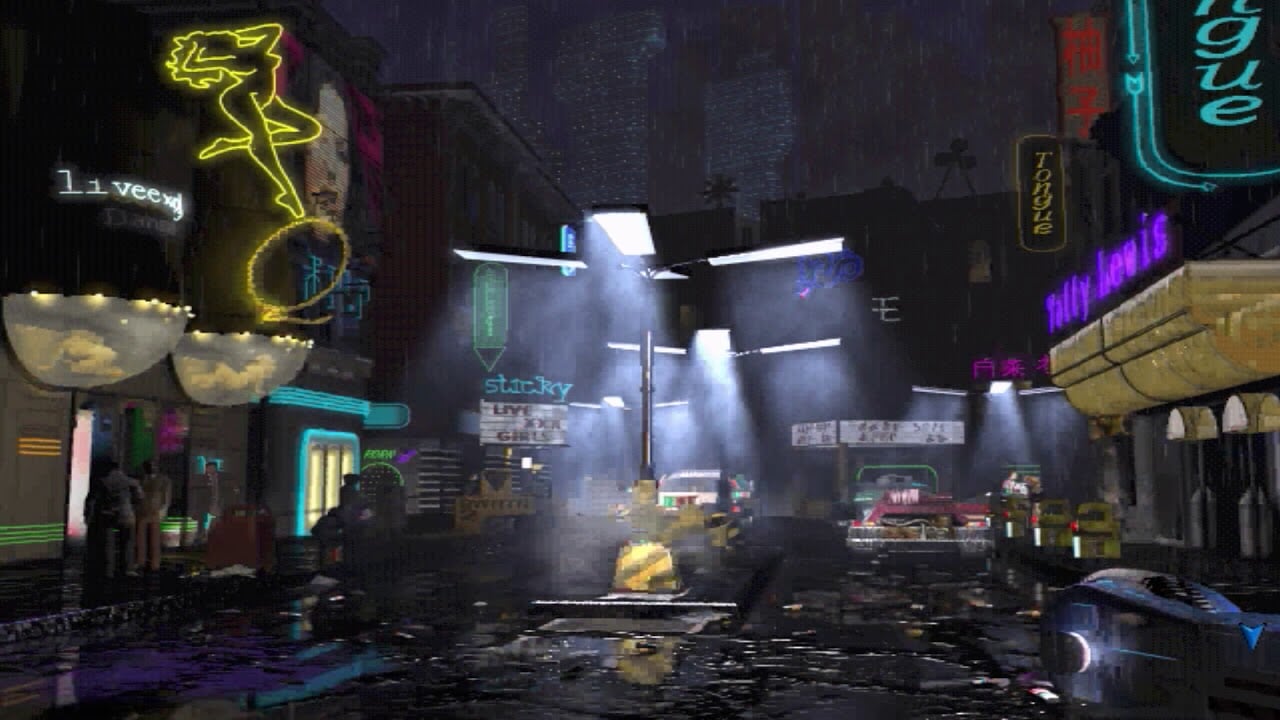 The best place to start is with the classics. A detective quest from Westwood Studios based on Ridley Scott’s Blade Runner was released back in 1997 and became a cult classic – it is unanimously the best game based on a motion picture. But Blade Runner was released only on disc, and after a few years Westwood Studios closed, which made the game an increasingly rare artifact over the years. 22 years later, the GOG platform (by the way, directly related to the authors of Cyberpunk 2077) has finally released a fully working, digital and licensed version of the game.

The story and gameplay are in the spirit of the original film: the main character Ray McCoy is a blade runner, exploring Los Angeles in 2019 in search of escaped replicants. For this task, Ray uses various gadgets, such as the ESPER photo-analysis system and a portable evidence database, and, of course, interrogates the oncoming characters (there are more than 70 of them) in order to identify those who only pretend to be real people. The game looks good even after all these years thanks to the art design, the use of pre-rendered backdrops and the animation of the characters using the motion capture of the actors. The actors of the film of the same name participated in the dubbing: Sean Young, James Hong, Joe Turkel, Brian James and William Sanderson. 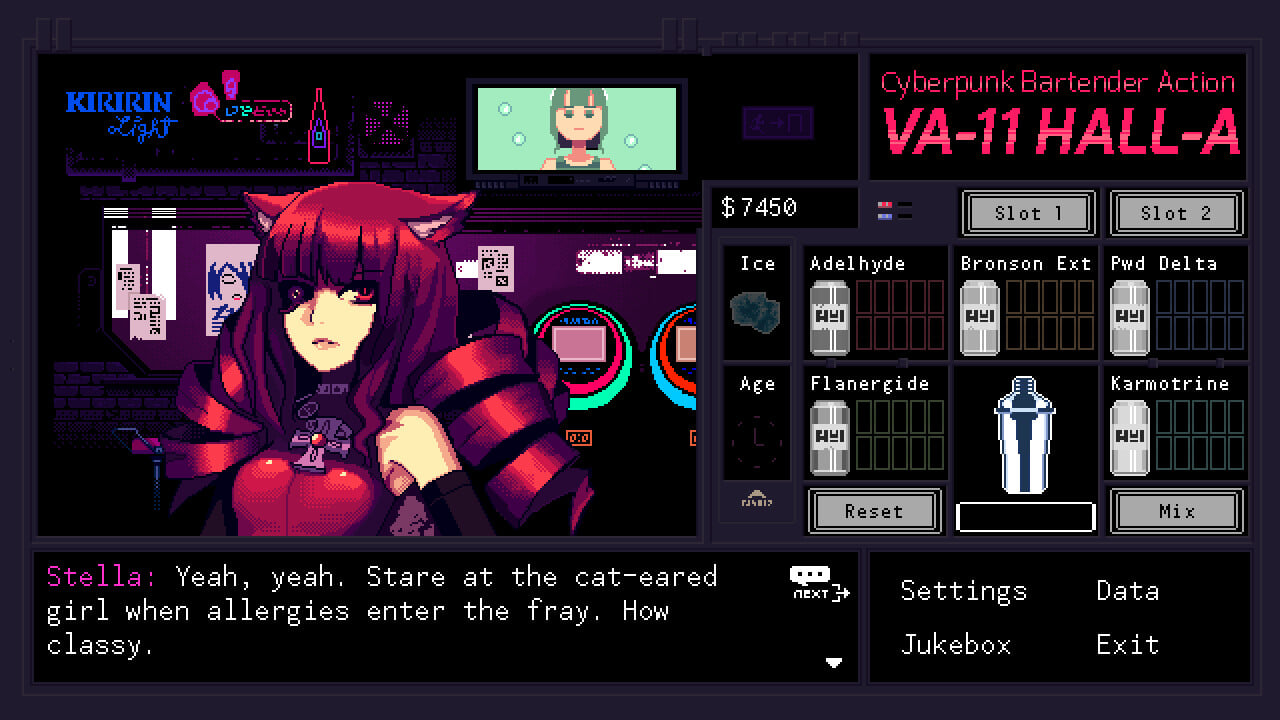 As the name suggests, this is a simulator of a bartender for a small establishment VA-11 HALL-A (aka “Valhalla”), located somewhere in the middle of the cyberpunk city of Glitch City. The gameplay has enough nuances, but its essence is simple: clients come to you, you prepare the necessary cocktails for them, change the tracks in the jukebox, perform various plot tasks in between times. The charm of VA-11 HALL-A is precisely in communicating with many colorful characters: drunk, they share with the players a variety of unexpected stories about their lives in this dark future. And so, client by client, the image of the city itself, in which the game takes place, is revealed. At the same time, many of the guests here are pretty girls (waifu), and some are dogs.

VA-11 HALL-A is completed in about 10 hours and during all this time it does not bother at all. 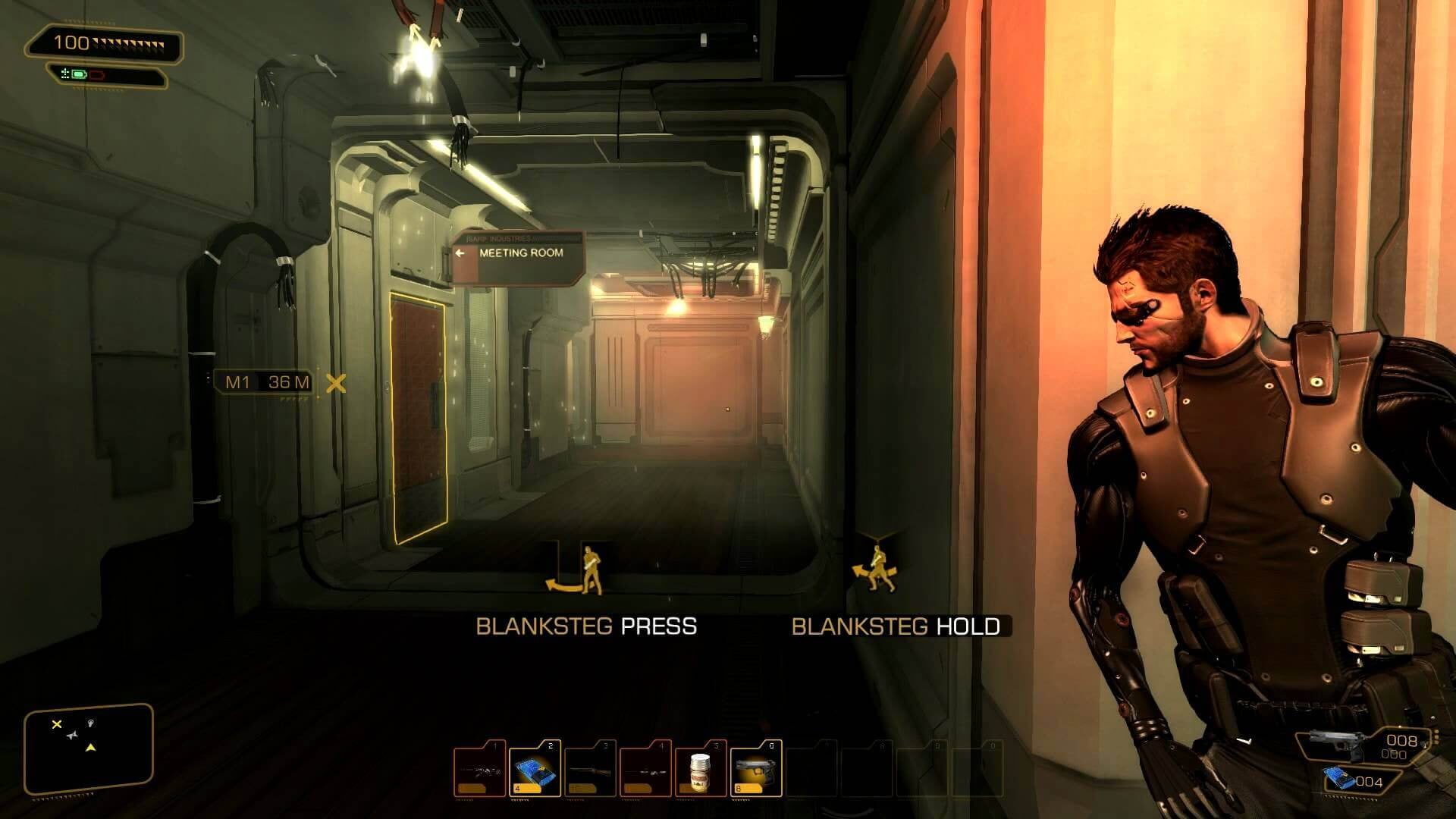 Of course, it is advisable to start acquaintance with the cult series of role-playing games Deus Ex with the original game of 2000, but it did not age very well in terms of graphics and individual mechanics, and also reflects a completely different situation in real-world politics. Human Revolution is not as large-scale and ramified, but it perfectly captures the spirit of the original, telling its own story. In the center of the plot are world conspiracies, such as the Illuminati community, as well as transhumanism, class division of society, dependence on augmentations (improving the human body through mechanical upgrades) and fear of them. High technologies are shown here as a blessing and a curse, leaving the player himself able to draw conclusions. In a word, the purest high-budget cyberpunk.

The game can be played in many ways: shooting enemies, using gadgets and augments, solving conflict situations with diplomacy. 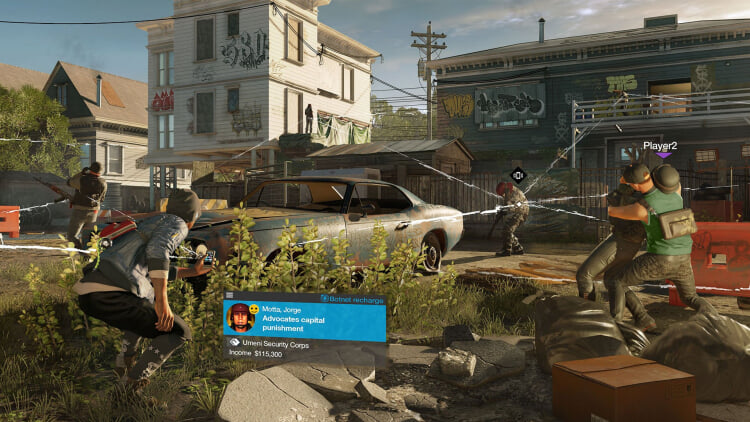 Watch Dogs 2 is further from the classic cyberpunk than the other games on this list, but closer to our not-too-distant future. As in the first part of the series, in the center of the plot is a city, where all gadgets and infrastructure are connected by the universal operating system ctOS. The global “Internet of Things”, of course, adds convenience to the residents of Chicago, but also provides unlimited power to the corporations that manage it: for example, in a couple of clicks, you can rewrite the entire digital biography of a person and turn him into a dangerous criminal. The hacker group Dedsec, in whose ranks the main character Marcus, is also devoted to the fight against the dangerous system.

The game has a rather sketchy plot, but it shows the fun side of cyberpunk – here you can use any near-futuristic devices as your own toys. For example, spying on people with drones and cameras, hacking cars, overloading electrical panels, and so on. A great opportunity to feel truly omnipotent. 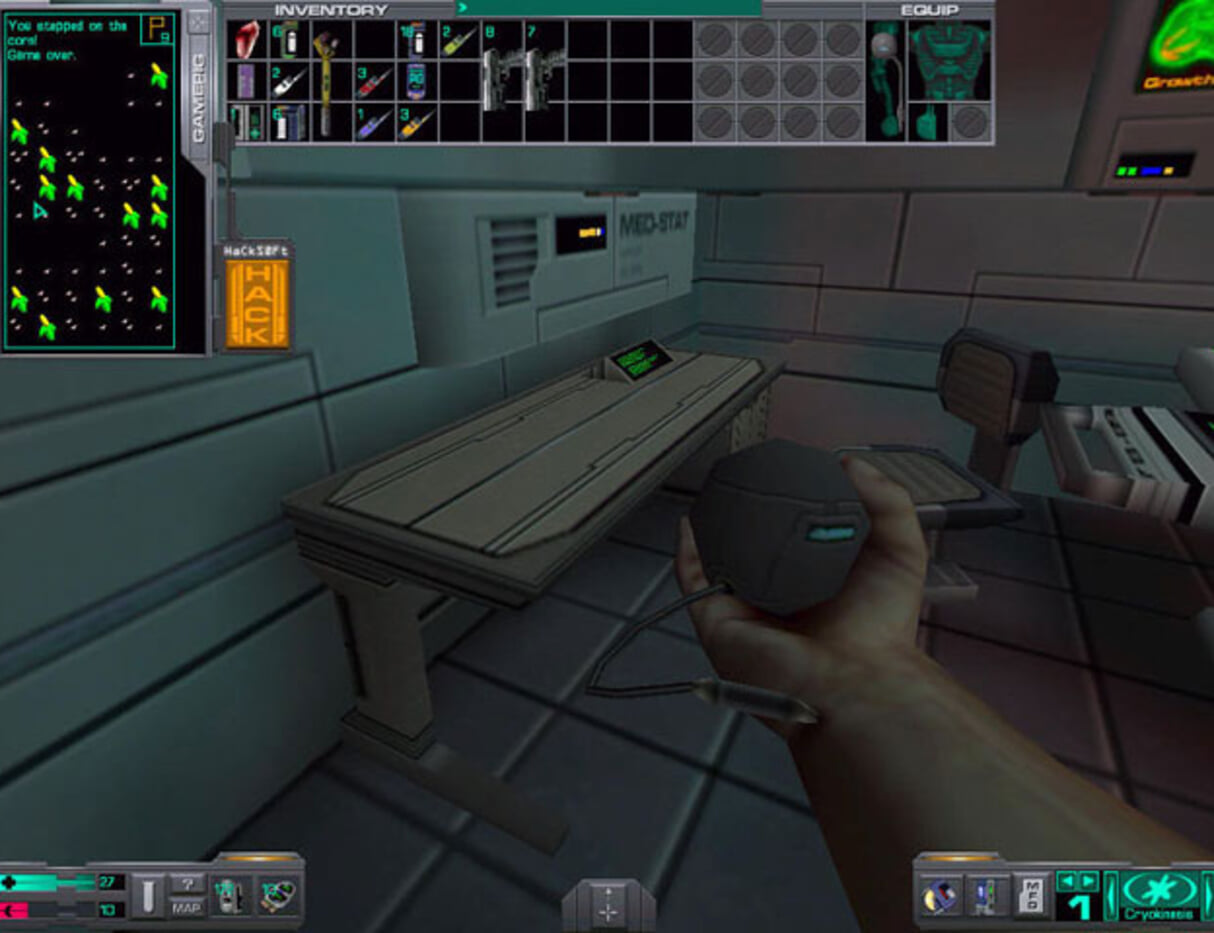 Another cult classic and just a good FPS-RPG in the setting of sci-fi horror – it was the System Shock series that became the progenitor of Bioshock and Deus Ex.

The main character wakes up from cryosleep and discovers two very unpleasant changes: a handful of cybernetic implants were implanted into his body, and the crew of the Von Braun spacecraft was killed by someone. Instead of the usual people, the corridors of the ship were filled with deadly infected, and AI SHODAN, one of the most famous antagonists in the history of games, is running the whole nightmare. Under the ridicule and psychological ridicule of the sinister program, the player needs to reveal the secret of what happened on the ship and, preferably, somehow escape.

The game has three branches of skills: hacking skills, weapon effectiveness, psionic abilities. The character can be developed to suit your style of play and gradually explore the rich world of the game: for example, by finding and listening to the audio diaries of the deceased team. You can even play in co-op with up to three people.