5 minutes with the General: explained why FlyToMoon didn’t go to the org, and confessed his love for his BMW – Wall – Screed – Blogs

After three years at NAVI, Victor Nigrini had a difficult stage in his career: Odium, setbacks and a short break. But now he is the most stable offlaner in our region, he has up 10k, and his combination with Aloha terrifies rivals.

Alexander Rodichev chatted with the General and found out:

• How and why he got into FTM

• Why Odium broke up

• Where did his signature Sand King disappear?

• About compromises because of Rubik Aloha

• Why his BMW is the best in the world.

– Six months ago you became a FlyToMoon player. Why did you choose this particular team and did you have any other options?

– There were a couple of options, but I can’t say anything specifically, I don’t remember myself. Fly called me to FlyToMoon, I didn’t even agree right away, but then I slept with this thought and decided – why not? With all the players except Iceberg, I have already played in various teams (Odium, Team Empire, Team Ukraine), and in Bodyan I was sure that he is a good mid lane, only you need to set his skill the right vector.

– Odium was also more of a stack, but that lineup quickly disintegrated. How is FTM different from Odium?

– In my opinion, the players simply did not stack in Odium. Alik (V-tune) was still quite green, and I had just moved to mid. The absence of the captain and very high expectations played a role. In FTM, it’s different: we have not only strong individual players, but also experience and so-called chemistry within the squad.

– It is widely believed that you hardly train: Iceberg is always streaming, Aloha is playing poker, Fly is in the mafia. And how does everything really happen?

– When we have days of rest, the guys do whatever they want, that’s their business. Our training is stable. I would say the ratio of training days to weekends is 5: 1. Anyway [almost] all the guys play a bunch of pubs every day.

– What is the thrill of being an unsigned organization?

– Plus – you do what you want, minus – there is no salary, that is, you pay for transfers / bootcamps yourself; some operators may be less willing to invite to tournaments.

– Have you received any offers from organizations?

– Why did you give them up?

– From the obvious: the results cover the same salary for us, there is little sense in sharing with someone; Plus, streamers have quite large requests, and even now there are simply no “good” name orgs who would like to sign us.

– Should we expect line-up changes for the new online tournaments?

– There will definitely not be replacements.

– Have other teams tried to intercept someone from your team?

– No, they didn’t try to intercept.

– Sand King disappeared from your pool, where you always destroyed opponents. Is the hero that bad?

“The hero is really no good now. And when I was falling apart on it, it was the overblown 3rd sang, against which people did not know how to play.

– Aloha admitted that in almost every situation he asks Rubik to say a word to him. Esomehow hits your hero pool?

“Perhaps I’m only less willing to take rangers. In my head, with rare exceptions, to balance the line, there should be a melee + a ranger. The support must compensate for the offlaner’s shortcomings and vice versa. For example, if Aloha Rubick – then I cannot be a Batider, because counterpicks to these heroes are the same (Nix, Slark, Phantom Lancer)

– How do you like the new patch? Have you already looked at some heroes?

– Global did not notice anything. Everything is the same. The Beastmaster is not a hero.

– You played with Sonneiko for a long time. Most recently, Akbar left NiP. How do you think why? Is he really a difficult person?

“Sonneiko is not an easy person. It’s nice to play with Akbar, especially when you have results (and they usually are), but problems come out after failures, and after even the most insignificant ones. I think NiP had the same story. Soneiko just lost faith in his teammates, but these are just my guesses.

– You trained with Solo and Noon last year. Did you have the option of becoming a VP player? If so, why didn’t it work out?

– I don’t think there was such an option. Of course, I will offer them my candidacy, but they immediately made it clear to me that they were not very interested. And we played together because there was party-matchmaking.

– Planning to revive your YouTube channel? It hasn’t released new videos for a long time.

– There are no plans for YouTube. I want to play and win LANs. And, of course, go to the International.

– Can you give some advice to young players looking to get into esports?

– I advise you to focus exclusively on your game. Make it a rule to use a voice only for the purpose of providing useful information and / or maintaining morale. All dissatisfaction / claims – under your breath or silently.

– By the way, you have a very cool BMW, why did you choose this particular model? What car would you like to buy in the future? 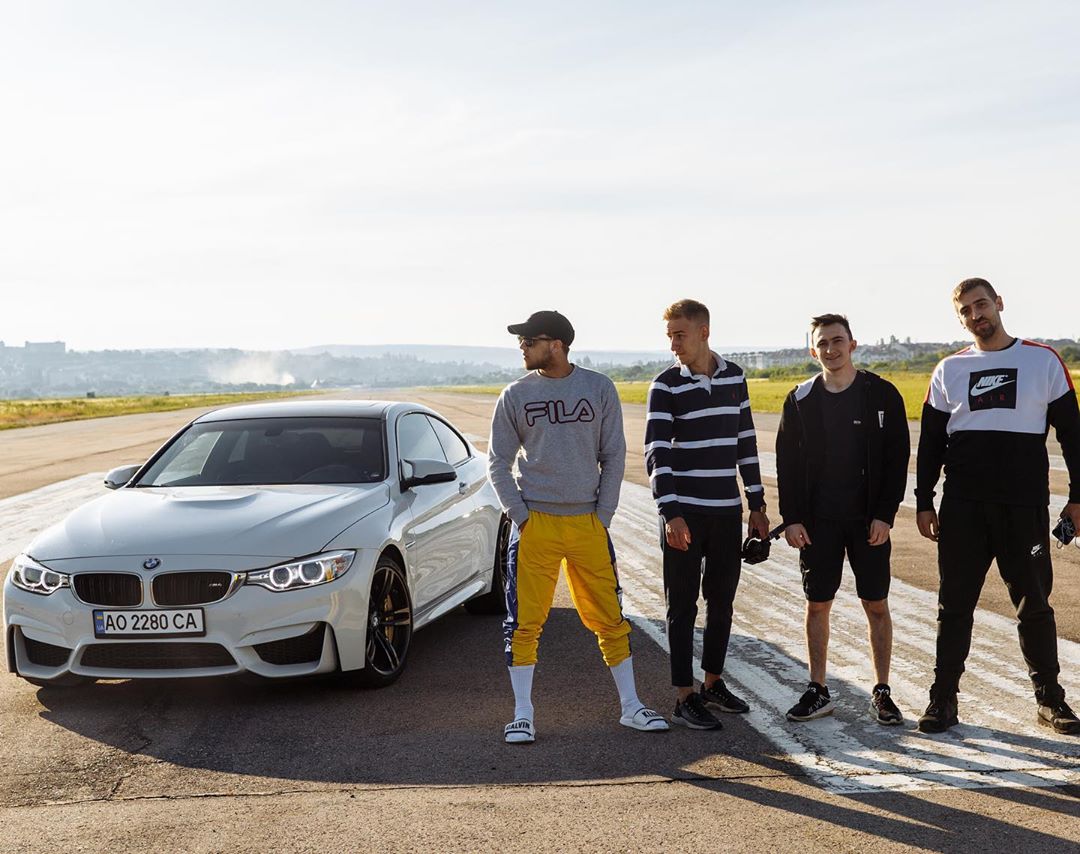 – Very cool? She’s the best. You can’t find such a balance of quality / emotion / price / appearance. I drove quite a lot of cars, but such synergy was not even close. I know what she wants – she gives what I need. No, this is not a promotional snippet: D For the future, I am considering the X5 / 6m and 911 turbo s.

Special thanks to the FlyToMoon roster manager Sergey “AnahRoniX” Bykovsky for arranging the interview.

“Dziuba and Azmun complement each other.” Byshovets – about Zenit strikers