A guide to Clockwerk-four. From “the son of the watchmaker’s son” to the deadly tin can – The Sixth Player – Blogs

From the Editor: you are on the blog “Sixth player”, Where the author writes about warding, subtle mechanical moments and analyzes matches. Leave comments and put pluses to support the author!

Clockwerk – an aggressive hero for the fourth position, who can be attributed to the champions with a low entry threshold, but only true masters of tin kung fu can reveal his full potential. I did not dare to write about the macro-aspects, because they depend on the understanding of the game, and I have it at the level of “a year ago I trained some kind of shooting-27 team for fun.” My task is to provide a set of mechanics and their understanding that you can superimpose on your personal experience to become the most formidable tin of your area. 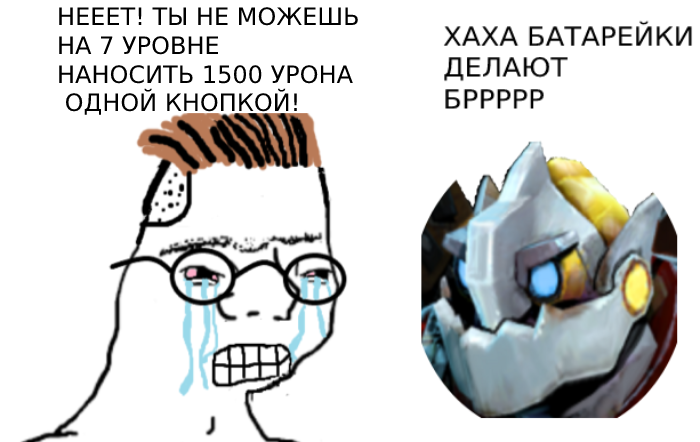 In order to inflict all the damage, we need to lick the enemy within a radius of 275 for 10.5 seconds, preventing him from reaching allies and creeps that will share the damage and microstones with him, or a tower, under which we do not need to climb for no particular reason.

We call on 8 charged gears that surround Clockwerk and all those who unfortunately happened to be near him: 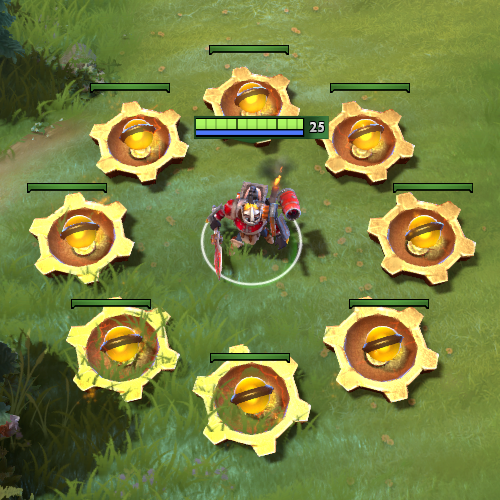 The cog strikes the first creature that comes closer than 185 units from the outside. Each small fry can deal only one blow, but it knocks the creature back at a distance of 300 at a speed of 300 units per second, and also burns out mana in addition to hp.

We release a signal flare at any point on the map, which, at the end of the flight, deals a little damage 80/120/160/200 and gives vision for 8 seconds. The rocket flies at a speed of 2250, but how to remember how many seconds it will fly from the center to the top line, etc: 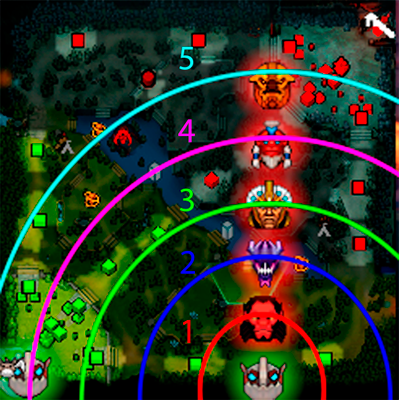 On it, each of the circles shows the number of seconds that the rocket will fly.

And now the quiz:

The level 20 talent says “Rocket Flare Reveals Invisibility.” Which of these the upgraded rocket will not detect: 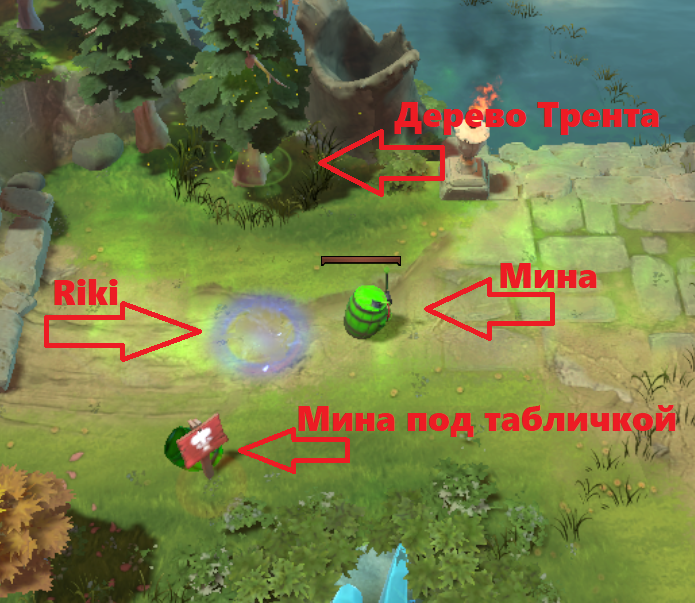 Write your options right now in the comments, and the answer will be at the end!

The ability, which opens with the purchase of Aghanim, resets the cooldown of all abilities and temporarily speeds up movement (40%) and attack (+200). After the effect ends (8 seconds), stuns the wearer for 4 seconds. 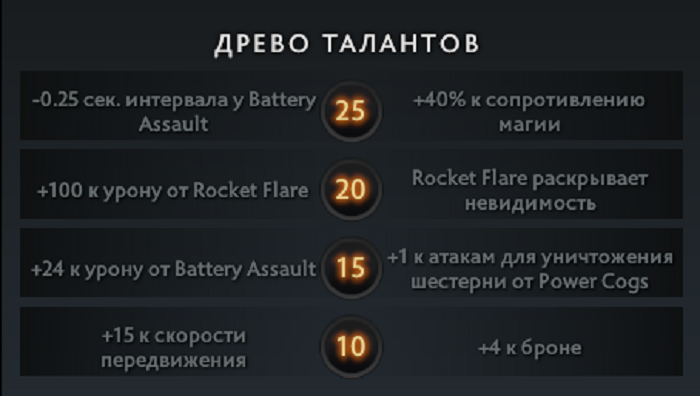 We almost always take Batteries at level 1 and pump them to level 7. An exception can be considered the study of Power Cogs at the 1st level in the following cases:

I play 4th position Clockwerk, so I will briefly tell you what items and why I take:

Ancient tokens in the defense of the Ancients

We can push the creature a little with our claws if it is in the radius of their appearance. This allows us to: 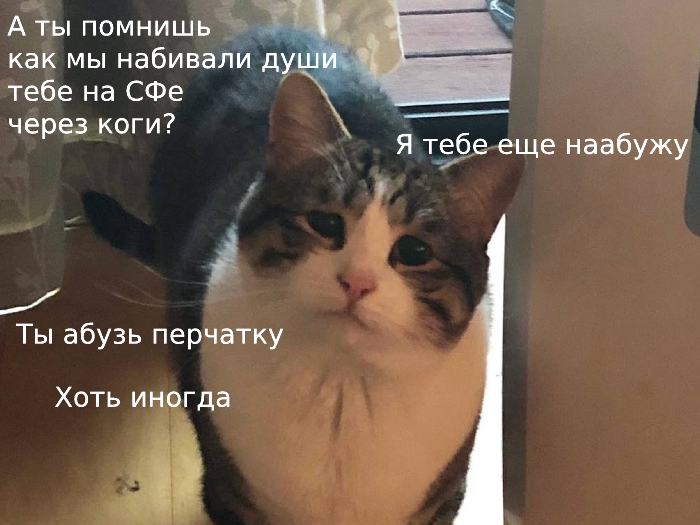 With the help of the power gears, we can block both forest camps, to which the creeps on the bottom lane are displayed: 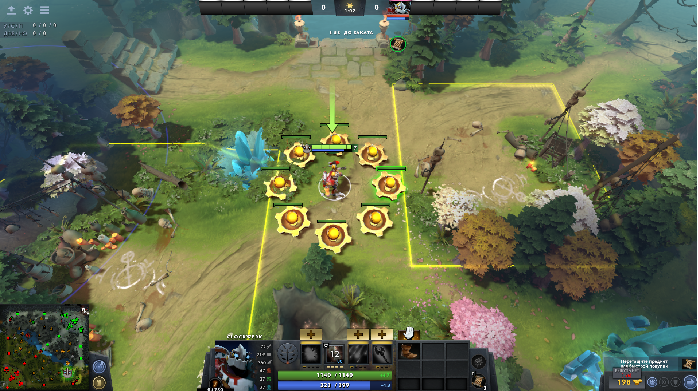 Yes, these millimeters are enough, and neutral creeps do not appear. Personally, I focus on the crystal on the left, but in a couple of minutes in the lobby everyone will succeed!

Power cogs give an overview

Sometimes it is useful to place your kogi so that one of them appears at xg, giving vision in a small radius:

And the coolest it looks in the forests at the edge of the map, where the opponent can hide behind every pine tree:

Increasing the chances of finishing off creeps with Rocket Flare

When our lane kill potential goes to zero, we focus on farming. And to increase the chances of finishing off a ranged creep along with Rocket Flare, watch the following video:

Bullet on the line

If we are stronger, then we try to catch the moment when enemy heroes are vulnerable:

Consider a less rosy situation, what to do if you have already been gagged several times in the top and it is impossible to stand on the line:

We get full experience and gold from the pack, and the opponent loses it.

Knowledge check. Arrange the benefits and gold received by the Gyrocopter if it leads an enemy wave of creeps along each path, in ascending order (from worst to best): 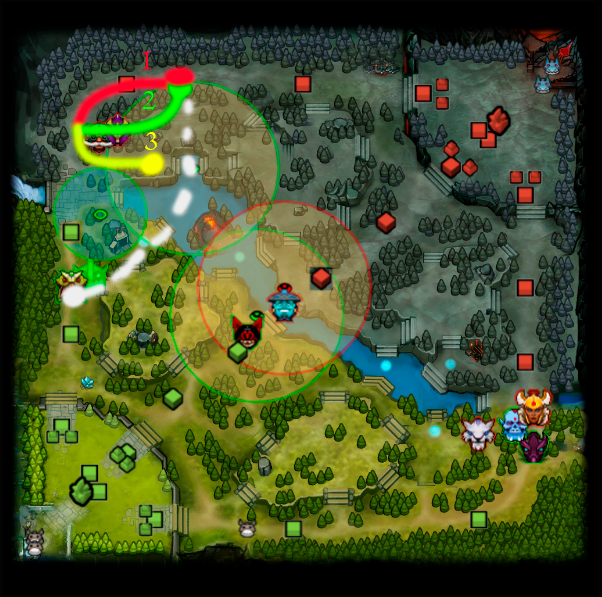 Here is my opinion:

What do you think? Write in the comments!

PS Sneyking deprived Gyrocopter of the 3rd option by blocking the camp with his carcass, which means that Yawar on the Helicopter had no choice.

Block of the first pack of creeps

If the lane is heavy or we were sent to solohard, then with the help of Power Cogs it is possible to significantly slow down the creeps, locking them in gears:

It turns out even for me, which means it’s elementary to do it! 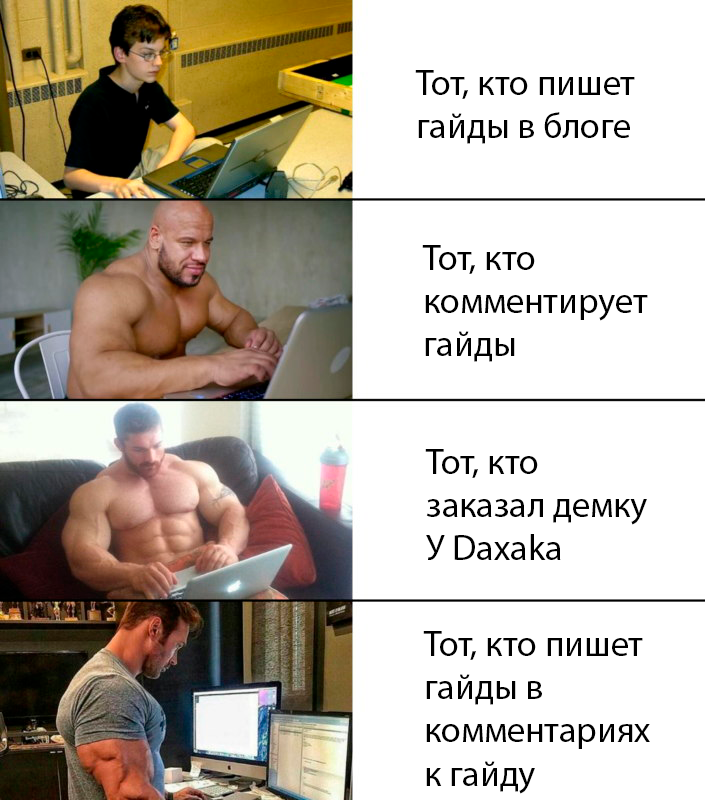 We can use items during the hookshot. We can stun with a hook without being pulled to the enemy:

You just need to press Force staff or Eul during the flight. Have I needed this at least once in 7 years? No, but now you also know this useless information.

Answer to the quiz 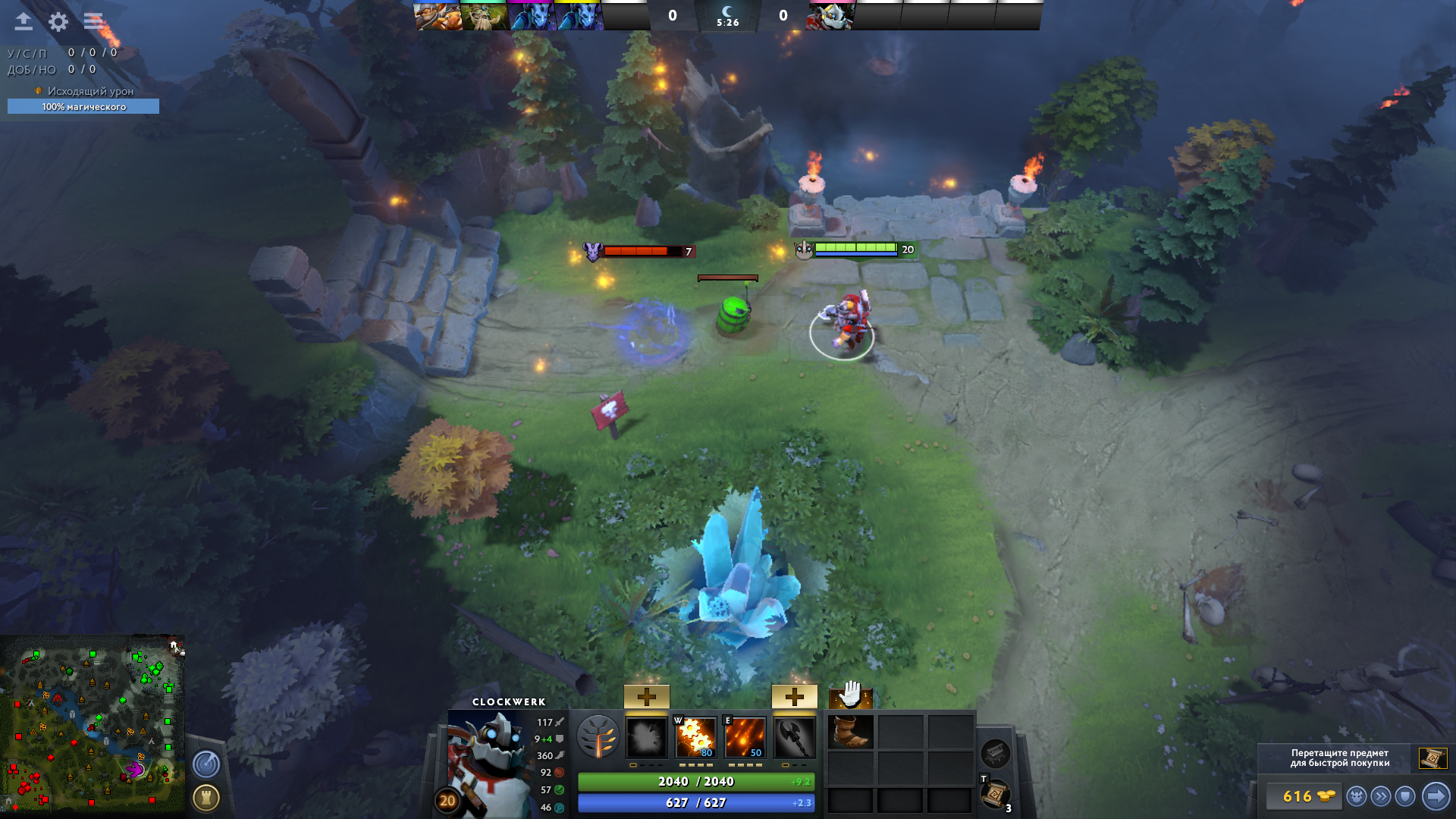 Finally about the hookshot

The last important and used basic feature. In a match against an opponent who doesn’t care that he ends up in cogs, the best solution would be to extend control over him by 1 second, pushing him 300 units towards his allies:

At the end of the stun from the hookshot, extend it for a second with kogs. Simple and effective! 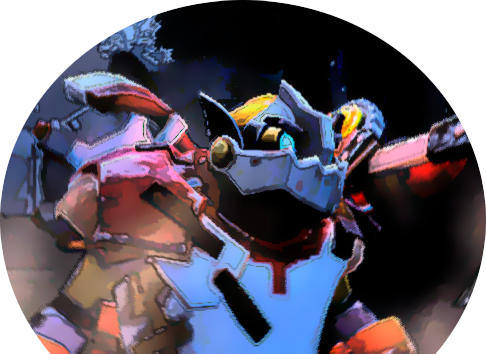 Clockwerk is an extraordinary hero with the ability to create beauty in every game. I hope you learned today some new mechanics, letters, from which you yourself need to make the word “Victory”. The main thing is that I do not give you the letters “A”, “P”, “O”, “Zh”, otherwise several hours will fly by in vain. ; D

Thanks for your attention

Girls of belfootball players on vacation: sun, beach and swimwear 🌴😍 – Girl of the day – Blogs