At a general meeting of RPL clubs, they suddenly organized a new attempt to expand to 18 teams. The boss Sergei Pryadkin gave the floor to people from Wings and Orenburg.

1. A year ago, the league was in favor of expansion, but for some reason it did not expand. It’s time to improve.

2. The virus violated sports principles by disrupting several matches. To fly out in such conditions is unfair. Orenburg suffered six defeats in a row – two of them were technical. And after the match with Lokomotiv, the club sent 31 employees (including football players) to self-isolation.

Even the vice-governor of the Samara region came to defend the interests of “Wings” (presumably it was Viktor Kudryashov). On July 17, State Duma deputy Igor Sukharev stood up for Orenburg – he wrote a letter to the Ministry of Sports, RFU and RPL with a request to keep the team in the RPL. And the director of the club, Dmitry Andreev, after the departure said that the places were played “a little not according to the sports principle.”

Head coach Konstantin Paramonov came up with a strange scheme – he suggested expanding the league in order to reduce it again.

“At the end of the season, I didn’t see the sports component. If the league was expanded, it would be great. I have already suggested this idea. If possible, I suggest expanding the Premier League. Make this season experimental. Perhaps at the end of the next championship not two teams will be eliminated, but four “…

Only two clubs supported the idea

It is interesting that “Orenburg” tried to push the expansion through the RFU – the executive committee of the union ignored the question. When Khimki announced that they were still rising from the FNL, Orenburg had a new partner in this fight – Krylia Sovetov, who lost their chance to save their place due to a fortunate coincidence (Khimki’s refusal). 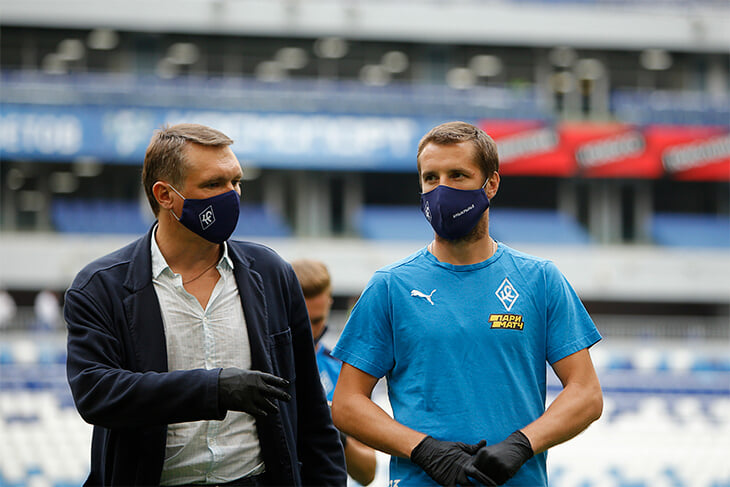 As a result, residents of Samara and Orenburg managed to organize a new vote on enlargement, but the majority opposed, only for “Akhmat” and “Rubin”.

The majority decision is logical. We discussed all the disadvantages of the reforms back in the winter, when the RPL almost pushed the idea with 18 teams. In short: in the event of a rash expansion, attendance will drop, TV ratings will drop, there will be more passing matches, operating expenses will rise significantly and lead to losses (PwC study, which the league itself ordered). Details – in big analysis Vlada Voronina.

So far, Russian football has managed to fend off this obsession. But it occurs so often that it is alarming.

Krasnodar had a gray season, but Musaev cannot be fired. Injuries killed the team – SBG-blog – Blogs