A team of fugitives who played football despite the persecution and the prison. And then she found freedom – countercalcio – Blogs

Editor’s note: you are on Sergey Bondarenko’s blog countercalcio, it is dedicated to unique stories from the world of sports. Subscribe and support the author with pluses and comments.

The 1957 Festival of Youth and Students in Moscow came suddenly, as Spanish Inquisition… Public debate, dancing, parties: nightlife in a city where, until recently, political arrests were the only form of nightlife – all this made an incredible impression on 36-year-old Mohammed Boumezrag. At a decent age for young people, Boumezrag arrived in Moscow from an independent Algerian delegation to study socialism and get acquainted with comrades from all over the world. A member of one of the sections of the National Liberation Front of Algeria, he returned from the USSR with a ready idea – to assemble a new football team.

By that time, the FLN had already existed for three and a half years – from the very beginning of the Algerian war with the French metropolis. By 1957, in the West, he was already firmly associated with a group of militant terrorists who were organizing massacres in French quarters and executions of civilians (however, the French side looked a little better). As the conflict became more and more violent, it became clear to the diplomatic and emigrant wing of the FLN that only partisan actions and a public campaign in the Arab world could not change the situation. Algeria needed its own goodwill ambassadors – and preferably without the Kalashnikovs. 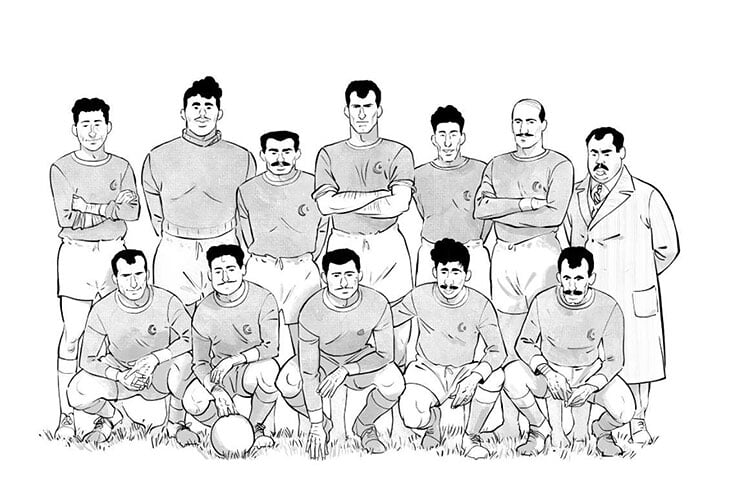 The idea was kept secret, and even the French special services, tracking the movement of the French wing of the “front-line soldiers” in Europe, did not know why the young married couple, Mohammed and Kadija Mausch, went on their honeymoon in France in April 1958. The rally began in Paris, followed by Le Havre, Rennes, Bordeaux, Nimes, Troyes and Reims.

In each of the cities, Mohammed Maus, the Reims player himself, found the right Algerian footballer of the local club and conveyed a message from the FLN to him – on April 14 you need to flee from France to Switzerland, and from there fly to Tunisia, where the first ever football team will be assembled Algeria “.

It was the year of the World Cup in Sweden, and the expanded France squad included Monaco center-def Mustafa Zitouni and Saint-Etienne forward, 1957 national champion Rashid Mehloufi. Both were also reported missing on 15 April when L’Equipe came out with the headline “9 Algerian footballers have disappeared somewhere.” 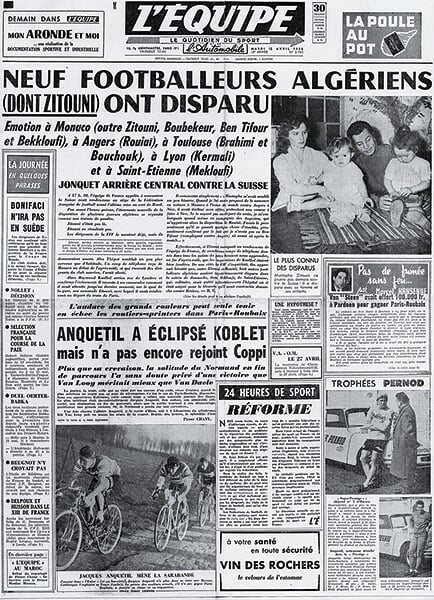 At the last moment, the Swiss Montreux was designated as the meeting place for the players. The news reached everyone except the busiest midfielder Mausch, who had arrived in Lausanne on initial instructions.

Without finding out what had happened, and without meeting anyone, the upset Mausch returned to Paris. There he learned of his mistake and tried to leave again, but was arrested by the French authorities – so instead of the new Algerian national team, Mausch ended up in prison.

The flees continued for several months. In total that spring, on the eve of the World Cup, 30 professional players of Algerian origin got out from France.

Revolution on the field

The independent national team of Algeria went on a tour of the socialist countries, which during the Cold War, only briefly warmed by the Festival of Youth and Students, was still a good half of the world.

One of the first stops was Yugoslavia. It is difficult to restore the level of preparedness and the level of the local national team, which came out against Algeria, but the Africans shocked the local audience with a major victory – 6: 1. The team played no less successfully in Romania. In Czechoslovakia, 4 teams of the second division were beaten. In the Soviet Union, the “revolution” lost only twice in 6 matches: “Rostselmash” 1: 2 and Odessa “Chornomorets” 3: 4. All these were notable successes – before the official debut of the African national team at the World Cup, there were still 16 years left (Zaire played in Germany in 1974), and in Europe, African football was quoted no higher than Martian.

In the meantime, the French football federation quickly got from FIFA a statement that the world tour was illegal and a promise to disqualify all countries that will host matches of the unofficial Algerian national team.

Around the world on the left side

It is unlikely that this greatly frightened comrade Ho Chi Minh (also a great lover of everything French) – a few months later he officially hosted the Algerian national team in northern Vietnam. In the same year, they raised the Algerian flag and east Jerusalem, in a match with the local Palestinian national team.

In 4 years of travel, the Algerian national team in exile played 86 matches on all continents – everywhere except Australia and North America, where leftist ideas were more difficult to take root.

Along with the increase in the number of matches, the French metropolis was losing its authority and legitimacy, in France itself, the supporters of the Algerian military campaign – extremely painful and cruel – became less and less. Algeria, the oldest French colony (1830), was declared independent in 1962. In the same year, “11 independents” became a member of FIFA. 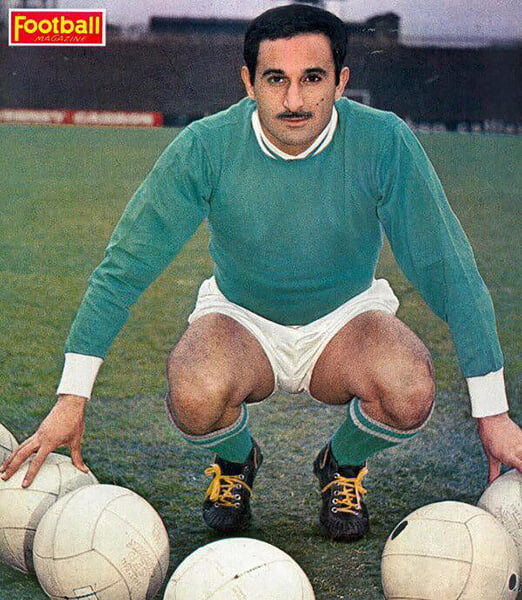 Mohammed Boumezrag had already finished his playing career by that time. Now the Olympic Stadium in Algeria is named after him. The main star of this team, Mehlufi, in 1958 convinced his partners to play according to the 4-2-4 scheme (the Brazilian national team played in the same championship year in Sweden), then played out in the new Algerian national championship. In 1982, Mehlufi was the head coach of the national team at the World Cup – the Algerians sensationally defeated the FRG and took third place in the group.

Mohammed Mausch was released from prison in 1960 – in one of the waves of public protests against the persecution of supporters of Algerian independence. He, as the chief scout, was also included in the team.

More about football and freedom, and about freedom from football – in the cart “Hit forward – the game will come“

RPL has published a calendar for the 2020/21 season. CSKA and Spartak will play in the 7th round

Aghanim who don’t buy. And in vain – 2k Analytics – Blogs