Only one correctly named the first 4 places.

That’s it, RPL is over! Zenit are the champion, Orenburg and Krylia are eliminated, Spartak was left without European cups. This is how the final table of the Russian championship looks like.

In July 2019, Sports.ru authors predicted how the season would end. It’s time for the results!

To make it more fun, let’s count who did better:

• For a correctly named place of the team – 1 point; 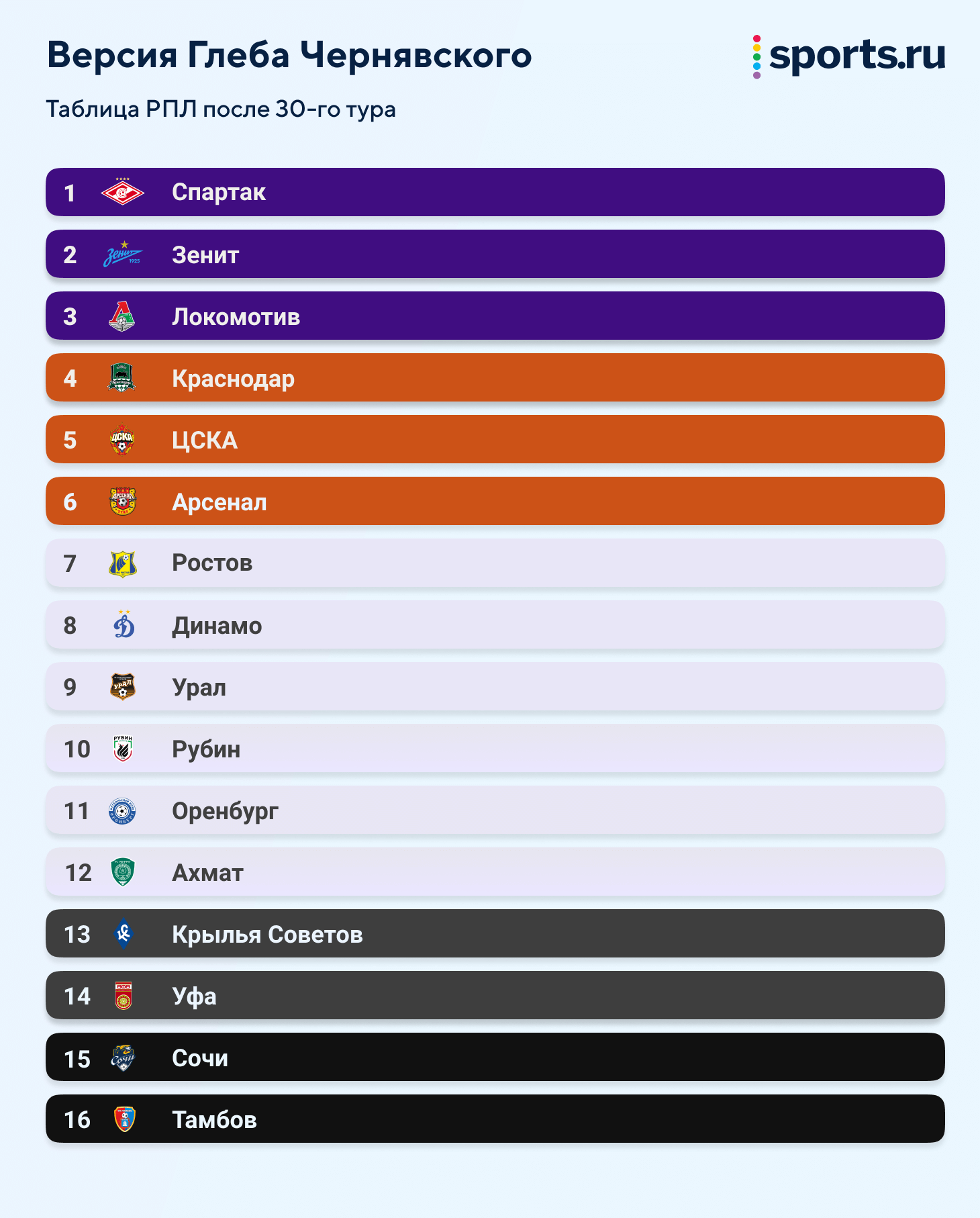 Qualification: Zenit and Lokomotiv in the Champions League, CSKA in the LE – 1.5 points;

Quote: Zenit will confidently lead until the winter break due to Azmun’s goals, but some West Ham will buy it in January (or “Udinese”). This is the end of Semak’s championship campaign, because there is no one to replace Serdar: they are getting rid of Anton Zabolotny in St. Petersburg.

Then Oleg Kononov will act: the head coach of Spartak waited for the transfers and got the tops from European clubs – Ponce from Roma and Badu from Wolfsburg. 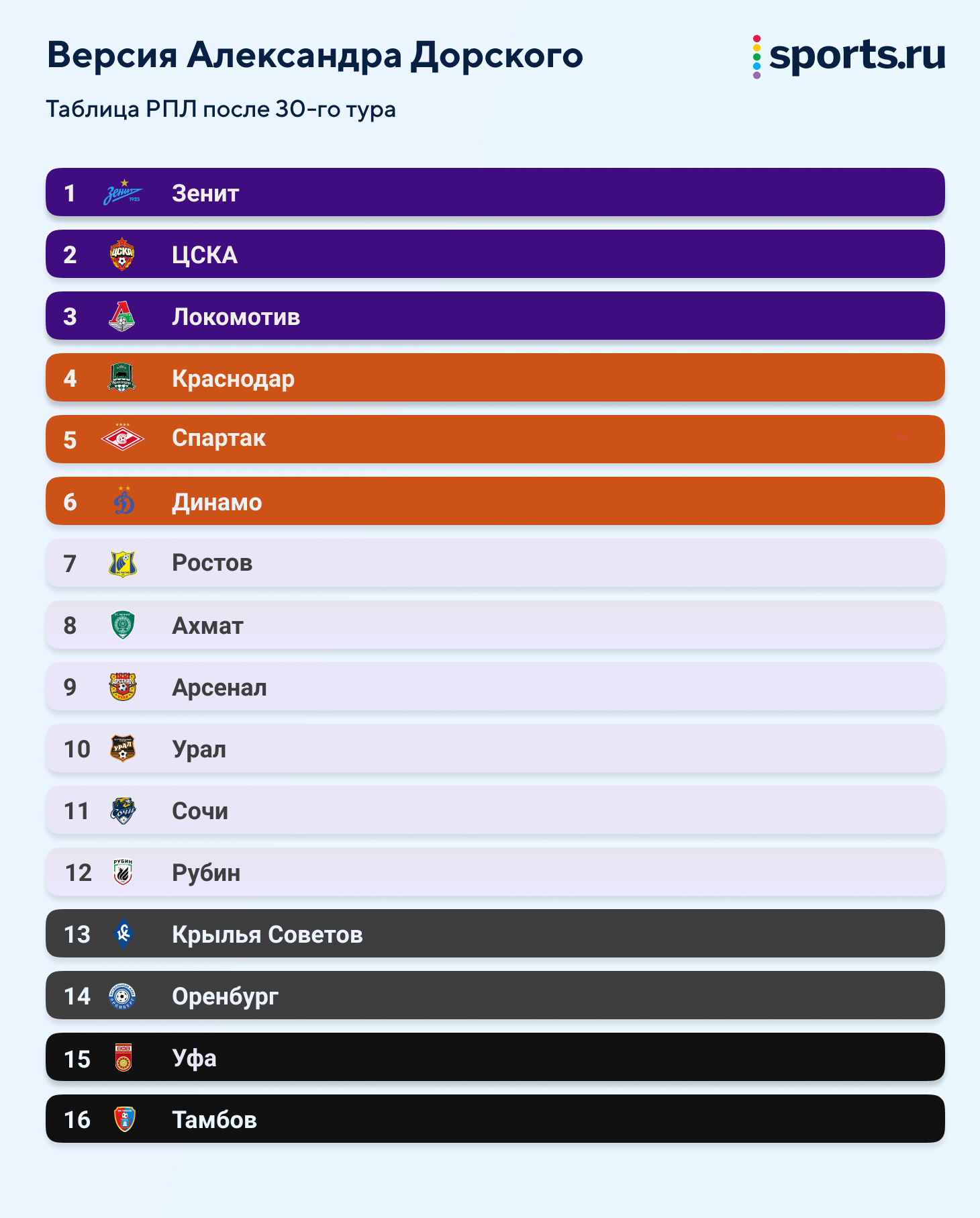 Qualification: Zenit, Lokomotiv in the Champions League, Dynamo in the LE – 1.5 points.

Quote: “Sutormin’s transfer changed everything. Seriously though, it will be much harder than last year because of the Champions League. But transfers (and in the last six months everyone is a class, and there will be more this summer) should help keep the title“. 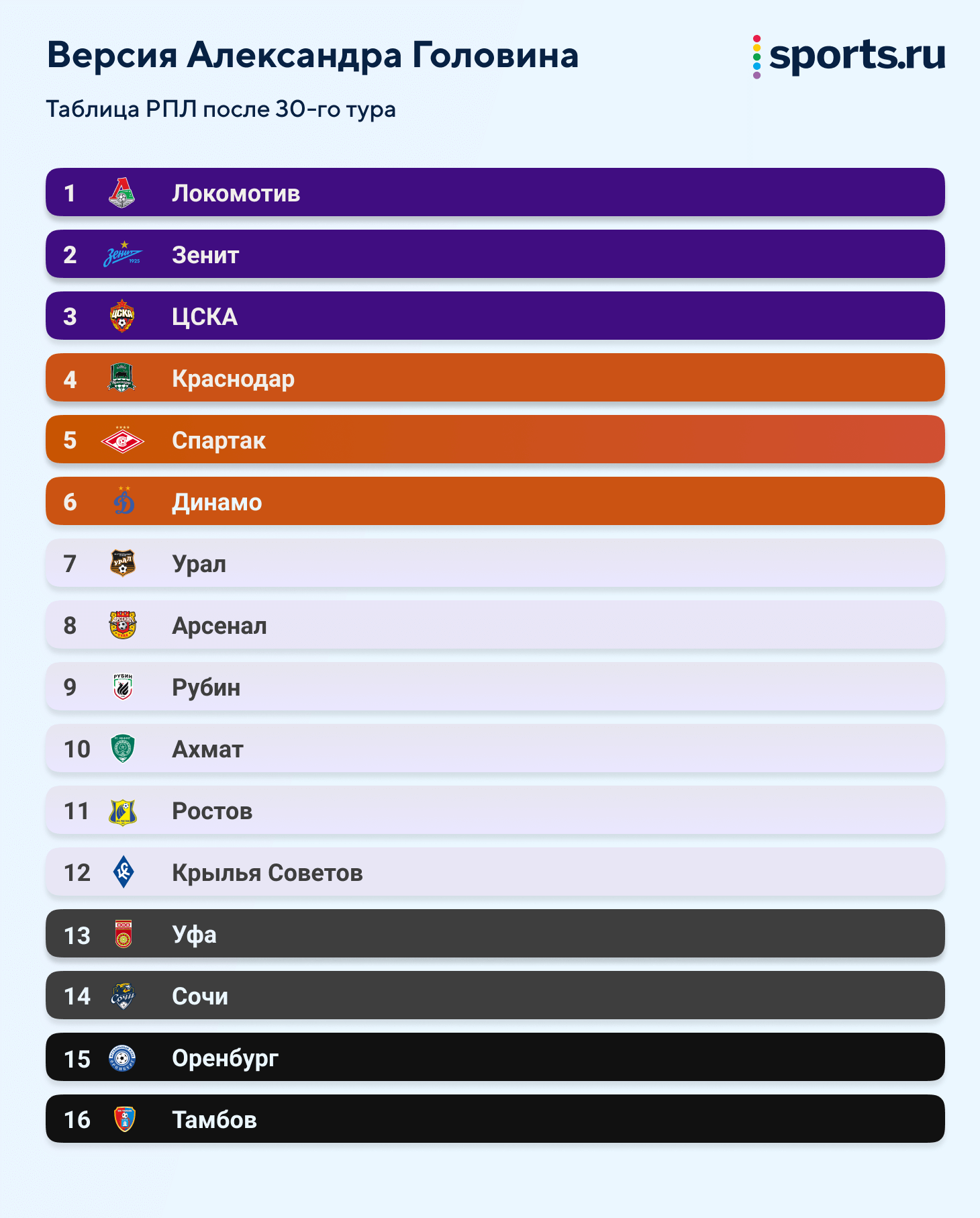 Qualification: Zenit and Lokomotiv in the Champions League, Dynamo in the LE, Orenburg in the FNL.

“For the last two seasons, people around said that Semin does not know about XG, confuses players in training, and Loko is just wildly lucky – the team will soon collapse. After a conversation with Palych, I was even more convinced: in the case of the RPL, any tactic is quackery, and Semin is strength…

In the Champions League, this, of course, will not help, but there they do not expect much from Loko, unlike Zenit, which will again fall into the lightest group, fly out of it and tumble into the RPL in a trailer. “ 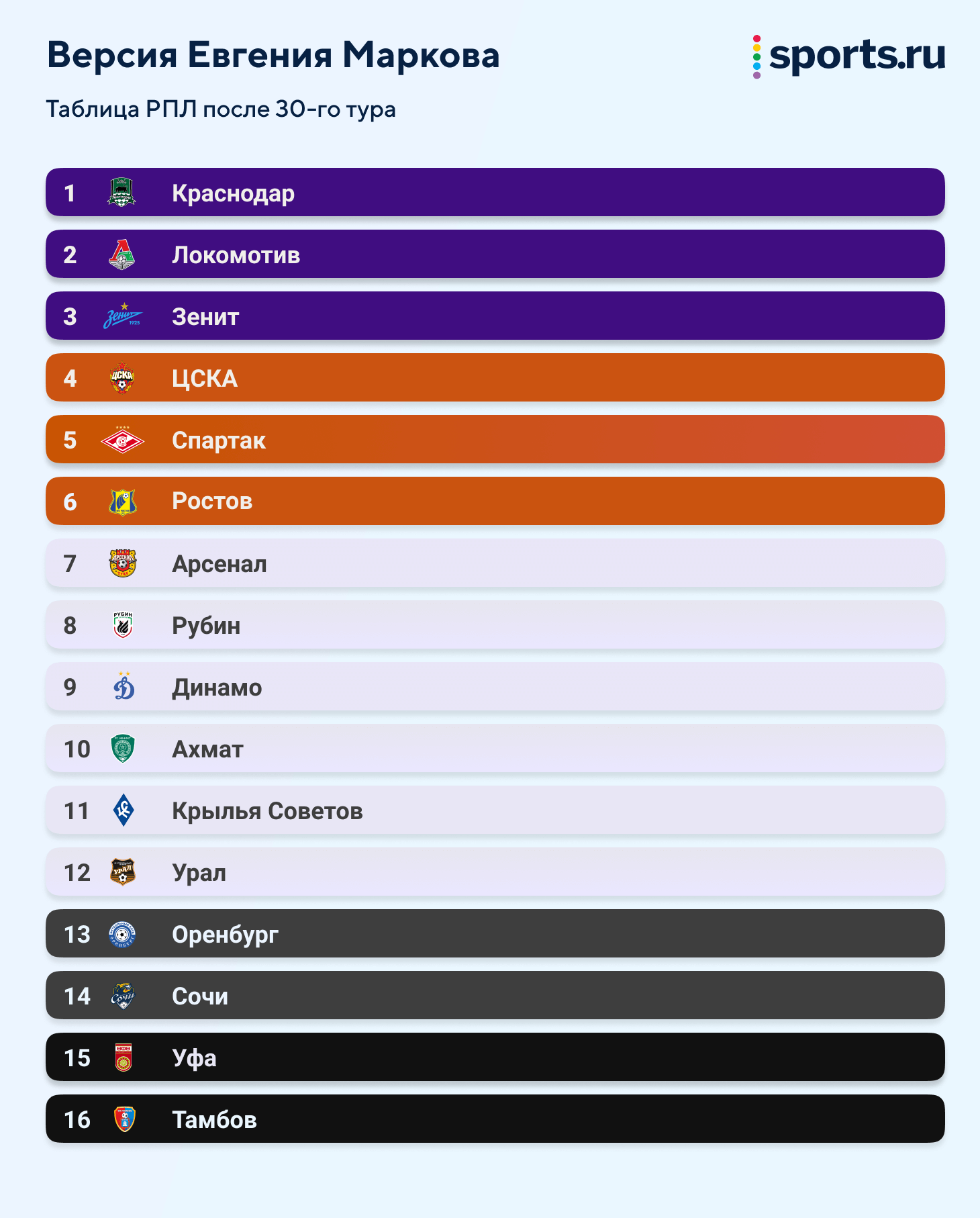 Qualification: Zenit, Lokomotiv and Krasnodar in the Champions League, CSKA and Rostov in the LE – 2.5 points

“The change of power is a full-fledged weapon of our league, and Krasnodar is now not only ready to fight, but will also lead it from a position of strength. The pupils have grown up, there is a wall in the form of Safonov, Musaev tactically rises above many RPL coaches.

Krasnodar does not have one best player – and this is a clear sign of the champion transformer team, which will go on seasonally, coming up with something new for each opponent. “ 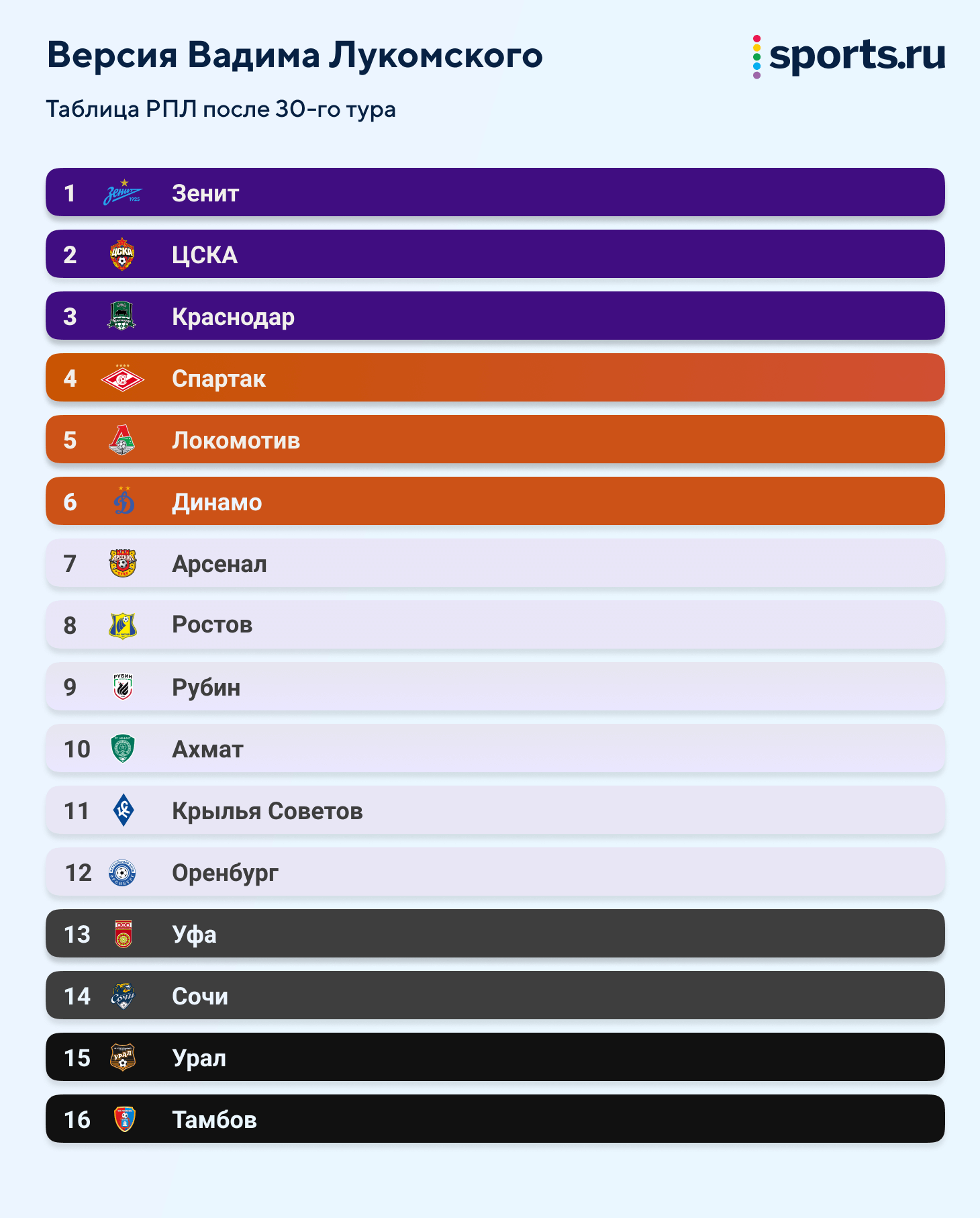 Qualification: Zenit and Krasnodar in the Champions League, Dynamo in the LE – 2.5 points.

“I see Dynamo as the most added (and intriguing) team. They were unlucky with the implementation last season (just abnormally strong) – even without strengthening there would be a jump. I won’t be surprised if they get ahead of someone from Big-5 (yes, I remember that this is about Dynamo, and I already regret that I wrote this)“. 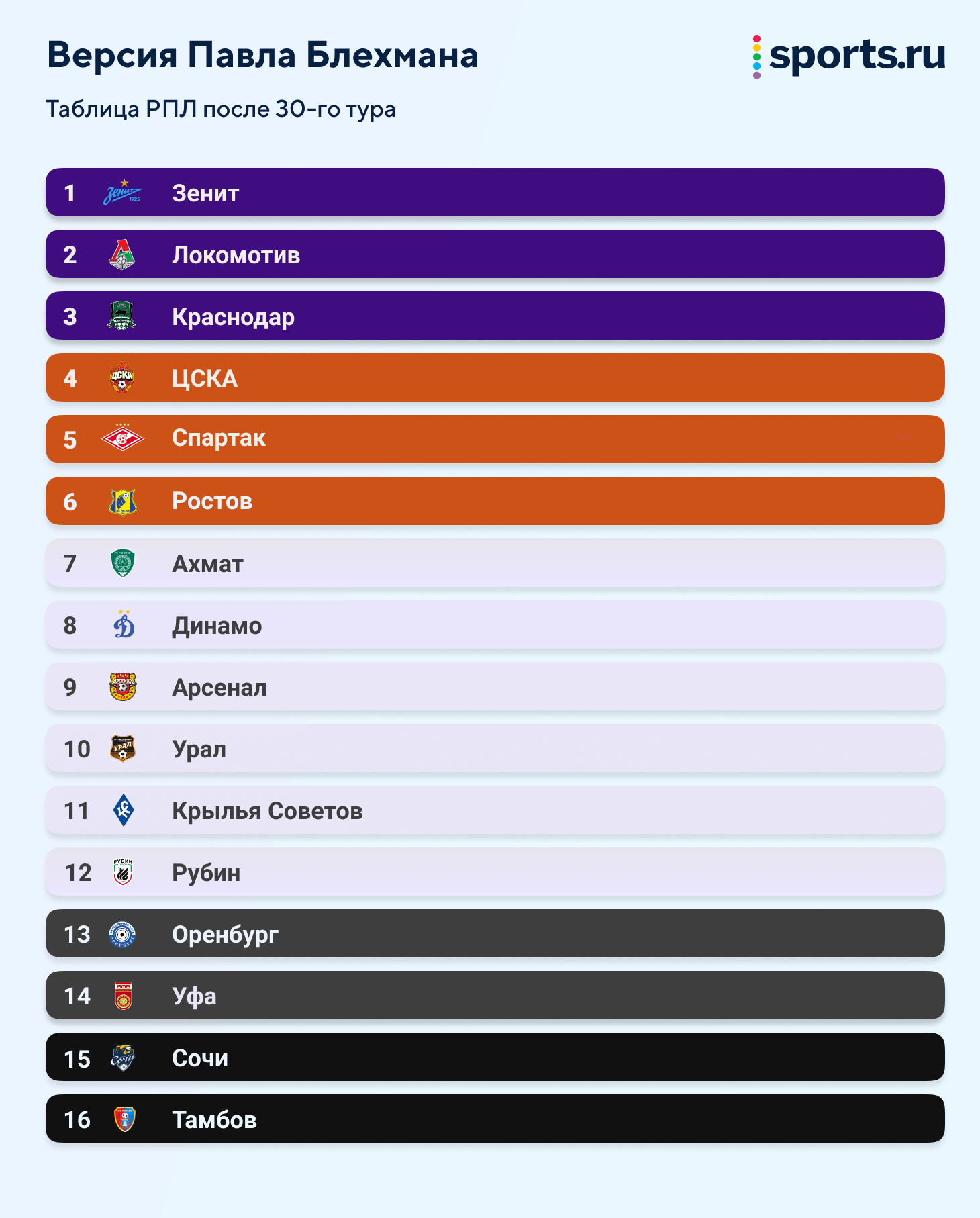 Qualification: Exact qualification of the first four and Rostov in LE – 2.5 points

Zenit looks like the most ready team for the championship: he did not lose any of the leaders, plus he acquired Sutormin in an interesting (and strange) manner.

The main rival, Lokomotiv, has already defeated the St. Petersburg team in a head-to-head match. The main problem for the team in the coming months is a weak bench by the standards of the Premier League and the loss of Farfan (8 + 5 last and 10 + 4 the year before last). Lokomotiv’s good form at the beginning of the season speaks in favor of Lokomotiv – if last year the team worked very badly and for a long time into the season (which in the end cost them dearly), then this year’s Super Cup match showed that the team is famously ready for the championship.

The rest of the contenders for the title look less advantageous for various reasons: Krasnodar and CSKA have lost their leaders, Spartak, in principle, has not become stronger compared to last season. “

• Half of the predictions have guessed the champion. Vadim Lukomsky, Pavel Blekhman and Alexander Dorsky played on Zenit. 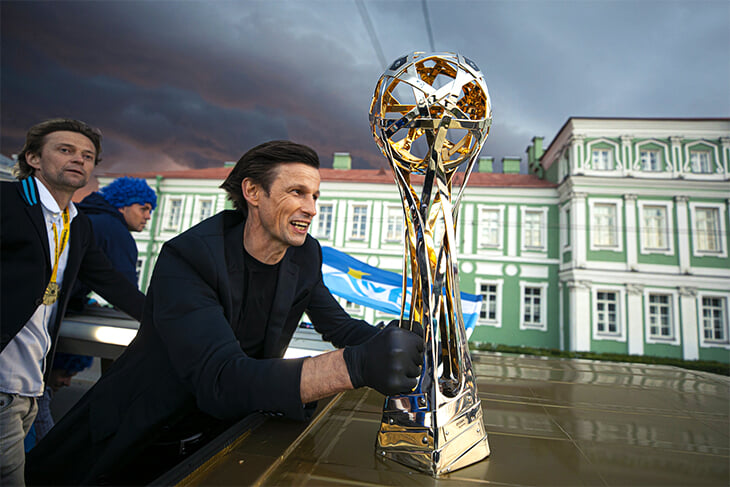 • Our authors predicted a sensational entry of Dynamo into the Europa League at the beginning of the season. Their exact place was guessed by as many people as the championship of Zenit.

• It was more difficult with the middle of the table: the exact place was guessed twice. Alexander Golovin sent Arsenal to 8th place, and Gleb Chernyavsky decided that Rubin would climb to 10th place.

• It turns out that it is extremely difficult to determine the departing teams in RPL. Of the six forecasters, only Golovin guessed that Orenburg would fly out.

The most popular candidate for elimination is Tambov. He was ranked last in all predictions. Other holders of an honorary ticket to the FNL were considered Ufa and Sochi – 2 hits in the relegation zone each.

Do you remember what prediction you had in this game?