Andre Schürrle ended his career: the history of performances in Borussia, Fulham and Spartak

The main news of the day is the end of a career Andre Schürrle… More recently, the German midfielder tried to reboot at Spartak, but it didn’t work out too well. Remembering Shyurrle’s last years in football, we are trying to figure out the reasons for the unexpected decision. Although – unexpected?

Peak of career and assists at the 2014 World Cup

In the 2012/2013 season, Schürrle shot 14 goals for Bayer Leverkusen and provided 10 assists. Then Andre began to regularly receive a call to the German national team. Many top clubs in Europe showed interest in Andre, but the German chose Chelsea. The English stage of Schürrle’s career cannot be called successful – 65 matches in a season and a half (14 goals, 3 assists).

Andre rarely made it to the main team of Chelsea, so when the option with Wolfsburg appeared, the midfielder without hesitation returned to his homeland. Paradoxically, it was during his performances for Chelsea that Schürrle showed his best game on the international stage. Largely thanks to André, the German national team became the world champion in 2014. Schürrle went down in football history as the author of an assist for Mario Götze in the final of the tournament, where the Germans beat the Argentine national team. Also on account of Andre, a double against the Brazilians in the semifinals is also an achievement.

Playing for Wolfsburg, Schürrle attracted the attention of Borussia Dortmund. From that moment on, Andre’s career went downhill. 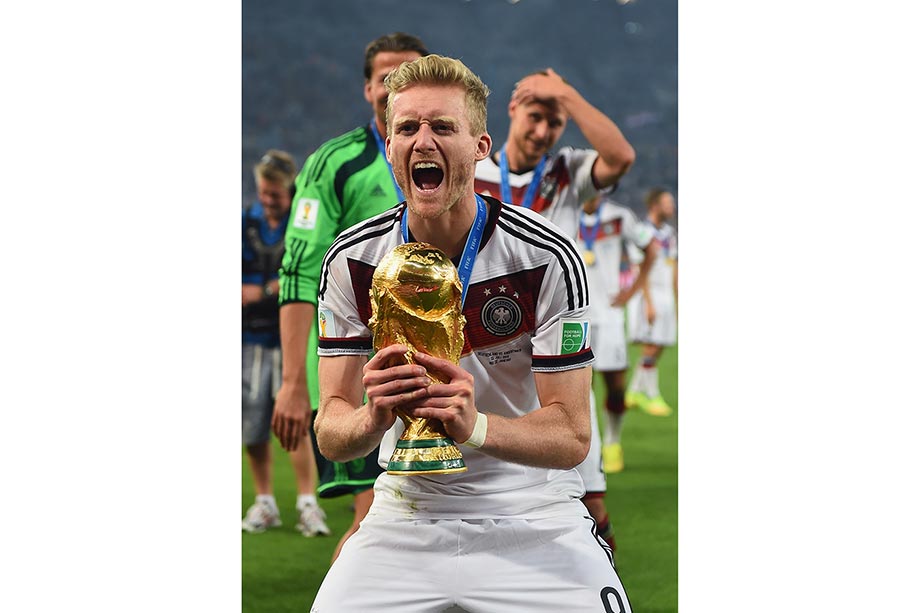 Andre Schürrle with the world cup

Injuries and rentals at Fulham

In the first season for Borussia, Schürrle collected three injuries at once, due to which he missed 20 matches. The knee and Achilles suffered the most. A year later, four more injuries and almost three months in the infirmary.

Andre could not stand the competition either: while he was recovering and gaining shape, the team came Sancho, Yarmolenko, Philip… In search of playing practice, Schürrle went to Fulham. And, interestingly, the lease period was two years, but after the first season Andre returned back to Borussia.

“My game didn’t match my level. I am leaving Fulham with a feeling of unfinished business, “Schürrle said. Borussia did not count on him either. Lucien Favre, the head coach of the Dortmund club, did not allow Andre to train with the team. 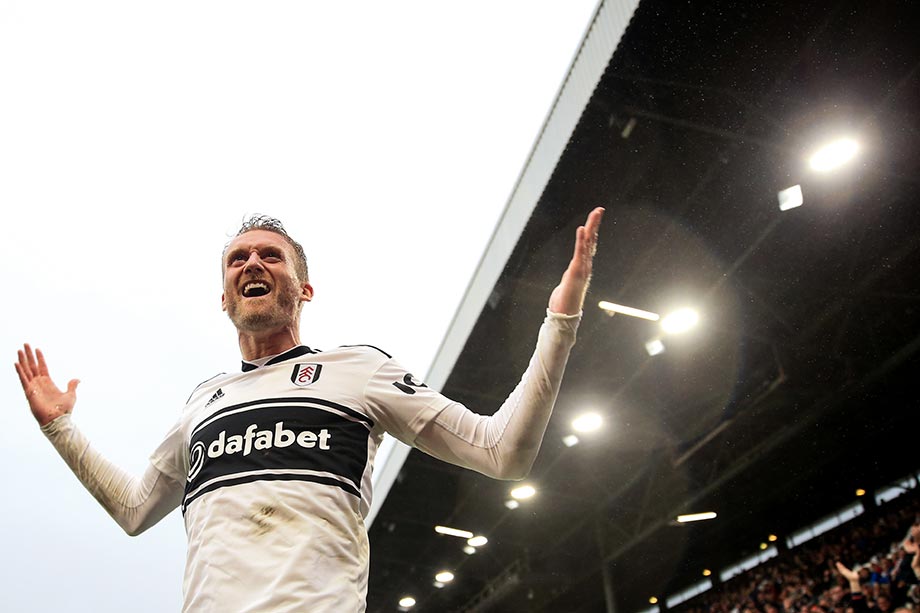 Andre Schürrle as part of Fulham

Illness, rent to Spartak and retirement

To a large extent, Schürrle’s health problems caused the illness: even during the game for Chelsea, the German fell ill with salmonellosis. Andre lost five kilograms, felt extremely lousy and, as he himself said, “lost energy.” Since then, Schürrle’s food has been monitored by his wife, who instilled in him vegetarianism. “I feel better since I stopped eating meat,” Andre admitted.

The move to Spartak was Shyurrle’s last attempt to restart his career. Before moving to Russia, Andre kept fit on his own, which ultimately affected his performance for the red and white. The lack of physical fitness quickly made itself felt. 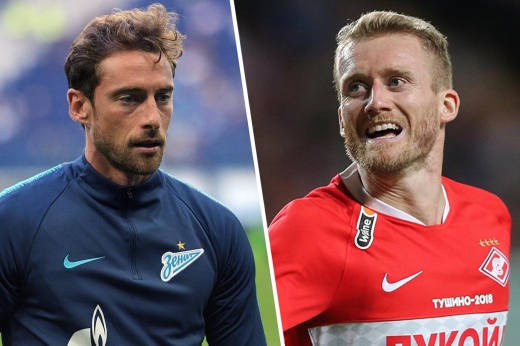 It would be better not to come. 11 major transfer failures in RPL history

In the fall of 2019, Schürrle’s body failed again. “Of course, bronchitis is the main reason for my failures at Spartak,” he said in his winter interview to Championship. – The problems started back in August. The day before the match with Braga, I had a fever and a severe cough. While I was recovering and recovering, I lost my whole form. ”

During the pause caused by the pandemic, Schürrle returned to Germany – and never returned. It was a mutual decision: Andre did not want to, and Spartak did not insist. Next, Borussia canceled the contract with him. There were rumors about Andre’s possible transfer to the Italian “Benevento”, but the German decided to end his career. The decision of a not at all old player came as a surprise to many, although in recent interviews with Schürrle there were hints of an imminent departure from football. 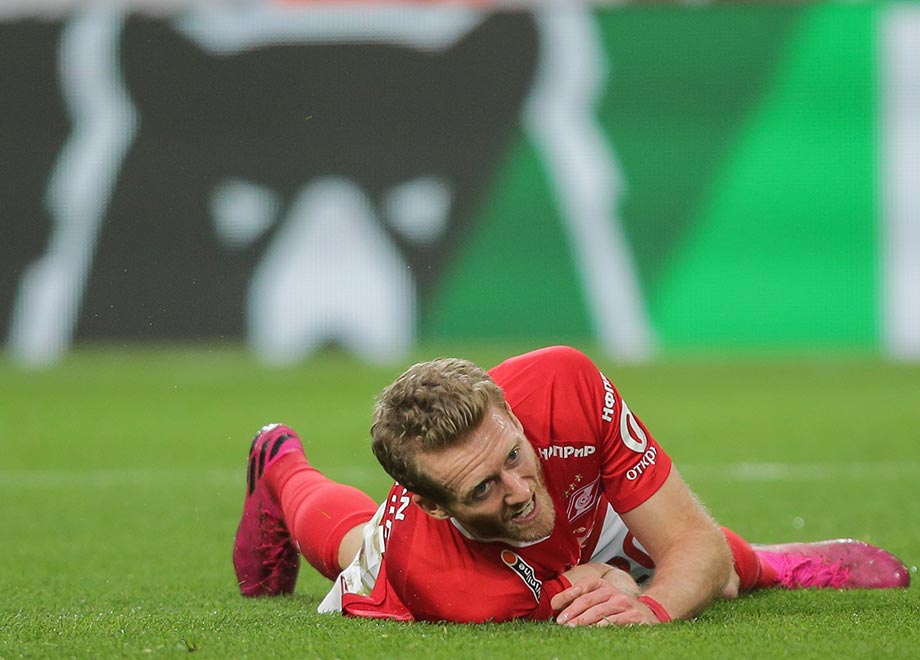 Schürrle failed to show himself properly in Russia

In the summer of 2019, Andre, commenting on his move to Spartak, said: “I really want to make a decision for myself at the end of each season – do I want to continue performing, do I still have the motivation to play, is my body ready to endure the load. I don’t know, maybe I’ll play for another year, maybe two. ” In January interview for “Championship” Schürrle clarified: “Football has turned into hard work, business. I want to have a little more fun and extend this moment as much as possible. “

The first to announce Andre’s decision to end his career was the German Der Spiegel. Schürrle said that “this decision has been maturing for more than one year.” On his Instagram page, the German addressed all the fans: “On behalf of myself and my family, I want to thank everyone who has been around during these phenomenal years. The support and love that you have shared with me has been amazing. I couldn’t ask for such a thing! Now I am ready and open to the great opportunities that lie ahead. “

“Khabib will fight Gatji until the end of 2020” “All about MMA, mixed martial arts, mixfight, ultimate fighting – bloodandsweat.ru