Fun, but not for long.

In the section on the “Arcade” tab in DotA, we’ll talk about the most common Dota with just one global change – there are 24 people on the map.

• Some abilities and talents are slightly nerfed.

• At the start, all players are given time to load – obviously, such a crowd of heroes loads computers.

• The respawn time of heroes is reduced.

• Tower health increased (can be disabled)

The custom has built-in tools for dealing with feeders. If six players of the team think that their teammate is deliberately draining the game, they will put a debuff on him that increases the respawn time and cancels the reward for killing this hero – Dota believes that there has been a suicide. 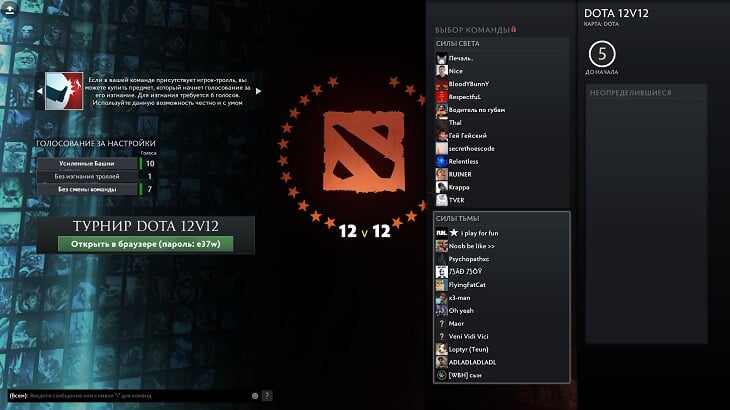 Fun is a lot, but the meta is worse than after TI

In DotA for 24 players there are no strict lines, no rules, often there are no wards (hence Rikimaru in almost every game), there are no rules and creep chiselling (however, you can arrange it yourself, but why are you here then?).

You have no time to count the number of enemies on the lane, and you vaguely imagine who is stronger at the moment in the game. Playing such Dota for the first 10 minutes is a real thrill. You sit, throwing nukes, explosions and fun around!

I recommend trying this mode after losing a sweaty rink in the ranking. It is then that you will be imbued with an unforgettable spirit of anarchy. As in Garen or iCCup, here you can change teams if you want to make the game interesting with a large number of liveries.

However, if you like to sweat everywhere, there is a rating table in the custom. 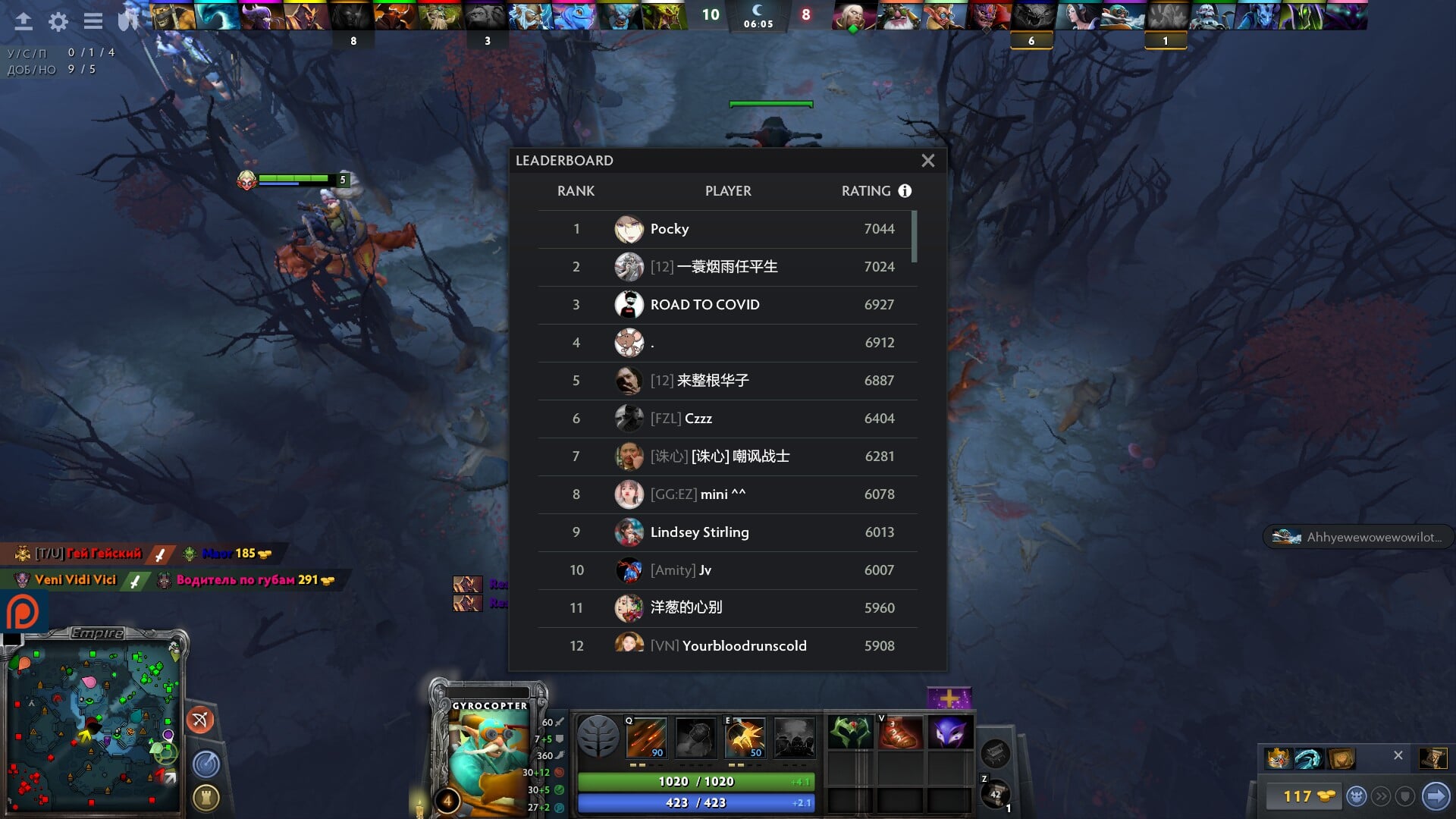 The first minus of the mod, you will notice the game by the third or fourth. It lies in an extremely narrow pool of players. Why log into Dota 12×12? Of course, see how the Tinker / Venomancer / Specter / Invoker will fall apart. It is unlikely that anyone would want to play in this mode on Bane or Ursa. Therefore, everyone takes either heroes with a bunch of AoE, or rangers firing at the meat grinder from afar (Drow, Sniper). Since there are 24 heroes in one game at once, you will see most of the meta heroes in every game.

PS A separate type of perversion is Chaos Knight with Aghanim, after which your head will go.

Further it gets worse. At the beginning of the game you have to choose one of the offered passive talents. All of them add a few stats – for example, +1 main attribute per kill or 5% increased damage from spells.

A nuance that spoils the whole experience of the game

But there is a huge problem here – see the columns on the right? These are enhanced talents available only to donators (a basic Patreon subscription costs $ 6). And this is not their only advantage. Donators can purchase items from anywhere on the map (at least they do not apply to consumables) and … preliminary selection of a hero.

Oh yes, they cannot be recognized as feeders. In the first game against me, there was a Terrorblade jungler across Dagon, who literally fiddled and interfered with the team. Because of his status, nothing could be done about him.

Impressions from the map

• Fighting 12 x 12 is incredibly cool. Damn, Dota is very beautiful in this mode!

• In fact, before us is Dota. Looking for an alternative to public? Then it is not your choice.

• Talents and immunity to reports for donation – tin. This shouldn’t be in Dota.

• Meta quickly gets boring, but nothing prevents you from playing any hero.

Rating: 5/10 only because of donation. Without him, all 8 points would be. He copes with the task of relaxing the brains with a bang.

Tsmoki signed a Russian basketball player. You Should See Her – Girl of the Day – Blogs