Mueller and Best, Yashin and van Basten, Ronaldo and Platini, Baggio and Messi – Ballon d’Or is similar to the Hollywood Walk of Fame, a chronicle of greatness in which the main people in the history of the game are immortalized. Only this is not true.

France Football reporters would like this to be true, but it is not.

To begin with, Pele does not have a Ballon d’Or. And Maradona too. Although the award has been presented since 1956, until the mid-90s (!) It was given only to Europeans. Neither Zico, nor Socrates, nor Kempes, nor Garrincha received it, not because they played poorly, but only because they were not born there. And this was in the years when club football was of no interest to anyone, and the World Cup was the number one tournament. By the time when they guessed to give the Golden Ball to players from any country, 15 World Championships were played. Seven were won by Europeans, eight by Latinos. This means that the main individual award in the history of football does not account for more than 50% of football history before 1995. It sounds absurd, but this is just the beginning.

Well, as an indicator of the historical greatness, the Golden Ball does not make sense. But it was so long ago, and now everything has changed. The award goes to the most worthy one, because journalists from all over the world participate in the selection of the best player, who are guided by strict and transparent criteria. Sounds like the truth? Also no.

I will not repeat the thoughts and arguments that I have already given in previous articles, therefore, as briefly as possible: the selection rules are constantly changing. According to the rules according to which Modric received the Golden Ball, Xavi, Iniesta and Ribery should have received the prize in other years, but not Messi and Ronaldo. And according to the rules according to which the award was given to Messi last year, it should not have been given to Modric before. The criteria change, and there is nothing logical or transparent about it. 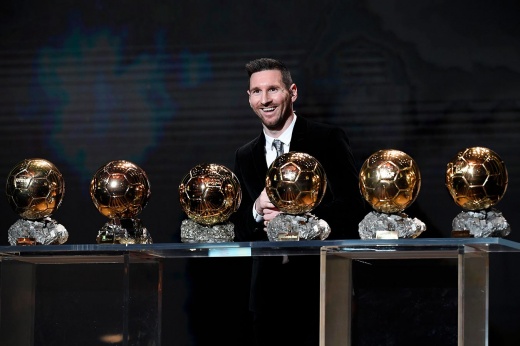 One example that proves Ballon d’Or is a meaningless reward

It’s not about Messi.

I’m not against Messi or Ronaldo, and definitely not against Modric. But any person will be against the fact that the criteria for choosing an incredibly authoritative award change every year and every year something new is considered the most important priority. This makes the reward meaningless.

The confrontation between Messi and Ronaldo, which fell on the boom of social networks and the peak of globalization, became for all football a historic chance to go beyond sports (albeit the most popular) and turn into an independent product in the global entertainment industry. Like Hollywood or HBO or pop music or reality TV. Football used this chance. For example, Ronaldo is the most popular person on Instagram, and few top clubs or top players have fewer than a few million followers.

Football in general, even while remaining a conservative and somewhat archaic phenomenon, has changed, adapted to new conditions and got better. Better is not my value judgment: according to statistics, the quality of the game has become higher than before. Now footballers run faster than 30 years ago, shoot more accurately, play better at passing. Every year, one of the top clubs sets a new record (Man City has just set another record – almost 94% accuracy of passes with Newcastle, this is the first such match in England) – that is, it turns out to be statistically better. than anyone else before. Analysts come to football with laptops, who look not at the field, but at the data set. And other analysts who hang drones over the field and look at monitors for the movements of players.

France Football is not.

The magazine is not ready for the current level of publicity and transparency. And even a temporary alliance with FIFA did not help – on the contrary, made the ceremony even more muddy (it is better not to remind Ibrahimovic about friendly matches of the Portuguese national team). But having regained independence, France Football did not get better. Independence began with an idiotic scandal: in October 2018, before the awards ceremony, the magazine launched a vote for the best player of the year on the website. Messi won, who, according to the official version, did not even make it into the top 3. And the vote was simply removed from the site.

The Ballon d’Or is guaranteed worldwide attention – but only because it is the world’s most famous individual football award. And not because the most adequate, the most professionally organized or the most honest.

This was all a preface. Now let’s talk about canceling this year’s award. 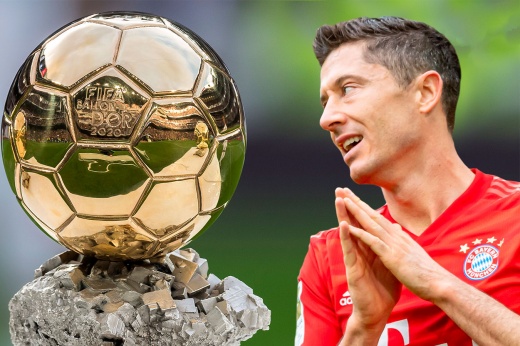 Ballon d’Or canceled. But Lewandowski could have done Messi and Ronaldo

The Pole could get ahead of Lionel Messi and Cristiano Ronaldo in the fight for the prize for the best player in the world.

An article has been published on the France Football website explaining why the Ballon d’Or this year was best canceled. Here is a short translation of all the reasons.

Sorry Robert. You score in empty stands, it doesn’t count. I’m sorry Kevin. Your 19 assists are irrelevant because five substitutions are allowed. By the way, the rule of five substitutions was extended for the next season. I wonder what France Football will say about this in a year. Sorry Leo. The jury members could be distracted, so what difference does it make how you played?

The reasons look defiantly ridiculous, they are simply difficult to take seriously. So I came up with a spectacular conspiracy theory that explains everything.

A short conspiracy thesis that explains everything

France is the only European top 5 league that not only suspended the championship, but canceled it. Despite the fact that the epidemiological situation in France was not the most difficult (on the contrary, there were more cases in Italy, Spain, Germany and England), the French authorities made a final decision out of fright back in April.

Important: the decision does not belong to the French Football Federation. In fact, it was announced by Prime Minister Edouard Philippe. Then the Minister of Sports Roksana Marasinyanu confirmed. And only then the federation issued a statement that it “took these recommendations into account” and announced the cancellation of the championship.

There is no point in describing how ridiculous this decision looks now. Several clubs have sued the league, the losses are already guaranteed to be more than 200 million euros (the amount could double). But the nonsense did not end there. For example, now the country has allowed fans to enter the stadiums. Roxanne Marasinyanu called it this way: “The victory of French football, no other country in Europe can afford it.” This is, of course, a victory. Only there is no championship. And so – welcome. 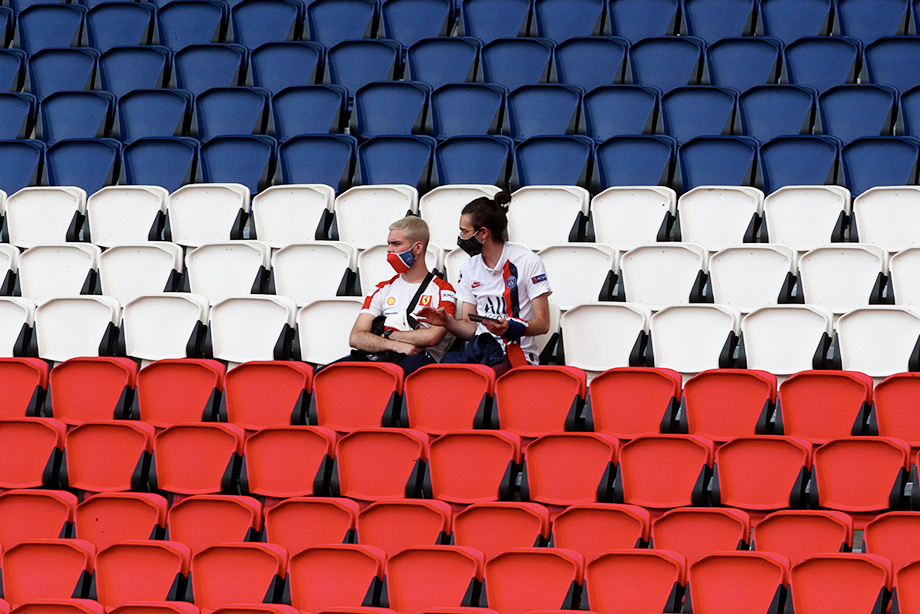 Another enchanting initiative of French politicians leads us directly to the promised conspiracy theories. At the end of April, the same Minister Marasinyanu came up with a proposal to hold international negotiations with the authorities of other European countries. To convince them to cancel their championships too. Or, translating into Russian: so as not to look stupid if suddenly everyone finishes the season, except France. So.

What if this excellent minister (by the way, she was downgraded three weeks ago) failed to come to an agreement with other ministers of independent European states who know how to count millions of euros, but managed to come to an agreement with France Football journalists? Their position is remarkably similar to that of the state. Even the rhetoric is similar. Yes, the situation is very serious. No, you can’t risk it. Reputation, solidarity, values. That is, at least in the eyes of their own citizens, French politicians now look a little less ridiculous. What are the claims to them now? Look, even the Golden Ball was canceled.

I do not insist on the truth of this version. The point is different: even a conspiracy theory invented on the knee looks no worse than an official statement with argumentation from the editors of a reputable magazine. This is the problem.

Football is the most popular sport and a global industry with a combined turnover of tens of billions of euros. Football needs individual awards – otherwise it will be as defective as Hollywood without an Oscar. Football cannot depend on the momentary decisions of some murky people with unclear motivation and dubious independence. Now the main individual award in the main sport in the world is simply canceled with absurd motivation at the level of general words about “solidarity and responsibility” and the obvious nonsense that the jury members, perhaps, could not follow Messi, and it is not clear how to evaluate goals in empty stands … You can not do it this way.

It’s simple. If a French magazine cannot provide an award, then it is not necessary. France Football wasn’t doing very well anyway. Let the others do it.

These may be the British, who have the richest championship. The Spaniards who have dominated European club football for 15 years. Italians who will do everything beautifully. Germans who will do everything efficiently. Anyone. Though Russia. By the way, it is even better if it is one of the countries that are not included in the European top leagues – there will be no conflict of interest (and now, in fact, it is obvious, because the French are regularly among the candidates for the Golden Ball).

I repeat: no matter who – let it be Switzerland. Only let it be a vote in which Lloris will not be higher than Ter Stegen, as happened the last time. And such an award that will not be canceled due to the pandemic at the very moment when the pandemic has been defeated in almost all of Europe.

Subscribe to Kirill Khait’s telegram channel about European football… There is more of his material: posts, articles, videos and podcasts.

Whims and Sorokin made the right decision by leaving for the NHL. They went out of their comfort zone