In Barcelona, ​​the internal tension is so great that after a home defeat to Osasuna Messi… He told reporters the things that are usually left inside the team: “This match is our entire season in miniature. It’s not normal for an opponent to beat us only through desire and intensity. If nothing changes, we will lose to Napoli. We are too weak and vulnerable. “ 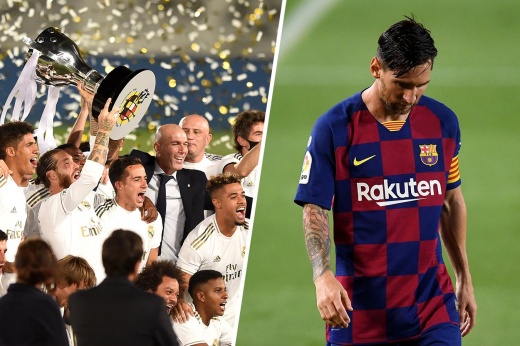 Messi is angry. What they say and write in Spain about the Real Madrid championship

Catalans are indignant and sad at the same time, Madrid people admire Zidane.

Messi is right: it is really not normal when teams like Osasuna can beat Barcelona at the Camp Nou (playing in the minority!). And even without some kind of abnormal luck, but simply because of the helplessness of the owners.

Barcelona have been under constant criticism for over a year since they lost at Anfield. The fans were unhappy that Ernesto Valverde retained the position at the end of the season, and their discontent only grew as the team’s performance deteriorated in the new season. But the coach changed, and the results only got worse. The coach is not the problem. 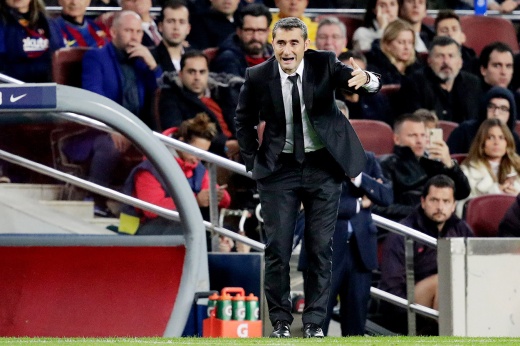 How to not love Valverde: separating hate from constructive criticism

He is not a physical education teacher and not the culprit of the situation. He’s a hostage. He must be released.

Barça President Josep Bartomeu is great at making money. Barcelona with him for the first time in their own history became the most earning club in the world, topping the Deloitte rating at the end of the 2018/19 season with an income of 840 million euros. Prior to the Covid-19 pandemic, a budget was planned for the 2019/20 season of one billion euros. Yes, Bartomeu doesn’t understand football – but many presidents don’t. We will talk about the toxicity of Bartomeu and the undercover fight another time, although a lot has already been said. It is important that, despite all its shortcomings, the club can be successful in sports terms. This requires a strong sports director.

Barcelona Sports Director – Eric Abidal… What is the first association with his work in this post? Conflict with Messi. In February, Abidal, in an interview with Diario Sport, explained the decision to fire Valverde with the players’ dissatisfaction: “Some did not work enough and were dissatisfied with the coach” – but did not name names. Messi responded: “If he says that someone was against the coach, let him name the names. He cast a shadow over the whole team by saying that. ”

It was very loud. Abidal admitted that he was wrong: “I realized that some things need to be decided within the club, and not in the press.” The situation ended without consequences. But this does not mean that there are no questions about his work. On the contrary, there are plenty of them – as far as the main activity is concerned. 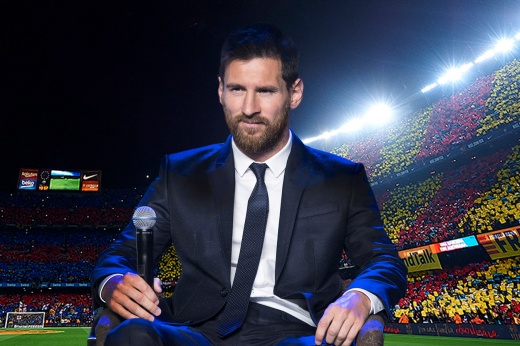 About the conflict with the Barça directors, family and chances for the Champions League. And about Ronaldo.

The sporting director is the person who is responsible for the development of the club. But Barcelona clearly has no plan. Abidal said he started looking for a replacement for Valverde back in the summer of 2018. That is, for a year and a half of searching, he did not find anyone better Kike Setiena? In the same interview with Diario Sport, Eric also had a falling out with Xavi… He hinted that Xavi was lying, saying that he was offered an offer to lead the team: “If he says there was an offer, let him show the papers.” This is simply unethical considering Xavi’s connection to the club and the fact that he is still one of the candidates for the coach’s post.

At the presentation, Setena Abidal called “the ideal person for the club”. So far, this estimate looks a little overstated. But not for everyone: On July 11, Bartomeu and Abidal met with the coach to discuss plans for the next season.

It cannot be said that Abidal was wrong with the dismissal of Valverde: the team really degraded. But the timing was poorly chosen. The coach was removed after a very strong match with Atlético, in which the team was simply unlucky. There are also many questions to Abidal’s transfers. Barcelona fail a generational change. The great ones – Busquets, Alba, Pique, Suarez, Messi – are already over 30, and young players still cannot take the first roles in the team. And this trend is intensifying: the club is releasing the 23-year-old Arthur and takes a 31-year-old instead Pjanicha… 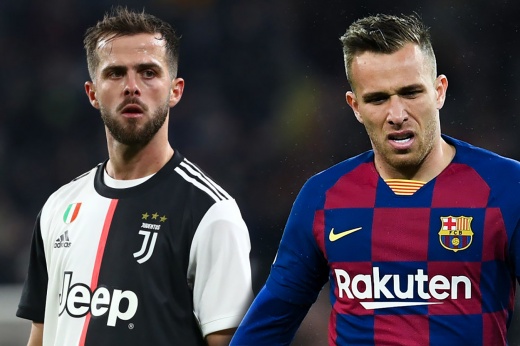 Pjanic’s exchange for Artur is a betrayal of Barcelona’s traditions. But a holiday in accounting

Bartomeu is to blame. Again.

The change of generations is the responsibility of the sports director. You can sympathize with Abidal, who got the most difficult task – to renew the team, which consists of the legends of the club. But he objectively failed. Therefore, the first person on the list of necessary newcomers is the sports director.

After 37 rounds, only 15 Barcelona players spent more than 1000 minutes in the championship. Seven of them are over 30 years old. Next season, they will add Griezmann (now 29) and Pyanich (instead of Arthur). That is, in an already short base there will already be nine players in their 30s. This is a huge problem, especially since almost all age players are irreplaceable.

Barcelona needs new players, and not like Braithwaite and Firpo – to plug a hole in the event of someone’s injury – and such to fight for a place in the start. We need players who will strengthen the foundation. 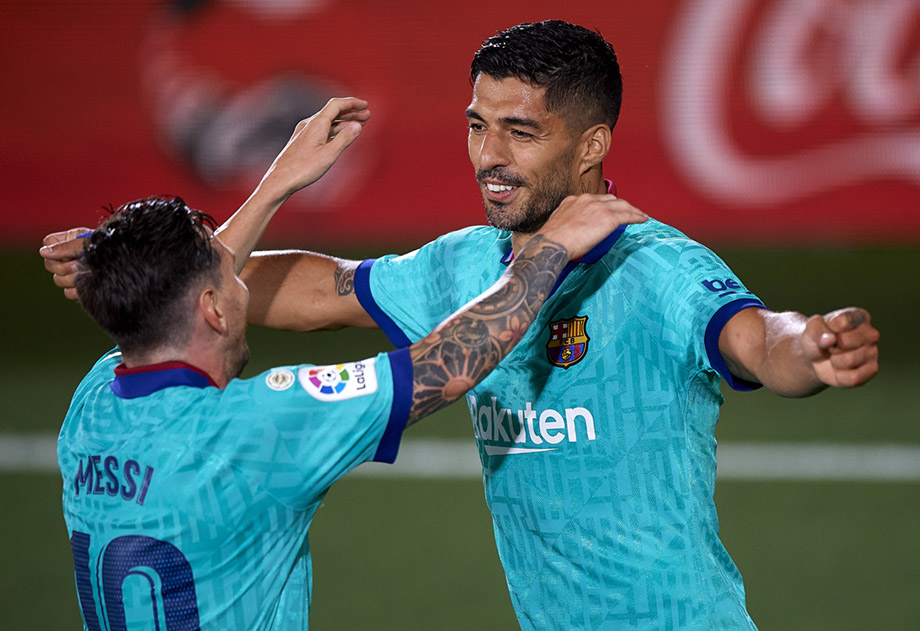 Pique there is no one to replace, because both Langle, and Umtiti left-handers, and it is better to put a right-hander in the position of the right center back. Have Suarez a fantastic understanding with Messi: the two of them are the most effective combination of the championship, they gave each other 11 assists (seven Suarez for Messi and four Messi for Suarez). The same applies to Albe… Rakitic indispensable in the game without the ball when you need to insure Messi. Busquets, apparently, will be able to replace Pyanich, but both of them are starting players who still need to somehow be placed on the field.

Barcelona are interested in Neymar and Lautaro Martinez: each of them will be useful, but this is not enough. There are also obvious problems at the center of the defense. Milan Shkrinjar, Dyot Yupamecano, Kalidou Koulibali, Chaglar Seyunju – pop versions, but the scouting network must have found someone less obvious, but suitable in style. Another thing is important: Barcelona would be suitable for the style of play de Ligtbut he chose Juventus. The status and financial capabilities of the Catalans, in theory, make it possible to correct this mistake: to buy de Ligt from Juventus. Yes, it’s expensive, but no more expensive than a pointless purchase Coutinho (and we warned). The same goes for the other lines. 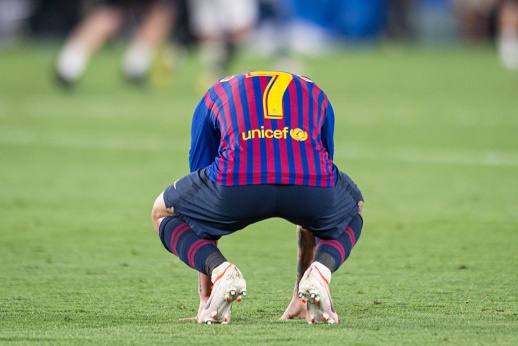 Coutinho is a hostage to his price. It is not needed, but it cannot be placed in stock

Valverde never figured out what to do with him.

Barça’s most efficient midfielders are 33-year-old Vidal and 32-year-old Rakitic. I like both, but this doesn’t feel like starting a new project. So one central defender is not enough – you also need a midfielder.

Add club interest to the forwards – you get one base player per line. This is a minimum program, and not a fictional one, but an age-dictated basis. For a Barça-level club, three basic purchases are very expensive. But they are necessary.

I name the coach last. The coach depends on the players, the sporting director, the president – this is a vulnerable position, and for a coach to work successfully, favorable conditions are needed. A banal thought: victories more often come thanks to than in spite of, but in Barcelona under the current conditions, any coach will have to overcome too many contradictions. 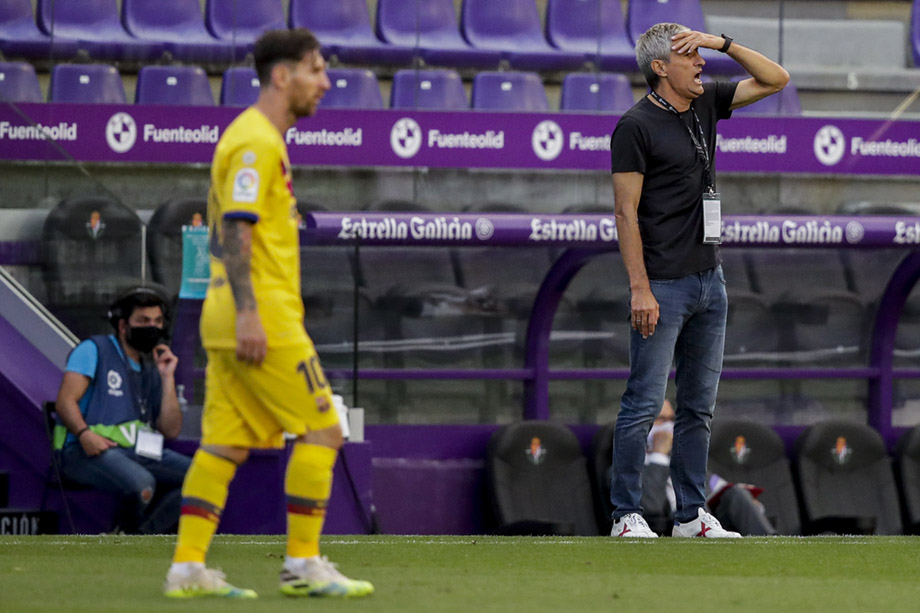 In normal situations, a coach should be selected by a competent sports director for a specific development project. For example, buy a couple of fantastic Ajax players – and invite Erica ten Haga… Now de Jong does not show the level of football that he showed in Ajax, and ten Hag tells reporters how they misuse him in Barcelona. In principle, a trifle, but Griezmann also does not play as efficiently as he did before the transfer. He and de Jong are adequate transfers, at least in style, but it is also difficult for them to show the maximum, because Barcelona’s game is full of compromises. Setien simply replaced one with another – but like Valverde, he cannot start a new powerful project. He’s not his own, he has never worked with superstars, he’s just a temporary option.

The last time a coach started a new project at Barcelona was 12 years ago. Have Josep Guardiola there was no experience, but there was the status of a legend, there was a clear idea and there was support from the president. And the players liked his football. And that brings us back to the beginning again: Barcelona needs more than people. Need an idea. 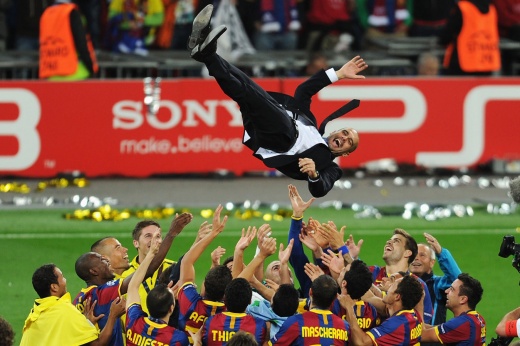 Why Guardiola got rid of Ronaldinho, what changed tactics and why he won for so long.

Many expected to see the new president in the first place. But the elections will take place in a year, so in the coming season, Bartomeu will be in charge anyway. But to change everything else is completely in his power.

Anton Volchenkov: my job is to help goalkeepers

5 Best Games Only on PC – Best of the Best – Blogs