From the editor. You are on the blog CSGO in moments, the author of which writes about interesting moments of professional CS. Subscribe to it so as not to miss new texts!

Was it a fluke or not? Let’s figure it out together!

2020 cannot be called rich in major esports events: since March, all tournaments have switched to online format, the prize money has dropped significantly. However, since the beginning of the year NAVI were able to please the fans with a successful arrival Perfecto and winning the tournament IEM Katowice 2020 – the last tournament in the LAN format, albeit without spectators.

But after a deafening victory over G2 (3-0 in the final without any chances on two out of three maps), Navi were not able to consolidate in the top for a long time: the lack of LANs, and the game from home, and the fact that the CIS was held tournaments less significant from the point of view of the HLTV rating: the center of competitive CS moved to Europe.

This is how the German team developed

And from about that moment, the rapid takeoff of the German team began BIG, or Berlin International Gaming. They were able to take off from 26th place in February to first place in July. Of course, the main achievements of the Bigs are online victories, which not everyone takes for real achievements. But, nevertheless, the Berliners won one LAN this year – the DreamHack open Leipzig home tournament. But even this does not save them from criticism in Europe – many believe that BIG does not deserve the first place, because their victories are associated only with the pandemic and the inability to hold a face-to-face tournament.

The photo above is just a quick selection of topics on HLTV two weeks ago. Such discussions appear with enviable regularity – more often only the S1mple or ZywOo dispute.

But is their top 1 really an accident?

The German team, as the caustic HLTV commentator noted, is really hard to call stellar. For a long time, the roster could only be proud of the group passed without defeat at the 2017 Major. But even then, the Germans were reproached for a not entirely clean game for using a bug on the Inferno map – they received information by jumping, while they themselves were not visible. In the playoffs, however, they immediately flew out, after which they were remembered by fans for a long time as a BUG clan.

The composition has changed several times since then, and only Tabsen remained in the top five unchanged, but he also changed his roles – he was the second and first sniper, as well as a rifler (played on rifles). For a long time, the captain was the most famous player in Germany since 1.6 – the legendary gob b (who recently, by the way, moved to Valorant). The team included Owen ‘Smooya’ Butterfield, the German denis (not to be confused with the Swedish dennis), a fairly experienced nex, LEGIJA (first as a player and then as a coach). But the only serious achievement of the team was the second place at ESL Cologne 2018. This tournament was generally remembered by fans from the CIS with the victory of NAVI (just over the Germans). But since then, the Bigi have remained a team of predominantly European online tournaments – they are usually called “tier-2 teams” or simply dense middle peasants. It is interesting that even the arrival of one of the best players in the world and Turkey, XANTARES, did not save the Germans. Moreover, they played with the Turk even worse than before his arrival. Throughout 2019, the Germans changed their roster, leaving only the main backbone – tiziaN, tabsen and, XANTARES. 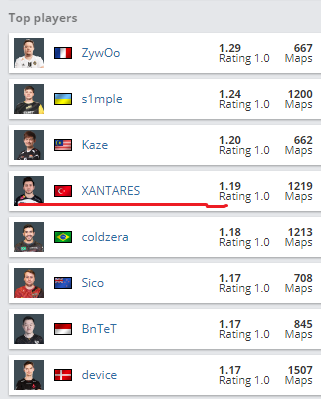 Even with such a player, the Germans looked unconvincing throughout 2019.

This is not to say that the problem was in one particular player. The Germans lacked a stable sniper, because smooya was a mood player, very emotional, and, moreover, did not know German. XANTARES initially also spoke English, and, paradoxically, the team played in a language that was native and convenient for only one of its players. At the same time, BIG was by no means a team of superstars a la Faze or mousesports – they obviously relied more on their communications, strategies and teamwork. But in reality, BIG could not take full advantage of the national (that is, consisting almost or entirely of players of the same language) teams, namely, their native language. It is clear that changes by the end of 2019 were inevitable, because the organization flew out from the first major, and did not even qualify for the second (Berlin!).

This was the first major for BIG with a Turk. They did not win a single match and could not even qualify for an invitation to the next minor in Berlin.

By the new year, the Germans have seriously renewed themselves: young and promising syrsoN (do all Germans like to put N at the end so much?) And k1to joined the team. They were both taken from the Sprout organization, and this suggests that it is BIG that is the main and richest organization of German CS (not counting the international mousesports for a long time).

Expectedly, it was Syrson who soon became the best player on the team, and possibly the first star player in Germany in a long time. Florian (that is his name) plays almost only with AWP, but shoots from SSG-007, as well as from pistols, not much worse. His latest achievements are crazy statistics in the final against G2 and a card with K / D above 6 (!) On the card against Spirit.

More interesting was the arrival of Niels “k1to” Grune in the team. He is not very stable, but some moments from the young (only 21 years old) fighter are amazing: for example, in a recent match against Fnatic, he took a 1v3 clutch, methodically killing everyone through smoke. Niels shows very good shooting from Desert Needle, AK-47.

But the most unexpected thing was that with the arrival of two newcomers, the old backbone of the “bigs” played as it should. XANTARES now pleases with its attacks and spray, as expected a year ago; tabsen switched to the role of captain, while it is he who often takes on the main “dirty” work – difficult positions, grenades, and, of course, clever play. NAVI fans remember the moment below: 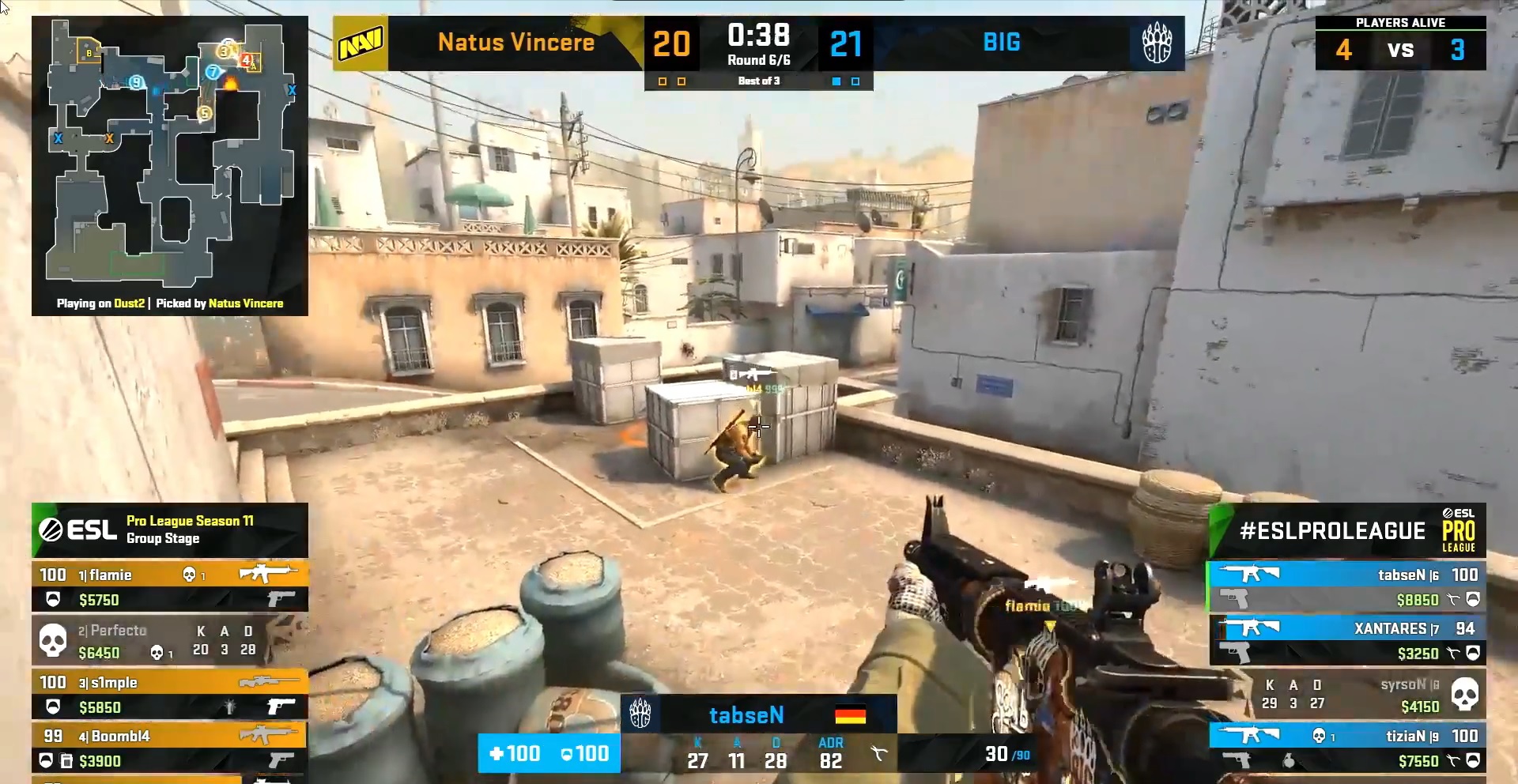 In a second, he will actually take that round. If you do not remember this moment – attention to the mini-card and the score!

And most importantly, it became clear why “bigam” needed tiziaN. In 2019, this player raised many questions: he chronically could not cope with shooting, almost did not stand out according to statistics, almost all matches, regardless of the result, occupied the last line. But in 2020, Tisian (this is both a nickname and a real name) showed that the role of a support should not be underestimated. Tizi (as German commentators called him) regularly takes clutches and shoots pistols with jewelry. The legendary Xyp9x played approximately the same role in Astralis, or, if you prefer, approximately this role is played by Perfecto in NaVi.

Why is BIG CLAN not a Fluke Clan?

The German victories speak for themselves: they have won two of the biggest tournaments in recent months. Despite the online format, these victories deservedly made them the best team in the world. Moreover, for the first time in history, they were able to win from a score of 0-2 in the final of five maps, and also become a threat to the French teams. 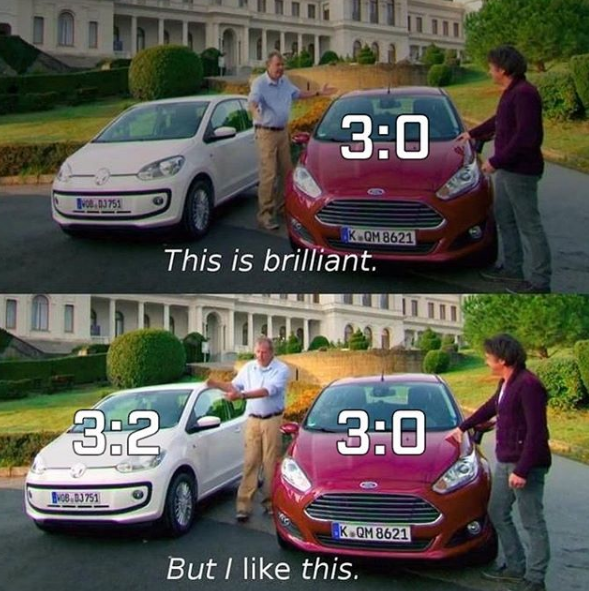 The Germans are not averse to making fun of their victories. Finals are not easy for them, but the sweeter the victory! Source: official instagram BIG

They defeated G2, reaching the final from the lower bracket of the DreamHack Masters Spring 2020. By the way, the Germans got to this Dreamhack through the very LAN tournament they won at the beginning. In other words, they went all the way from the underdog team to the final, beating Faze, OG, Complexity, Mad Lions, Mousesports and G2 in the final.

The story was roughly the same with the last (at the moment) major CS: GO event in Europe – cs_summit 6. His Bigs also won from the lower bracket, first losing and then beating Vitality. A year (and six months) ago, the Germans could not even dream of finals against Zywoo and the company, but a lot has changed since then.

The German team has very tough matches ahead. After going all the way from the top 20 to the top 1, they didn’t make a lot of money, as online tournaments were accompanied by small prize pools. However, they have already clearly become a target and benchmark, a threat for European teams from the top of HLTV.

Nevertheless, the Germans received a unique experience, and also – definitely deserved invitations to major tournaments, at least until the end of this year. The upcoming ESL Cologne tournament is rumored to be online as well, and this is a great opportunity to repeat the results of 2018 (2nd place) or improve them. 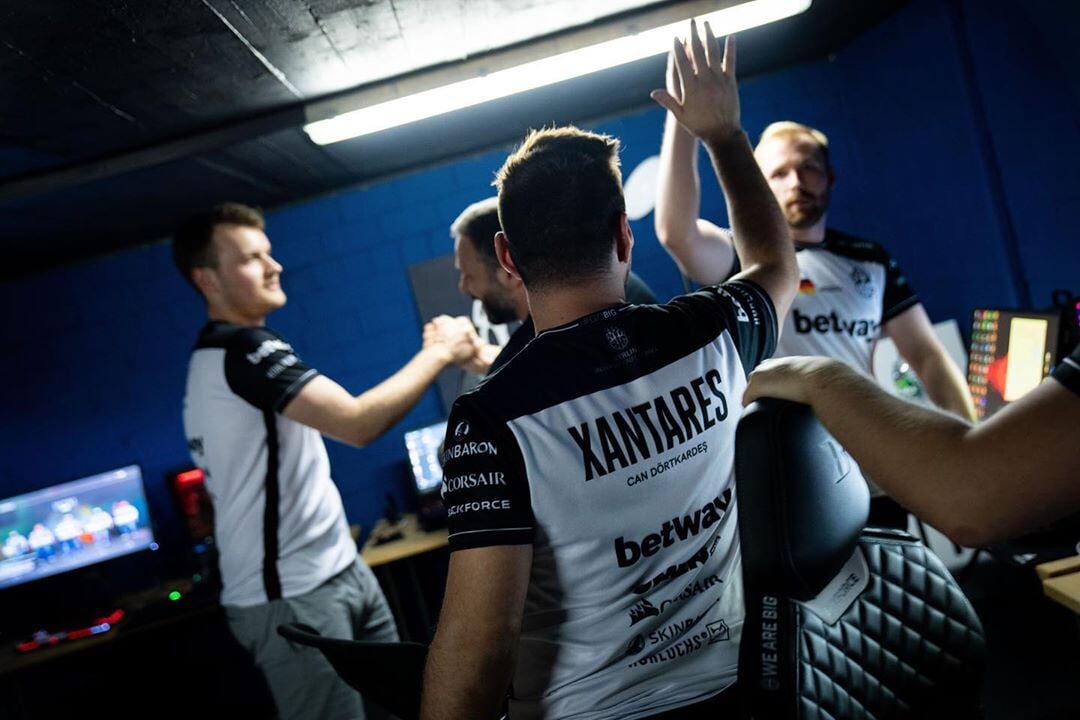 In my opinion, Bigi will not change much at LAN tournaments. The fact is that all the last matches they played together, being at a bootcamp somewhere in Germany. Almost the entire team (sometimes tiziaN was absent, sometimes – syrsoN) was together. This means that they are theoretically ready to play on stage – the only problem is the excitement and shouts of the crowd. But the organization from Germany, of course, has a wonderful tow b coach (which, by the way, also came to the end of 2019) and an experienced tabseN. And most importantly, they have a native (well, 4/5 native) language. It is not for nothing that the German philosopher Martin Heidegger said – “Language is the house of being.” And the German team, which has such an advantage in communication over, for example, Faze clan, will be much easier to communicate than a year ago.

In addition, they looked no worse on the only LAN they could get to. True, the opponents at Dreamhack Open Leipzig were not as strong as Vitality or G2, but Virtus.Pro or Heroic cannot be called weak either.

The new composition of the German team looks like a puzzle, in which all the elements fell into place. The substitutions that were made by the Berliners looked quite natural and even obvious to everyone who followed the German teams. There was no doubt that syrsoN would open with AWP, and k1to with a deagle. But even the most daring fan couldn’t seriously say that BIG will be the best. This is now reality.

Of course, the upcoming first LAN can put everything in its place – BIG will return to their familiar and familiar top-20, Syrson and k1to will not cope with LAN excitement … However, under the leadership of tow b and tabsen, for the time being, onliners will very likely become one of the permanent teams in the top ten, and they will definitely remain in CS: GO history as winners in the final with a score of 0-2 not in their favor.

United are great after quarantine – in top form they entered the top four. Thanks to Brun, Solskjaer and the stability of the squad – England, England – Blogs