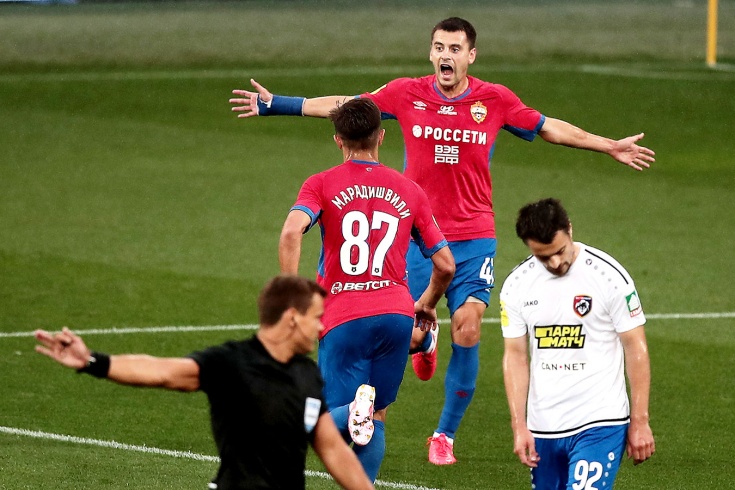 Thank you CSKA for the intrigue in the last round! The Champions League was very close

CSKA ended the championship with great strikes from Shchennikov and Oblyakov.

In the home game against Tambov, CSKA did everything possible to get into the Champions League. Until the last minute of the meeting, the “army team” did not slow down and put pressure on the guests’ goal, but even a confident victory was not enough for them. Krasnodar was too good.

A few hours before the match, unpleasant news came from the location of CSKA. After routine testing for COVID-19 tests Magnusson and Sigurdsson recognized as questionable, so they decided to move both Icelanders away from the team – they did not take part in the home game with Tambov.

However, the absence of any of them hardly affected the course of the meeting. Dreaming of a ticket to the Champions League, CSKA immediately rushed to storm the Tambov goal. Shots of the most active player in the home squad Nikolo Vlašić did not reach the goal at the beginning of the match, but the “cannon” Shchennikova turned out, more than ever, by the way.

After a great combination at someone else’s penalty Chalov passed to the defender. He did a great job of earning himself a ball and fired from his inoperative leg right under the crossbar.

Despite the fact that CSKA was coping well with the attacks of Tambov, the guests seemed to have decided to make the task of their rivals even easier. Sitting on a yellow card right before the break Georgy Melkadze waved his hand away Maradishvili and hit him in the face. Soon the striker saw a second yellow card in front of him and went to rest. 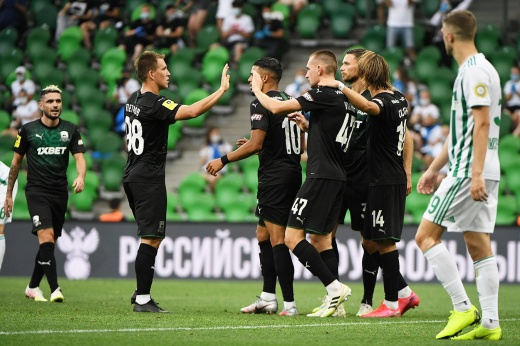 30th round of the RPL. Krasnodar took third place, Azmun caught up with Dziuba in the scorers’ dispute

In the second half, Tambov finally disappeared from the field. CSKA dominated and regularly threatened goal Shelia… The hosts could have increased the difference in the score just 15 minutes after the break, but Chalov failed to hit the goal from within the penalty area.

Much luckier than Fedor turned out to be Ivan Oblyakov… At the end of the meeting, the midfielder caught a rebound after a corner and shot from a distance exactly into the right corner of the goal. 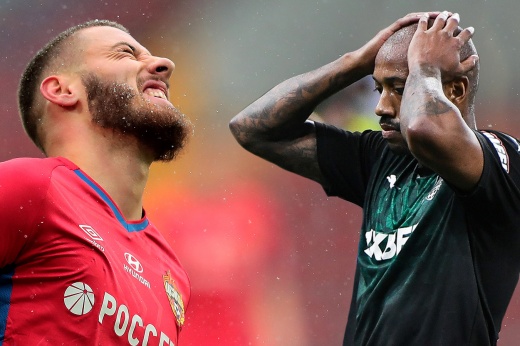 Krasnodar and CSKA are fighting for the Champions League. But this is self-deception: they will probably have to play in LE

Three teams from Russia in the main European tournament is a pipe dream.

Unfortunately for CSKA fans, the ball Oblyakova already decided nothing. By that time, Krasnodar had already shipped four goals to Akhmat.

However, even in spite of this fact, the “army team” ran forward with great enthusiasm and organized a couple of excellent attacks. CSKA, of course, did not make it to the Champions League, but it ended the season very well.

SKA, “Ak Bars” and “Dynamo” Moscow are the most non-standard winners of the Gagarin Cup