“Dynamo” refused to participate, in question and the champions of ZhHL last year

What to do with the women’s ice hockey championship? 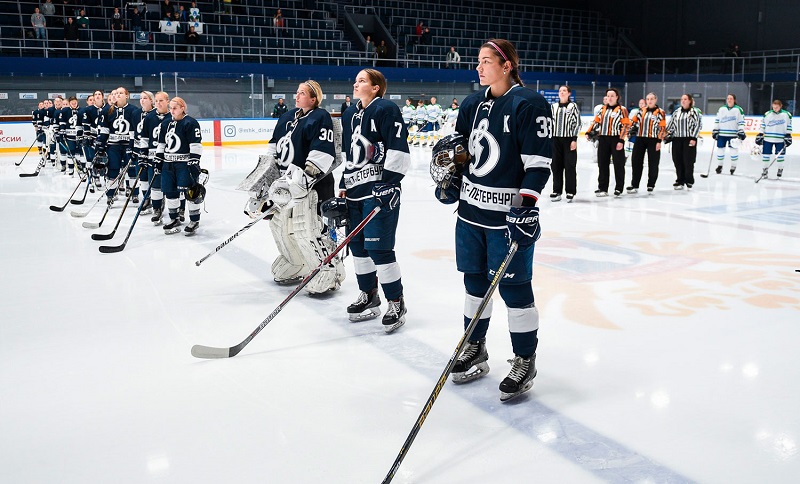 The hardest hit by the coronavirus is women’s hockey. More recently ZhKhL could leave “Agidel”… Second of July ice hockey club Dynamo Saint Petersburg announcedthat the women’s team will miss next season. Also, according to our information, participation in the next season of the Chinese women’s team is questionable – “Cattle Vanke Raise”, who became the champion of WHL in the 2019/2020 season.

Hockey players “Dynamo” St. Petersburg were preparing a letter to Tretyak and Morozov

According to our information, the hockey players of the women’s hockey club “Dynamo” learned that they would miss the season a few days before the training camp. Also, a group of players of ZhHK “Dynamo” was preparing a draft letter addressed to the president of the hockey federation V.A. Tretyak. and the president of the KHL A.A. Morozov. True, this project never came out officially, since many hockey players began to instantly look for work.

The main purpose of writing a letter is to help keep the club, therefore, jobs. Hockey players “Dynamo” since 2013 became silver (in the season – 2018/2019) and twice bronze medalists (in the season – 2016/2017 and 2017/2018). Also, the players of the HC “Dynamo” took part in various international competitions, such as the World Championship and the Olympic Games.

You can understand the girls – they came from vacation and immediately said goodbye to their place of work. All of them were given the status of NSA (in accordance with the regulations). According to our information, many hockey players are now calling hockey clubs directly and asking about vacancies. The main reason for dissatisfaction on the part of the Dynamo hockey players is quite understandable – in most teams, the rosters are already complete. Consequently, it will be difficult to find a vacancy – many players of ZhKhK “Dynamo” may be unemployed for at least a season. 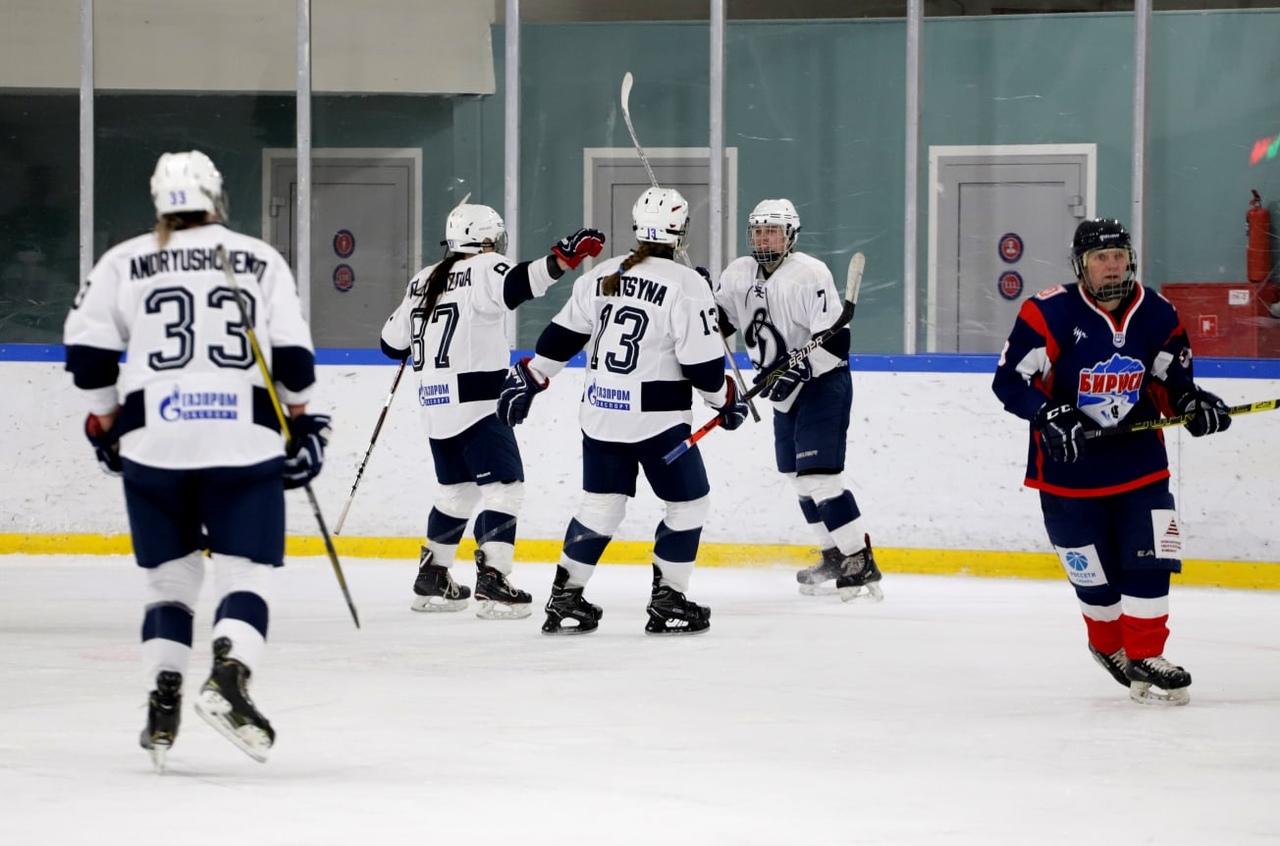 Why did the management of “Dynamo” SPb decide to terminate the activities of the ZhKhL club? The main reason is budget optimization. In simpler words, the money to finance the entire system was cut. The leadership simply had no other choice. But the most important question is the timing of the decision to withdraw the ZhHL club from the tournament. If the management of Dynamo St. Petersburg had announced the fate of the women’s team earlier, the hockey players would have been able to find work – there would have been more time to search for vacancies in other teams. Perhaps the budget was approved quite recently and the management tried to find money to the last. But when they realized that nothing would work out, they dismissed the ZhKhK “Dynamo”.

We decided to look at the financial statements of OOO HC Dynamo Saint Petersburg, which are publicly available on the FTS website. 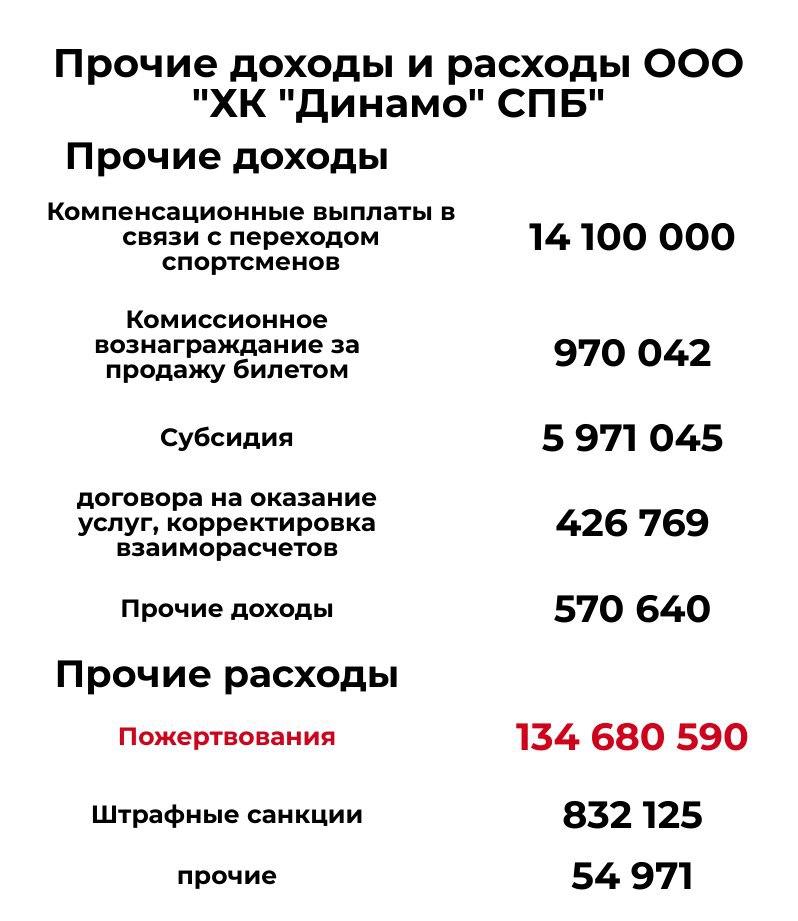 From what catches the eye – the category of other expenses and other income. In 2019, the Dynamo St. Petersburg system earned 14.1 million in compensation for the transfer of its players to other clubs. Also in 2019, HC Dynamo SPb LLC allocated 134 million rubles for donations. Where did these 134 million go?

Everything is very simple. In addition to LLC, “Dynamo” SPb has a bunch of organizations, such as ANO “Center for the Development of Ice Hockey” Dynamo “SPb”, “New Generation” foundation, GBOU boarding school No. 576 and Association “Non-commercial partnership” HC “Dynamo St. Petersburg”. We are interested in the relationship between the last legal entity and the first. The fact is that OOO HC Dynamo SPb can finance ANP Dynamo SPb on the basis of a voluntary donation agreement, hence the amount of donations.

In turn, ANP Dynamo St. Petersburg distributes funds to the Dynamo Sports School, MHL and NMHL clubs, as well as the ZhHL team. But why immediately remove the women’s hockey club? 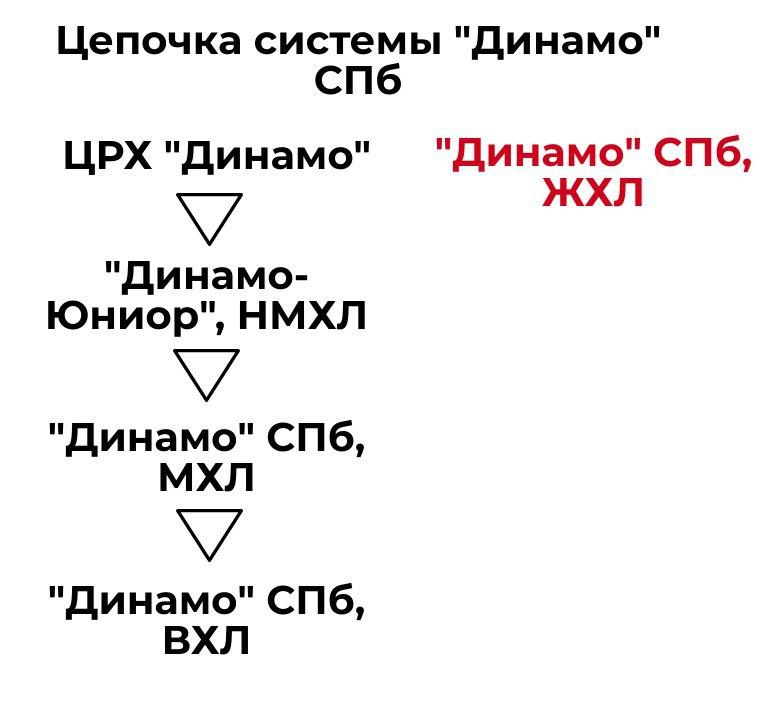 The bottom line is that “Dynamo” in men’s hockey has developed a whole system. In addition, as mentioned above, the club earns on the transfer of its pupils, well, any decrease in funds can deplorably affect the quality of youth development. ZhKhK “Dynamo” SPb stands separately in this hierarchy. The fact that in such a situation it was the women’s hockey club that was dismissed is not surprising.

To the frustration of girls, you can add the absence of any compensating amounts. We have established that the clubs MHL, SDYUSSHOR and ZhKhL are in one link and belong to one legal entity. Consequently, the girls will most likely be fired based on staff reductions. In this case, the employer must pay wages for the time that the employee managed to work in a month, as well as severance pay in case of average monthly earnings and compensation for unused vacation.

“Dynamo” hockey players just came from vacation, therefore, three points disappear. Moreover, clause 10 of the Resolution of the Plenum of the Supreme Court of the Russian Federation of March 17, 2004 No. 2 says that an employer can make a decision to reduce the number of employees or staff at any time and is not obliged to justify it before employees, a trade union organization or other persons. 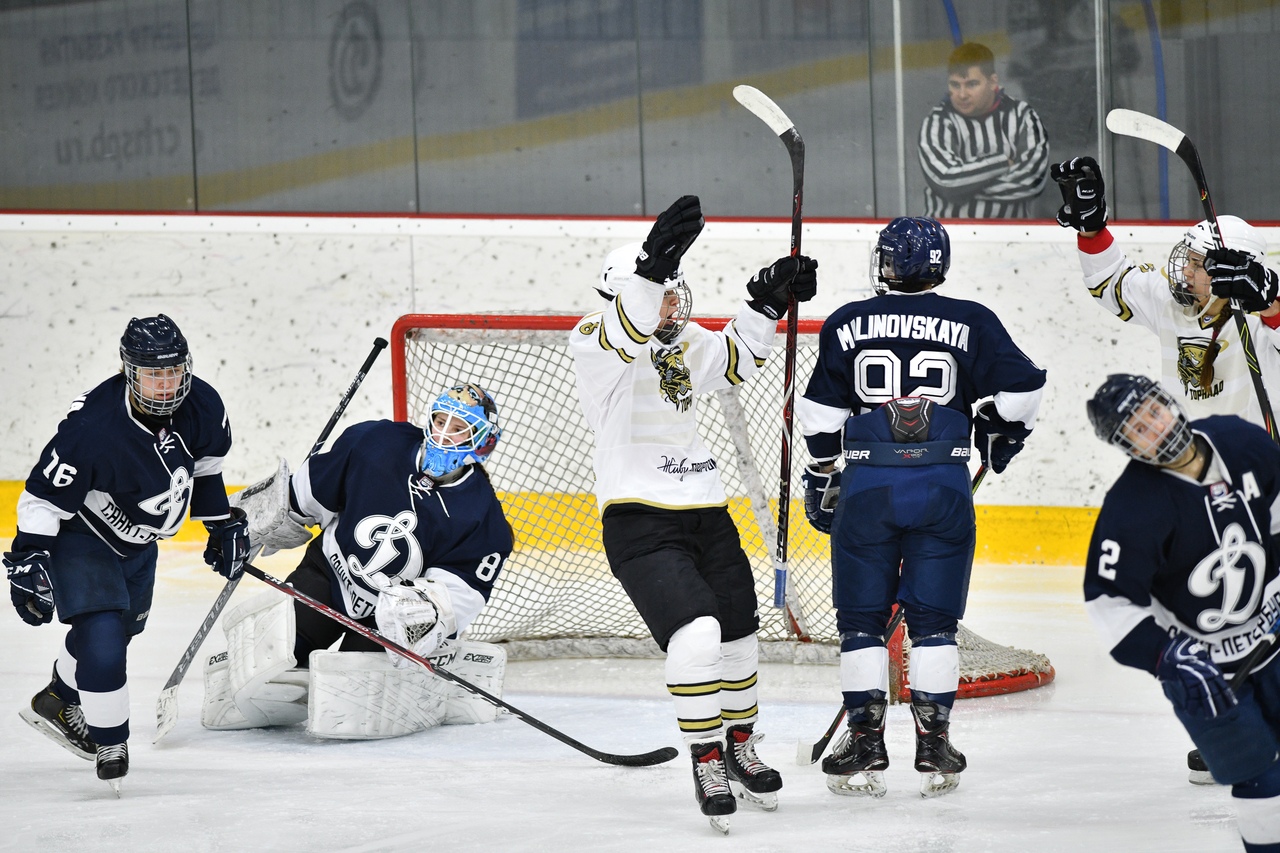 The story with ZhKhK “Dynamo” has a sad effect on the development of women’s hockey in the country. Can you blame the management of “Dynamo”? Perhaps only that the decision was greatly delayed. In the future, all the measures taken are fully justified, both by financial statements and by the Labor Code of the Russian Federation.

Women’s hockey in our country should develop, but now it is supported by the full enthusiasm of the players. Many girls started playing hockey in youth sections. They can only dream of the salary that hockey players receive in the KHL, in the ZhKhL.

In terms of the popularity of women’s hockey, we are far behind North America. Hockey players from the USA and Canada are stars at the level of NHL players: they also gather full stands and participate in the NHL All-Star Game. WHL needs to become a strong organization, but how can this be done in the era of global budget optimization? The KHL, which is subordinate to the ZhKhL, needs to do something. And preferably as soon as possible. 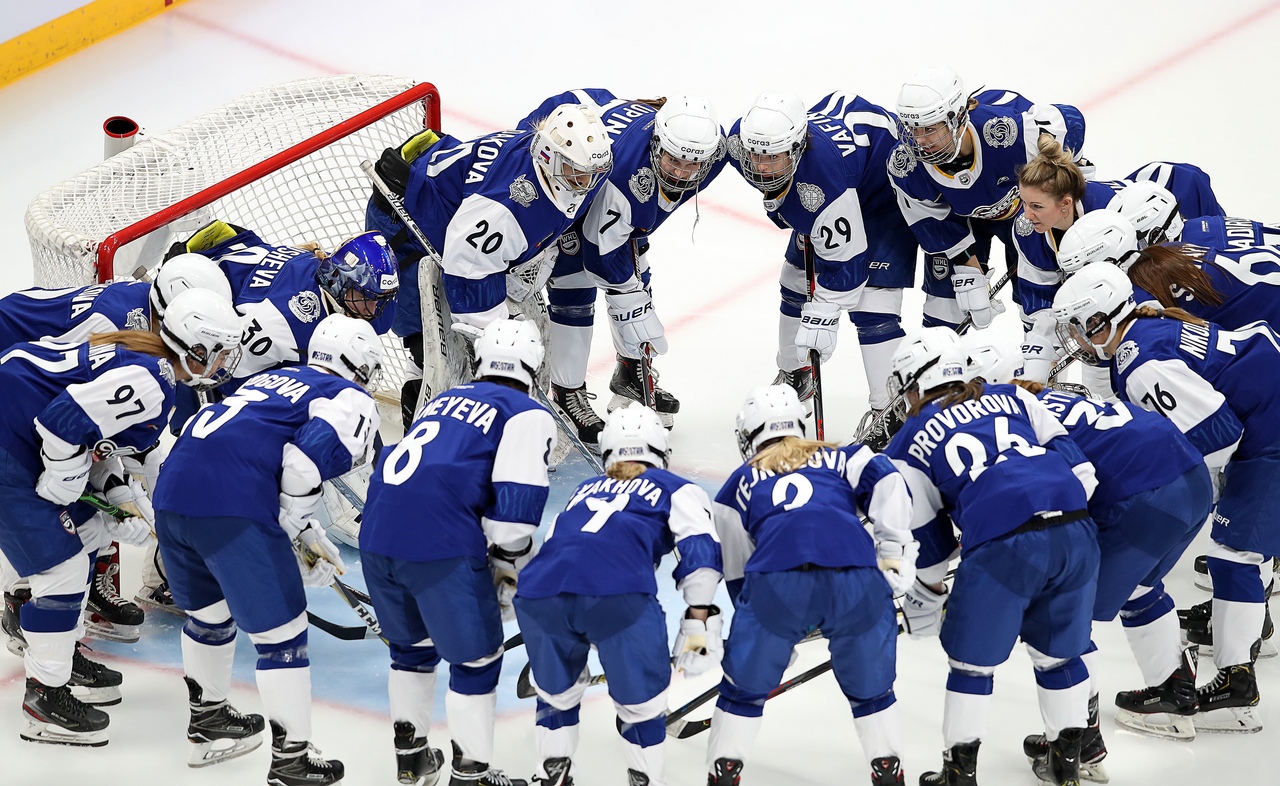