Dyukov took the blame for 10: 1 on himself and defended Pryadkin. RFU President insists that our judges are good, and at stadiums it is safe – Russia-2020 – Blogs

After the executive committee of the RFU, the president of the organization, Alexander Dyukov, appreciated the most important thing that is happening now in our football. We have collected the theses of the speech of the head of the RFU and the main quotes (they are in quotes).

About refereeing: referees work well, but decisions need to be explained

The main topic of the last rounds of the RPL is refereeing problems. Here’s what Dyukov thinks about it:

• It is too early to evaluate the work of Kashshai, because it has been working for only six months, and this period was difficult – the Hungarian needs more time.

• Dyukov said that the expert-judicial commission under the President of the RFU was contacted nine times about 20 episodes, and in 16 episodes the commission supported the judicial decisions.

• The head of the RFU believes that the judges are not open enough, that they should more often explain decisions and conduct educational programs, because few people know the rules and principles of work of the VAR – according to Dyukov, now they should be patiently explained.

“From the first days of work, I called on Victor [Кашшаи] to more openness, to regular communication with the media, to holding briefings, organizing special television programs, since we have a very low level of literacy, understanding of the rules of the game, “Dyukov said.

About Pryadkin: the president of the RPL is trusted, the scandalous amendment to the charter is just a mistake

The clubs were sent a new version of the RPL charter – the clause that clubs can send the president of the RPL (now and for four more years – permanent Sergei Pryadkin) to retirement has disappeared. Dyukov explained how he sees the situation:

• Pryadkin is trusted by all RPL clubs – this can be seen from the voting results, where he was unanimously elected. The criticism that exists now, Dyukov considers more emotional.

• The President of the RFU is sure that the issue with the loss of the item from the charter of the league is closed: there was a problem – Pryadkin, as a leader, promptly reacted, this is the end of the incident.

“I learned about it from some Internet resource. I thought it was a misunderstanding. Then Sergei Gennadievich Pryadkin called me and confirmed it, ”said Dyukov.

The RPL explained how the clause on Pryadkin’s early resignation disappeared from the charter. Of course, it’s a mistake 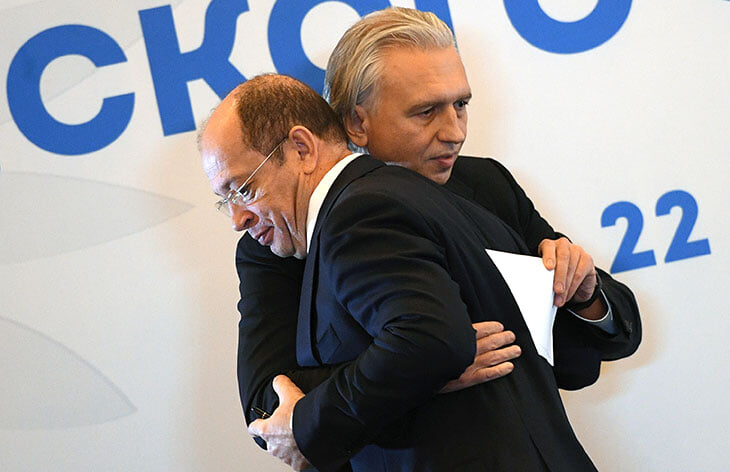 The center of Pryadkin’s emotional criticism is “Rostov”, but the president of the RFU turned all the arrows on himself and explained the decision.

• Dyukov claims that the RFU and he personally really wanted to start playing football after the pandemic, so he gave Sochi and Rostov the opportunity to come to an agreement. And the only difference is that Dynamo and Krasnodar came to an agreement, but Rostov and Sochi could not. And then on July 19, they were not considered for postponement, because they considered such a move unfair in relation to the semifinalists of the Russian Cup.

• The head of the RFU stressed: if Rostov had observed the regulations, there would have been no epidemic there, and Pryadkin was definitely not to blame for the mass infections.

“If we talk about the controversy regarding the postponement of matches – probably I opened this Pandora’s box. It may have been a mistake. It was my decision, and Sergey Gennadievich has nothing to do with this“.

Karpin is right – we have the Rospotrebnadzor Championship of Russia. But the struggle of “Rostov” against Pryadkin is a pitiful sight

About the expansion of the RPL: ​​Dyukov is against, a pandemic is not a reason for him

At a general meeting of Premier League clubs, the issue of expanding the league was raised. The process was initiated by the departed Wings of the Soviets and Orenburg. But the vast majority of clubs voted against. Dyukov believes that it is not worth expanding the league now:

“The decision to expand the league violates the principle of competition integrity and the sporting principle. You cannot change the rules, not only during the course, but after the competition has ended.

Covid became a kind of force majeure, but when we made the decision to resume, everyone knew that there was covid, that we would have to finish the game and that there would be 16 teams in the championship ”.

A new attempt to expand the RPL: ​​it was pushed through by Orenburg and Krylia, but no one supported them

About covid regulations: he called the stadiums a hotbed of safety and emphasized that the responsibility lies with the clubs and the league

Sports.ru chief editor Vlad Voronin asked about how the RFU and RPL plan to solve the problem in the fan sectors: there, in almost no RPL match, fans do not observe social distance. We were able to sort out the problems in the other stands, but there were no improvements for the fans. Dyukov stressed that this is the area of ​​responsibility of the clubs:

• The RFU and the league cannot control the mask on every fan. But what sometimes happens in the stands should not suit anyone. The clubs and the league are responsible for this. 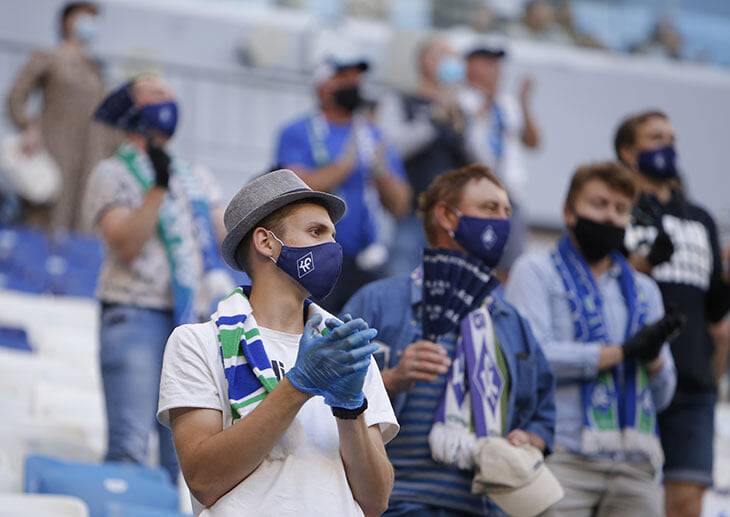 • The RFU and RPL have one tool of influence to discipline clubs: monetary penalties. Another tool is from Rospotrebnadzor. They can ban matches with spectators. But the goal of football management is to increase stadium occupancy, to get a higher percentage of capacity tolerance.

• Dyukov said that the medical committee of the RFU conducted its own analysis of the situation, their conclusion: matches with spectators did not worsen the epidemiological situation in the regions.

“I can’t say that there is chaos at all matches – many people follow the rules. This is how football matches differ from the streets of our cities. In the bowls of the stadiums there are security centers ”.

About Khimki throwing: Dyukov no longer wants such turmoil

Khimki created problems for the entire RPL: ​​the club changed its decision 15 times about where they would play (there was a full palette: RPL, FNL or PFL). The President of the RFU is going to make sure that this does not happen again.

• According to him, formally Khimki did everything right: they confirmed their participation in the Premier League on 9 July. However, representatives of the club and the Moscow region with their statements brought confusion and nervousness. Dyukov believes that this should not happen anymore, the RFU intends to work so that the situation does not repeat itself.

• Denis Rogachev, Deputy Secretary General and Specialist for Legal Affairs at the RFU, added that from the 2020/2021 season, the clubs will have only seven days to notify the league and RFU about the choice of competition. However, it has not yet been decided from what moment this week will be counted: from the day the license was issued or from the moment of the end of the tournament.

Khimki changed their decision 15 times (we counted)! But now in the RPL – they were dragged there by Juran