It is believed that RPL clubs have favorite and least favorite referees. With some they often win, and with others they lose points.

Fans of each team probably know their “heroes”. However, the big picture is difficult to understand.

We decided to determine the favorite and unloved judges of each of the big RPL clubs. Here’s what we got.

– Only referees serving matches this season were taken into account.

– To get into this text, the referee had to serve at least 5 matches of the team.

– The percentage of points scored was calculated conditionally, for clarity. The statistics took into account not only the RPL matches, but also the Russian Cup.

– If a team has a high percentage of points (over 70%) with several referees, priority was given to the referee with a large number of matches played. 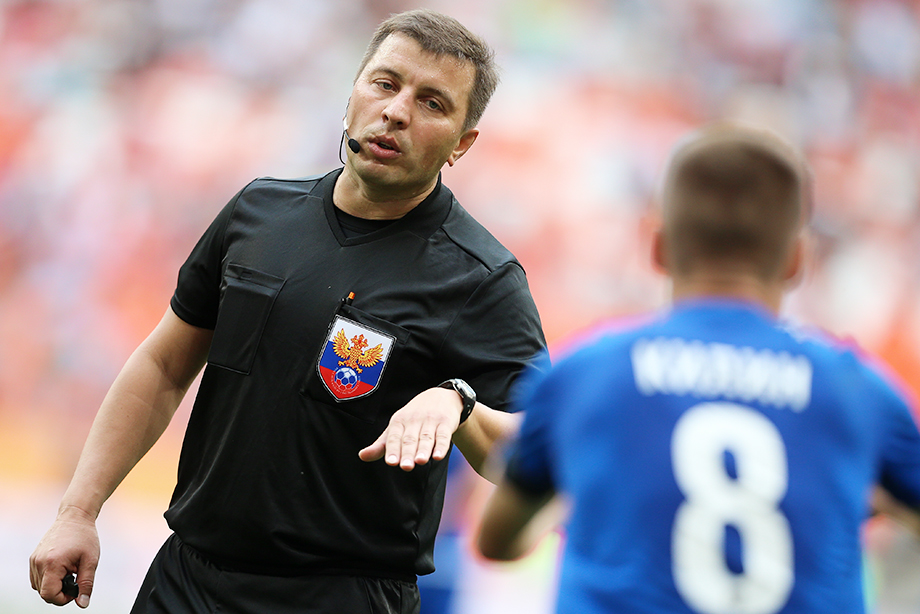 In the case of Zenit, no surprises. It has long been rumored in the cheerleading environment that Vilkov – “St. Petersburg”, and the referee himself seems to be doing everything possible so that they do not subside. Only this season, he twice became the main character of the referee scandals in the matches with the participation of “Zenith” – against CSKA Moscow and “Spartak”. In the game with the CSKA, Vilkov made several controversial decisions in favor of the Petersburgers, and in the Spartak – Zenit match, being in charge of VAR, he provoked Domenico Tedesco to criticism of the arbitrators.

There are two memorable work stories Moskaleva at the matches of the St. Petersburg club. In 2016, in the 1/8 finals of the Russian Cup “Anji” – “Zenit” (4: 0), the referee removed the goalkeeper from St. Petersburg Mikhail Kerzhakov… And three years later, he made several controversial decisions in the match “Spartak” – “Zenit” (1: 1), for which he criticized Alexander Egorov… “He did not give a yellow card to Zenit defender Igor Smolnikov for a foul on Spartak midfielder Alexandra Tashaev. In addition, Moskalev did not award a penalty, although there was a violation of the rules by the defender of “Spartak”, – noted the head of the RFU referee inspection department. 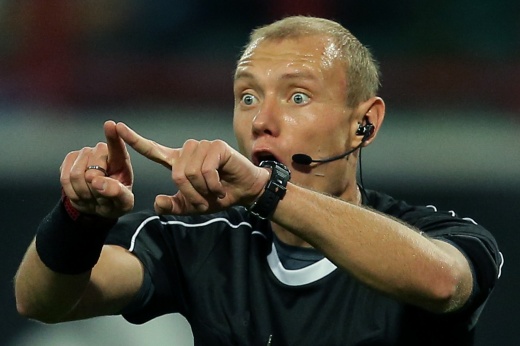 Have they stolen a clean goal from Krylia, and with it a place in the RPL? Analysis of the judging of the 29th round

We analyze the controversial decisions of the arbitrators with Igor Fedotov.

Sergey Ivanov never got caught on high-profile erroneous decisions in favor of “railroad workers”. Moreover, in the 2015/2016 season in the game Lokomotiv – Krasnodar (2: 1), the referee did not even count the net goal of the Moscow club. Nevertheless, according to statistics, Ivanov is the most successful referee for Lokomotiv. 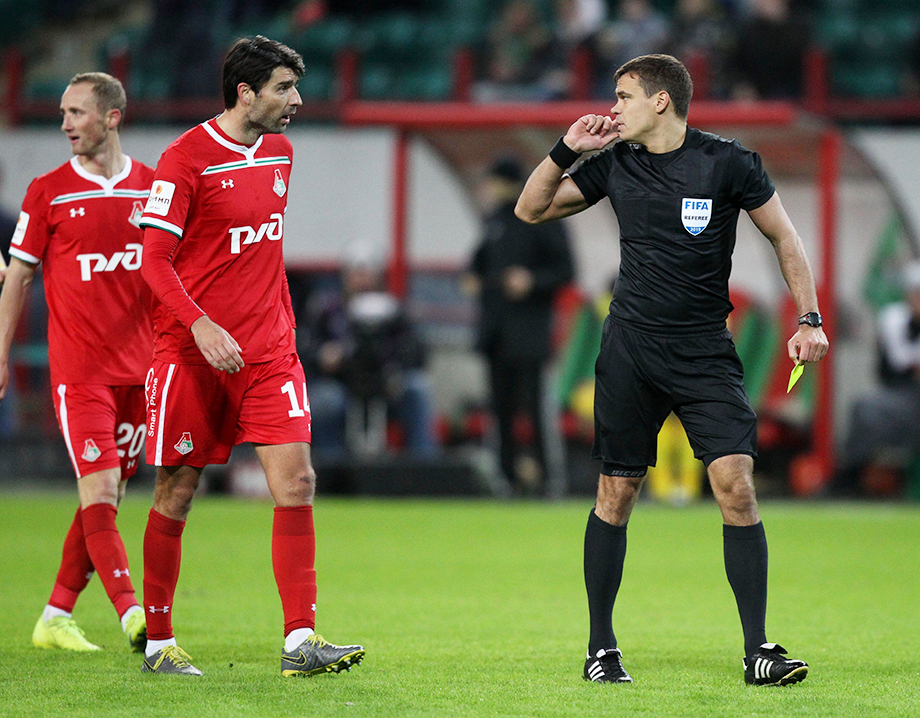 Levnikov during his career he made mistakes more than once in favor of Lokomotiv’s rivals. In the home game of the railroad workers against Amkar (0: 1) in the 2017/2018 season, he mistakenly counted the guests’ goal and did not send off the Perm defender Mikhail Sivakov for a last resort foul in the end. Then the head coach of Loko Yuri Semin said that the referee was playing a trick. Semin’s predecessor spoke even harder about the judge Miodrag Bozovic after the victorious game against Ural (1: 0). “Three referees were the worst on the field today. Ural was constantly allowed to play rough. There are two injured in our squad, and the guests were forgiven two yellow cards, which would turn into red ones. Not only did the referees behave uncertainly, they also smiled, ”the Montenegrin coach was indignant. 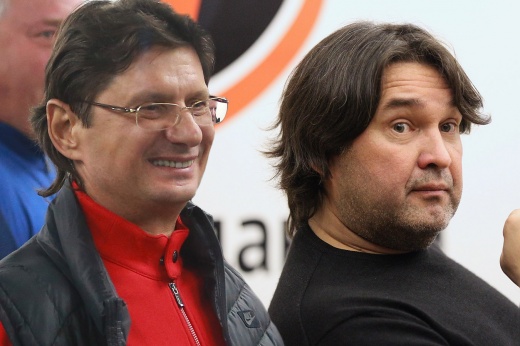 Alexey Matyunin he often got into scandals, and not only judicial ones. For example, 6 years ago Hulk accused the arbiter of racism. However, none of them was associated with Krasnodar. So there are no preconditions for accusing the referee of sympathy for the Krasnodar club. 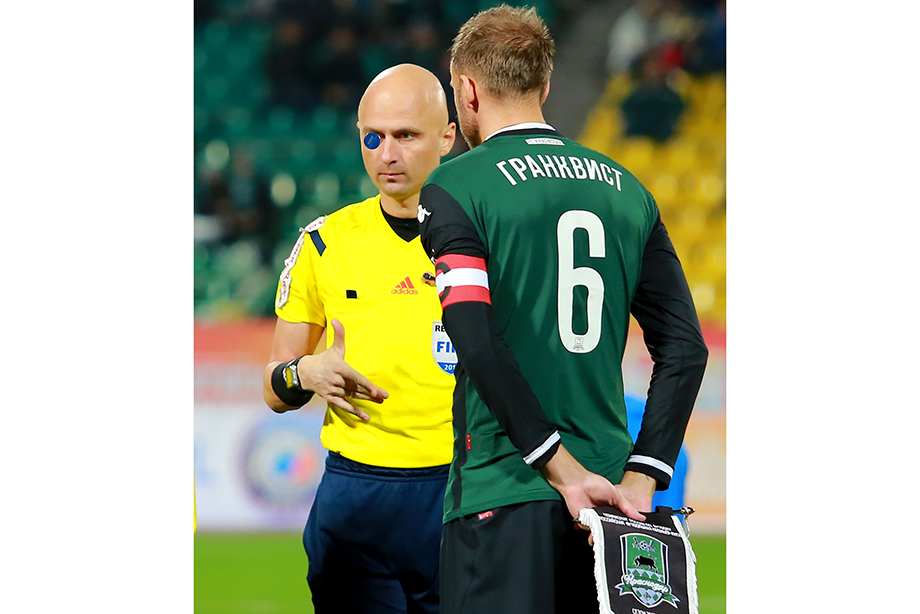 Karasev also was not noticed in the referee scandals in the matches with the participation of Krasnodar. However, in the recent match between the Bulls and Zenit, he made a serious mistake in favor of the St. Petersburg team, counting the first goal of Azmun. “Zenit’s first goal could not be counted. There is rule 16 about the goal kick. He should have been interrupted. Azmun was on the penalty line, this is a violation of the rules of the game – a protest moment. According to the rule, the players of the attacking team cannot be inside the penalty area, and the line is part of the penalty area, “the referee said. Igor Fedotov…

During his career, Levnikov helped CSKA at least twice. In the 2015/2016 season, in the home game of CSKA with Rostov (2: 1), the referee made several controversial decisions in favor of the hosts. As a result, the guests lost, and the midfielder Guelor Kanga showed the referee the middle finger. And in 2017, he mistakenly assigned a penalty to SKA-Khabarovsk. In that match, Khabarovsk lost to CSKA (0: 2), Levnikov was awarded a negative assessment and was exiled to several games in the FNL. 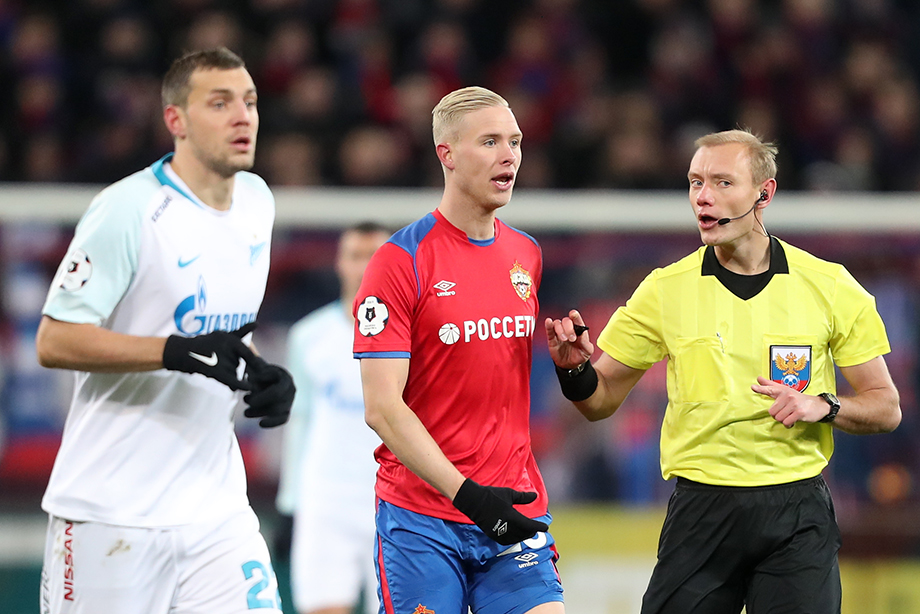 Oddly enough, the rivals of the “army team” were often dissatisfied with the refereeing. In 2011, after the main Moscow derby, Leonid Fedun even promised to do everything possible so that Karasev would no longer work as the main judge. Nevertheless, the referee could not avoid criticism from CSKA. In 2017, after a draw with Lokomotiv, he ran over Karasev Victor Goncharenko, considering that the referee mistakenly removed from the field Khetaga Khosonova… 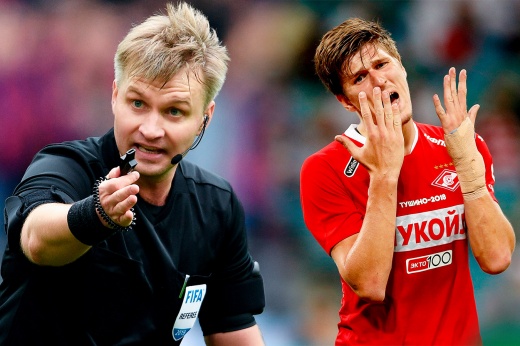 “Against“ Spartak ”there is a conspiracy of referees and bias. What should the club do? Accept “

Moskalev worked without serious mistakes in each of Rostov’s 10 matches and left no reason to doubt his impartiality. Most likely, such a successful statistics of Rostovites is due to the fact that Moskalev made his debut in the RPL only in 2014. At the same time, “Rostov” began to turn from an outsider into a contender for the European competition. 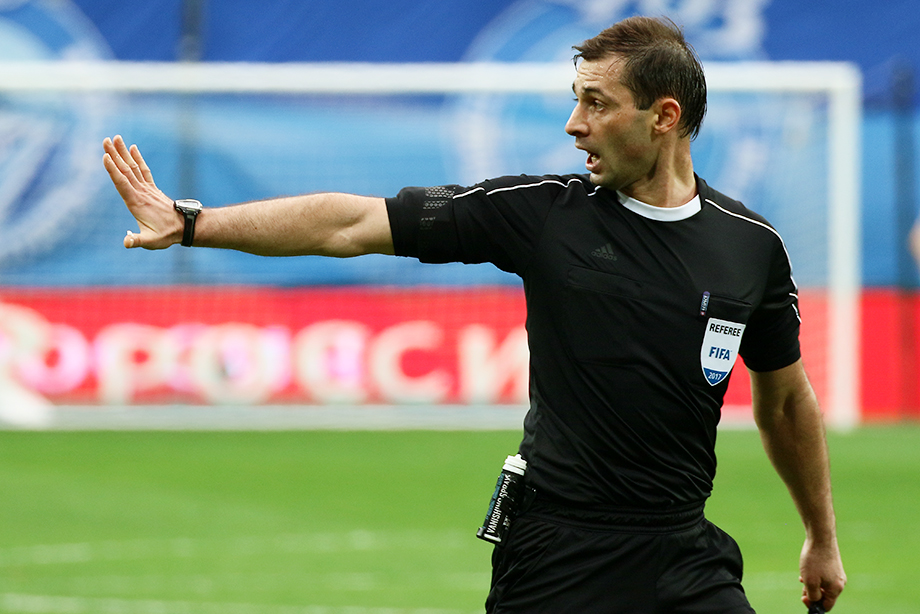 Rostov has never had any serious complaints against the referee. Nevertheless, in the match of the 27th round “Rostov” – “Ufa” (1: 2) Eskov gave them a suitable reason, counting the winning goal of the Ufa team. “At the 75th minute, a goal against Rostov was scored in violation of the rules. For Eskov, this is a difficult moment – the attacking player knocked down the Rostov player with his knee, but the second leg of the hosts’ footballer closes the main referee’s view. Even VAR did not understand this episode. Most likely, they were looking at the moment of the attacker’s hand, and they had to look at Norman’s feet. This is a VAR mistake, although I do not relieve Eskov of responsibility. “Rostov” lost because of this effective error of the judges “, – said the referee Igor Fedotov. 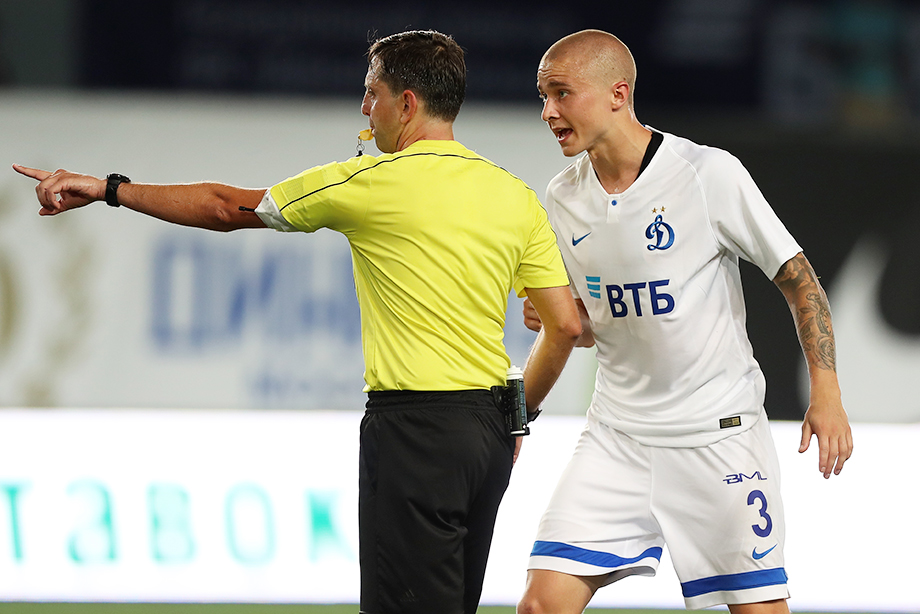 When judging Kukuyana Dynamo played only with the middle peasants and outsiders – Ufa, Orenburg, Ural, Rubin, Tosno and the team from the FNL – Neftekhimik. Hence the following results. Nevertheless, you can’t argue with numbers: Pavel Kukuyan is the most successful referee for the Moscow club.

Under Alexey Yeskov, Dynamo suffered 7 defeats, but perhaps one of them was remembered by the fans a little better than the others. It’s about the home match of the Moscow club with Spartak. Then, with the score 1: 1, Eskov canceled the goal Buttnerallegedly scored from an offside position. Dynamo conceded a little later and lost in the end. Many experts considered the referee’s decision to cancel the goal erroneous, but then no sanctions were imposed on Eskov. 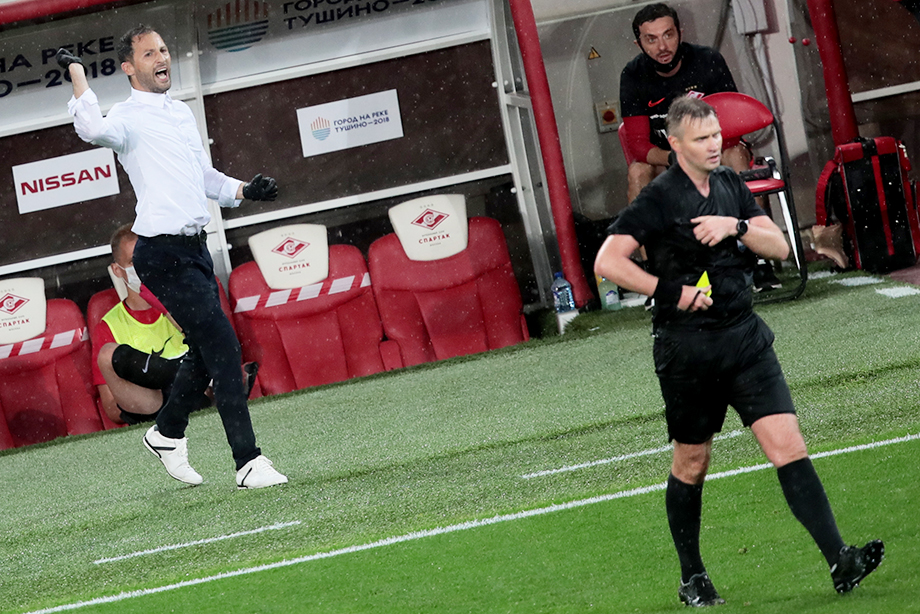 About love” Lapochkin to “Spartak” has been known for a long time. In the cheerleader environment, the referees are considered a fan of the Moscow club, and the Spartak players themselves often make fun of him. “Before the match Krylya Sovetov – Spartak Artyom Rebrov during the warm-up he came up and jokingly asked: “Today, as always?” Everyone knows my statistics, ”Lapochkin recalled. However, the judge assures that he is not a fan of Spartak and has not yet recognized who he really supports. 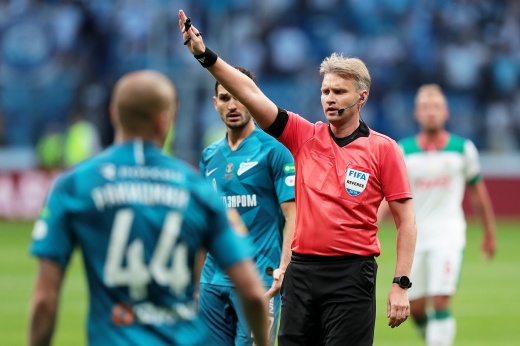 Lapochkin was tested on a polygraph. He is suspected of biased refereeing

An unexpected twist in a looming scandal.

No surprises again. “Spartak” under Vilkov is showing such poor results that many without this text would have easily guessed who the “unloved” referee of the red and white was. Moreover, Vilkov himself regularly prompts, making controversial decisions in Spartak’s games. No wonder, when it was decided to hold the semifinal match of the Russian Cup in St. Petersburg, Leonid Fedun threw this phrase: “It remains only to put Vilkov on the refereeing … And then everything will be fine with them.”

I passed Mafia 3. She’s not so bad if you forget about her reviews – Chikibamboni – Blogs