Have you noticed the icon on the poster of the first Stalker? Now let’s explain what it means – Worst Silencer CIS – Blogs

It is very symbolic.

On July 23, they announced the second part of the STALKER game series. Media studied the arts of the new game, and remembered similar ones from the old parts. We were interested in one of them. This image was on soundtrack cover the first part, and you can also find it on the official website of the game…

You have probably seen this image (or its variations), but did not attach importance to the icon of the Virgin, which can be seen on the gate.

Byzantinist Anastasia Likhenko helped us to understand the meanings and meaning of the icon depicted in the figure.

“There are three main types of icons of the Theotokos: a guidebook (in Greek -“ odigitria ”), affection (“ eleusa ”) and a praying one (“ oranta ”). All other names (Vladimirskaya, Kazanskaya, Smolenskaya, etc.) are variants of these three main types. The picture shows the Hodegetria. She points with her hand to the infant Christ as the true way of salvation for the human race. “

Church authority says that the first icon of Hodegetria was written by the Evangelist Luke personally. From the Holy Land, the icon came to Constantinople, where, possibly, it was kept in the Odigon monastery, from which, probably, its name originated.

Below is one example of the Hodegetria: Our Lady of Smolensk, which was written by Dionysius. 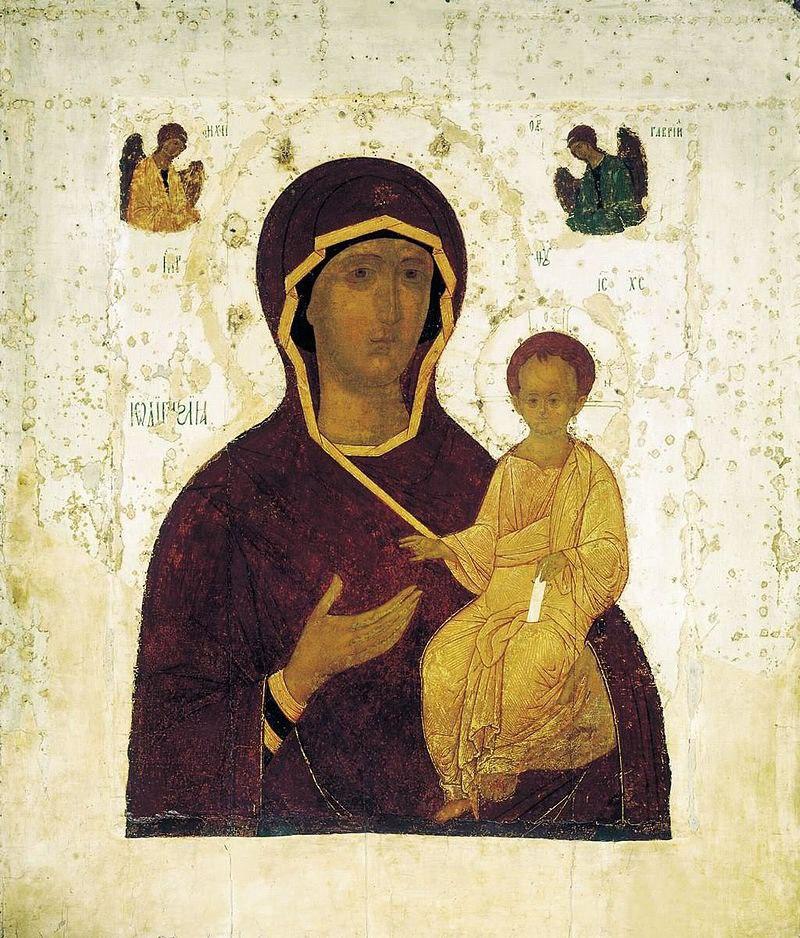 Such icons could be found anywhere. For example, the Hodegetria are often hung at home, and the Kazan icon (a variation of the Hodegetria) is most often ordered for a wedding.

Gate icons (as on the Stalker’s poster) were also often Hodegetries. Symbolism is easily read in this: the Mother of God points with her hand to the only correct path, and the gates, entry and exit are associated with the road. In addition, the choice of the icon is also symbolic in terms of the gameplay and the meaning of the game: stalkers are people who explore little-known and life-threatening places. They are looking for the right path, and the Mother of God points to it with her hand.

Is there an icon with which the image for the picture of “Stalker” was drawn?

We think so. It is important that this is not the usual Hodegetria, but the Hodegetria of Dexocratus, that is, the Right-Handed: the Mother of God holds Christ in her right hand, and not in her left, as in most icons. In addition, both look in the same direction.

Most of all, the Kikk Icon of the Mother of God resembles the icon from the picture:

The first such icon was brought to Cyprus by the Byzantine emperor Alexei Komnenos at the end of the ΧΙ century, and since then it has been in the Kykkos monastery. This icon is the shrine of Cyprus. The art by “Stalker” shows an icon of the same type.

There is a new young hope in Beltennis. She’s incredibly cute (but dominates the courts!) – Girl of the Day – Blogs