Hawk flight with Cleaver: will it be high? 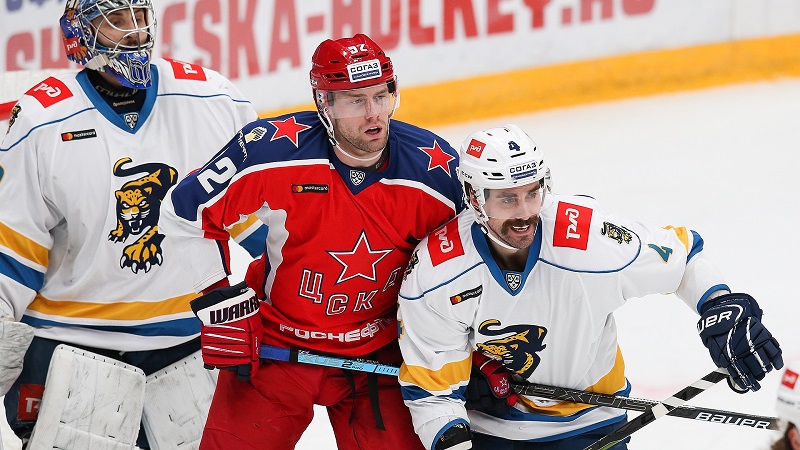 A good legionary brigade has gathered at the “Vanguard”

In transfer history Jiri Sekacha finally the end has come. Negotiations on a new contract with CSKA ended in nothing, back in April rumor began to woo the Czech in the “Vanguard”. Then these conversations stopped for a while, and others began, about the Minsk “Dynamo”. I wonder how real this transition was at all? I think that his probability was extremely low. A few days ago, an information wave called “Cleaver in Avangard” gained momentum again, now it splashed onto the shore from official news that the “Hawks” have signed an agreement with the striker for a period of one season. Moreover, the Czech will earn half as much as last season at CSKA. His salary will be 50 million rubles per season.

⚡ The Avangard hockey club signed a one-year contract with the Czech 28-year-old striker, Gagarin Cup winner Jiri Sekach. Alexey Volkov, General Manager of HC Avangard: ⠀ 💬 We wanted to see a versatile two-way forward in the team. The chopper works great in attack, he can throw, and play a pass, and push the opponent in the patch, and fix the puck into the goal. He knows how to play in defense, is not afraid of power struggle, skates great and sees the court. Jiri has been playing in Russia for a long time, he does not need to adapt to the KHL hockey. He has always played in the teams that fought for the Gagarin Cup, knows what a playoff cut is, and we believe that his experience will definitely come in handy for Avangard in the new season. ⠀ 📊 Last season, Sekach played 45 matches with CSKA and scored 25 (12 + 13) points with a +12 utility. # Omsk Avangard # transfer # new season # newbie # welcome #welcome

The Vanguard needed a fifth legionnaire instead of the departed Andrighetto, and he got it. True, the substitution was not quite according to the position, because Sekach plays the central striker. The Czech’s pluses, in addition to his playing merits (intelligence, ability to fight for a position and on the side, a sense of goal), should also include a rich experience of playing in the KHL, including in the playoffs. In addition to CSKA, Jiri played in our league for Ak Bars and Lev. The line of foreigners in Omsk is now complete, both in quantity and quality. At least it seems so at first glance.

Finnish defender Ville Pokka has been with the team for the third season. And, perhaps, the only unsuccessful period during this time was the recent playoffs, when in six games with “Salavat” he earned “-3” in the indicator of usefulness. For the rest, Ville was and, I hope, will continue to be an apologist for reliability. Plus, it’s not bad at connecting to attacks. Compatriot Oliver Kaski spent last season in the AHL with 13 goals and 12 assists for Detroit and Carolina farms. In addition, he won gold at the 2019 World Cup with the Finnish national team. A one-year contract with Avangard can be seen for him as an opportunity to return to Europe for a short time before a second attempt to break through in America. Malte Stremwall was guided by similar motives last summer, but so far he hasn’t gotten along with the options of going overseas.

Oliver Kaski is a defender, which does not prevent him from sending gorgeous pucks to the opponents We look and look forward to the season! pic.twitter.com/iIwz2MBd0e

What will the strike link at Omsk be like?

We pass to the line of attack. Reed Boucher, according to Alexander Krylov, can become the star of the KHL. The 26-year-old striker finished second in the AHL scoring race last year. He has 67 points (34 goals, 33 assists) in 53 games played for Vancouver’s Uticu Comets farm club. The main position of the American is the left flank of the attack, but, if necessary, he can play in the center. On paper, this is a very strong acquisition. Let’s see how Boucher will be able to adapt to the KHL. It seems that he will not have any problems with this. The other two guys from the attack line are very familiar to us. Korban Knight showed himself excellently in Barys (thanks to the Kazakh team for the fact that it regularly supplies the league with high-quality legionnaires). The first two triplets at “Vanguard” are now efficiently and tightly closed by legionnaires. In this case, Kirill Semenov may be relegated to the third link. Potentially, Omsk people can get three playing triplets with approximately the same potential. This is similar to the lineup model that is formed by other top clubs, for example SKA, with the only difference that the St. Petersburg team has a combination entirely of young people. Unfortunately, with Avangard, while maintaining the current state of affairs, the emergence of such a troika is still impossible.

On paper, the Omsk people have carried out a fairly good selection. Now it’s important to understand exactly how Bob Hartley will fit the newcomers into the squad. The first link can take the following form: Boucher – Sekach (Knight) – Khokhlachev. This three promises to be quite effective. In any case, now Omsk has a month and a half to play the combinations. The signing of the Cleaver is great news for the fans of the team. It will not only strengthen the team, but also make its composition more variable, which is very important not only in the regular season, but, above all, in the playoffs.

Report a bug or typo

The new Russian championship starts on August 2 – forecasts and expectations