I am happy that Ivanovich gave Russia 5 years. We almost never have players of his level – Five Corners – Blogs

I know it’s difficult, but I suggest not to be sad, but to fix the pleasant: we were very lucky that three years ago Ivanovich returned to Russia.

In Western Europe, the Balkans (as well as the Russians) are looked upon with distrust: they seem to be the same Europeans, but others are sullen and more militant. Sometimes it gets in the way, but with Ivanovich it’s the opposite. He stayed in England for nine years precisely because he broke compromises, and made it a corporate identity.

At Chelsea, Ivanovic unpacked the status of one of the most useful full-backs in Europe, and when required, he moved to the center and worked as efficiently as on the flank. Sounds fabulous: former Lokomotiv player became a Premier League starand Jose Mourinho painted his perfectly accurate portrait in two sentences, recalling the 2014/15 League Cup semi-final with Liverpool. Ivanovich ended that match with an injury, but was able to score and led the team to the final.

“Ivanovich’s boots need to be displayed on the stand in the foyer of the academy so that the young players can see that they are all covered in blood,” Jose said. “We cannot show his legs there, which are all covered with scars and abrasions, but these snow-white boots, drenched in blood, will become an example of how to surrender to the game.” 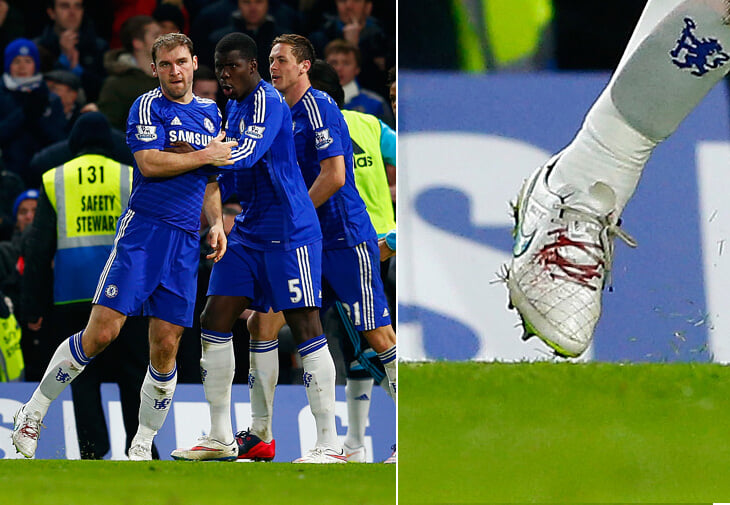 Just after that season, Ivanovich was slightly injured, and in 2017 he turned 33 – time to say goodbye to the Premier League and look for a place where the pace of the game cannot be compared with the speed of the Falcon 9. When Zenit winked at the Serb, we were delighted and did not doubt his strength, but still asked questions.

And in a year he will still be turned on by football?

Surely not getting bored after England?

Does he come not only for the sake of a magnificent contract?

Probably, everyone who has such a flicker in their head is now even a little embarrassed, because this version of Ivanovich turned out to be not outdated, but improved – the same defender who shone in Loko in the mid-2000s, only with experience playing in a pair with Terry and against Aguero, Firmino, Suarez, Alexis Sanchez.

By the way, remember how foolishly it all started? Lucescu saw the Serb as Garay’s replacement, but first let him out from the right because of Smolnikov’s injury and Anyukov’s suspicious form. In the very first official match – the playoffs of the LE against Anderlecht – Ivanovich brought both goals and was very scared that he would not pull it anymore. He could have kept silent and quietly come to his senses, but spoke right after the game: “I was very wrong. This is probably what children do when they start playing football. ” 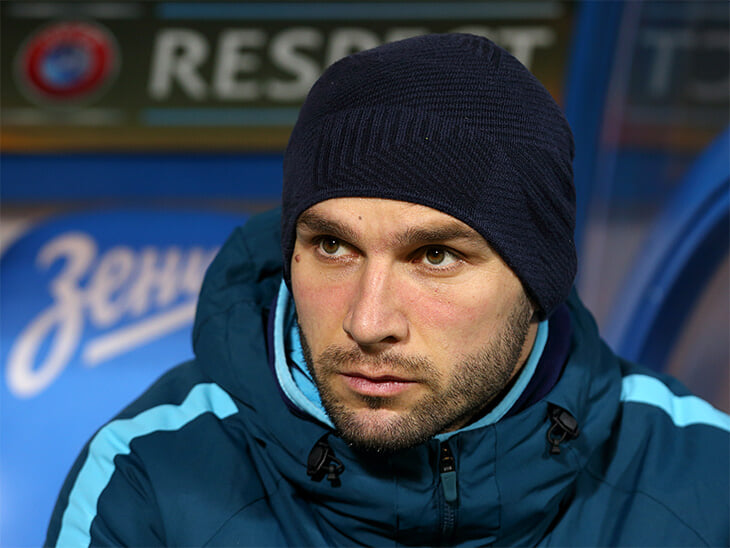 It was not just an apology, but a lively and honest experience, anger at himself for the idiotic mistakes, which in such a number he did not make even for six months – and there was only one match, and even the first. In the 2016/17 season, Ivanovic never found himself, and after Lucescu left, he lived under pressure: the club loudly persuaded Manolas, and Mancini repeated that while the transfer window was working, it was necessary to buy a central defender – although the Ivanovic-Neto pair coped with it, but still embarrassed him.

Everything worked out after the transfer of Mammana. He and Ivanovic understood each other perfectly in the center, and when Mancini dragged the Serb to the flank, Zenit got the very guy who had recently handed out assists to Azar and Torres (only now to Kokorin and Poloz). The second part of the season under Mancini was the last, when Zenit suffered and did not understand where and what was constantly breaking down. It was definitely not Ivanovich who broke down, who became a symbol of reliability and knowledge: he always has everything under control.

In March 2019, before the derby with Spartak, Ivanovich said that such matches should be played with your heart. But he just barely played with his heart. Under Semak, Ivanovich finally turned into a soldier fixated on order, took responsibility for doing his utmost so that the fans would not be nervous – or worried about the defense as rarely as possible. Yes, he no longer had the same speed, but he retained his tenacity and the ability to choose a position so as to feel more comfortable than an opponent. 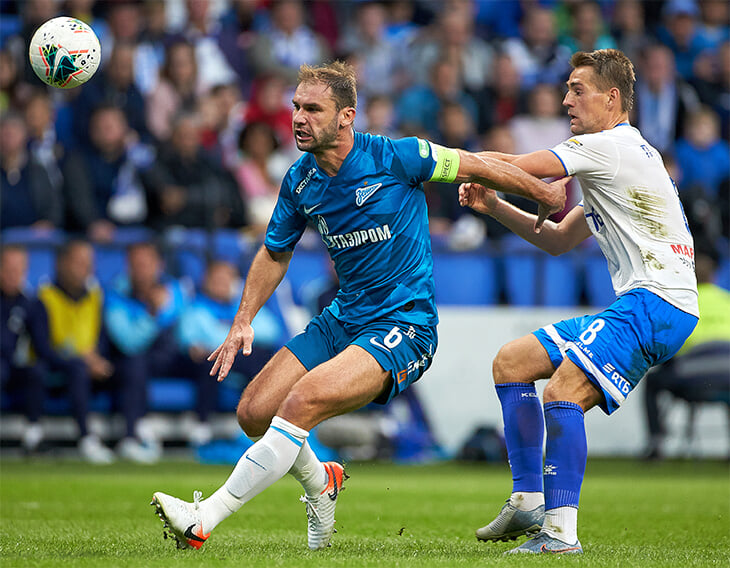 I remember Ivanovich was asked if he liked the rumors about Barcelona’s interest, and he immediately said goodbye to the journalists: “Thank you guys. Goodbye”. It’s foolish to ask such a man, for whom decency in a relationship is more valuable than a flirtation of a model from the cover of Vogue. Ivanovich was generally a foreign body in the league where the player is exiled on loan contrary to the opinion of the head coach, and the general director of the club shows fans the fact…

Ivanovich’s professionalism is a brand worthy of the new Zenit merchandise and a separate place in history… At 33, the club got a footballer who, in 3.5 seasons:

• outlived all competitors, and with Rakitskiy made the main pair of the league defenders;

• looked after himself and trained so as not to get a single serious injury;

• did not get into any questionable story; 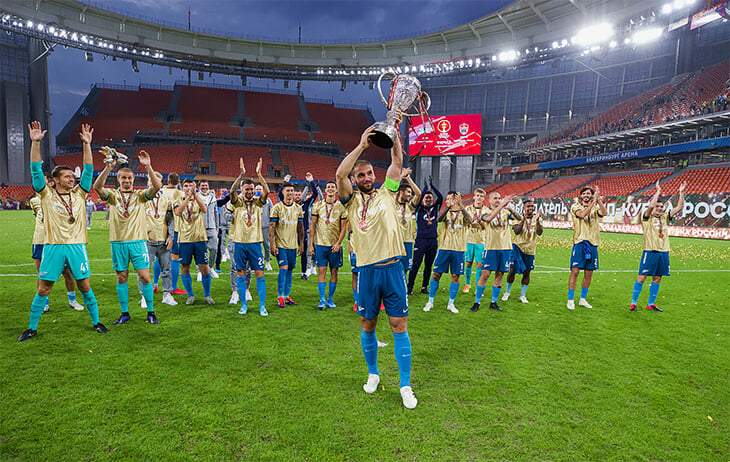 The only place where Ivanovich allowed himself to be one of us is his native Serbia: “A little unprofessional, but I really love to eat. I love all cuisines, I can taste any. I can’t refuse Serbian cuisine. It is heavy, a lot of meat, a lot of bread. But at the training camp I try to eat as a professional should. “

Ivanovich said that Zenit’s ambitions help to stay motivated at his age. I don’t think this is true. The truth is that Ivanovic would have fought for absolutely any club to help his people (players, fans, bosses) become a little happier.

Today is not the time to be sad. After all, we are very lucky that Ivanovich returned to Russia three years ago.

Highlights in CS: GO have been made the best fragment movie in history. Special Effects and Staging – Like Michael Bay – CS Monologues – Blogs