if you go to the USA or Canada, then only to the NHL

Prokhor Poltapov – a pupil of St. Petersburg hockey, now playing in the CSKA system. Prokhor has excellent technique and skating, plus in recent years he has added a penny to the game. Poltapov enters the NHL draft in 2021. 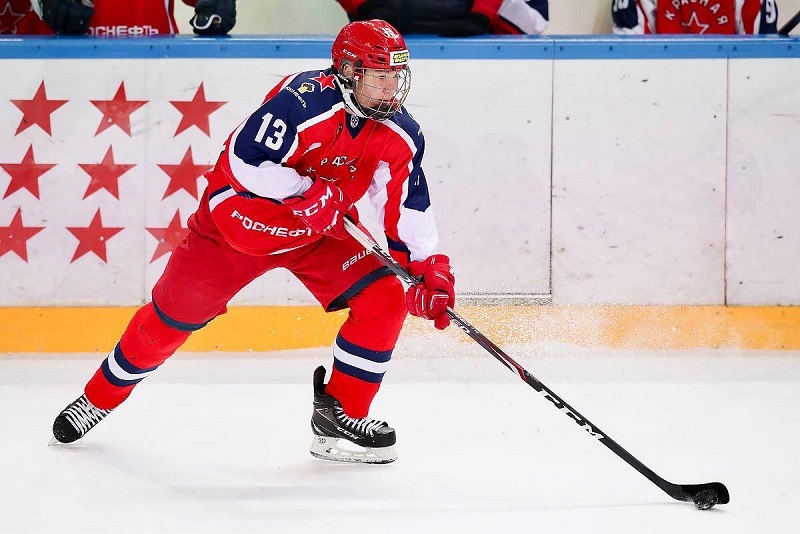 In an interview AllHockey.Ru Prokhor told how he began to play hockey, about the reasons for moving from St. Petersburg to Moscow, and also why he decided not to leave for North America.

“In St. Petersburg, I took all the trophies by my age – I wanted something new”

– Prokhor, hello. You are now at the training camp with the team, how is your preparation going?

– Yes, now with the youth team. All is well, the first four days were retraction workouts. The next classes will already be more intense.

– Tell us how you got started in hockey.

– Since I was a hyperactive child in childhood, my parents put me on the ice at the age of three. We had a large open ice rink next to our house – I made my first steps on it. I was sent to the hockey section at the same age, although the set was only from the age of five, that is, I skated there with the elders. At the age of six, I entered the Silver Lions school.

– How was the training organized at Silver Lions?

– Did they want to leave you in St. Petersburg, for example, to pick you up at SKA?

– They wanted to take me to SKA at the age of six, but the “Silver Lions” persistently persuaded me to go to them, therefore I made a choice in their favor.

– Why then did you move to Vityaz?

– In St. Petersburg, I took all the trophies for my age – I wanted something new. Plus, Moscow has one of the strongest championships.

– Then you moved to Dynamo Moscow and CSKA. Why?

– The coaches invited me to Dynamo. I originally played for the “White-Blue” in 2002, and then they let me down in 2003, because many guys born in 2002 played in Dynamo in 2001, respectively, they were transferred to their year of birth, and we to your. When the time came for the MHL, I chose CSKA – they called me there for two years.

– You made your debut this season in the MHL. Were there any problems with adaptation?

– The difficulty was that, unlike Dynamo, the CSKA system requires the attackers to work out in defense. In “Dynamo” I was focused only on attack, and in “Army” club you need to keep up with both defense and attack. I adapted for about three months, then got used to it.

– Can you remember your first goal in the MHL?

– I could have scored the puck in my debut game, but missed an empty goal. And so in the first puck there was nothing unusual – just drove out from behind the goal and scored. Working goal.

“At home I played with a ball and a club every day, as I came home from school – I could have” killed “the whole day like this 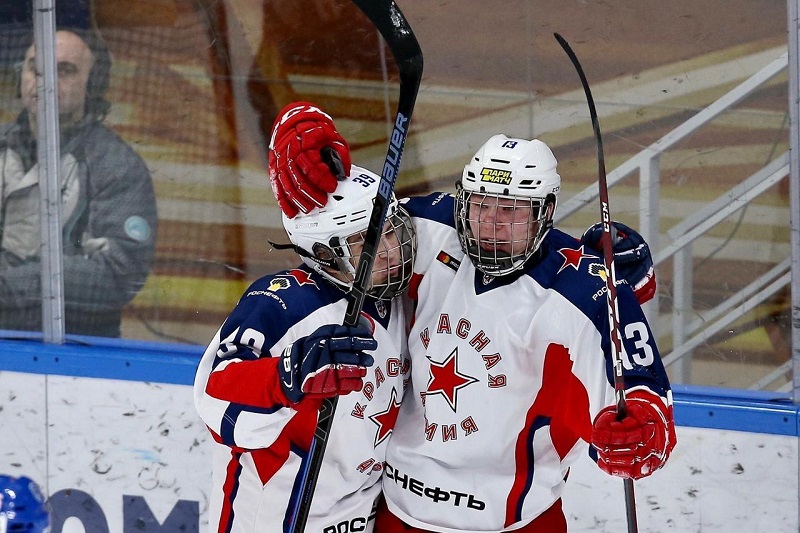 – I watched your video feed when you were at the Silver Lions. You very often covered the puck with your body, drove outside the goal and then rocked the defenders. Did you work on technique and skiing separately?

– At home I played with a ball and a club every day, as I came home from school – I could have “killed” the whole day. I didn’t have any trolleys. Skating was set for us by the coach at the Silver Lions – there were always 40 minutes of skating before training.

– Now you are actively working on a penny, and you have a lot of goals from this particular zone. Is this the coach’s attitude?

– Yes, if two players are fighting with the puck, then I should be on a nickel.

– Very often you choose the position where the puck bounces. Is it a goal flair?

– A good player takes the puck in the right place, and the master is already where it will be (laughs). In fact, I’m just analyzing where the puck might be after a rebound – that’s where I go. Maybe it’s really some kind of flair.

“We followed the coaching directive and the Canadians couldn’t do anything at all.”

– You have been calling for the Russian junior team for a long time. How did it feel to be called up to the national team for the first time?

– I felt good, plus I immediately found a common language with the coaches.

– You participated in the World Challenge Cup, what were your feelings?

– A very cool tournament. All rivals were good – Swedes, Finns and three teams of the Canadian national team – “bit” there with “Maple Leaves”. We followed the coaching directive, and the Canadians couldn’t do anything at all. What caught my eye – the Canadians were all physically powerful, they were straight healthy.

– Did you have any offers to continue your career overseas?

– I know that they were interested in me, but I was not going to leave Russia – all the conditions for your development have been created here.

– Why did you decide to stay?

– If you go to the USA or Canada, then only in the NHL. You need to show yourself in Russia and go to the NHL already in the status of a star. As, for example, Kirill Kaprizov did – they will now treat him differently in North America.

– What are your plans for the next season?

– We will fight for the Kharlamov Cup with the team! We need to prove that this season the team will be no worse than in the past. In terms of personal achievements, you need to score points in every match, help your club win. Well, try to make my debut in the KHL – I’ll do my best for this!

RPL table after the resumption of the championship in June