I’m already waiting for a meeting with Rymarev, I haven’t played against each other yet

Long-term leader Ust-Kamenogorsk “Torpedo”Alexander Shin – about the past season, his relationship with Yevgeny Rymarev and the secret of his performance. 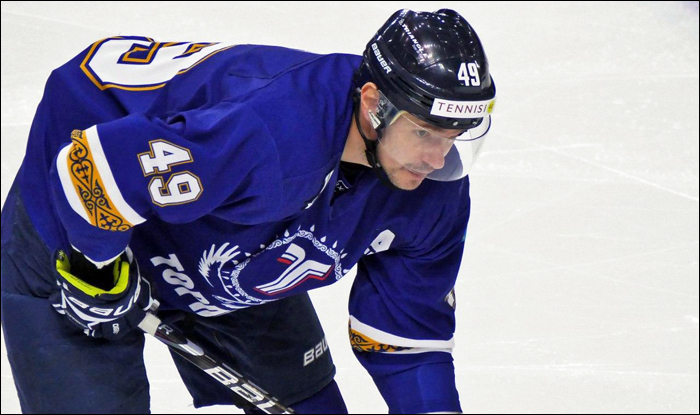 – The past season was bright enough for Torpedo. Before the start, Alexey Zhdakhin returned to the team. Were you glad the return of your almost native coach?

– Yes of course. Aleksey Gennadievich and I had already worked together, so there were no difficulties, everything was simple and clear – his requirements were familiar to me.

– Did you have a feeling that this season the team will be able to repeat the success of three years ago?

– Honestly, this year there was a different team. That lineup was more mature or something, but this team is younger. But the guys are all capable, there was a very good selection. I wanted, of course, to have an even better result – to win, to get to the final. But it turned out that we faced problems, injuries – Perevozchikov had damage, for example. It was hard. But “Zvezda” is a very strong team, they won the regular season for a reason. We fought as best we could.

– At the beginning of the season, “Torpedo” alternated victories with defeats, there were no protracted series right up until November-December. What was the cause of the roller coaster in the results?

– It seems to me that the guys got used to each other, got used to it – some of them worked with Zhdakhin for the first time, the requirements for them were new. It staggered, staggered, and by the end it was more or less leveled, just dispersed late. Zhdakhin is a very demanding coach, discipline and dedication are needed.

– In November-December, “Torpedo” was expecting a recession, the long-awaited winning streak came just before the New Year. Was there a fear that the team would lose courage because of the rest?

– In principle, no. We worked a lot during this pause, we had serious training – we ran with balloons, there were a lot of exercises with a barbell. We also talked with the guys, discussed that a coach is a coach, but we also need to play ourselves. The guys understood this, and we mobilized for the ending, got into the playoffs.

– Dmitry Molodtsov noted that the coaching staff introduced changes to the training process before the New Year, which affected the results in the last months of the championship. Did you feel like the team needed changes even earlier? Or did that conversation with the team play a big role in the subsequent results?

– All autumn there was a very tight schedule, games every other day: at home we only play a match and immediately fly away – we did not have time for a large number of classes, for running with balloons and so on. But when there was a pause, everyone had already talked calmly and worked well. We knew that you need to enter the playoffs in any way – that year we flew by, this year we had to, otherwise people in Ust-Kamenogorsk would have torn us apart (smiles).

– For the January matches with “Metallurg” the team somehow tuned in in a special way, as to the main competitor for a place in the playoffs? Or the games with the “Forge” were perceived as the others?

– We understood that these were important games for us, but we approached them the same way as every match – seriously. “Metallurg” is the opponent with whom it is convenient for us to play, they play more in the pass. It is more pleasant to play with them than with young teams that run faster than us. Therefore, everything turned out well, the audience also helped – the palace was full. The atmosphere was good.

– What happened in the matches with Zvezda? Lacked skill, luck?

– There was not enough luck. “Zvezda” always played well in the first period, then we calmed her down and began to show our game – the second or third periods were already ours. The coaches warned us, but in the first period we still missed 2-3 goals – then we recouped, caught up. Then overtime – there is someone who is stronger.

– And what happened in the fifth game, when you were leading the entire match and only conceded two fatal goals at 50 minutes?

– These two goals are stupid. They equalized, caught the courage, and we, on the contrary, sagged a little emotionally. This led to the third goal.

– An interesting point: in the last preseason, the team included only five people from the previous roster. After the departure from the Petrov Cup this season, contracts with many players were also terminated in advance.

– That year there were five of us, and at the end of this season there were 9-10 of us left – in fact, half of the team. There will be no grinding in to the guys, we all know, to the coach – too. Time will tell. We will meet at the training camp, we will discuss all this. The main thing is to have hockey. We will talk ourselves, we will decide everything with the guys, closer to the season.

– In the new season, we will definitely not see one of the most spectacular connections in the entire league last season – Shin-Rymarev. What was the uniqueness of your duo?

– Zhenya and I have been friends for many years, families. We just love to play hockey, pass – not just go dumb. We always talk easily, bastard, make friends – it seems to me that this is transmitted to the games. 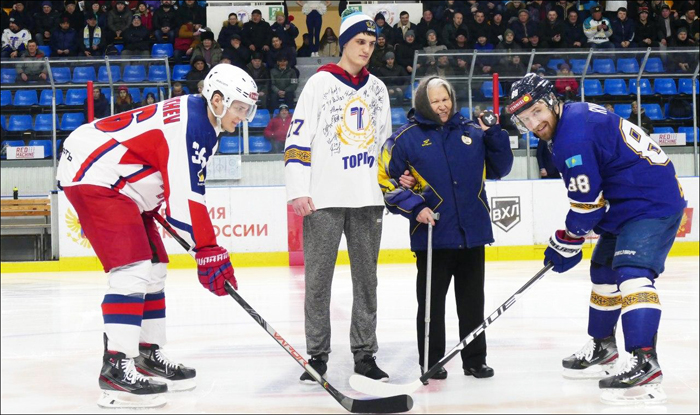 – What do you think, will Evgeny be able to show the same figures in “Ugra”?

– I think it will work. I wish Zhenya good luck, this is his choice – I respect him. It’s okay, I think we’ll play together again.

– Are you now expecting a confrontation with the Khanty-Mansiys?

– Of course I’m waiting! The first time we’ll play against each other. I think this will also add entertainment to the match. If “Yugra” comes to us, then he will be met normally – Rymarev is loved here.

– You mentioned the first meeting at the beginning of the summer. How is everything organized in the current environment?

– In mid-June, everything was still being decided. In Ust-Kamenogorsk, everything is strict with this, they are trying to close the city. The main thing is that the Russians come here, the most difficult thing for them is to cross the border.

– How did you spend your time while the coronavirus raged in the world?

– The first month, when there was the most serious period, was with my family. We went to the dacha, we were nowhere – everything was closed. Now even though the hall has been opened, I have been walking for the second month.

– By the way about the family. How did Grandma Shin self-isolate?

– Everything is fine, only it’s hard for her to sit at home – she loves to walk, move. Then we took her to the dacha with her grandfather. They like it better there, fresh air, nature.

– How often in recent years have you been asked about the connection between your performance and the appearance of your grandmother in the arena?

– She threw in the puck once – I scored two goals, the next time she threw in the puck – I gave two assists. But last time we lost the match, so it happens. In principle, there is no connection as such. Grandma is a dear person, I want her to come to my every match. And she also likes it, she has been a fan of the team for a very long time – she is just waiting for the hockey to begin. If there are no matches, then he turns on the TV and watches “Barys” – he also loves this team, he is very worried about them.

– Should we wait for Galina Vladimirovna at the next throw-in of the puck in the new season?

– If the management allows it. They often invite her, and she says: “Yes, that’s it, I’ll go.” I think it will come without problems (laughs). She is very happy about it. 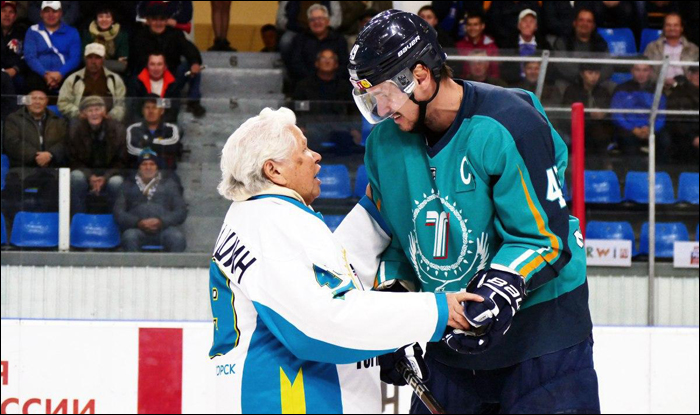 “The key to victory over Werdum is my speed” “All about MMA, mixed martial arts, mixfight, ultimate fighting – bloodandsweat.ru