There is also a fallback.

Less than two weeks before the return of the Champions League: on August 7 and 8, the return matches of the 1/8 finals will be held, which were not played until quarantine. Lyon will go to Juventus, Chelsea to Bayern, Napoli to Barcelona and Real Madrid to England, to recoup after a 1-2 defeat to Manchester City in February.

True, in recent days, a problem has arisen: it seems that a second wave of coronavirus has come to Spain. On Friday, two and a half thousand new cases of infection were recorded in the country. Some regions have already returned restrictions on nightclubs and restaurants and banned gatherings of people.

This has affected other countries as well: the UK has introduced a mandatory two-week quarantine for all arrivals from Spain.

This immediately called into question the possibility of a match between Man City and Real Madrid at Etihad. The Spaniards would have to urgently fly to Manchester, and there they would sit on self-isolation for another two weeks (without the opportunity to train).

But the rule was left with an exception, which will be used by Madrid. In early July, Minister of Culture, Digitalization, Media and Sports, Oliver Dowden, announced that his department had agreed to soften entry protocols for special sports and cultural events. Dowden highlighted the Champions League:

“This means that the British Grand Prix (Formula 1) and the Champions League will be held in England. This is a big step in getting back to normal life. “

While the British government has not yet clarified the situation, whether the new quarantine for Spain will cancel the exception that the Ministry of Sports received at the beginning of the month. So, according to Marca, the fate of the return match is in the hands of British Prime Minister Boris Johnson. 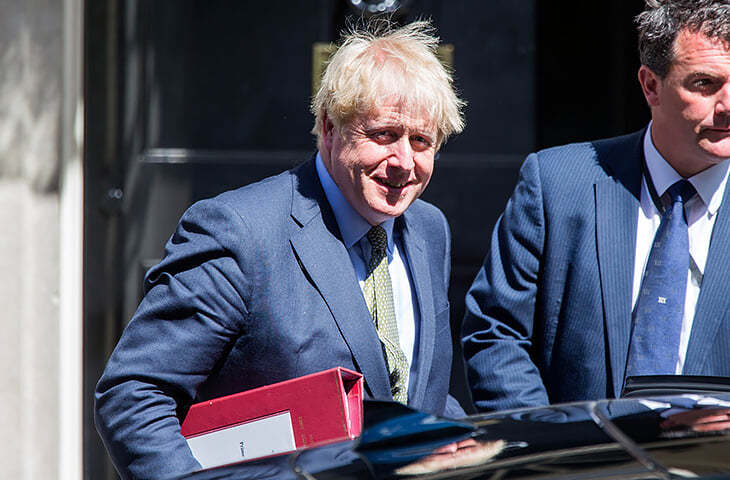 If anything, there is a fallback: to play the return match in Portugal. UEFA, by the way, considered this option when preparing the project for the return of the Champions League. It was reported that the 1/8 games that cannot be played at home arenas will be hosted by the stadiums Dragão (in Porto) and Afonso Henriques (Guimaraes).

True, this raises the question of sports justice. Still, it is much easier to get to Portugal from Madrid – the journey from the capital of Spain to Lisbon by plane takes almost half the time than from Manchester (90 minutes versus 165).

Real Madrid themselves do not yet understand what option to prepare for – the club has not yet received any notifications from UEFA. But just in case, Madrid is working on options in Portugal. Although the representatives of Real Madrid believe that the venue will not greatly affect the course of the match – there are still no fans at the stadium.

So Zidane and Guardiola are still preparing the players for the return leg and awaiting clarity from the British government. In the current situation, only one team will go to Portugal – the winner of the 1/8. But if something changes, both City and Real are waiting there.

The return match will take place on August 7, and on the 12th the Champions League mini-tournament starts in Lisbon: one match each and no “home / away”. The winner of the Man City and Madrid pairing will go to the best in the Lyon vs Juventus clash (first leg – 1: 0 in favor of the French).

“Perhaps Tedesco doesn’t really need such a player.” Slutsky explained why Teal did not play in Spartak

“Dynamo” refused to participate, in question and the champions of ZhHL last year