Everything goes to the fact that Juventus will again become the champion of Italy. For the ninth time in a row. Most people probably yawn while reading this. Although just before the start of the current season, doubts were justified as never before.

Inter looked like a competitor – yes, on paper, but that hadn’t happened before. The composition of the Milanese is weaker at the start and much weaker in the depths of the clip, but they have Conte, which means that the Conte factor should have worked. That is, a sharp increase in the number of points compared to the previous season. But not only Inter has changed – Juve itself has changed too. The club followed the most difficult path of development. 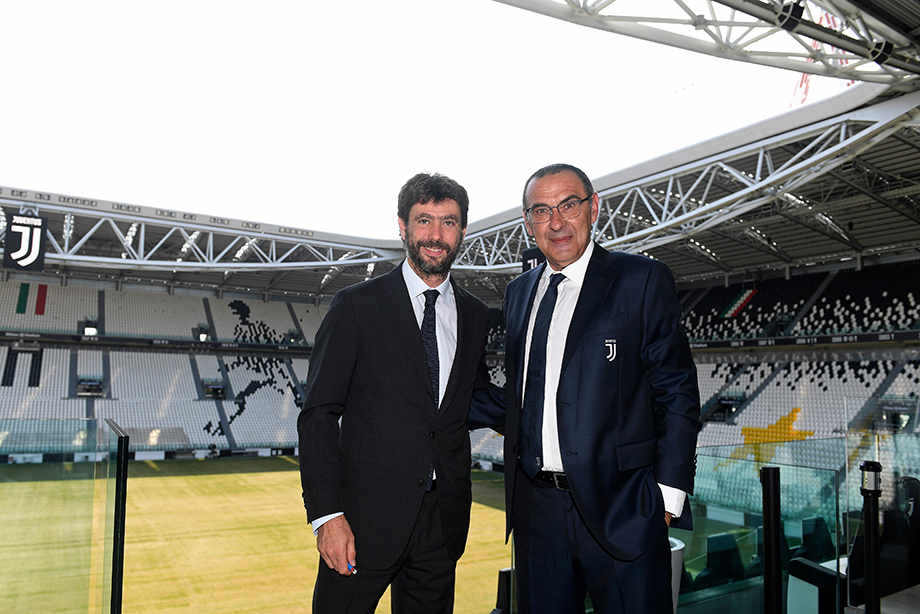 Refusal from Allegri – masters of adaptation and tactical chameleon – in favor of ideological and dogmatic Sarri was a deliberate but risky decision.

Sarri’s football, which made the Napoli coach famous throughout Europe, turns from a beautiful idea into an effective trophy-winning tool only when the last substitute understands his role on the field in every game situation. It is long and difficult – if the club goes for it, then it is ready to wait. In Juventus’s case, the problem was compounded by a stylistic contradiction.

Sarri and Ronaldo – what is the contradiction

In football, Sarri’s headbutt after crossings is an endangered species on the verge of extinction. Whether at Napoli or at Chelsea: even in England, the coach has retained this feature. All Chelsea have scored eight header goals in the entire championship. It’s okay, but only as long as your team is not Ronaldo…

For the Portuguese, crossings into the penalty area have been the most natural form of play for the past five years. For several years in a row Real have been among the leaders of the league in crossings. In Real Madrid, since 2014, in every season, except the last, he has scored at least 10 goals with his head in all tournaments. More than all of Chelsea (and Napoli too). And in the 2014/2015 season, Ronaldo scored 16 times with his head: twice as many as Sarri’s entire team scores on average. A wild difference.

Allegri has adapted to the style of the star. Juve finished second in the most crossings among Serie A teams, with Ronaldo heading eight times in the Champions League and league. But with the arrival of Sarri, everything changed. Now Juve is the fourth team from the end in terms of the number of crossings. And Ronaldo has two header goals in all tournaments. There is a contradiction.

Sarri did not change his style and lift the ball into the air, but built Ronaldo into his game. Fewer openings for canopies (Sarri’s fullbacks generally rarely reach the front), more displacements in depth and jerks behind the defenders. Take a look at the touch map from the match against Lazio. He enters the penalty area only to hit. 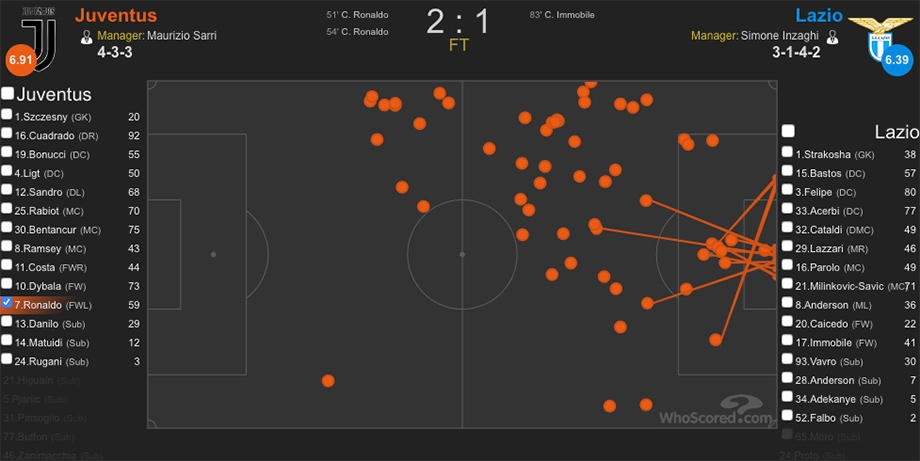 Cristiano is now in possession of the ball more often than in any of the last seven seasons (36 passes for 90 minutes), and in terms of the number of shots per match he has reached the level of the 2017/2018 season – he deals more than six. And all this without awnings. But it took time.

Cristiano and Dybala – another contradiction

True, not as powerful as between Sarri’s basic playing style and Cristiano’s usual style, but also important. Allegri never removed it: Dybala was a reserve player or entered the wrong position. Now they both play from the depths, sometimes they open up a couple of meters from each other and combine short and dash with an eye on each other. 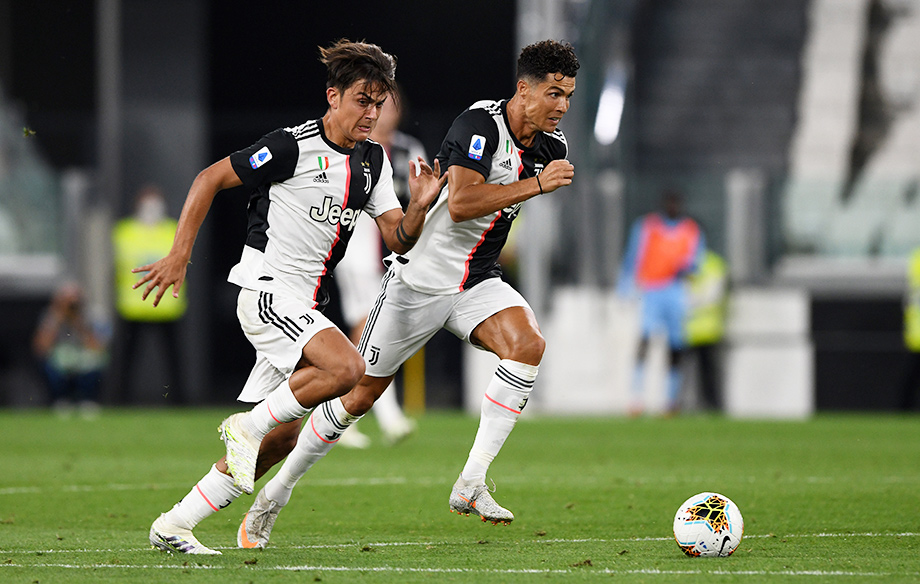 Sarri turned Ronaldo and Dybala into a bunch, although that also took time. So far, they have given each other eight assists in all tournaments: five Paulo to Cristiano and three Cristiano to Paulo. But the first one happened only at the end of October – in the sixth round of Serie A. That is, it also took time. 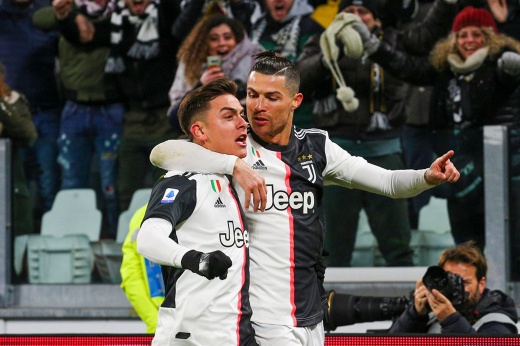 Result: The Portuguese have 13 goals in their last 10 matches.

Juventus is on the longest road

To invite Sarri to the team where Ronaldo plays is to try to develop it in different directions at the same time. But Juventus went for it. Later, Sarri himself did not abandon his usual style, but chose a more difficult option: he began to embed Ronaldo in an unusual style. As if that weren’t enough, Sarri followed the path of perfectionism to the end and tried to establish the interaction between Ronaldo and Dybala.

If the victory in Serie A was the goal of the club, then we must admit that Juventus chose not a direct and short path to this goal – to play sheds for Cristiano and calmly make a result with minimal energy consumption, and a long and round one – to rebuild a team from more less of the same players in a completely new style. This is a complication. Not just a victory, but a victory in this particular style, with a particular coach, who, in fact, is not a trophy specialist.

This is not to say that the quality of the game is one hundred percent convincing. Juventus plays slowly, combinations take place in matches with weak opponents (Genoa, Lecce, Torino), but under pressure the team swims and cannot attack dangerously. In two matches with top rivals, Atalanta and Lazio, Turin scored four goals: three from the penalty spot and one after a blunder of the opponent. That is, there seem to be a lot of goals, but the move of each of them does not reflect, especially if you remember what the penalty was awarded for. Especially with Atalanta.

It’s not just about the quality of the game. The result is also not impressive. Juventus has 80 points after 34 rounds. This is the worst result in five years. That is, Sarri and the club are certainly worthy of respect for trying to get things done the hard way. But we cannot say that everything works out. And now we come to the main point. 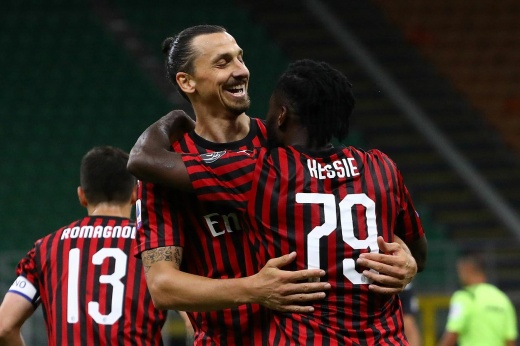 Crisis Milan nailed Juventus. This is not an accident, although it looks like a miracle

There is reason to doubt the club would have risked nominating Sarri and staging complex tactical experiments without previous years of dominance. Juventus won eight championships and started taking risks. Following the path of revolution, the club gave its competitors a chance to get ahead of themselves. Restructuring always takes time (and reality has confirmed this) – use it.

Sarri was definitely not assigned to take the ninth scudetto. He will be judged by his success in another tournament. By success in style, entertainment, by the number of bright matches. Not everything works out for him. But even this is enough for a scudetto. This is bad news for Inter, Napoli and everyone else. It seems that even if Juventus is ready to give up the title once for the sake of a style revolution, there is simply no one to take it. We can say that the Turin people are to some extent tired of their own victories, but the club cannot do anything about it. 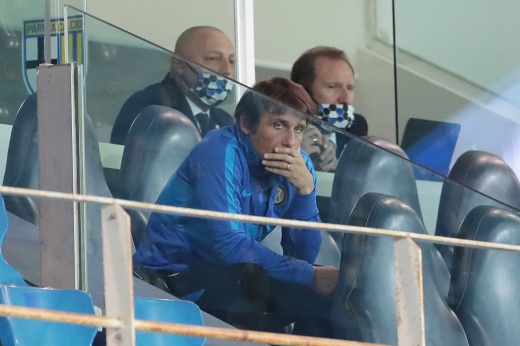 Inter have not yet become Conte’s team. The main thing is missing

We are 10 points behind Juventus, but the problem is not even in the standings.

Apparently, in order to change the champion in Italy, Juventus must not only set themselves internal difficult tasks, but also stop kicking the ball into the hands of their opponents. But this, of course, is already overkill. Juve has already done a lot to intensify competition. The problem is the rest.

“Everyone is filming, but only me is punished!” Slutsky is outraged by fines for wearing a mask