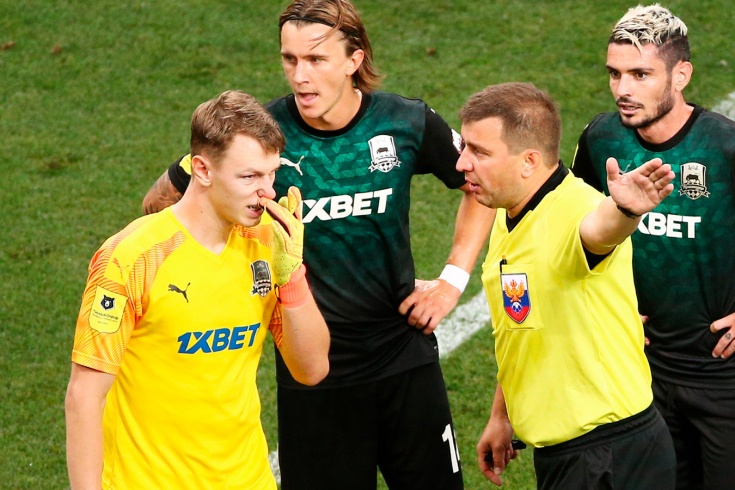 The football community of Russia for the most part admired the noble gesture of the owner of Krasnodar in a situation when Rospotrebnadzor closed Moscow Dynamo for quarantine. Unlike the Sochi colleague, Sergey Galitsky did not insist on the obligatory holding of the match in the previously specified time and agreed to postpone – to the only reserve day on the calendar. I admit that today the “bulls” chief regretted that gesture of goodwill. After recovering from the coronavirus, Dynamo deprived the southerners of points, and with them even mathematical chances for a direct ticket to the Champions League. At the same time, it provided Lokomotiv with early silver and gave hope for the third place to its historical friends – the army team. Triple holiday in Moscow!

The starting lineup of the blue-and-white did not seem to bode well for the owners. Out of eleven Dynamo, three – Igor Shkolik, Vyacheslav Grulev and Maxim Danilin – entered the field only for the second time this season and for the first time at the base. Goalkeeper Igor Leshchuk This year I did not play at all – I have been in reserve since September. Due to various circumstances, they all got a chance in Krasnodar, and each of them successfully used it. First of all, the striker Grulev. I would like to note that more than half of Dynamo’s core – in six positions out of eleven – consisted of the club’s pupils (plus Morozov and Evgeniev).

In the first half, Dynamo’s number 20 was in the spotlight twice, and both times for company with a local defender Sorokin… But if the first for his actions in these episodes deserved exclusively praise, then the second – serious criticism. Tall blond Krasnodar shared with the goalkeeper Safonov the title of the main anti-hero of the first half.

In the 17th minute, Sorokin missed Grulev’s jerk on the right (for himself) flank and actually left Safonov no choice. Protecting his stopper, the goalkeeper rushed into an adventurous tackle outside the penalty area – he missed the ball, but hit the opponent. Referee Vilkov qualified the episode as a “last resort foul” and left Krasnodar in the minority. 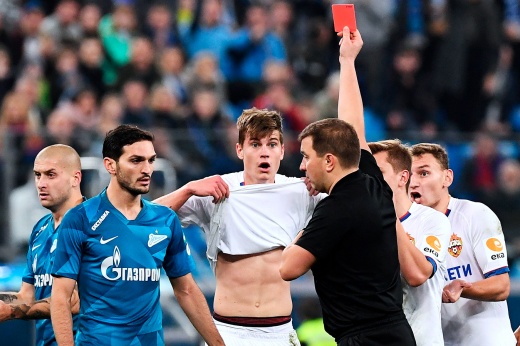 Favorite judges of big RPL clubs. Vilkov and other heroes of our championship

In the Russian Cup Denis Adamov I once played for the first team of my home club (three years ago against Tom) – I played in the RPL for the first time. And immediately missed the first goal at the highest level. Here, too, Sorokin did not work in the best way: instead of harshly meeting Grulev at the entrance to the penalty area, he backed away from him for a long time and awkwardly, and when he decided to put his foot out, he only made it worse. After a small ricochet, the ball flew into the goal.

For the entire second half, the Southerners created only one correct moment to score, and that Fernandes I did not use it – I cut it into the barbell. And Dynamo doubled the score – to the great disappointment of the local public, Krasnodar is not a stranger to the foot Joaozinho…

Thus, Dynamo additionally and very strongly fueled interest in the last round. Krasnodar has already missed the second place, and now it risks losing the third. Igor Shalimov on occasion, he will not deny himself the pleasure of reminding himself of his former employer. This circumstance makes the seemingly unmotivated Akhmat doubly, tripledly dangerous for the bulls, and the superiority of CSKA in personal meetings (3: 2, 1: 1) does not leave the right even for a draw. Well, Dynamo guaranteed itself the sixth place in the table, which with a high degree of probability will become “European”. For this, the blue and white only need Zenit to beat Khimki in the Cup.

in three months from SKA you will not make “Vanguard “