“Leeds” Marcelo Bielsy returned to the Premier League after 16 years. Last winter, the club rented the striker RB Leipzig Jean-Kevin Augustinwho didn’t take root in the team Julian Nagelsmann. The Frenchman spent the first half of the season on loan at Monaco, where in 13 matches he scored only one goal and two assists.

With Leeds United, he played just three games in February, spending a total of 48 minutes on the field. 23-year-old Augustin was not in the best shape, and injuries only worsened his position in the English club. The Peacocks, of course, did not want to buy the player out, but a clause in the contract may force them to do so. Now the clubs have entered into a dispute that could end in court. 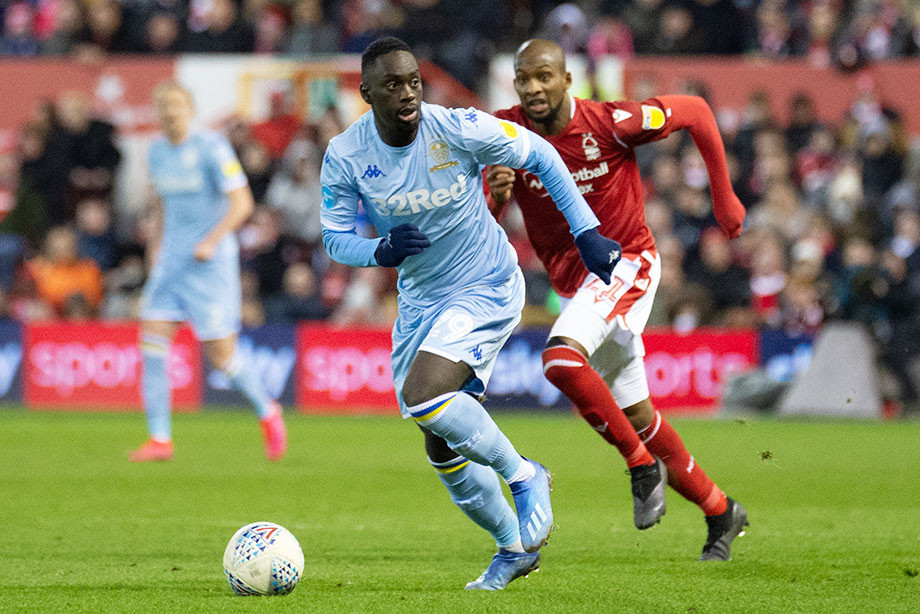 The thing is that when signing the lease agreement, the clause was taken into account, under which, in the event of Leeds entering the Premier League, the British are obliged to buy Augustin for 21 million euros. However, the coronavirus did its bit. The contract of the French striker with the “Peacocks” expired on June 30, and at that time the team of Marcelo Bielsa had not yet issued an entry into the Premier League. In addition, the British claim that the clause in the contract expired on July 1. They didn’t even renew the 23-year-old’s agreement until the actual end of the Championship season. But Leipzig believes that no one foresaw the coronavirus crisis, so Leeds should buy out the French striker.

Leeds have entered the Premier League, which means they are obliged to buy the player. When the contract was drawn up in January, all parties were competent and agreed to all the conditions. I assume that everything will go on as usual, ”said the sports director of RB Leipzig Marcus Kroesche…

Augustin’s contract with RB Leipzig is valid until the summer of 2022, but the German club wants to part with the footballer this offseason.

What do sports lawyers say?

Leading German media outlets Bild and Kicker immediately turned to sports lawyers, who gave the same assessment of the situation. For example, sports lawyer Christoph Wischemann believes that the German club should file a complaint with FIFA.

“This is the case for FIFA or even CAS. I see everything like this: Leeds did not fulfill the contract, and Leipzig suffered damage. RB must formulate a complaint and submit it to FIFA, ”he said.

Another sports lawyer Paul Lambertz states that Leeds can only terminate this clause of the contract if it is on the verge of bankruptcy.

“Yes, the lease ended on June 30, the length of the contract does not change automatically due to the coronavirus, at least according to German law. But I don’t see any reason why the ransom obligation shouldn’t shift. Leeds must be on the brink of bankruptcy so that this clause of the contract can be adjusted or canceled, ”Lambertz said.

University of Mannheim Professor of Labor and Sports Law Philip Fischinger in an interview, Bild said that he is confident in the victory of “Leipzig” in court.

“If I were betting, I would bet that Leipzig will win the trial. At least, this can be assumed on the basis of the current German law or Swiss law, which is often used when solving transfer issues. If Leipzig and Leeds could foresee that the season in England would be extended, they would definitely agree on the obligation to buy out without reference to the date of June 30, “- said the specialist.

We turned to a sports lawyer for a comment Mikhail Prokopets… He is in solidarity with his colleagues and believes that the Germans have a better chance of winning this case.

“Leipzig’s position in the event of an appeal is more likely to be heard in FIFA or in the CAS. The fact is that when signing the lease agreement, Leeds should have foreseen a situation in which the player is not redeemed if he is not useful. For example, if a player does not play a certain number of matches and the club enters the Premier League, then the buyback option will not be activated. They didn’t record it. According to the contract, the very fact of the team entering the Premier League activates the buyback option. The clubs did not take into account the causal relationship between the player’s game, the club’s entry into the Premier League and the mandatory buyout. It is summarized that the mandatory buyout condition is met simply on the basis of the fact that the player is on loan while the club enters the Premier League. This option would have worked even if the player hadn’t played any games. I agree with other lawyers and colleagues. Leipzig’s position looks stronger. I would give 80 to 20 percent that Leipzig will win this case, ”said Prokopets in an interview with the correspondent of“ Championship ”Pavel Levkovich.

Apparently, “Leeds” still have to fork out and buy Augustin, who was not needed by either Bielse or Nagelsman. It is possible that the purchase of a player may be immediately followed by a sale to another European club.

the most important thing is to win every match