In the summer of 2018, Atletico Madrid acquired Tom Lemar for 70 million euros, setting his own transfer record. He was hunted by London’s Arsenal and Liverpool, but the French footballer opted for the Spanish club. The Mattress Makers had high hopes for him, and Simeone called him a player with great ability. In addition, Lemar’s arrival at Atlético was awaited by his close friend from the French national team Antoine Griezmann, who was already going to Barcelona at that time.

Tom’s first season at Atlético wasn’t so bad. But after Griezmann left for the Catalan club, Lemar’s affairs went downhill. Simeone began to quickly remove him from the field during matches, and after the break caused by the pandemic, he left him on the bench. The sports media are already calling Lemar’s transfer to Atlético the worst in 10 years and describing it as one of the biggest disappointments this season in La Liga.

How did Lemar spend his first season at Atlético?

At Monaco, the Frenchman played either under the striker or was one of the wingers in a 4-2-3-1 formation. But at Atlético, he had to get used to a different role on the field. Diego Simeone often put the footballer in an unusual left midfielder position for him, where he was as uncomfortable as possible.
But, despite this, Lemar’s first season at Atlético was not so bad. In the 2018/2019 La Liga season, he played 31 matches and scored one goal against Getafe and Eibar, as well as three assists. In the Champions League, the Frenchman played in seven matches and was marked with only one assist against Antoine Griezmann in the match against Club Brugge.

If Tom missed games, it was only because of injuries. Simeone made the most of the French footballer in the starting lineup, but also expected much more from him. Lemar himself understood this, who admitted this in an interview with France Football magazine.

“My first season at Atlético was not the best in terms of statistics. It does not reflect what I can really do. I had little rest before last season. Long season at AS Monaco, then the World Cup … My vacation lasted a week. It was too little to recover completely and it greatly influenced my performance, ”said the Frenchman.

In addition, Toma hoped that Griezmann would still remain at Atlético and they would be able to form a powerful bunch. However, in the summer, Antoine moved to Barcelona, ​​and Lemar’s game became even more faded the following season.

Before this season, the Frenchman had much more time to prepare himself for the start of the championship. But he spent it even worse than the previous one. In 22 La Liga games, Lemar did not make a single effective action, spending an average of 42 minutes on the field. According to WhoScored, for 811 minutes spent on the field, Tom was marked with only two shots on target. Another curious fact: in 2020, “mattress” scored only one goal when Lemar was on the field. The Frenchman finally lost his place in the starting lineup and remained on the bench even in the last round of La Liga against Real Sociedad (1: 1). 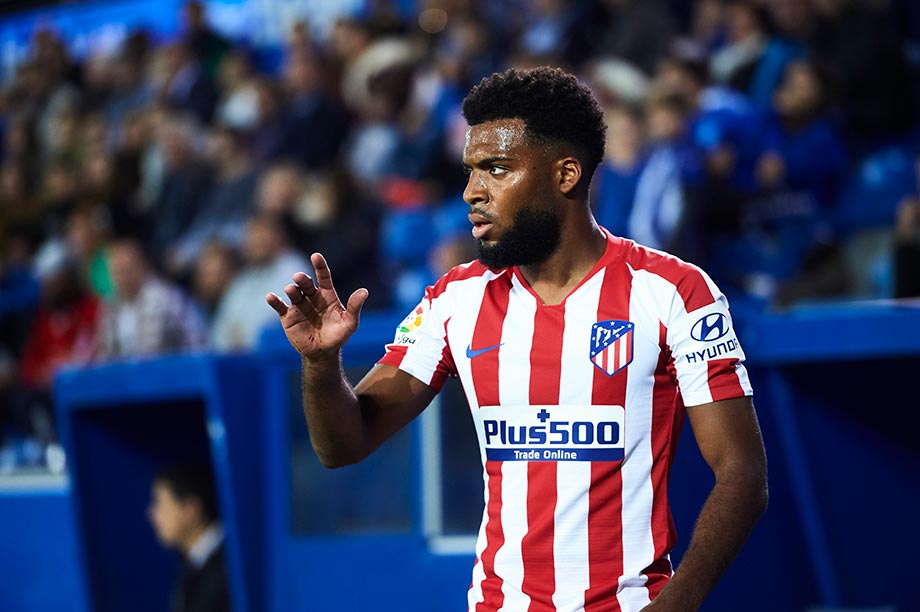 In the Champions League, he took to the field seven times and also did not show anything remarkable. Back in January, the Spanish press began to report that Lemar may leave Atletico Madrid, as Simeone no longer counts on him. At the same time, the Argentine coach said that Toma did not live up to the expectations and the money paid for him.

“The facts speak for themselves. It is true that he was unable to achieve what he was capable of. He has qualities that no one else on the team has. Every time he was available, he played more often than not. His qualities have always impressed me, but he did not live up to expectations, ”Simeone said in an interview with As.

In winter, the British newspaper The Telegraph reported that Chelsea and the RPL clubs were involved in the fight for Lemar, but the player’s agent Pierre Delcher immediately denied information about the interest of Russian clubs. “There is no interest in Lemar in Russia. We will not consider proposals from Russia if there are any. He will probably stay at Atlético, ”the agent of the French footballer told Sport24.

In winter, Tottenham, Arsenal, Wolverhampton and Bayern were also interested in him. In March, ESPN reported that the Frenchman was closely followed by Manchester United, whose representatives allegedly even spoke with the player’s agent.

According to the authoritative German portal Transfermarkt, the transfer price of Lemar has fallen three times over the past two years. Now it is estimated at 24 million euros, but Atlético will demand at least 60 million for a football player, because the Frenchman’s contract is valid until 2023. Now the “mattress” has to wait for an offer from the top club, which will be ready to pay a decent amount for a football player who has failed this season.