All! Lokomotiv is winning and will now be at least in the top three.

A series of substitutions at the end of the match. Alexey Miranchuk left the field, CSKA has two substitutions.

Alexey Miranchuk in the same style, on a break, calmly outplays Akinfeev!

Turbin went to watch the replay. In the previous moment, Nababkin played with his hand.

A smart feint of Vlašić and Ignatiev openly grabs him with his hands. Disruption of the attack. Yellow.

And here is a replacement from Nikolic. Two Miranchuks on the field.

A very fierce battle is taking place on the field. A real battle! Interestingly, there are almost no replacements.

CSKA again planned to play the penalty beautifully, beat Diveev, but it turned out very badly.

Farfan got a warning

Nikola Vlašić makes the score 1: 1! Lokomotiv left the free zone, Shchennikov burst into it, shot into the penalty area, the ball bounced from the leg of the Lokomotiv defender to Vlasic, and he did not miss!

A good shot from Vlašić, but the ball misses the target.

Farfan instead of João Mario

Farfan appears on the field. In the last round, he came on as a substitute and immediately scored.

There was no doubt that Lokomotiv was doing well in defense. After the season resumed, the team conceded only three goals. But CSKA looks very helpless.

Magnusson shot an inaccurate free-kick. And the gate was far away, and the Icelander struck very far from the alignment.

In terms of ball possession, CSKA now has a colossal advantage. But there are no moments.

CSKA is still failing and Goncharenko is stepping up the attack. Shkurin instead of Dzagoev.

So far in the second half, CSKA has failed – Lokomotiv competently blocks all zones.

The second half has begun

Arbiter Fedotov: the penalty was

Arbitrator Igor Fedotov commented on the appointment of the 11-meter kick against CSKA.

“I was 11 meters tall. The referee at first thought that the defender had played the ball. But in fact, he played in the leg. VAR has fixed it, ”Fedotov said in an interview with the correspondent of“ Championship ”Andrey Pankov.

We saw a good first half! We have a rest!

Eder leaves the field due to injury

Eder leaves the field and sits on the bench. So far Loko has no replacement, there are only a few minutes until the end of the half.

Eder lies on the lawn and doctors appear on the field.

A corner at the Lokomotiv goal, a rebound in the penalty line, Oblyakov’s kick – the defenders blocked it.

Akinfeev received a yellow card for controversy, the goalkeeper did not like the pause that Miranchuk sustained before the kick.

A penalty has been awarded! Oleksiy Miranchuk realizes the 11-meter one! 1: 0!

The arbiter goes to watch the VAR. Looks like there will be a penalty kick against CSKA

Eder falls into the CSKA penalty area after the match with Diveev. Will watch the VAR, there is a reasonable suspicion of a penalty.

Diveev’s fantastic blow from the standard! Barbell! The defender was aiming at the near corner, it was very far to the gate. but Diveev took a chance!

And now Nababkin and Akinfeev almost brought themselves a goal. The defender casually passed the goalkeeper, who, knocking out the ball under pressure from Eder, hit the Portuguese – the ball went wide of the gate. But it was close.

Chalov won a single combat against Murilo, entered the operational space, shifted to the left, but struck unsuccessfully.

Nice start to the match. High speed, both teams are trying to play attack. So far Lokomotiv is more interesting.

Guilherme almost brought himself a goal

Dangerous attack by CSKA! A long pass from the depths to Chalova, Guilherme ran far from the gate and remained outside the moment, but the goalkeeper backed up Murilo

Serving the standard, Murilo jumped above everyone else, struck his head perfectly – a little past. This is a dangerous moment!

Traditionally, the match is preceded by an action in honor of the doctors who fought against the coronavirus. All the players came out in T-shirts with portraits of real doctors.

CSKA warm up. The best photos.

“Rostov” failed to win in Kazan and lost the chance to qualify for the Champions League. There are only three left!

Another prediction for the match, from the former CSKA player.

Rolan Gusev will root, of course, for CSKA.

“I will be rooting for CSKA, I hope they win. Both teams understand the value of today’s match. They have excitement, but it should be before the match. After entering the field, it must leave in order to make the right decisions.

It will always be preferable for me to see CSKA in the Champions League. But now everyone has, plus or minus, the same chances of getting into the tournament. Any team, not only CSKA, will need to strengthen itself before the Champions League. Even top teams will never give up on powerful purchases. The only line that cannot be questioned in CSKA is the goalkeeper, Igor Akinfeev. But every other needs reinforcement, “Gusev said in an interview with the correspondent of” Championship “Pavel Levkovich.

Poll on the topic: who is more worthy of a place in the Champions League (Zenit is outside the brackets – because he is already there, whether you like it or not).

So, here is the composition of the guests arrived. Dzagoev at the start – this is a surprise! 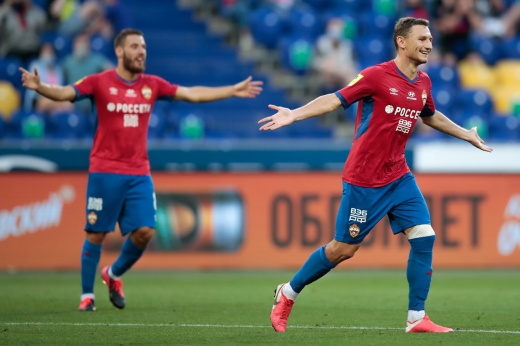 The fight for second place continues. We are trying to guess the result of the Lokomotiv – CSKA derby and other matches of the round.

Everything is not very smooth at Lokomotiv now, the war continues between the fans and the club’s management. Here’s a look Grigory Telingater for this whole story. 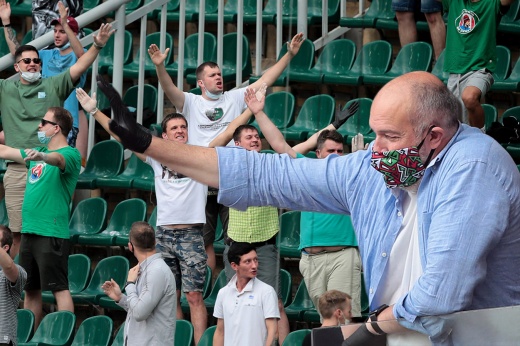 Everyone remembered Kiknadze’s gesture. But his statements disappoint much more.

Sennikov: so far Lokomotiv looks preferable for the Champions League

Former Lokomotiv defender Dmitry Sennikov shared his expectations from the match with CSKA.

“CSKA has nowhere to retreat, they have the last chance to cling to the Champions League. They will not sit on the defensive and will try to play sharp. Lokomotiv also cannot lose, but Krasnodar again lost points, so a draw is acceptable. Psychologically, I can’t say who is better, but CSKA had an emotional boost after crushing victories and derbies. But missing out on Rubin in the last minutes is always a shame, and they are a little upset by this fact.

At the moment, in terms of composition, and maybe even in terms of play, Lokomotiv looks preferable for the Champions League, if the leading players do not leave the club. But no one can know how CSKA or Krasnodar will act if they get into the main European Cup. They will have gains through new financial injections. The game itself will show how Lokomotiv is ready to repeat last year’s result.

The changes in Lokomotiv that are visible are related to the fact that the team has more control over the ball. In technical terms, the guys added, in each game the ball holds about 60 percent of the time. They must play first number on their field. But the tactical moments stretch from the past of Lokomotiv, there is nothing new. Due to the coronavirus, the qualities of certain players also suffered, but Alexey Miranchuk began to play better. During this period he is very active and there is a feeling that Alexei really wants to go to play in Europe and leave the club, “Sennikov said in an interview with the correspondent of the Championship, Pavel Levkovich.

The story of one great match between Lokomotiv and CSKA. With eyewitness memories. 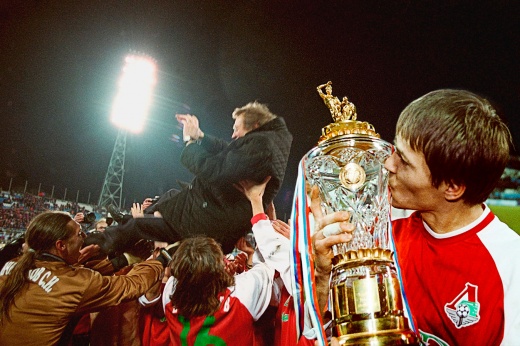 “Georgich could easily eat a couple of people alive.” The history of the last golden match in the RPL

Gazzaev is still confident that the title of champion in 2002 should have gone to his CSKA, and not to Lokomotiv.

Setien told the Barça management that he did not need Braithwaite. The player will be sold or rented