Mbappe was injured in the Cup final: before the Champions League, PSG had problems with both the game and the squad – did you see that? – Blogs

Without Kilian, they did not score in the majority in half a time and won only 1: 0.

The first official match in the last three months took place in France: PSG and Saint-Etienne played the final of the French Cup.

The Parisians had friendlies in the summer against Le Havre (9: 0) and Vasland-Beveren (7: 0) – there the stars had fun. But it was hard against Saint-Etienne, even though the score was opened already in the 14th minute – Mbappé burst into the penalty area, goalkeeper Jesse Moulin repulsed his shot, but Neymar hammered in from the crossbar.

• And then the problems began: in the 20th minute, Thomas Tuchel withdrew from the game right-back Tilo Kerer – the German was injured. Instead of him came the young Colin Dagba. And the other right-back – Belgian Tom Meunier – has already moved to Borussia D.

• In the 29th minute, perhaps the most important thing happened: Loic Perrin took down the fleeing Kylian Mbappé. On the one hand, according to the replay, the 34-year-old Saint-Etienne captain touched the ball before the striker’s feet, but the foul still looked creepy, especially when Mbappe’s right ankle flexes. Perrin immediately received a yellow one.

Mbappe could not in any way – it only happened with the doctors. Walking along the brow and limping, he wiped away his tears. 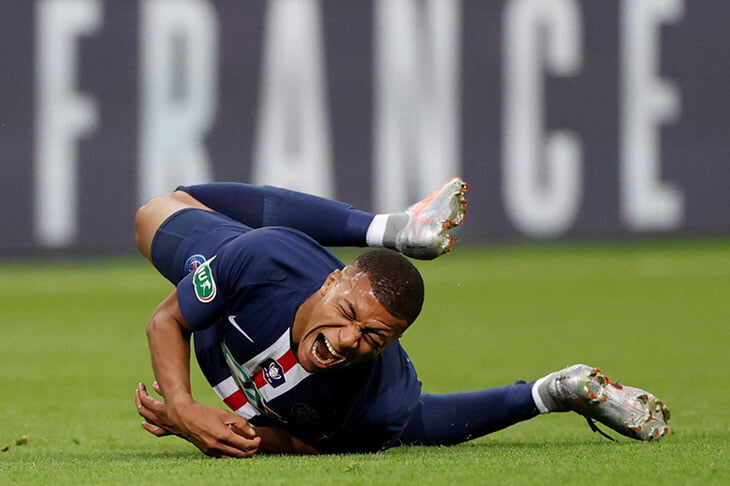 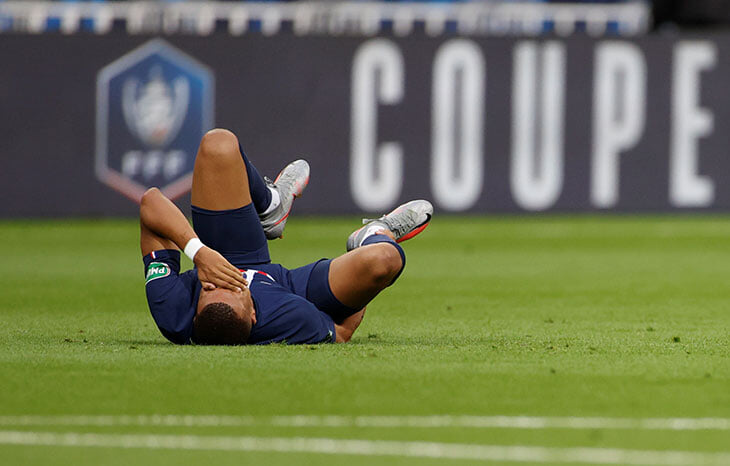 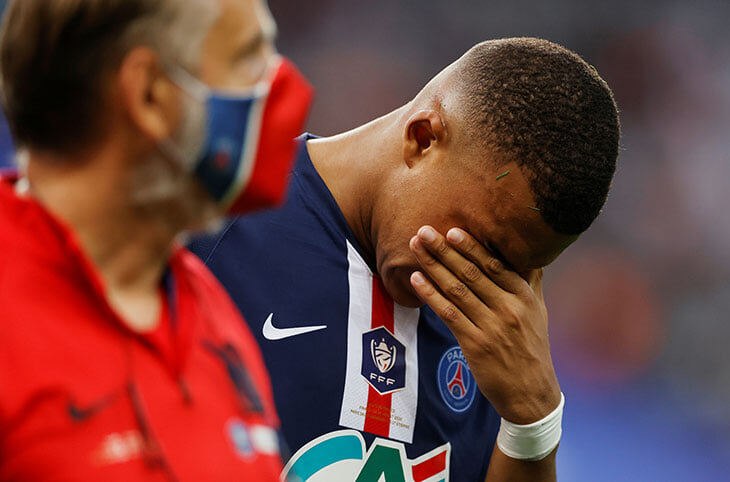 But even before that, a fight broke out (Marquinhos waved the most – he managed it even without warning), the judge handed out four yellows at once, and then watched the replay and removed Perrin for being rude. Probably the fact that Mbappe was unable to continue the game also affected.

The captain of the Saint-Etienne apologized to Kilian – but that didn’t change anything. By the way, for Perrin this may be the last match of his career – in the spring he spoke of completion, the contract is valid until the end of July.

And Mbappe then returned to the bench: in a protective brace on his leg and on crutches. There is no information about how serious the injury is. 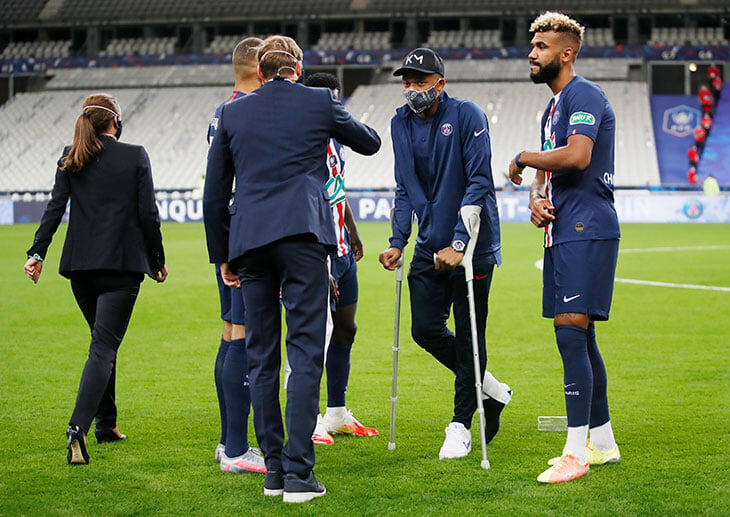 But the French media snatched conversation Kiliana with French President Emmanuel Macron: the head of state asked if there was a fracture – Mbappe answered “I think not,” but admitted that his leg hurts and added that he was going to the hospital right after the award.

But at the ceremony itself, the Frenchman looked happy.

In the majority, the Parisians did not score in half a time – Saint-Etienne goalkeeper Jesse Moulin made seven saves. And in the last minutes, Angel Di Maria was also slightly damaged – fortunately, not as serious as Mbappe.

We are watching the highlights of the first official match in France in three months.

PSG took the 13th French Cup (five more than their closest pursuers), but the match with the 17th team of Ligue 1 turned out to be too problematic – for example, even at 0: 0 and in equal composition, Saint-Etienne raced past all the defense of the Parisians and hit the post.

It doesn’t look like PSG got in shape in passing freight trains, but after one official match the French giant Atalanta in the Champions League – the Italians after the restart are good: they never lost, they broke into the top three of Serie A, due to the bench it is good keep the pace and intensity, which is especially dangerous for the not-so-ready PSG.

To accelerate, Paris still has the League Cup final on 31 July with Lyon from the official matches, and the Champions League quarterfinals are due on 12 August.

Even if Mbappe can play, he has just clearly lost several of these important prep workouts.