Former head coach of Zenit Mircea Lucescu after leaving the Turkish national team, he spent a year and a half without work. It was only at the end of July 2020 that he listened to the advice of his old friend Yuri Syomin, who recently said on the air of a Ukrainian TV channel: “We need to work! Take some team. It’s boring without you ”- and returned to big football.

Nevertheless, Lucescu chose the place of work that was quite unexpected. The Romanian coach has signed a contract with Dynamo Kiev.

If you suddenly do not know anything about Ukrainian football, we tell you: earlier Mircea worked for 12 years at Shakhtar. With the Donetsk club, he won everything that is possible in Ukraine, and at the same time the UEFA Cup, and rightfully became a Shakhtar legend. 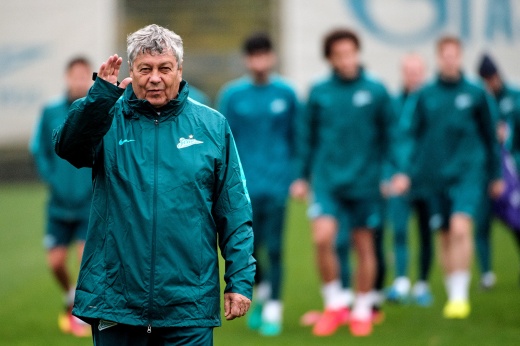 The 74-year-old coach is named in Dynamo. He already worked in the RPL

Mircea Lucescu’s agent spoke about the possible appointment of a specialist to the post of Dynamo mentor. Details are in the daily news review.

And now he signed a contract with the main competitor of the Donetsk people. It’s like the head coach of CSKA would go to Spartak and vice versa.

It is not surprising that the news of the conclusion of a contract between Dynamo and Lucescu in just a few hours gathered thousands of angry and caustic comments. Here are some of them – censorship.

Alotbetter: “Zelensky is the president, Lucescu is the coach of the Palace of Culture. Five years ago, you could go to Durka for such a cart. ”

Zzveruga: “I HAVE TEARS, WE WILL NOT FORGIVE IT. SHAKHTOR CHAMPION “.

Yaroslav: “Until Lucescu leaves Dynamo, my heart will ache, but I will not be able to support the team for which I have been rooting for 50 years! Alas, I just won’t even watch the matches. ”

Nikita Sergeichuk: “I was sick for 23 years. Enough. “

Space X: “In general, this is a very funny situation when both Dynamo fans and Shakhtar fans are equally crazy. There has never been such a precedent. ”

Andrei: “Compared to what happened, the best thing Surkis (Igor Surkis is the president of Dynamo Kiev. – Approx. “Championship”) for Dynamo is to sell the club to Akhmetov (Rinat Akhmetov – President of Shakhtar – Approx. “Chempoinata”) for a symbolic 1 hryvnia … “.

Pasha.Lviv: “There has never been such a spit from Surkis. BOTTOM is pierced! ”

Andrey Lazko: “Surkis, now change the name of your club to Dynamo Bucharest or Dynamo Donetsk and get out of Kiev!”

MN: “Well, now we will grind the blue and white colors into rusty blacks – and we will be called“ Dynamo ”Yuzovka, so that Budulay was accustomed to it. Shame on Surkis! Shame. Disgrace. Schande “.

DinamoStels kazakov: “We are waiting for five or six Brazilians in Dynamo Kiev for a couple of weeks.”

Natasha Ivanova: “Thank you, Igor Mikhailovich, for the savory slap in the face of all Dynamo fans!”

Semyon Ponomarev: “I will not root for this club. I’m waiting for this evil to leave the club. There is a concept of honor and dignity, there must be some kind of framework. And do not talk about a professional attitude that the main thing is the result. After what we’ve gone through, get such a slap in the face. Whatever the results, I do not support this decision. ”

Roman 1991: “The burning of everyone and everything has already begun. You will need a lot of popcorn. Surkis is the best thing in our football ”.

A. Litvin: “I know who is missing in the recreation center for a complete set – Yarik (Yaroslav Rakitsky. – Approx. “Championship”)! We are waiting for another loud transfer this summer. “

The East of the KHL is cooler than the West, and the Kharlamov division is the strongest

Dyukov took the blame for 10: 1 on himself and defended Pryadkin. RFU President insists that our judges are good, and at stadiums it is safe – Russia-2020 – Blogs