The most unusual season in the history of the Russian championships has come to an end: the last round was played the day before, and the Cup final will be held on 25 July. It’s time to talk about the alleged rivals of our teams in European competition. Important! Most of the European Championships are ongoing, with likely opponents determined by the status of the standings at the time of writing.

Where does it go: Champions League group stage. 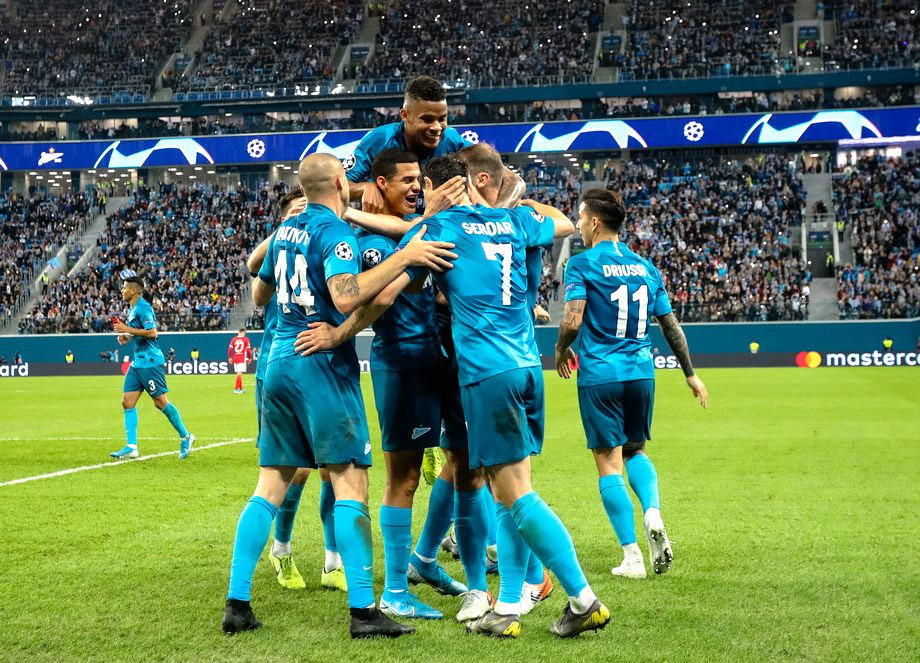 Zenit, with the rank of Russian champion, is sent directly to the group stage of the Champions League. As in the previous year, the team of Sergey Semak will get into the first basket in the draw. We remind you that the first basket contains the champions of the six countries with the highest UEFA ratings (unfortunately, next year we will lose this option), the winner of the Champions League trophy and the winner of the Europa League. 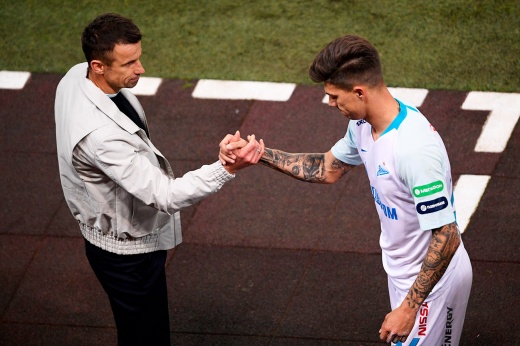 How Zenit needs to change to be wealthy in Europe

First of all, you need reinforcement in all lines.

If we just have to find out the European Cup champions, then the winners of the above championships (except for one) are already known. Zenit will definitely not play in the same group with Real Madrid, Bayern Munich, Liverpool and PSG. The champion in Italy is still unknown, but there is no doubt that Juventus will win the next trophy. If the Petersburgers will play in Turin, then only in the playoffs.

Where does it go: Champions League group stage. 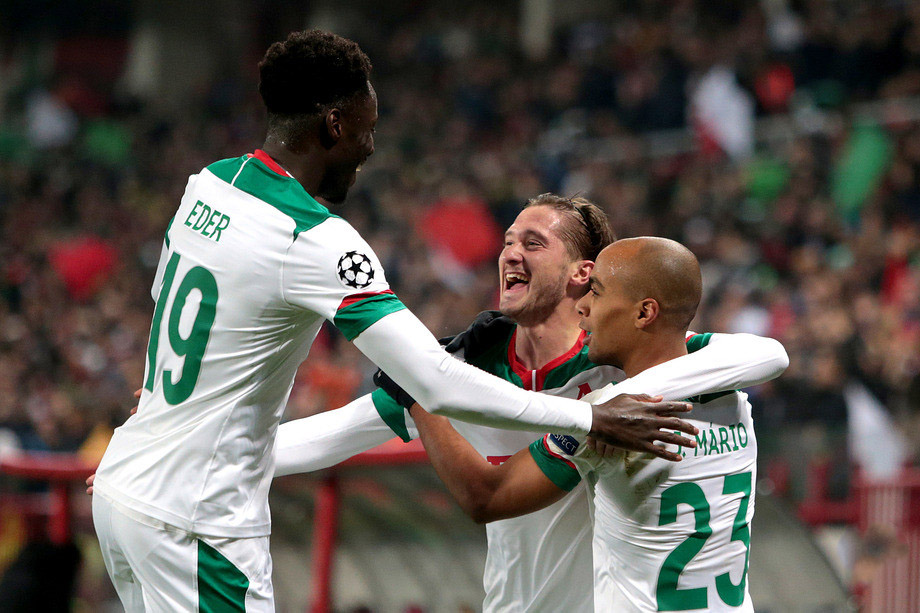 Lokomotiv, which almost missed the right to play in the Champions League, nevertheless took second place and guaranteed participation in the group stage of the most prestigious European competition. “Railwaymen” managed to improve their rating compared to last year: the coefficient in 2019 was 28,500, in 2020 – 33,000. Nikolic’s team has every chance of being in the third basket in the group stage draw. To do this, Muscovites need teams with a lower rating in the fourth basket. Is it possible? Quite. Now we will prove, and at the same time we will tell you who can fall for Lokomotiv. Champions League baskets (ranked):

Here are Lokomotiv’s likely opponents from the first two baskets (with the exception of Zenit (from the same country) and Shakhtar (we are traditionally bred with Ukrainian teams). Now the most interesting thing. Having carefully studied the likely list of clubs that will directly enter the League champions, we conclude: 6 teams have a rating lower than that of Loko: Atalanta (32,500), Inter (32,000), Marseille (31,000), Brugge (28,500), Borussia M ( 26,000), Istanbul Bashakshehir (21,500).

With all due respect to Genk, Crvena Zvezda or conditional Slavia, which go through qualifications from year to year, the rating of the clubs will be lower. What does it mean? Lokomotiv will almost certainly end up in the third basket in the draw.

Where does it go: 3rd qualifying round of the Champions League. 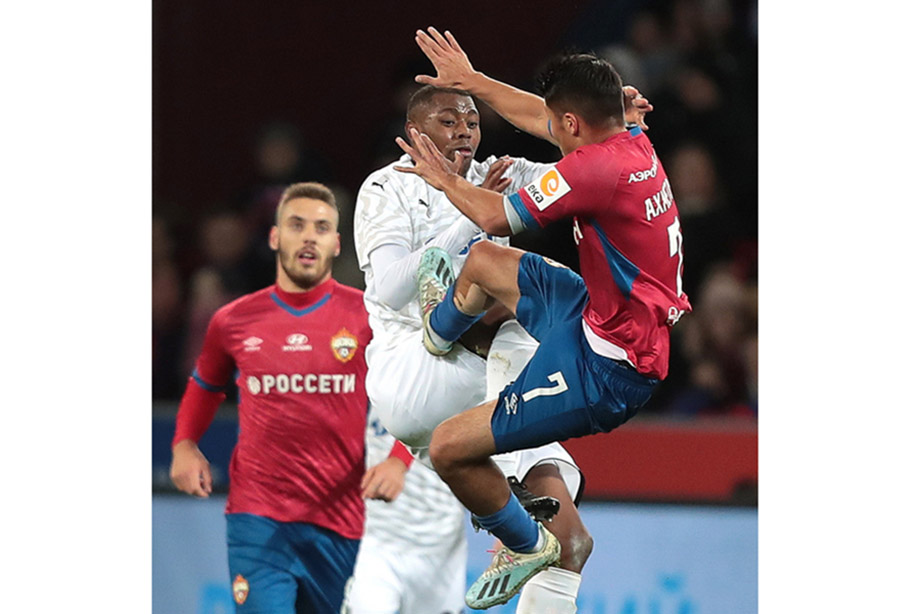 Krasnodar will still play in the Champions League. But Musaev’s team will get into the group stage, only bypassing two rounds of selection.

As we know, the Champions League qualification is divided into two grids: the Champions Path and the League Representative Path. We are interested in the second. Winners of bronze medals from France and Russia, as well as vice-champions of countries from 7th to 15th place in the UEFA ranking, participate here. There will be three qualifying rounds in this qualifying bracket.

The three winning teams will advance to the third round, where the team from Russia will start qualifying.

As in the situation with Shakhtar, during the draw we will be divorced from Dynamo Kiev. Of all the remaining rivals, only Benfica poses a serious threat. But Krasnodar fans can rejoice. If nothing changes in the Turkish championship, our team will be seeded and avoid a meeting with the Portuguese. 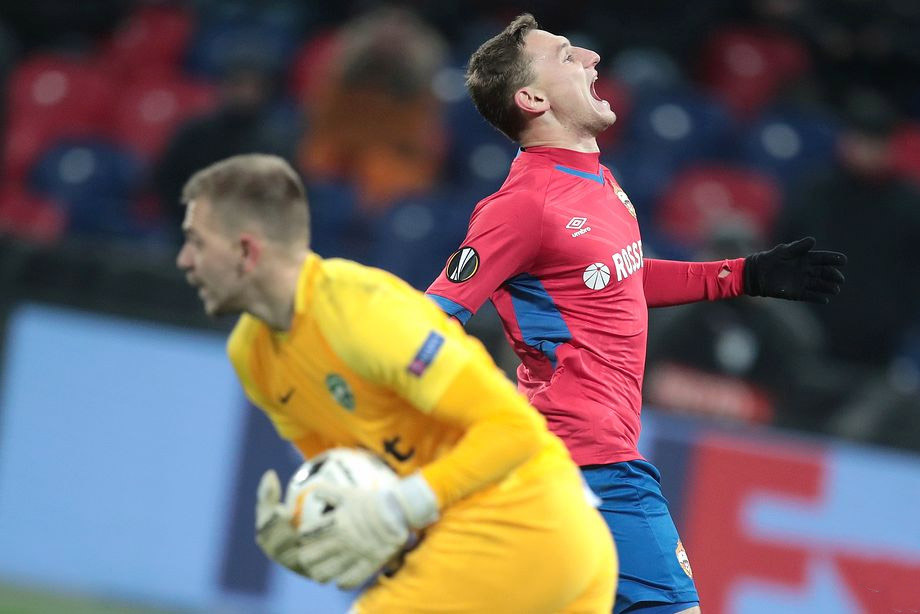 Now let’s deal with the Europa League. CSKA will definitely play there, but what stage it starts from depends on the final confrontation between Zenit and Khimki in the Russian Cup. If the St. Petersburg team takes the Cup after the gold medal, tickets to the Europa League will be distributed as follows: fourth place – group stage, fifth – 3rd qualifying round, sixth – 2nd qualifying round.

Let’s consider this scenario (we’ll come back to Khimki). 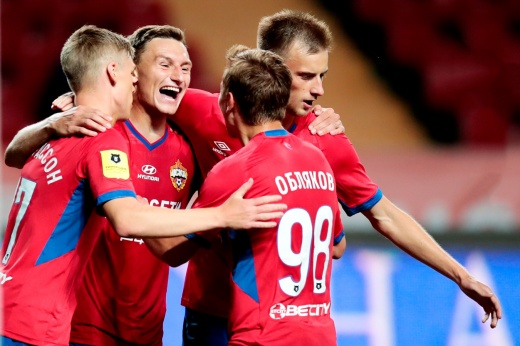 CSKA has made the most progress in the last three rounds. Is it luck or a pattern?

Everything is very cool, but it’s too early to dive into a state of euphoria.

CSKA will probably be in the first basket. What teams will CSKA not meet in the group stage:

Of course, this is not a complete list. The roster of participants will be strengthened by the winners of the cups and the teams eliminated from the Champions League.

Where does it go: 3rd qualifying round of the Europa League. 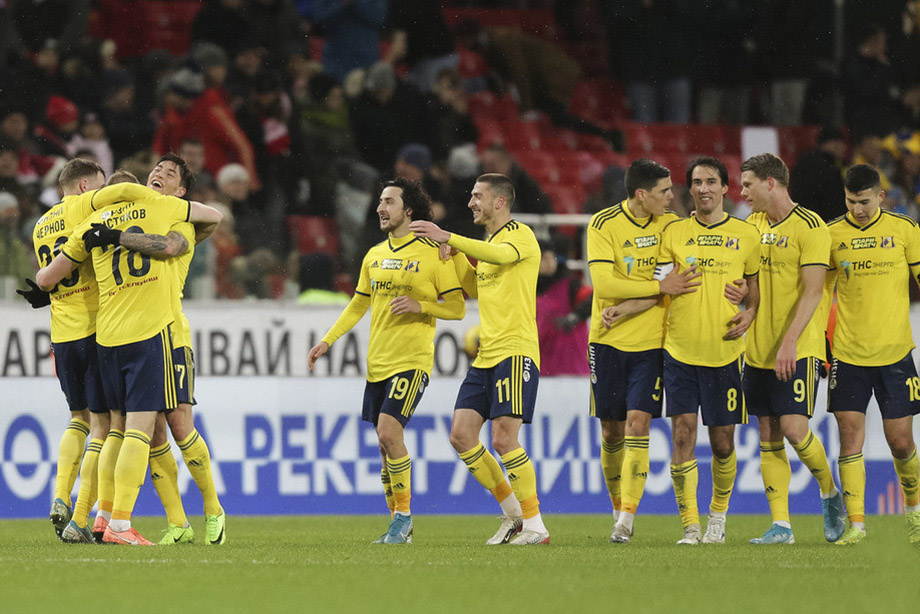 If Zenit wins the Cup, Valery Karpin’s team will start their performance in the Europa League from the 3rd qualifying round. Rostov’s rating is 12,000. If the team from the banks of the Don reaches the group stage, they will be in the third basket in the draw.

Possible rivals of our team at this stage of qualification:

Where can they go: 2nd qualifying round of the Europa League. 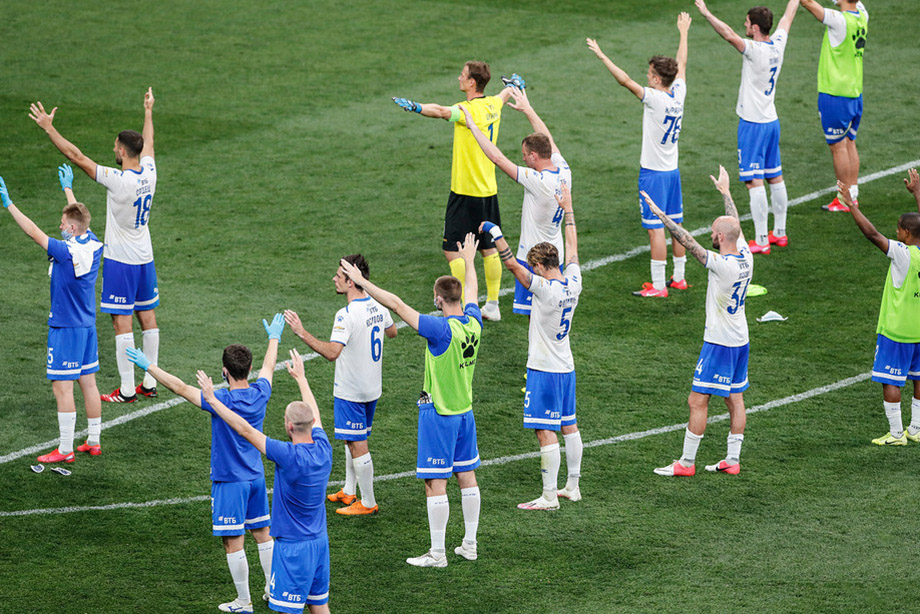 The victory of the St. Petersburg team in the Russian Cup final will allow Kirill Novikov’s team to start in the Europa League from the second qualifying round. Last year, at this stage, the Tula Arsenal began their journey across Europe. Unfortunately, it was short-lived: the team limited itself to a trip to Baku. Dynamo’s rating is made up of the coefficient of Russia – 9.109. As a rule, this is the fourth basket in the draw. Who can become the rivals of Dynamo? The list of clubs is impressive:

The winners of the first qualifying round will join the list of participants. There will be more than 45 such clubs.

Dynamo will have to go through three qualifying rounds to play in the Europa League group stage.

Where can they go: Europa League group stage. 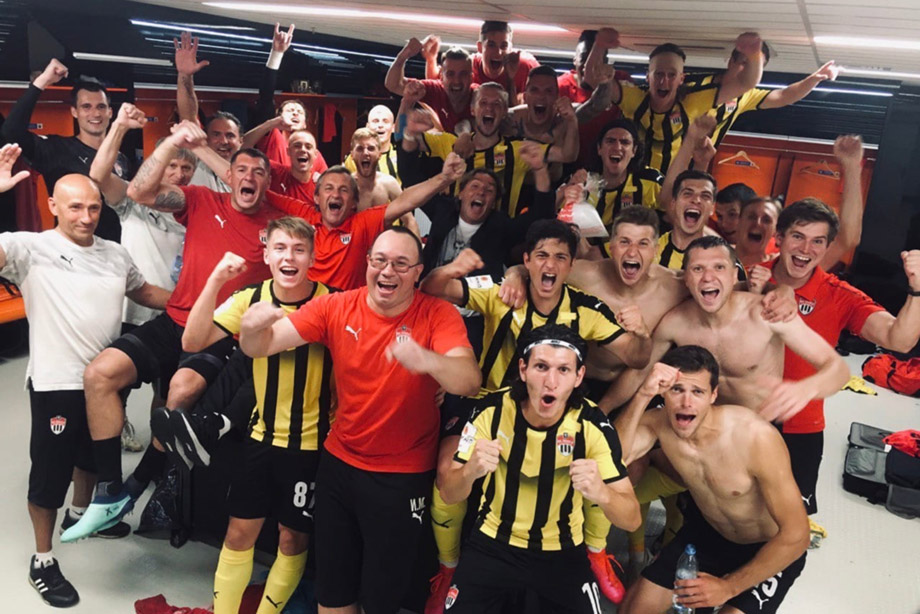 You can shoot a surreal picture about this team, and the endless news about the club’s withdrawal or absenteeism from the RPL has been an eyesore for several weeks. Khimki sensationally beat Ural in the Russian Cup semifinals and have every chance of getting into the Europa League, and even directly to the group stage. The task is difficult, but it cannot be called unrealistic. “Just” you need to beat Zenit. This is Russian football, where anything is possible. 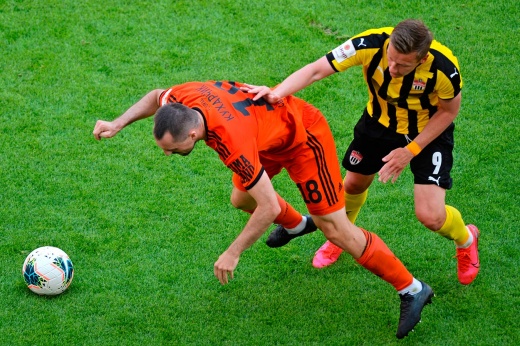 If Khimki still beat Zenit, the Moscow Region team’s rating will be based on the coefficient of Russia, which is 9.109. This is probably the fourth basket in the draw. At least six UEFA club matches are a lot of money for a poor team. The payment to each club from UEFA at the end of the group stage is about € 3 million. We do not yet take fixed payments in case of positive results.

For a team that cannot find the extra 50 million rubles for funding, this scenario seems like a lucky ticket.

The qualifiers for the Champions League and Europa League next season will be played in a single match format. The pair winners will be determined based on the results of one match, not two, as it was before. The owners of the fields will be determined by a draw. Only in the fourth rounds of European competition will there be two matches. Games will be held without spectators. The Champions League and UEL qualifiers will start in August, the group stage in October. Changes to European competition have been made in connection with the coronavirus pandemic.

training camp with the main team is a great chance

“I hope you were happy with me” “All about MMA, mixed martial arts, mixfight, ultimate fighting – bloodandsweat.ru