SKA, “Ak Bars” and “Dynamo” Moscow are the most non-standard winners of the Gagarin Cup

It is a fact. Each club took the trophy thanks to a certain component. 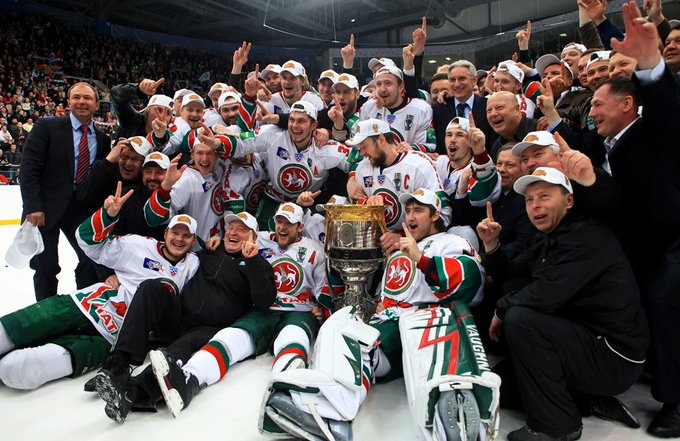 Champion teams usually stand out not only in terms of play, but also in terms of numbers. We decided to compile the general indicators of the KHL clubs, which at one time took the Gagarin Cup. The most important spoiler: most teams in their championship years practically did not stand out from others.

We looked at the important components: the difference between conceded and scored goals, the percentage of shots made, as well as the minority and the majority. To consider how the club showed its level in its championship year, we compared the performance of all the Gagarin Cup winners and derived an average that will help us find the common among the owners of the main hockey bowl in Eurasia. 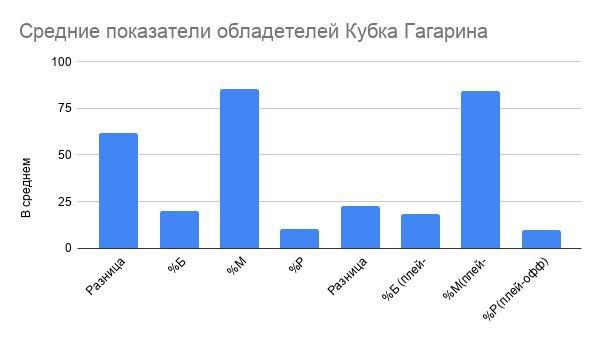 The average difference between conceded and scored goals for the Gagarin Cup holders is 84.18, the realization of the majority in the total amount for the playoffs and the regular season is 19.5% on average, the minority is 85.17%, and the percentage of realization is 10.2%.

It is worth noting that the main trend between the regular season and the elimination games is a decrease in all indicators (majority, minority, shooting). For example, the percentage of realization of the majority of the champion “Ak Bars” -2009 fell from 17.7% in the “regular season” to 12.096% in the playoffs. The trend towards a decrease in this component is observed in almost all Gagarin Cup winners, with the exception of Dynamo Moscow – 2012, when from 12% in the playoffs it was possible to increase the majority implementation by 5%,

The rest of the champions converted their majority better in the regular season than in the elimination matches. This is easily explained by the absence of outsiders in the playoffs, therefore, there were no easy matches. Plus in knockout games the matches are more focused. On average, over the years, the percentage of realization of the majority for all champions fell by 2% (from 20% to 18%).

What was the most unusual championship club? We have tried to answer this question. 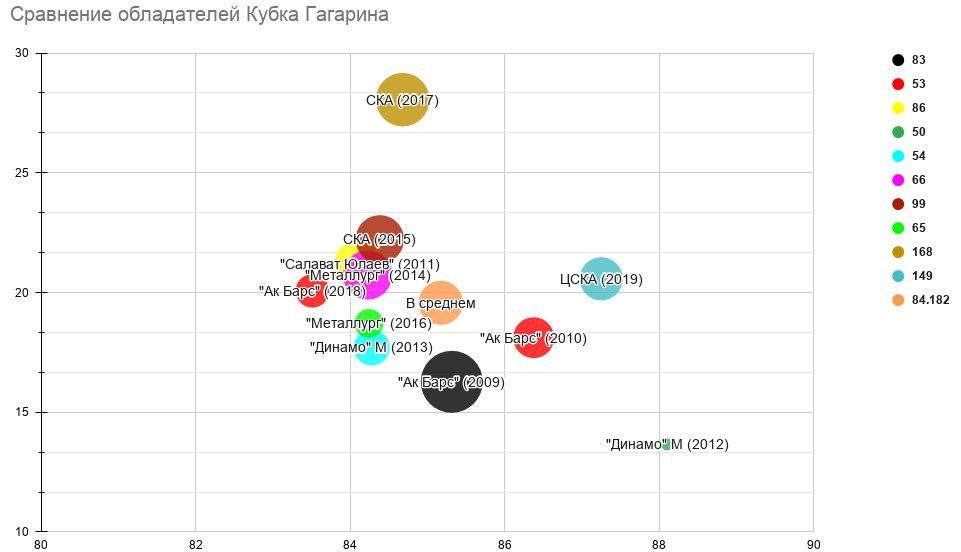 SKA-2017 dominates all other Gagarin Cup winners in terms of realizing the majority, the difference between conceded and scored goals. The most top-end implementation was at “Ak Bars” in 2009.

The best club to neutralize the majority is Dynamo -2012. No other Gagarin Cup winner had such an organized minority game. It is worth noting CSKA-2019 and “Ak Bars” – 2009 and 2010, which showed above-average neutralization percentages. However, Kazan residents had problems with the majority in those days – they did not reach the average value.

All other teams are in the “near” average. That is, one of the parameters: implementation, majority or minority are kept near the ball with the average value. Somewhere the clubs exceeded the average, but somewhere the other way around.

These numbers provide a digital insight into the most extraordinary league clubs. But it should be borne in mind that there are many factors in these indicators. For example, the skill of the players, the strength of the squad, the tactics of the game and, moreover, the competition in the championship itself.

According to our set parameters, three clubs stand out – Ak Bars for the first two seasons and two Army clubs. Dynamo-2012 had a low conversion, but the most important thing was the minimal difference between goals scored and conceded, which suggests that the “White-Blues” won their matches thanks to the excellent organization and consistency in defense.

SKA-2017 won through the attack, as the number of the realized majority means that the “CSKA” from the banks of the Neva often owned the puck. The logic is simple: if you own the puck, you make your opponent foul, you get the majority, and you convert it. It should be noted that the most productive club – the champion in the majority and the most organized defense – was led by the same person – Oleg Znarok.

It turns out that SKA-2017 had the best game in attack, and in defense, Dynamo Moscow stood out among all the Gagarin Cup winners. “Ak Bars” -2009 was the most realizing its moments club.

Calderwood will not wait for Shevchenko, will meet with Maya in August “All about MMA, mixed martial arts, mixfight, ultimate fighting – bloodandsweat.ru