“Spartak” climbed on “Loko” on Twitter and ogreb: for jokes about 9 days of silence and Semin – killer punchy about European competitions and 1:18 – Russia-2020 – Blogs

Or was Spartak not joking too badly?

Even in the offseason, the clubs found a reason to hack to death.

On Thursday, Spartak set fire to after new quote from Victor Kashshai: posted the famous photo of a bloody Terry Butcher with the caption “Guess the author from the quote:” If there were blood, then the contact would be significant, but here it was not essential. “

To the question “You were not hacked there?” the club replied that it was necessary to contact Lokomotiv about break-ins (Loko’s twitter had not been updated for more than a week by that time).

As soon as Loko came to life, a counterattack came: “Better 9 days without Twitter than a season without European cups 😉”. 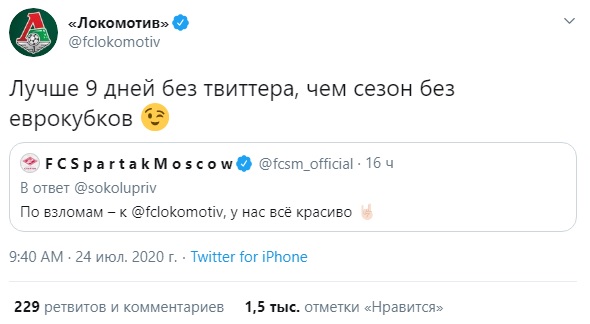 Spartak did not calm down: “Welcome back! You probably entered the old password out of habit? 😜 “. Spartak remembered the slogan No Semin – no party. Merch with him appeared several years ago, and after the announcement that Semin would leave Loko, it turned into a slogan for fighting the general director of Kiknadze and the leadership of Russian Railways. Yuri Palych even posted drawing fans with such an inscription. 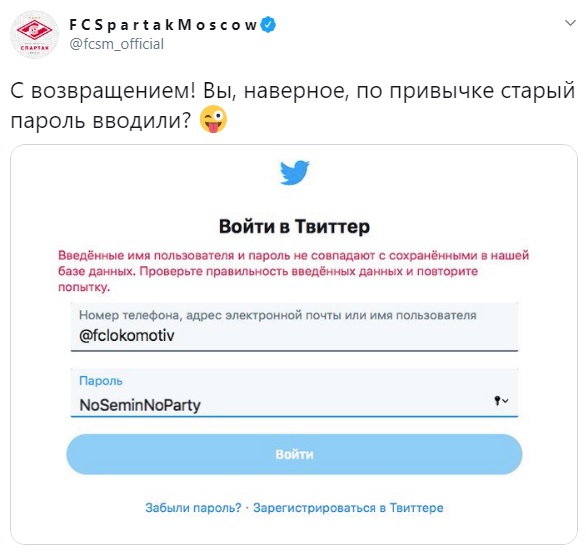 And then “Loko” gracefully finished off: “We just had a well-known and easily guessed login and password 👌”. As a phone number – Twitter can be registered and so – we used the creepy numbers for Spartak: the 2002/03 season and 1:18 – a humiliating goal difference in the Champions League that fall (by the way, the anti-record was broken only in 2011: Dynamo Zagreb ”Scored three times, but conceded 22). 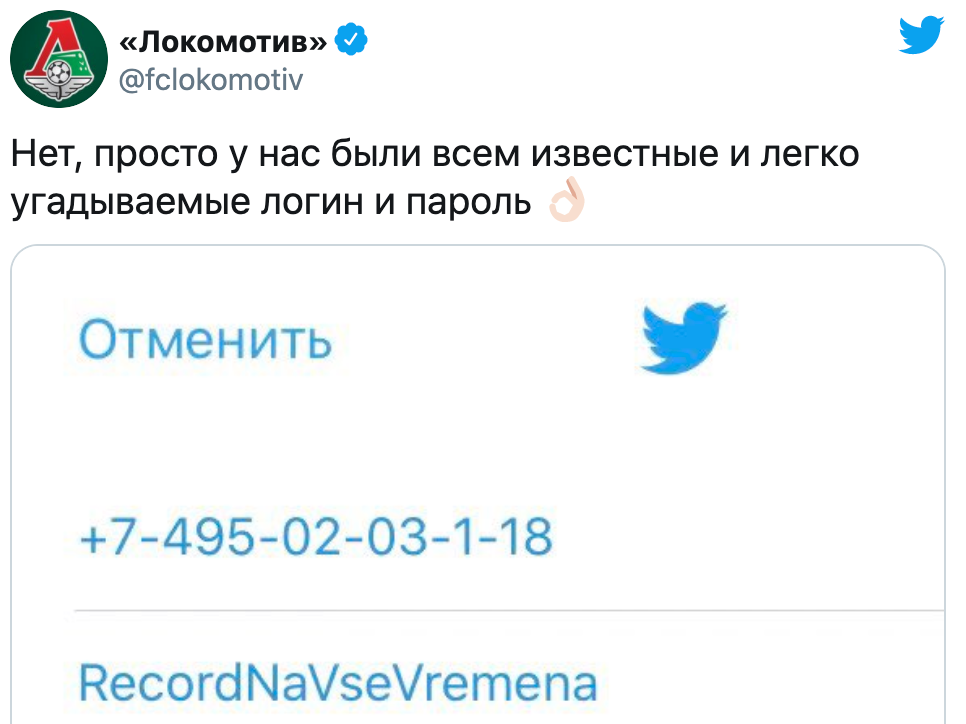 When we talk about the victories of one club over another, we always name the authors of goals – it seems unfair to break the rule right now: Timur Bayramov has been responsible for Lokomotiv social networks for six months already, he moved to Loko from Rubin. Do you remember the cool creative from Kazan? A package with Iranian subscribers for Zenit, when Serdar Azmun moved to St. Petersburg, lightning reaction to Sharonov’s gesture and the words about Metallica’s concert – it was all Timur, now he lights up at Loko. 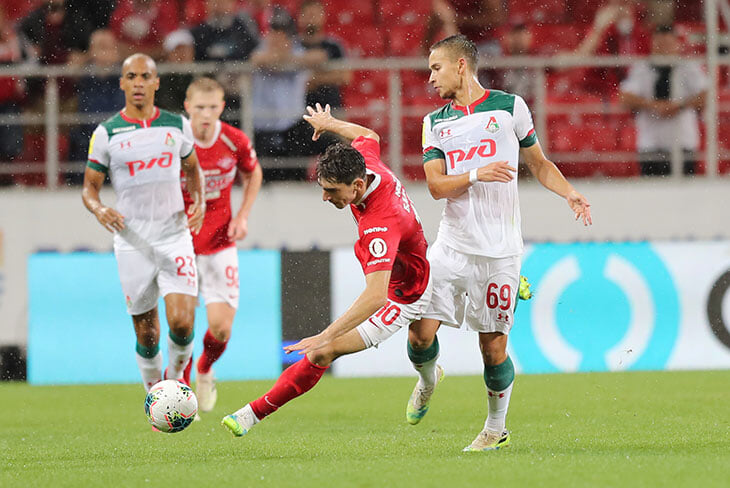 If you were surprised that Loko was silent on Twitter for so long, although the team won CSKA during this period and advanced to the Champions League (emotions conveyed via RPL Twitter), let’s clarify: this is not a protest action, Lokomotiv was simply unlucky. On July 15, the largest hacking of accounts in the history of Twitter took place: scammers on behalf of celebrities asked subscribers to send a thousand dollars to the account and promised to return the money in double the amount – the BBC reports that the hackers earned more than 100 thousand. The site has blocked all verified accounts where the password has recently been changed. Among those temporarily banned was the Loko account: the club did not publish updates for nine days (yes, everyone has already joked about the commemoration).

While there is a lull in the Twitter-shootout between Spartak and Loko – or it ended as unexpectedly as it began. Loko won by numbers: the tweet about the season without European cups has already collected almost two thousand likes, about 1:18 – several hundred. Who do you think performed more powerful?

David Silva: “I am glad that I spent 10 years at Manchester City, everything was perfect”