The coach deserves a full chance.

In this endless season, “Spartak” almost repeated the anti-record from 2003 (36 points, 10th place), but the team still looks not as sad as it did then – they did without bromantane, Khrman (joke about Mirzov) and Stanich (joke about Teela) and strange match in the 30th round…

It is hardly possible to single out one reason why Spartak -2020 will finish in 7th place. A lot of things are mixed:

• And the coach Oleg Kononov, who did not advance a single millimeter in a year of work, and in the end he completely swam.

• And CEO Thomas Zorn, who took the top three players away from Kononov and gave him a much weaker set of replacements.

• And faith in André Schürrle, who was supposed to become something like Promes, but eventually ended his career.

• And the coronavirus, after which Spartak came out completely folding, although it looked decent back in March.

• And Leonid Fedun, who, as usual, did not want to endure and destroyed the link between Zorn and Tedesco clearly ahead of time.

• And the referees, who several times made very controversial decisions not in favor of Spartak, but did not explain them.

• And the roster is too young, which definitely needs to be strengthened. 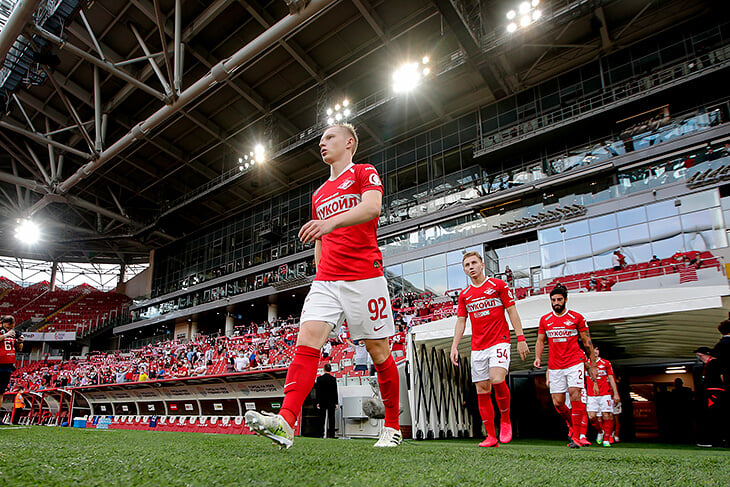 Domenico Tedesco is not on this list of disappointments, although he broke the 2003 anti-record. Just think: Andrey Chernyshov then scored 15 points in 10 matches, and Tedesco – 14!

In general, everything good this season with Spartak happened in random outbreaks.

The first – when, on the emotions of summer transfers, they gave a good segment in 2019: they beat Tun with Akhmat, snatched victory in the derby from CSKA and scored to Krylya in the last minutes – Oleg Kononov then rode like a conqueror.

The second – when Tedesco came, he began to put things in order and bring everyone to their senses after what Kononov had done.

And the third – when Tedesco spent the winter with the team, and Spartak slammed Dynamo and CSKA in the spring.

It is hardly possible to remember something else good and even seriously rejoice at these outbursts, but if you look for a positive, then obviously around the German coach. 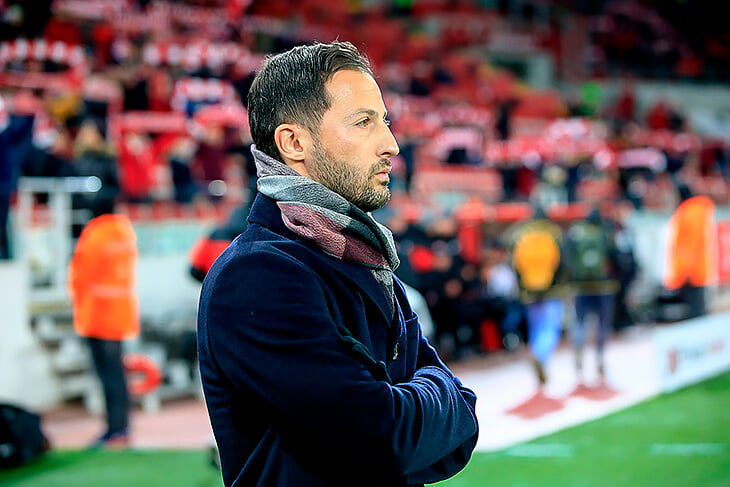 After all, Tedesco charmed from the first game: he worked for days, lived in matches, received yellow ones for emotions, experimented (tried a rhombus, put Ananidze as a defensive player) and looked for a game. As a result, I quickly adjusted the system and instilled an unusual scheme.

In general, from the first days of Tedesco at Spartak it was clear that the process had finally begun, and the team’s play was becoming clearer – even if it was boring and difficult 3-5-2, but definitely better than Kononov’s attacking football. More precisely, no Kononov’s football.

Unfortunately, Tedesco did not succeed in quickly fixing the terrible season, but let’s still assess the circumstances.

• The coach got a broken team and taught it to play football again – in the first match against Rubin Tedesco actually showed Zelimkhan Bakaev with his hands where to run.

• You cannot ignore the coronavirus: after a pause, Spartak came out completely different from what it was in the spring. In addition, Tedesco has practically lost the leader Zelimkhan Bakayev, who had been ill with a covid, who is not getting in shape.

In the spring Tedesco showed a normal result: yes, there was a failure with Krasnodar, but Spartak won three out of four matches.

Summer football of “Spartak” is so-so, but something else is more important. After Zorn was fired, Tedesco showed that it was important for him to stay and work.

He said this himself, but everything was clear without words. No indifference on the bench (only emotions and cards), and also attempts to answer questions in Russian – a person who is going to blame would never be so strained. 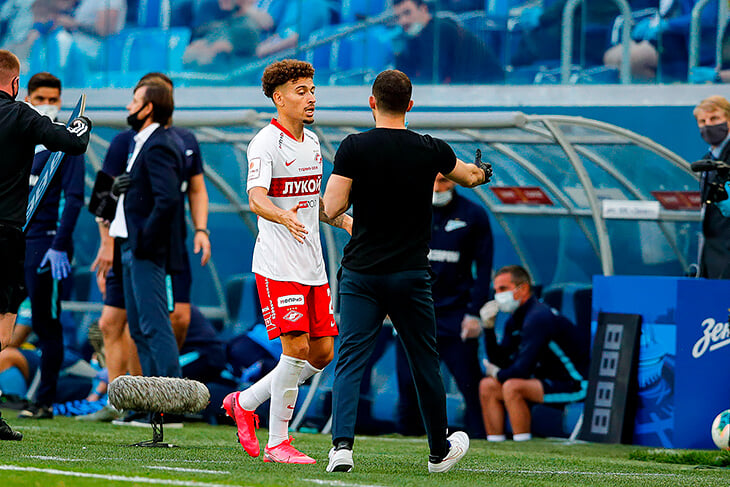 The results in the summer, the 3-5-2 scheme and the monotony of Spartak (which the opponents easily adapt to), of course, are a little embarrassing, but still: Tedesco spent his entire period in Russia in noisy stress and incredible confusion, and could work normally only in winter …

Of course, it’s not a fact that the same silver Schalke will appear in Tushino, but Fedun is simply obliged to give Tedesco a full season – the coach definitely deserves a chance to finish the job.

The nightmare 2019/20 season is over, there is zeroing ahead, a new CEO and, it seems, even transfers. What will happen next is a mystery, so now the most constructive thing for Spartak and the fans is to support and believe in Tedesco.