STALKER 2 will be released next year. Has the previous part passed the test of time? – Chikibamboni – Blogs

From the editor. You are on the blog «Chiquibamboni“, The author of which writes about games. Subscribe to it and leave comments to support the author!

Seeing the first trailer at the presentation Xbox Games Showcase, I immediately decided to recall the very feelings that I had last experienced at school. Then there was no ray tracing, realistic reflections and a verified image. But there was “Call of Pripyat“.

STALKER: Call of Pripyat was released on October 2, 2009 and caused a rather controversial reaction from players and journalists. Nevertheless, it became the last part of the series, the continuation of which was expected for more than 10 years. How is it played in 2020, what is so and what is wrong with it?

Games in recent years and availability Playstation had a very strong impact on me. Too many interface elements are currently used, but without them it seems impossible to play, they are so strongly integrated into game development. 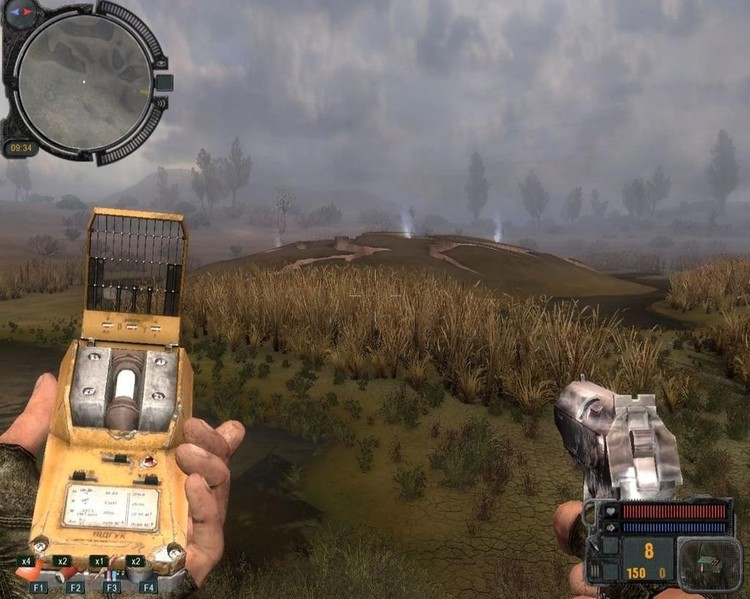 Why is this preface? My first reaction when I went to Call of Pripyat: “You mean there is no X-ray vision? I mean, I need to save myself every time? Why does the killed rival get up, where is his streak of lives? “

Nevertheless, it is quite possible to get used to this already in the first hour or two and calmly (almost) continue to travel around the location. Almost for a reason. The fact is that the card is very outdated. Well, this is simply impossible, you cannot orient yourself on the mini-map, you constantly have to unfold a large one. How I didn’t like it. 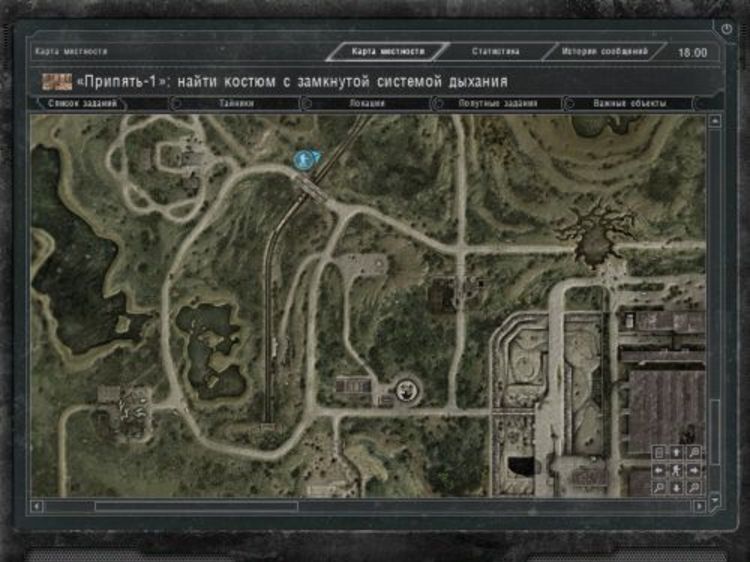 Another gameplay disadvantage is the dialogue system. She belongs in 2009, where she appeared. I actually came here to play and have fun, and not to read kilometer-long dialogues.

Although my memories of the game are not fresh (not fresh at all), I remembered one thing – the graphic component here is lame on both legs. Therefore, immediately after installation, I ran to roll out graphic mods that somehow refresh the gameplay. 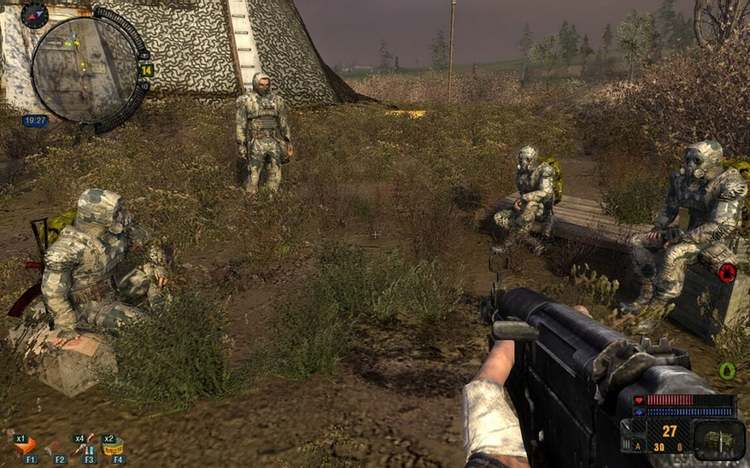 Having played enough of the most beautiful Horizon zero down and Detroit: Become Human, my eyes suffered a lot from all these polygons, scary bushes, disgusting facial animations, NPC figures and weapon images. This is all such a … convention. It’s just that the second Uncharted, Assassins Creed, came out in the same year.

It should be noted that the emissions are insanely beautiful. However, they can be seen either before death, or having received a special achievement. 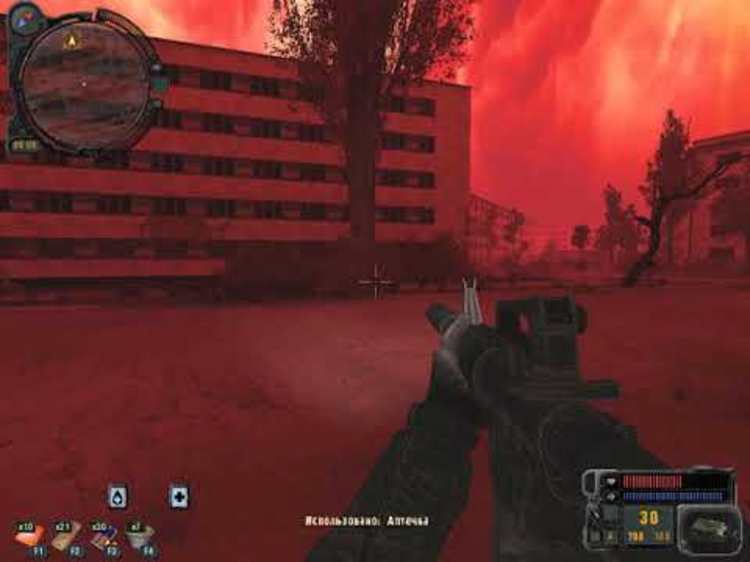 By the way, there are a huge number of mods for the game, some of them are from 2014. This suggests that interest in the series is not abating.

We play as Major Degtyarev, who arrives at the Zone to investigate the destruction of five military helicopters. To do this, he goes to each helicopter, and the player watches the cutscene. Then you need to find a cool gun, fix the connection and fly out of the Zone. All. I agree, when the Shooter appears in the ending, I screeched. But just a little and very restrained. 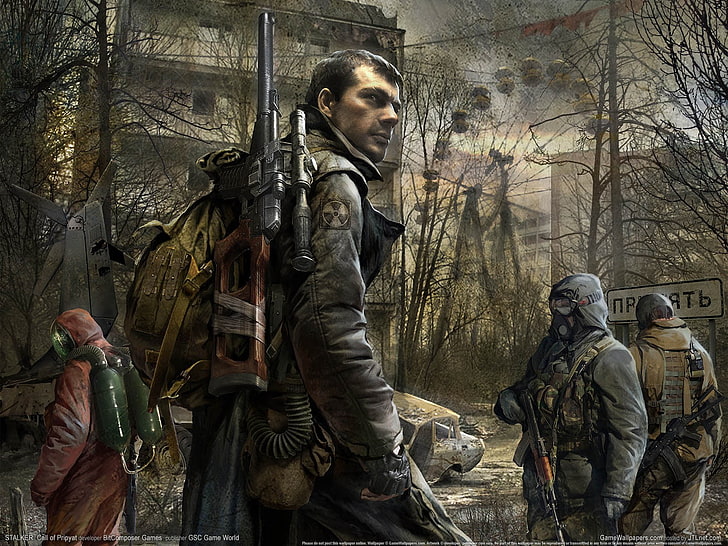 Nevertheless, I have not seen such a lazy scenario anywhere. The main character is also an incomprehensible character. He walks, kills mutants left and right. No motivation to reveal the hero. What do you say, a three-act narrative structure? No, hike and look for helicopters.

However, as far as the game has a nondescript plot, it also has cool side missions. For example, one citizen suffers from hemoglobin dependence, and the only substance that inhibits the development of the disease is blood. Therefore, he caught stalkers and drank their blood, and dumped the corpses on the bloodsuckers. When we expose him, he regrets and shoots a bullet in the head. A very cool quest. 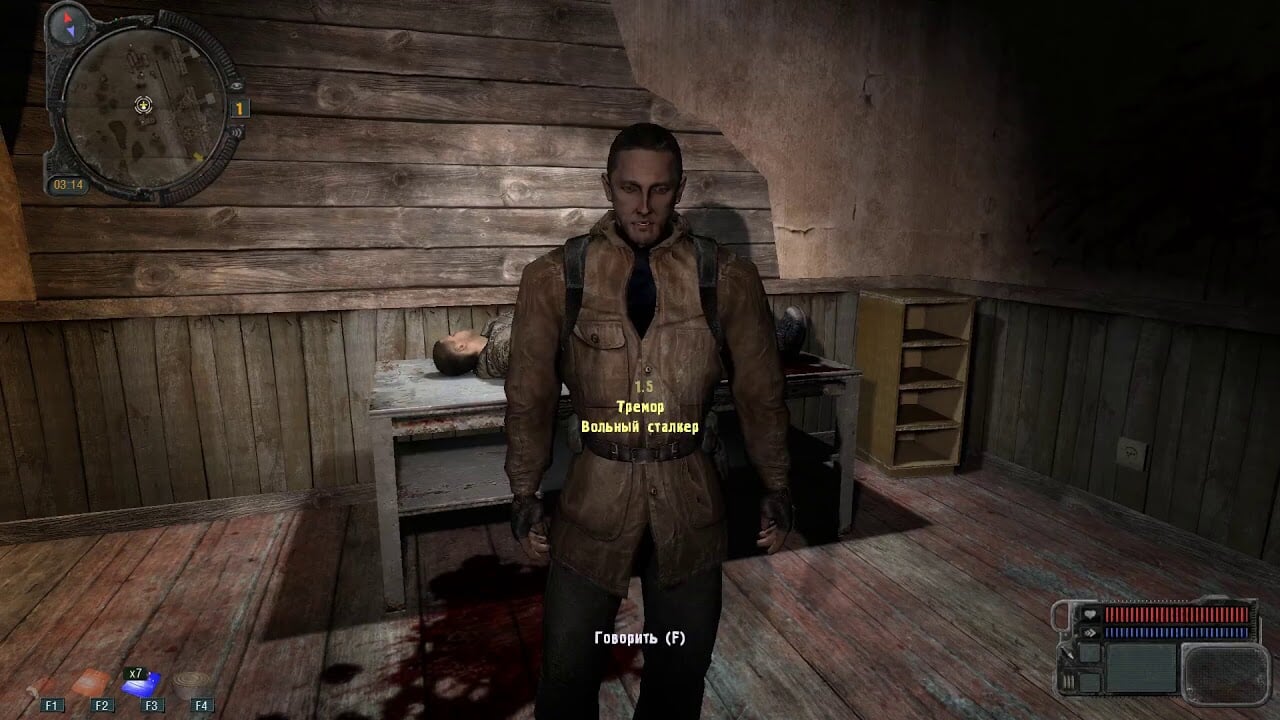 It is not entirely clear how this happened, but perhaps the writers needed to direct their energies to the main plot, and not to the side effects. Although they complement the Zone, they help you stay in the game longer.

And this is what the series from GSC Game World is loved all over the world to this day. It is only because of this component that the graphics, and the gameplay, and the plot begin to spit. You run across deserted locations, your anomaly detector is cracking, a blind dog is barking somewhere, tushcans squeal – the immersion is maximum.

But at first it was even scary. I forgot what and how it works, I was afraid of everything: to go into anomalies for artifacts, to meet with bloodsuckers and burers (how they infuriated me). The first time I was dying of everything. But how cool it was. 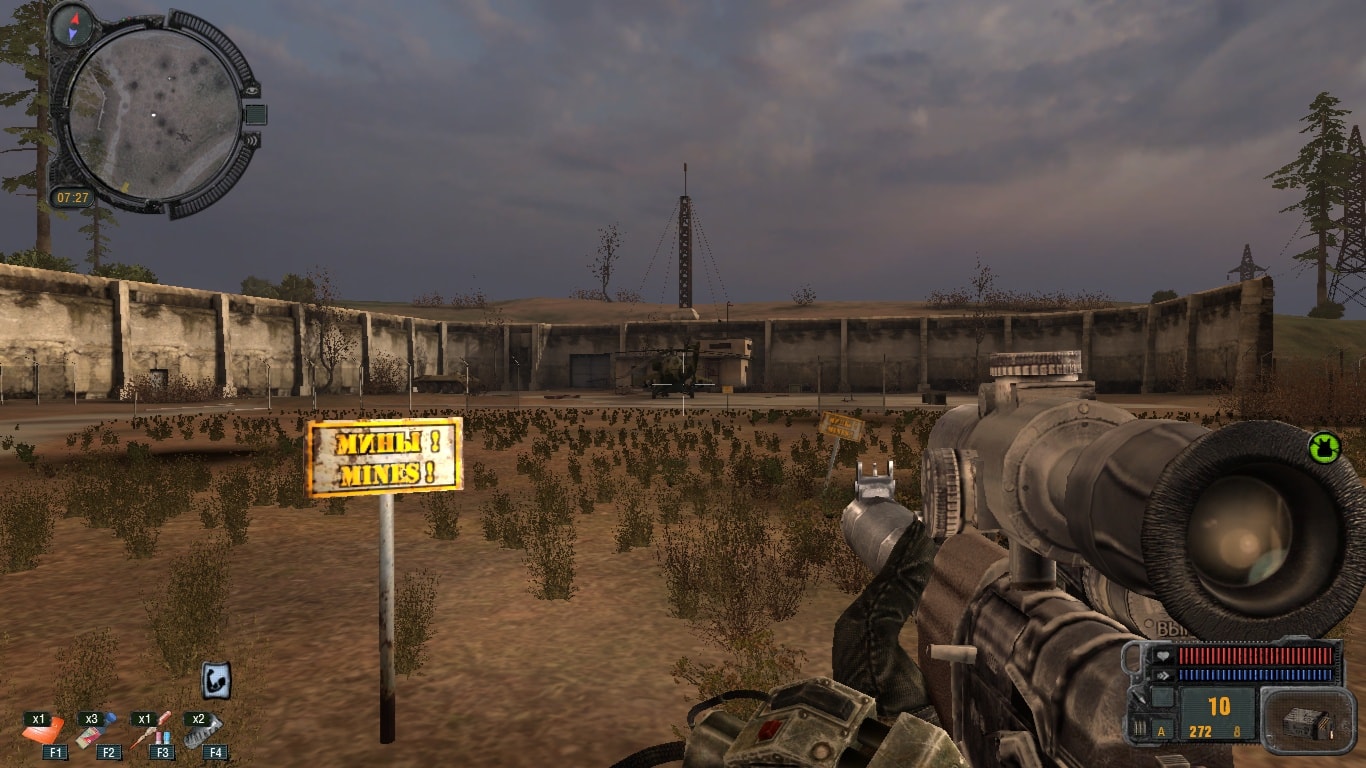 The zone does not let go, even when you turn off the computer and go about your business. The TV cracked – everything is clear, there is Elektra, and it is better not to turn it on yet.

Has “Call of Pripyat” passed the test of time? 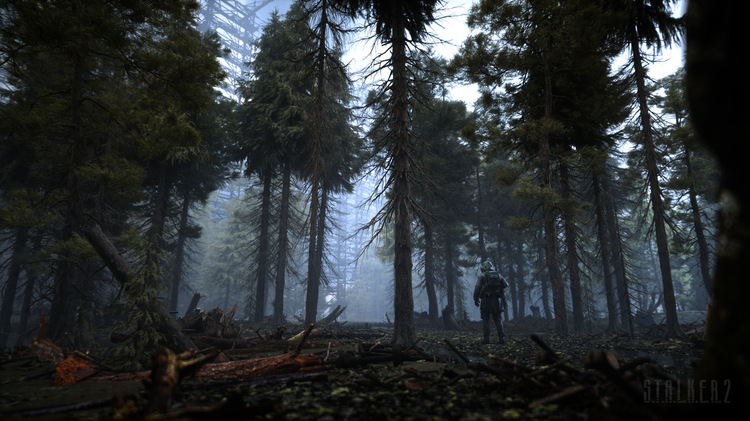 Before the release of STALKER2, it was a good idea to brush up on the previous game. Although many of the gameplay elements are already outdated, Call of Pripyat invites you to plunge into the most mysterious part of Ukraine again, to feel the cold and loneliness of an abandoned city, as well as to feel the romance of songs with a guitar in front of a fire after another outing for artifacts.

Who became the best goalkeeper of the 29th round of the RPL – Safonov, Maksimenko, Pesyakov, Dupin, Frolov

RPL has published a calendar for the 2020/21 season. CSKA and Spartak will play in the 7th round