The East of the KHL is cooler than the West, and the Kharlamov division is the strongest

Our author has proven this. 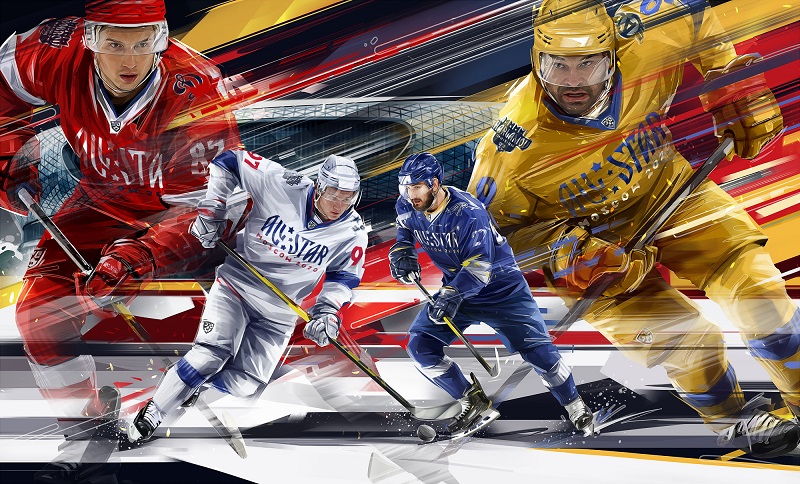 You can compare and analyze not only clubs, but also divisions and conferences. We decided to consider which division is the coolest in the KHL. They took all the same components of the game, such as: the difference between goals scored and conceded, the percentage of the majority achieved and the majority of the opponent was neutralized, plus the percentage of shots that were realized. 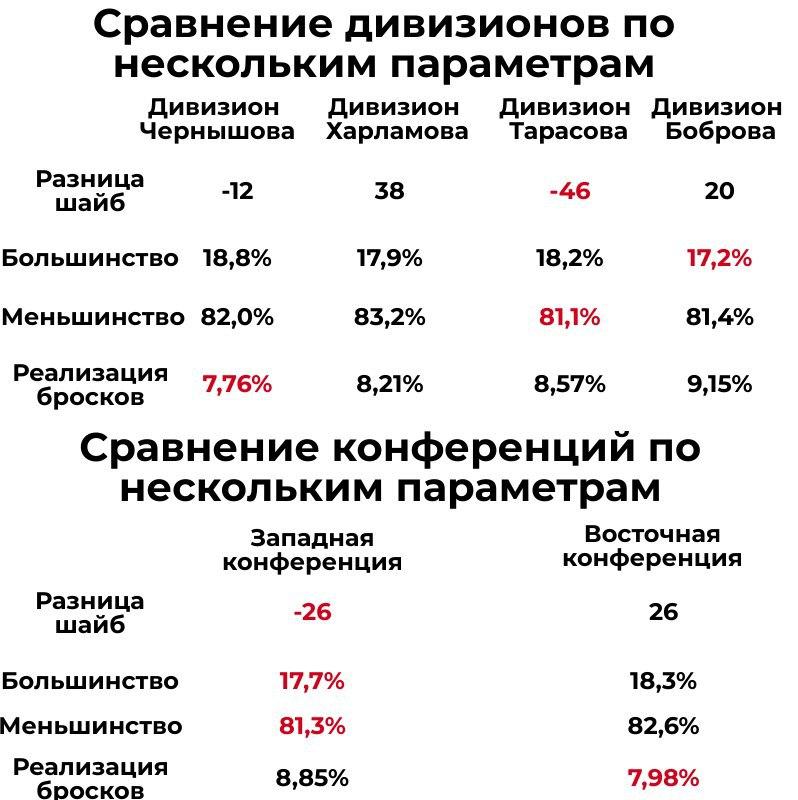 The infographics show the differences between different divisions, as well as conferences – Western and Eastern. It is immediately striking that the East looks much stronger in this matter – it leads in terms of the percentage of implementation of the majority and minority. But most importantly, the Eastern Conference is leading in terms of goal difference, which is +26. The only indicator that prevails in the West is the percentage of throws realized.

Two hypothetical conclusions can be drawn from the last component: the first is that the West is more skilled than the East (this is very controversial). The second – the teams in the West bring their moments to the right more, while the clubs from the East shoot more on goal. That is, there is a certain difference in styles. However, this is only a version that needs to be proven with Xg or other progressive statistics.

Let’s move on to the divisions. The strongest in the KHL is, of course, Kharlamov’s division. In total, the clubs representing this particular division do not have any global disadvantages. Chernyshov’s division has a bad implementation, and Bobrov’s division has the worst game in the majority at the end of the regular season, Tarasov’s division is the most letting one and, moreover, poorly neutralizes most of the opponent.
That is, Kharlamov’s division does not have strong deviations. At the same time, the clubs from this division are the best in playing in the minority, but most importantly in terms of the goal difference. It is this difference in many ways that makes Vostok the leading conference in the KHL. But the toughness of the division is still proven by the competition in it? 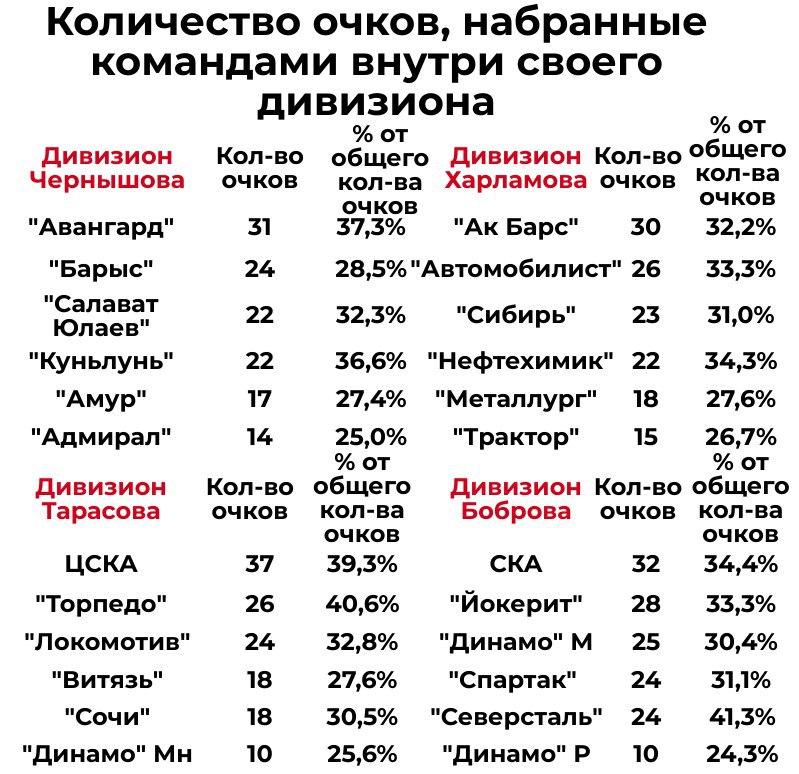 That is why you can see that the difference between the scored points between the first and the last places in the Kharlamov division is the smallest – the gap between Ak Bars and Traktor is 15 points. It is worth noting that in this table we calculated the number of points scored exclusively in games against teams from our division.

CSKA has a lead over Dynamo Minsk – 27 points, SKA over Dynamo Riga – 22, and Avangard from Admiral – 17. This once again confirms that the competition in the East is many times higher than in the West KHL.

But that’s not all. We found out the number of points scored by the clubs within their division. The clubs within the division play each other four times. That is, five opponents * 4 games = 20 matches, each can score a maximum of two points. It turns out that clubs can score 40 points – this is 100% maximum.

Two teams stand out here – “Torpedo” and “Severstal”, which were the only clubs that scored just over 40% of their total points against clubs from their division. Hence we can conclude that the teams from Cherepovets and Nizhny Novgorod are more comfortable playing against their main opponents than with teams from other divisions.

The second echelon we have are Avangard, CSKA, Kunlun, Neftekhimik and SKA, which scored more than 34% of their total points due to games with clubs from their division. And three clubs stand out in this category: Barys, Metallurg and Vityaz. Why? The fact is that the percentage of points scored within their division and the regular season is kept at 30%.

In turn, the Kazakh club scored only 28.5% (within its division it scored 60% of points), however, won its division. “Metallurg” and “Vityaz” also made it to the playoffs, while losing most of the matches to their main opponents. This leads to another conclusion: these three teams find it easier to play with clubs from neighboring divisions and other conferences.

The East now dominates the West in terms of competition. In general, in each division there is an internal struggle between the clubs, but in Kharlamov’s division it is expressed most of all, and least of all in Tarasov’s division. It is worth noting that if you lose most matches to your opponents in the division, then there is still a chance to reach the playoffs and vice versa.