The Streltsov Stadium was closed for reconstruction. A snowy derby took place here, Samedov scored three against Amkar and Moscow died – Photo of the Year – Blogs

Another old school is gone.

The Eduard Streltsov Stadium on Vostochnaya Street has officially closed for renovation.

Torpedo fans didn’t have a normal goodbye on the pitch. The last official match at the old Streltsov stadium the black-and-whites played with Baltika in the Cup – it was not originally planned that the game would be the last. But the Moscow police did not allow Torpedo to play in their arena until the end of the calendar year in the FNL – despite public and official requests from the management. Well, at least so.

As a result, “Torpedo” invited the fans “for a massive walk” around the arena – with a musical performance, a slam and a special atmosphere of the East.

“It is very sad to realize that soon our stadium will not be in its usual form, that we will never see the old native Vostochka soaked in torpedo spirit. I hope that the new Torpedo stadium will give us all a lot of positive emotions and become a new page in the history of the legendary black-and-white club, ”remembered Sergei Shustikov, the current Torpedo captain.

In fact, East Street Stadium is not as legendary as it might seem. It was built in 1959, but until 1976 there was only one stand, and it was used as a training field for the football team of the Likhachev Plant (ZIL, yes). There were also events like the parades of athletes. For example, the start of motorcyclists in 1967. 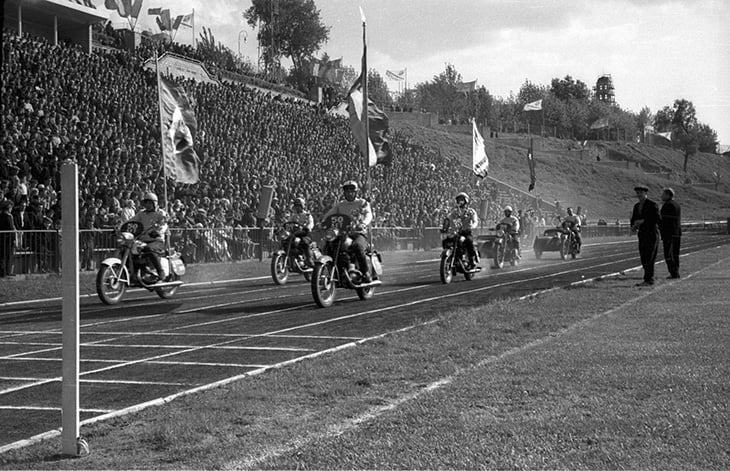 The first serious match took place here only in 1977: Torpedo and Chornomorets Odessa played. The hosts won 1-0, and the only goal was scored in the 89th minute. Part of Soviet Sport’s vintage reportage about that game:

“For the first time, Torpedo hosted their rivals in the national championship match at their own stadium, which is located on the banks of the Moskva River. It is just a stone’s throw from the factory buildings and residential quarters where car manufacturers live. Naturally, they filled the stadium stands to capacity. And according to the festive mood of the spectators, the opening of the stadium turned out to be beautiful and solemn, at the end of which the singer Lev Barashkov sang the song “Forward, torpedo men!”

As if spurred on by a songful parting word and a tailwind, the automobile plants enthusiastically went to the assault, tormented the defensive lines of the guests for a long time, but in the 15th minute, after a swift and clear counterattack of Chornomorets, they almost got an own goal. ” 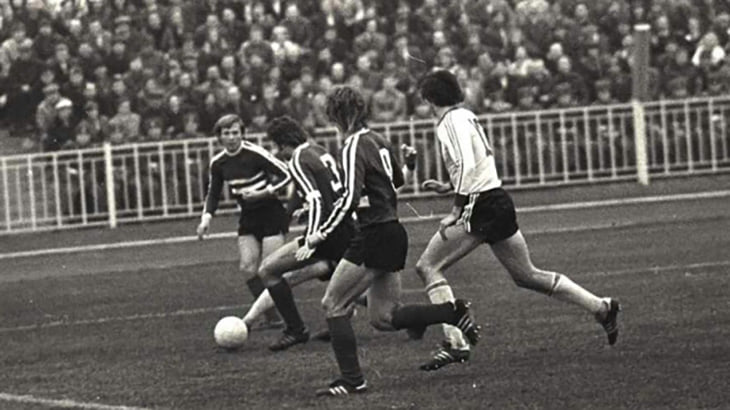 Eduard Streltsov ended his career in 1970, so he did not play on East Street. Nevertheless, the stadium “Torpedo” was renamed in honor of him, and in 1997 a monument was erected. 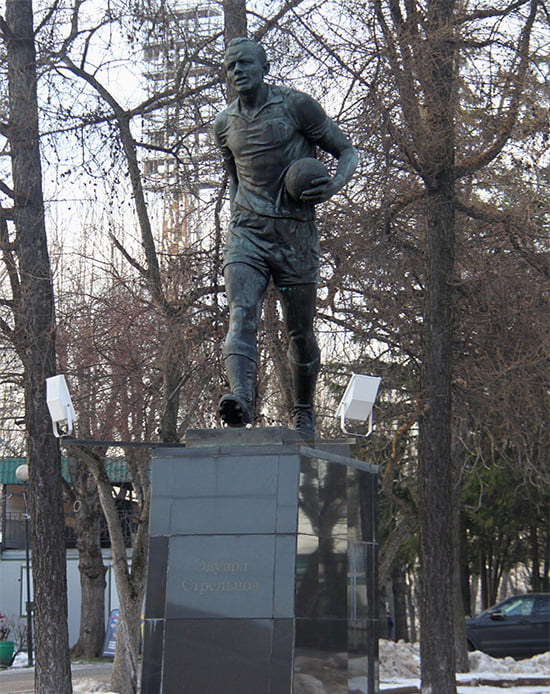 In the same 1997, at the Streltsov stadium in the third league, the Torpedo-ZIL team began to play – instead of the Torpedo that left for Luzhniki. 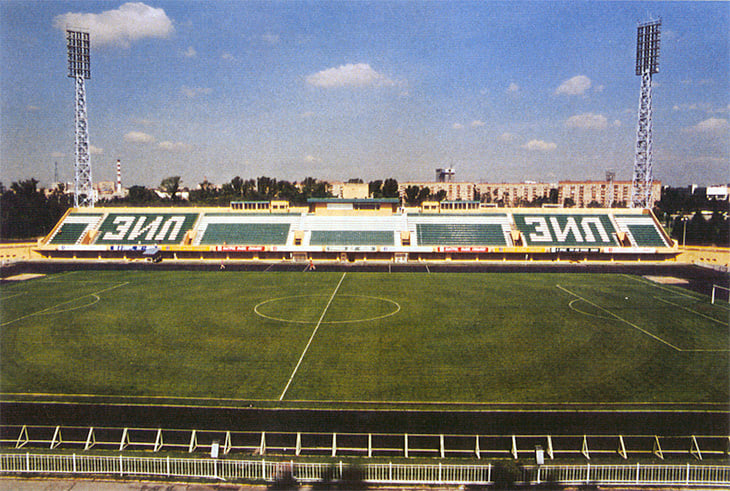 In 2001, the Premier League returned to the stadium. And you don’t have a soul if you don’t want to burst into tears from the legendary nature of this photo – Mikhail Sinev, Roman Shirokov, Vasily Berezutsky, Igor Piyuk, Valery Klimov versus Yuri Drozdov. 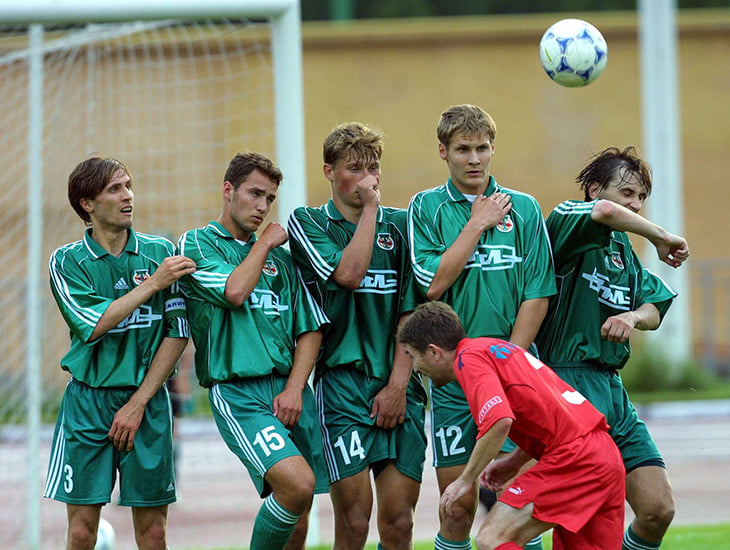 In the early 2000s, CSKA and Spartak always suffered from the lack of their own stadiums and often played on East Street. In 2002, the craziest derby in history took place at Torpedo. The field was so covered with snow that the start of the game was postponed. Snowblowers appeared after the official start of the meeting, and the match started 45 minutes late. The fans were playing snowballs all this time and could not even sit down – the stands were also covered with snow.

“I come to the stadium, and there is one man with a shovel clearing the snow outside the gates,” said Andrei Chervichenko. – There was no equipment, nothing. But I was not so much embarrassed by the weather as this character of the judge Nikolai Ivanov from St. Petersburg. I saw him, and immediately understood: “Now they will kill.” Although there was a chance to jump off, the judge asked: “Will you play or not?

Shikunov and I went to Romantsev and asked: “Ivanovich, are we going to play?” Romantsev replied: “Of course, we will tear the goats!” Well, we will, then we will, even though in the garden. What they did with the field is a Tseskovian theme. It suited them more: to thresh, to beat on it. Gazzaev had a powerful team, while in Spartak the jewelers were technical and playful. “

In 2004, instead of suffering “ZIL” and “Torpedo-Metallurg” in Vostochnaya, a serious club finally appeared – FC “Moscow”. Hector Bracamonte is, of course, the main association with that team. 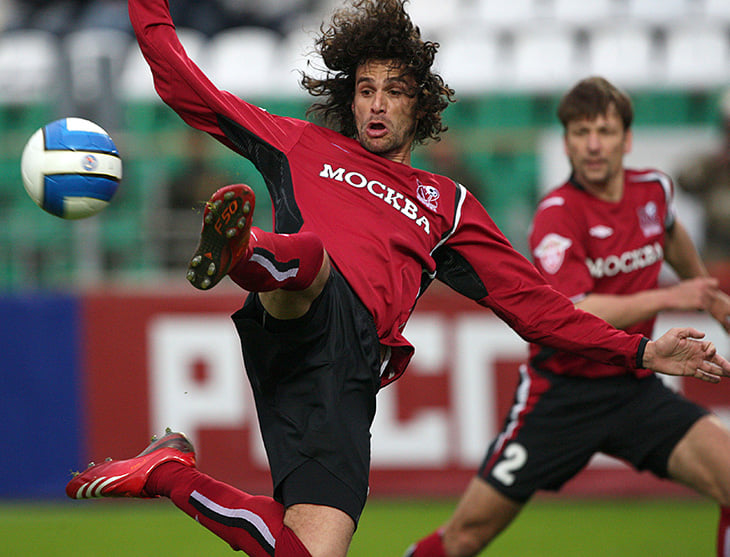 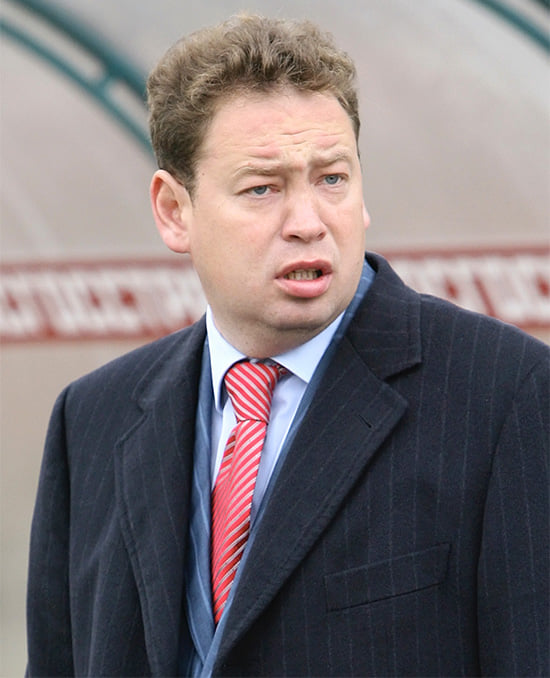 And he even played at the Streltsov stadium (and not on Kutuzovsky Prospekt, as in the program with Radu Rebezha) with Moscow in European competitions! At home, our team lost to Hertha – 0: 2. 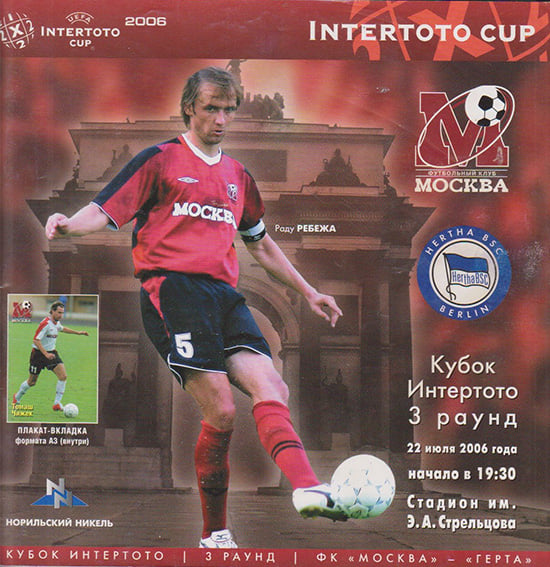 Another cult event at Torpedo: in 2004, Spartak, which had not yet moved away from bromantane, smashed Amkar here with a score of 6: 0, and Alexander Samedov scored a hat-trick.

In 2010, big football from East Street disappeared for several years – “Moscow” died, and the words “Torpedo” were again laid out on the stands. 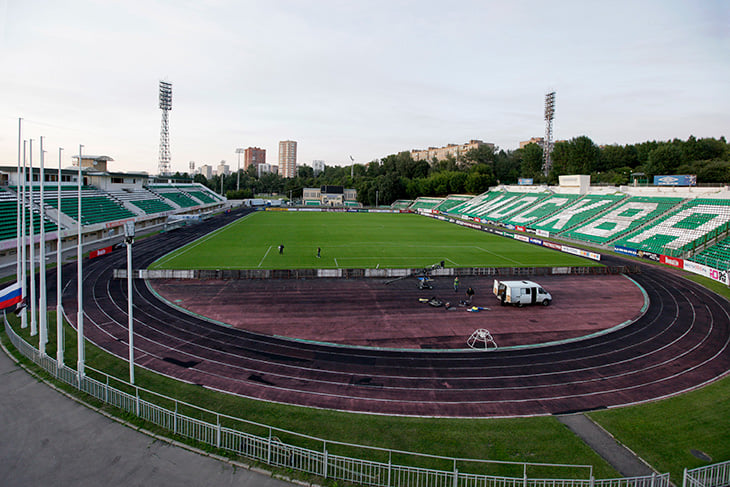 Since then, Torpedo has played here in different leagues (sometimes even in the premiere), and one of the notable events happened in 2012. During the match for the Russian Cup with Dynamo, riots broke out in the stands, and it all ended in a technical defeat for Torpedo, three matches in the FNL without spectators and a fine. In 2018, these teams met again here for the Russian Cup and created a similar atmosphere.

In 2013, the matches of the first and last United Tournament were held here (it was supposed to combine the championships of Russia and Ukraine), and Dynamo Kiev became the champion.

And this is not the only thing that connects Valery Gazzaev with the stadium: the legendary performance “What are you doing, you stinking goats” also took place on Vostochnaya Street.

In 2014, the stadium was used as a base for the national team before the World Cup, and Capello held secret training. 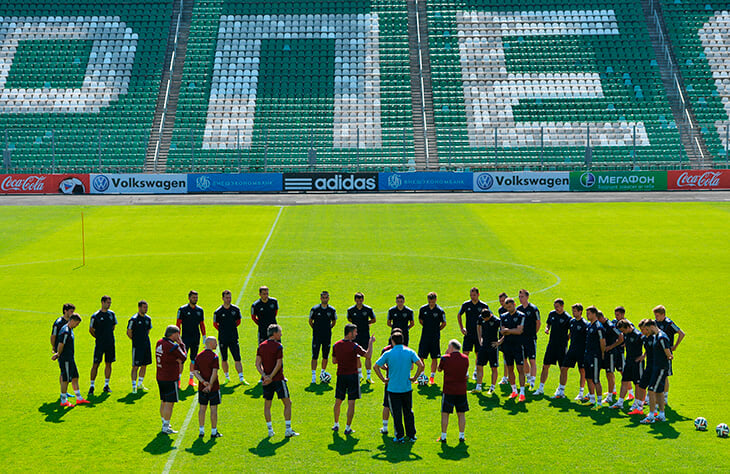 The work started in 2020. Full completion of the renovation is scheduled for 2024, when the club will celebrate its centenary. And this is how the arena will look like: 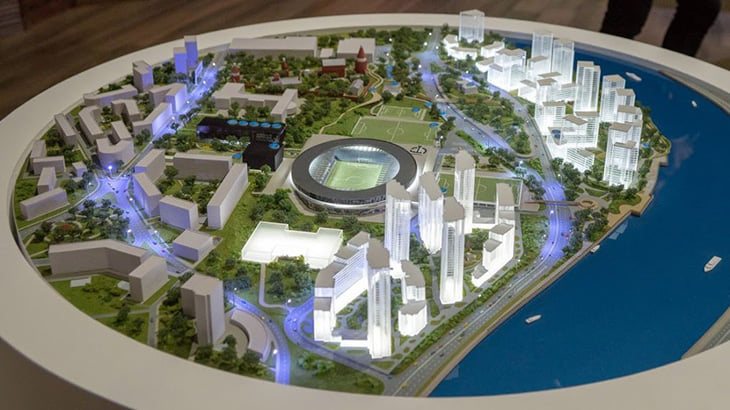 The cost is 6-8 billion rubles. The renovated stadium will accommodate 15,000 spectators; 780 parking spaces will appear on the territory. 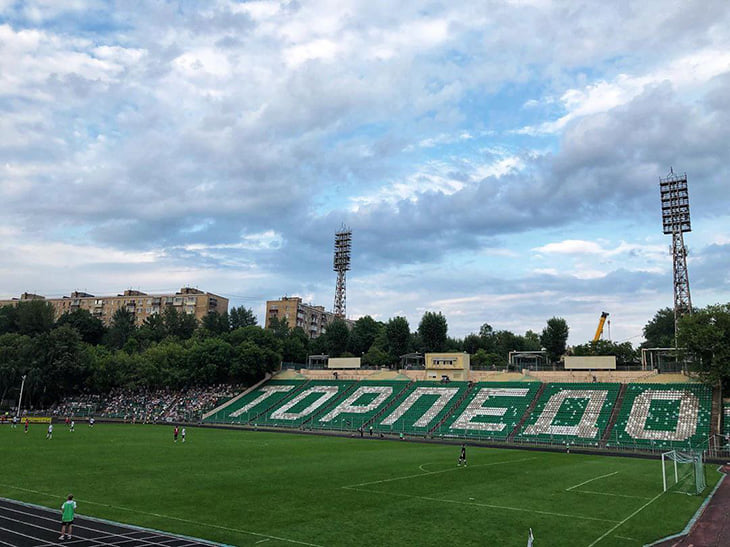 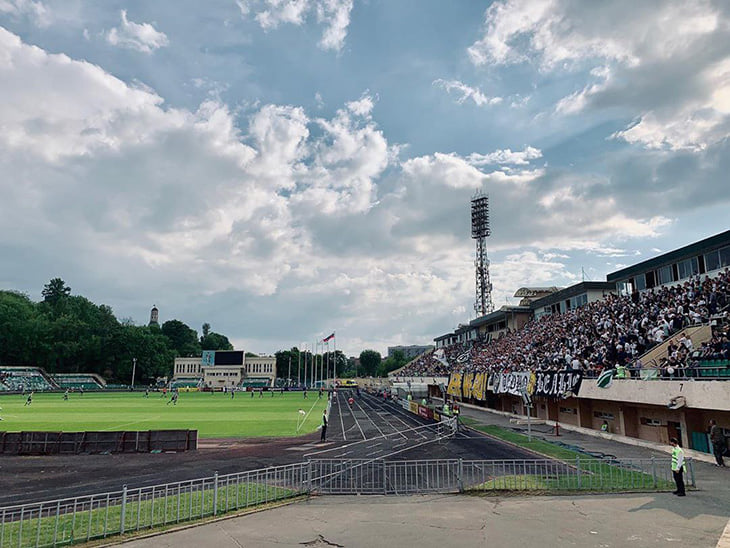 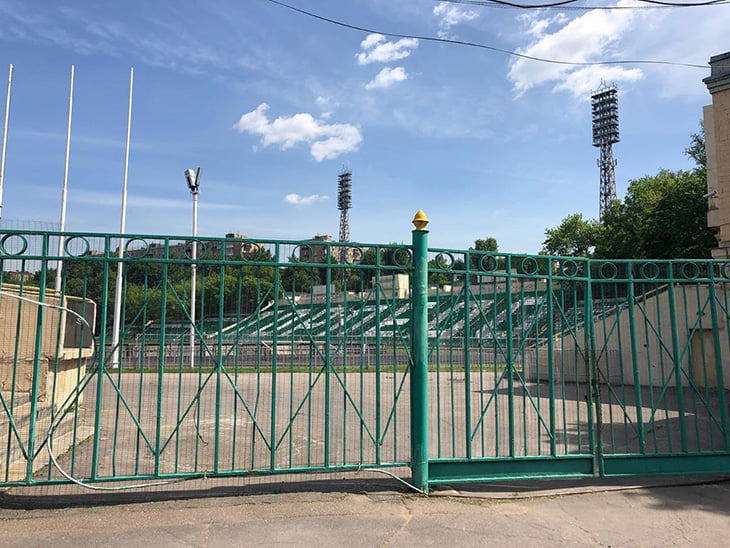 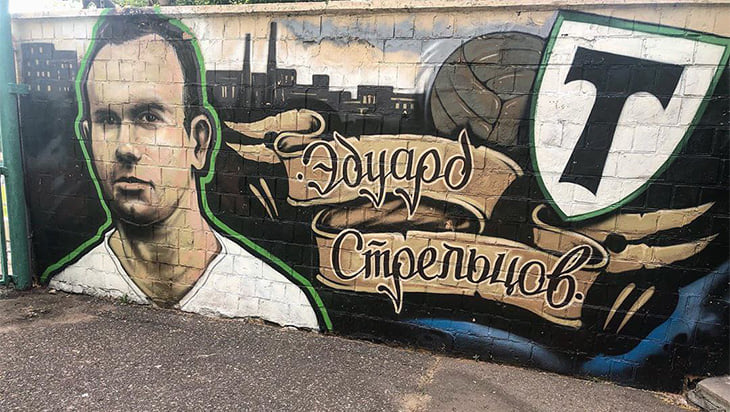 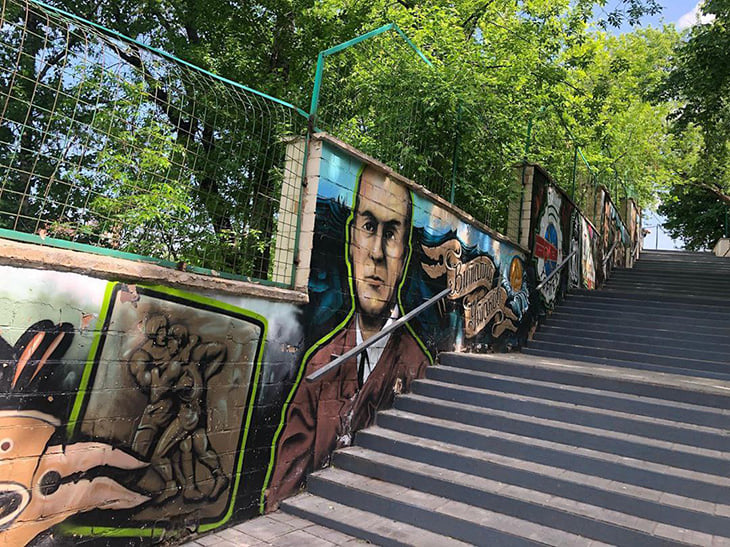 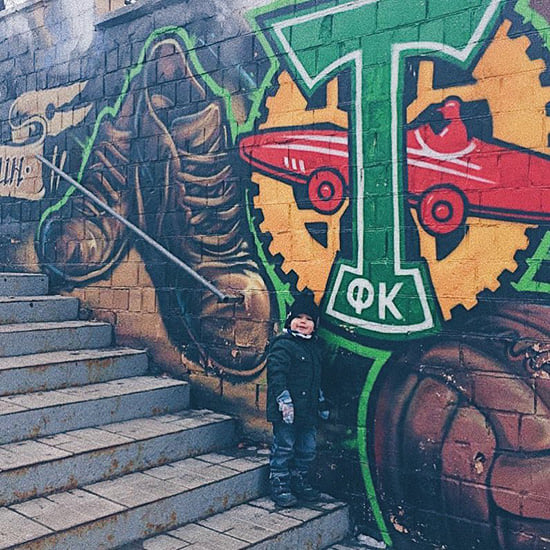 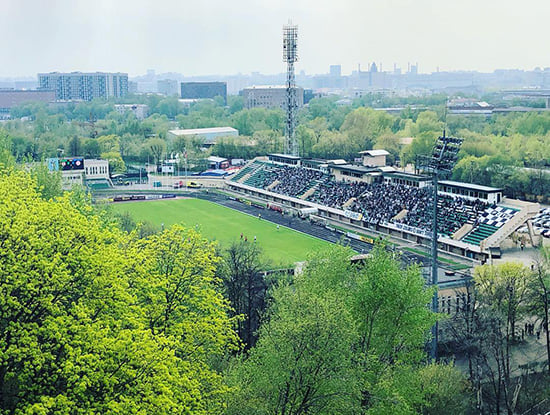 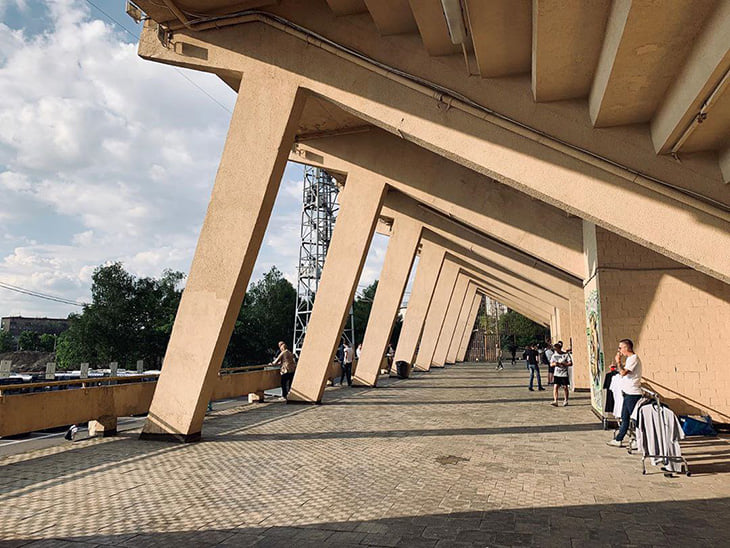 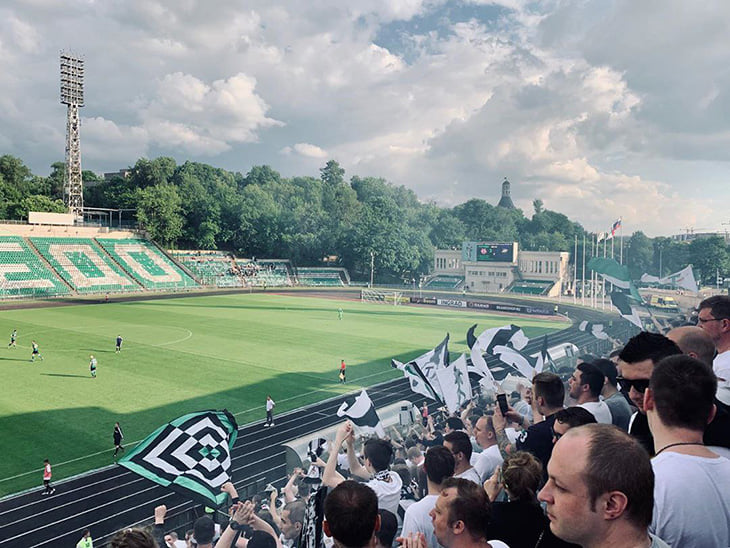 Before Chelsea, Abramovich almost bought Torpedo. Mourinho and Henrik Larsson could have come to the RPL

The Soviet coach who changed football. He invented pressure and was the first in Europe to go 4-4-2

our main task is to develop young Chinese hockey players