“They forgot to ask you, shut up!” Lampard had a row with Liverpool’s bench, continued after the match and disappointed Klopp – Red on the margin – Blogs

Right in front of Trent’s goal.

In the middle of the week, Liverpool and Chelsea put on a show, scoring 8 goals. There were so many sparks and electricity that even the balanced Frank Lampard flared up. It all happened in the 38th minute with the score 1: 0 in favor of Liverpool. Mateo Kovacic commits a foul on Sadio Mane in front of the penalty area and the heat starts on the benches.

Liverpool jumped up and demanded a yellow for the Chelsea midfielder, especially emotionally Klopp’s assistant Pep Linders. Apparently, it was with him that Lampard first took a bite – the Chelsea coach argued that this was not a foul at all.

When passions ran high, Klopp and the reserve referee had to intervene. Jurgen showed his opponent – calm down (in the broadcast it was possible to make out calm down and sit down), which made Frank flushed even more. 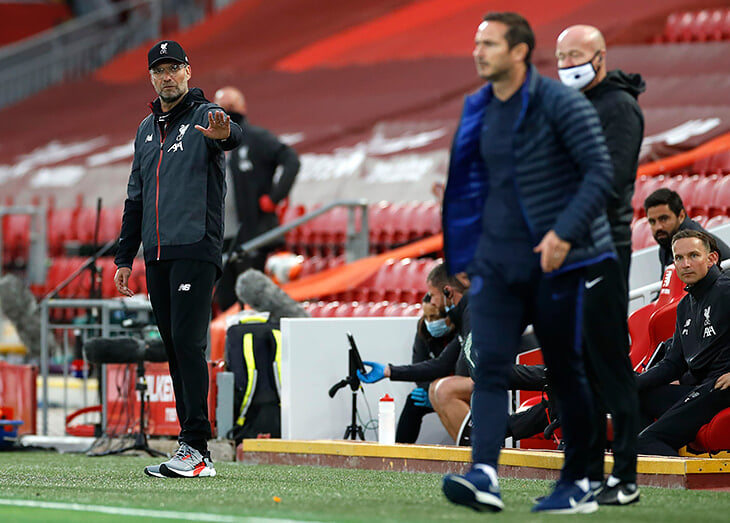 Here are a few of Frank’s phrases that were broadcast. 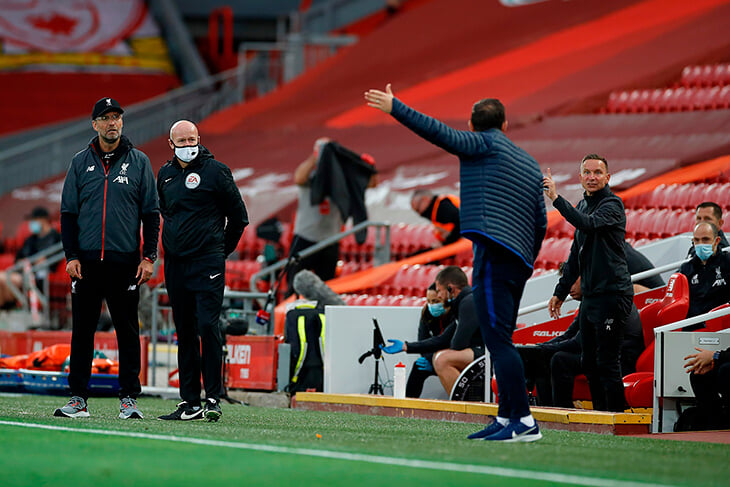 The Chelsea manager was still reassured by the reserve referee. Frank returned to the Liverpool bench and showed: let’s cool off: 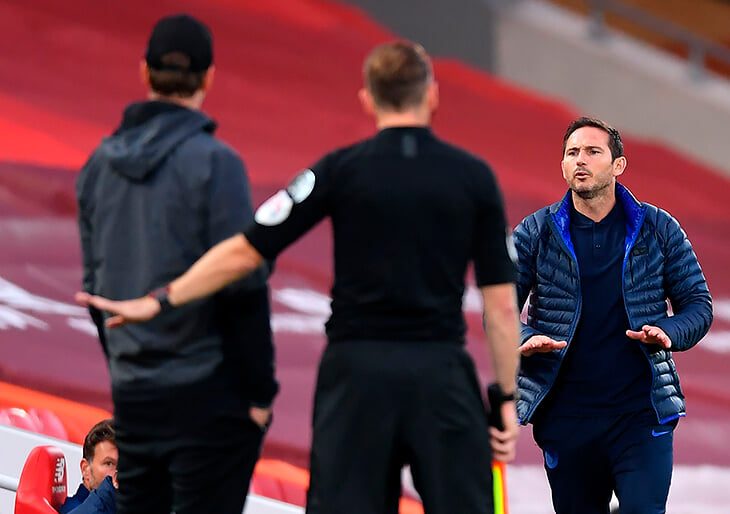 Jurgen gestured to the bench – we are sitting.

Then Trent shot a free kick perfectly, Liverpool took the lead 2-0. Leanders and other members of the coaching staff jumped in to celebrate, but Klopp stopped the celebration. Lampard turned to the Reds’ bench, showed his thumbs up and threw away the bottle he had been drinking from.

Here is Frank’s version: “In my opinion, there was no foul on the part of Kovacic. Much was not in our favor. But I have no problem with Klopp, he manages his team fantastic.

My respect for Liverpool, they won the league, but don’t be arrogant. That was my message, but everything is over. During the match, you can give in to emotions, and that’s what happened. “ 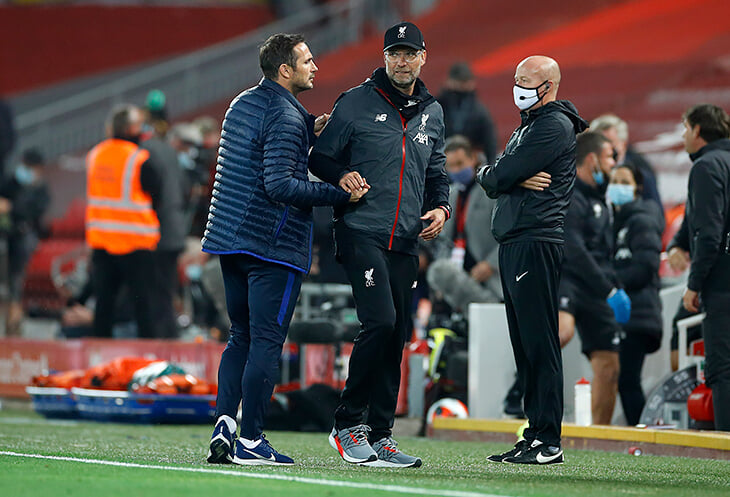 Klopp’s version: “You cannot blame me and my team for something like that, because we are not arrogant. But at the time of an argument, sometimes you want to hurt another person. No problem, just turn the page after the final whistle. Frank didn’t, which I didn’t like.

He was clearly determined to fight, and I really respect that. In such a situation, you can say something that you will regret. I myself have spoken a lot on emotions in the past. But after the end of the match, everything ends for me.

Lampard came here to win a game or score a point to qualify for the Champions League, and I respect his aspirations. But he needs to understand that everything ends with the final whistle. And he continued.

It’s not good to talk like that after the game, Frank has to learn it. He has a lot of time to learn as he is a young coach. “

Lampard again: regrets the words, but still did not like Klopp’s bench

And the third round: Lampard speaks again.

“I am sorry for the words I chose. Do I regret protecting my team? Not. But perhaps I could have done it a little differently. 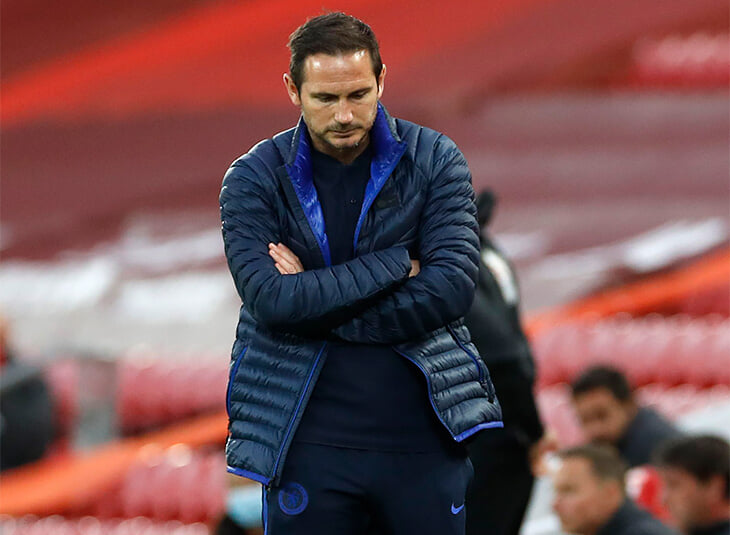 I need to be clear: some publications said that I was upset about the celebration of Liverpool. They can celebrate as they did after the match, after each goal scored. I would have a beer with Klopp after the game to raise a glass to their success.

But I didn’t like the behavior of their bench. Not Jurgen Klopp, but the benches. Too much heat of emotions. “