To save money, Barça is ready to sell Coutinho, Dembele and 10 more players. A vigorous team is recruiting – Storm in a glass – Blogs

Barcelona suffered from the pandemic almost more than other clubs. The club has a huge turnover (in September it predicted 1 billion euros), but due to the quarantine crisis, it lost at least 120 million euros – this was said in May by the vice-president of Barça Jordi Cardoner. The structure of financial losses looks like this: 50 million euros – unsold tickets, 20-25 million euros – the closure of fan shops, 39 million euros – lost income from TV.

Considering that in the same September forecast, Barcelona counted only 11 million euros in profit after taxes, the situation looks catastrophic. With the resumption of football, the financial pressure on the club has eased slightly due to the resumption of shops and broadcasts, but there are still no fans – the stadiums will begin to fill only next season, and even then by 30%.

The easiest way out is to sell the players. In this way, Barça will compensate for the losses, collect the necessary transfers and unload the payroll. Right now, according to calculations Sports.ru chief editor Vlad Voronina, FC Barcelona spends 77% of the total budget on salaries – while the norm for a healthy club is 50%.

According to Marca, Barça is ready to part with 12 players – you can put together a decent team in terms of positions. On the replacement Rafinha Alcantara. 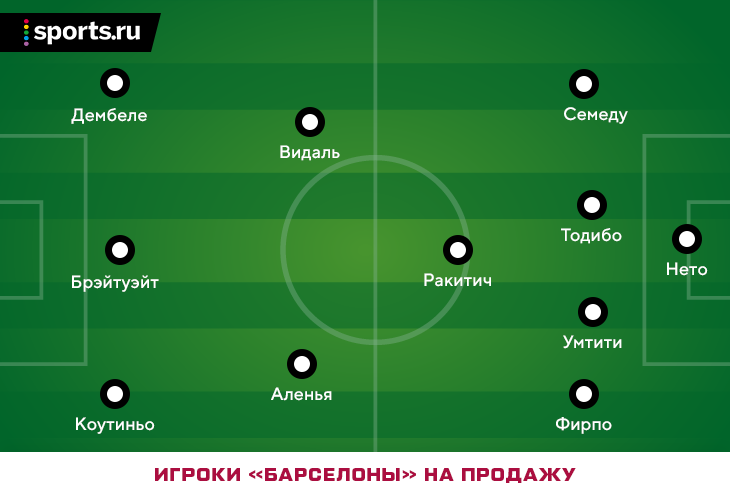 There are many young players on the list, on whom the future of the team can be built: Todibo, Firpo, Alenya can replace age partners in a few years. But Barca cannot wait – that is why they are selling now. You can earn money on perspective and youth.

The club will also get rid of footballers who rarely play but receive impressive salaries. A perfect example is Ivan Rakitic: the midfielder turned 32 in March, he appears less and less at the start, but earns 13 million euros a year (according to AS) – one of the highest salaries in the team.

The hardest part will be getting rid of Dembele and Coutinho – the club will want to recapture at least half of the transfer cost (138 and 145 million euros, respectively), but even 70 million for them is an inadequate price tag. At the same time, Usman wants to stay at Barcelona and turned down Manchester United… It is likely that there will be Not that – Ter Stegen may need knee surgery after the Champions League. Recovery will take three to four months.

Griezmann is not on the exit list – it seems that the Frenchman convinced him of his need after a great match with Villarreal… Or the club believes that it is not profitable to sell Antoine now – because of the pandemic and the crumpled season of the player, Barcelona will not be able to recapture 120 million euros. 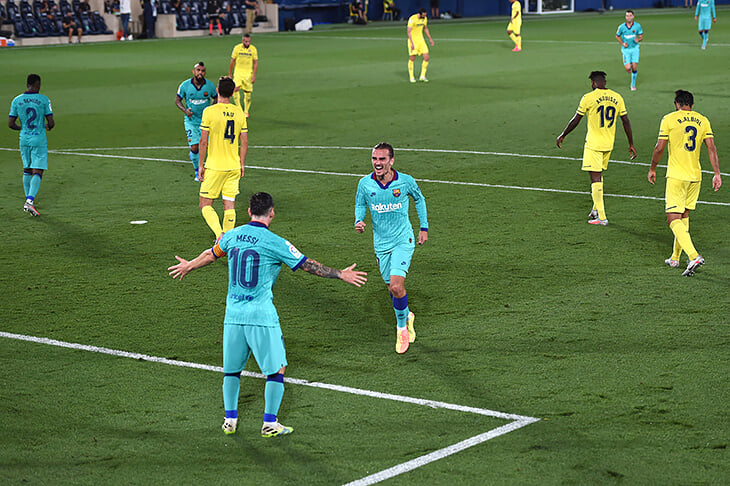 The club hopes for exchanges: Inter offered Vidal and Rakitic with an extra charge for Lautaro

In an ideal world, Barcelona would sell all these players for money. But 12 transfers in one go is almost impossible, especially given the limited budgets of most clubs.

Therefore, Barça is ready to change players and has already offered Inter a scheme: Lautaro Martinez against Vidal and Rakitic with a surcharge. With this money, the Italians can buy Sanchez and Giroud.

The parties have not yet agreed, but the concept itself can be traced very clearly. At the same time, both sides win: Barcelona get rid of unnecessary players and get the desired striker, and Conte gets two midfielders who will strengthen the team.

“Insanely nice. Wonderful “. Dziuba summed up the season after winning the Cup