training camp with the main team is a great chance

Nikita Chibrikov last year took first place with the Russian junior team at the U17 World Challenge Cup. Nikita became the fifth scorer of the tournament, gaining 8 (3 + 5) points in 6 matches. In an interview with the portal AllHockey.Ru the SKA striker told how he started playing hockey, why he decided to stay in Russia and not leave for North America, and much more. 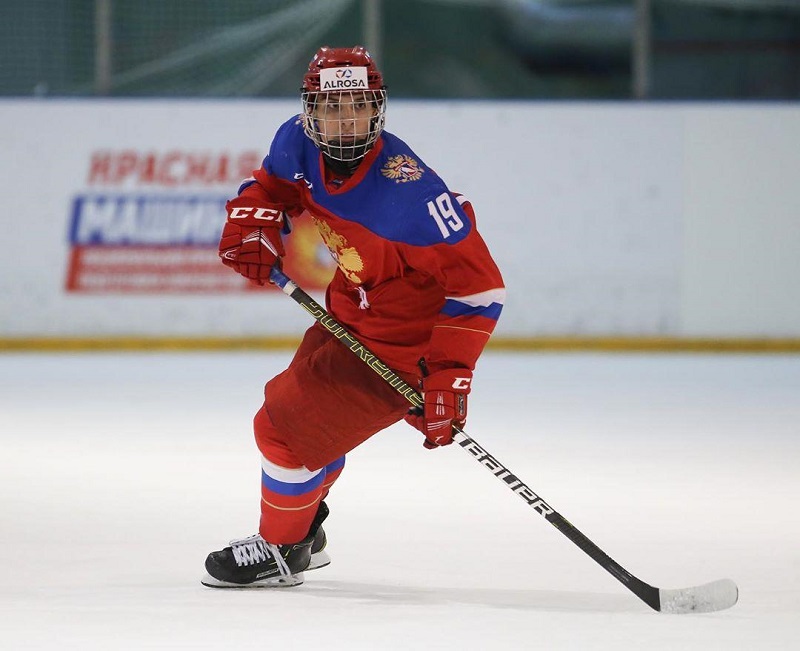 “I think you can achieve great success in SKA”

– Did you manage to see St. Petersburg?

– I arrived about three days before the gathering and all this time, basically, I was looking for an apartment. I have often been to this city and, in principle, I know all the sights. Great city, I like it here.

– Did you rent an apartment yourself or with your parents?

– Parents helped to film, but I will live here alone.

-How do you like the new system? Did you manage to make friends with the players?

-Yes of course. There were many familiar guys, coaches. Great system, best terms you can think of. It remains only to work and develop. I think you can achieve great success in SKA.

– What is the difference between the SKA system and others?

– Yes, even in the development camp. I have never seen young players gather before the training camp so that they roll into the season. Plus, the trainers gave unusual, varied and interesting exercises. I think this development camp will help you get through the pre-season camp much better. The “Hockey City” itself provides many opportunities. That is, at any time you can leave the shooting area. Here I worked separately with a physical training coach.

– Is the fitness coach always ready to train separately?

– Yes. For example, I am leaving now the other day, and I need to keep myself in good shape – I wrote to the physical training coach – he had a training session. No problem.

“Canada and the US have the same trick – they play very actively for the first five minutes.”

– Tell us how you got started in hockey.

– At the age of three, my father put me on skates – I liked it right away. I started playing at CSKA, at first I played in 2001, then in 2002 and only in the third year of my studies a group of peers appeared, and I continued to study with them.

– How did you end up in Dynamo?

– We thought it would be easier to break through there than to CSKA. The “Blue-White” had good coaches. Thanks to Dynamo – they gave a good development. I am very grateful to them.

– Apart from Dynamo, you played for the Russian junior team. Tell us about your experience playing for the national team.

– In general, in my year there was no national team, and I was called in 2002 for the first time. I got a lot of experience there. When I came to the Russian national team of my year of birth, there was less fear associated with great responsibility.

In the Russian national team in 2003, he entered the pace well, he had to prove his place in the national team again – he started with the nominal fifth link, then got to the first or second links.
A lot of experience is given when you play for the national team, as the opponents are not bad – the Finns, Swedes, Czechs. It gives you an understanding of the hockey style of other countries, maybe you even adopt something from them.

– At the World Challenge Cup, you played in a team with Poltapov and Lazutin. Is it easier to go out in the same link with partners with whom you were in the same team?

– In fact, at this level, it doesn’t matter who you play with, plus the guys are all great in the Russian junior team.

– Did you expect gold from yourself at the World Challenge Cup?

– After the first official game, small doubts arose, but the coaches did everything at the maximum level – they gave instructions, supported. Basically, when we won the first match, which was the last in the group stage, we felt the taste of victory. We got together in the playoffs – we understood that there was no chance of a mistake, and after a crushing victory over Canada in the quarter-finals, we realized that we had all the chances for gold medals.

– In the final you played against the US national team. Did you feel the difference in systemic approaches?

-Canada and the USA have the same feature – for the first five minutes they play very actively: they throw the puck into the zone and three players go to the selection. We managed to contain this onslaught, to calm the game. Then they outplayed them in tactics and their game thinking.

They tried to catch up with us in the score, they also tried to turn on the speed, but nothing worked. The USA is a technical team, at a high level, but I did not notice any kind of teamwork at an exorbitant level.

– The coach drew attention to this, that there will be an onslaught in the first five minutes?

– Yes of course. Before each game, we thoroughly analyzed the enemy.

– Is it true that you had thoughts of going to North America?

– I had some agreement with the teams from the CHL when I played at Dynamo. There was a thought to leave, but after an exchange to St. Petersburg and negotiations with the leadership of SKA, he decided to stay in Russia and develop here.

– Why did you manage to convince?

– I am always looking for a team where I could develop, progress and compete, find something new for myself. I was going to go to Canada because I wanted to improve in active play, but SKA also plays modern active hockey. Plus, hockey conditions in St. Petersburg will be better than in North America.

– What were the main difficulties in terms of adaptation to the JHL?

– I think the first games five or six were hard to roll in, since the opponents were 3 years older. Basically, it was necessary to adapt to speed and “physics”, and my game thinking and technique were at a good level – I could beat, run someone around – there were no problems with that.

– Yes, so that when you meet big guys you can stand on your feet. Yes, and he himself must go to power and not be afraid.

– Vice-President of SKA Roman Rotenberg said on the air of Radio Zenit that young players who will prove themselves in the development camp will go to the training camp with the KHL team. Was it motivating or didn’t you think about it?

– So it happens in all teams, who will recommend themselves from among the young – they are given a chance. I understood that I needed to work and develop. They took me to training camp with the KHL club in Novogorsk. This is a great chance.

– What are your goals for the next season?

– Have a good season in SKA-1946, try yourself in the VHL and win the junior world championship.