United are great after quarantine – in top form they entered the top four. Thanks to Brun, Solskjaer and the stability of the squad – England, England – Blogs

Manchester United are the best team in England after the quarantine: they have never lost in the Premier League, only City scored more points (due to an extra match). This is a completely solid and already working machine.

Yes, the campaign has a clear turning point – the arrival of Bruno Fernandes. This is the main plot, but there are more stages of formation. Let’s take a look at how Solskjaer works on each of them.

1. United in the first half of the season are a team with an excellent defensive base. Even before the arrival of Bruno, Solskjaer’s team was in second place in terms of the severity of the admitted moments (only Liverpool was higher). In terms of goals conceded, everything was worse (sixth position), but this was largely due to the weak play of David De Gea.

Such reliability was born from two aspects: counterpressing as a weapon against rapid attacks and organization in positional defense… Let’s analyze the details.

Manchester United’s counterpressing is a consequence of the positional structure that Solskjaer has been working hard on throughout the season. Positional structure is something for which Jurgen Klopp, Pep Guardiola and other modern coaches are often praised. The well-functioning structure gives a harmonious filling of all zones, depending on where the ball is. It helps to effectively advance attacks, respond well to loss with counterpressing, and better attack positionally. 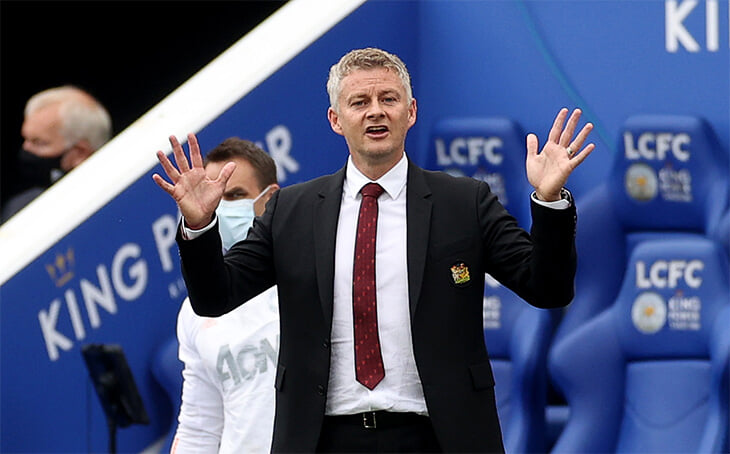 This is an important characteristic of the development path itself. This path requires tactical discipline from players – and does not necessarily suit everyone (some coaches make the most of the stars, creating comfortable conditions for them to improvise, or build a team for one player). Not everyone who chooses the path becomes Liverpool and City, destroying Premier League records. Of the last Manchester United coaches, only Louis Van Gaal chose this direction.

Let’s look at an example of how United’s structure looked in practice. Luke Shaw creates wide left, his wingmate Marcus Rashford moves into the holding area. As Rashford retreated to the left semi-flank, Lingard is shifting further – to the right. On the other side, Aaron One-Bissaka is deeper and closer to the center, therefore Dan James must create the width on this flank in a disciplined manner: 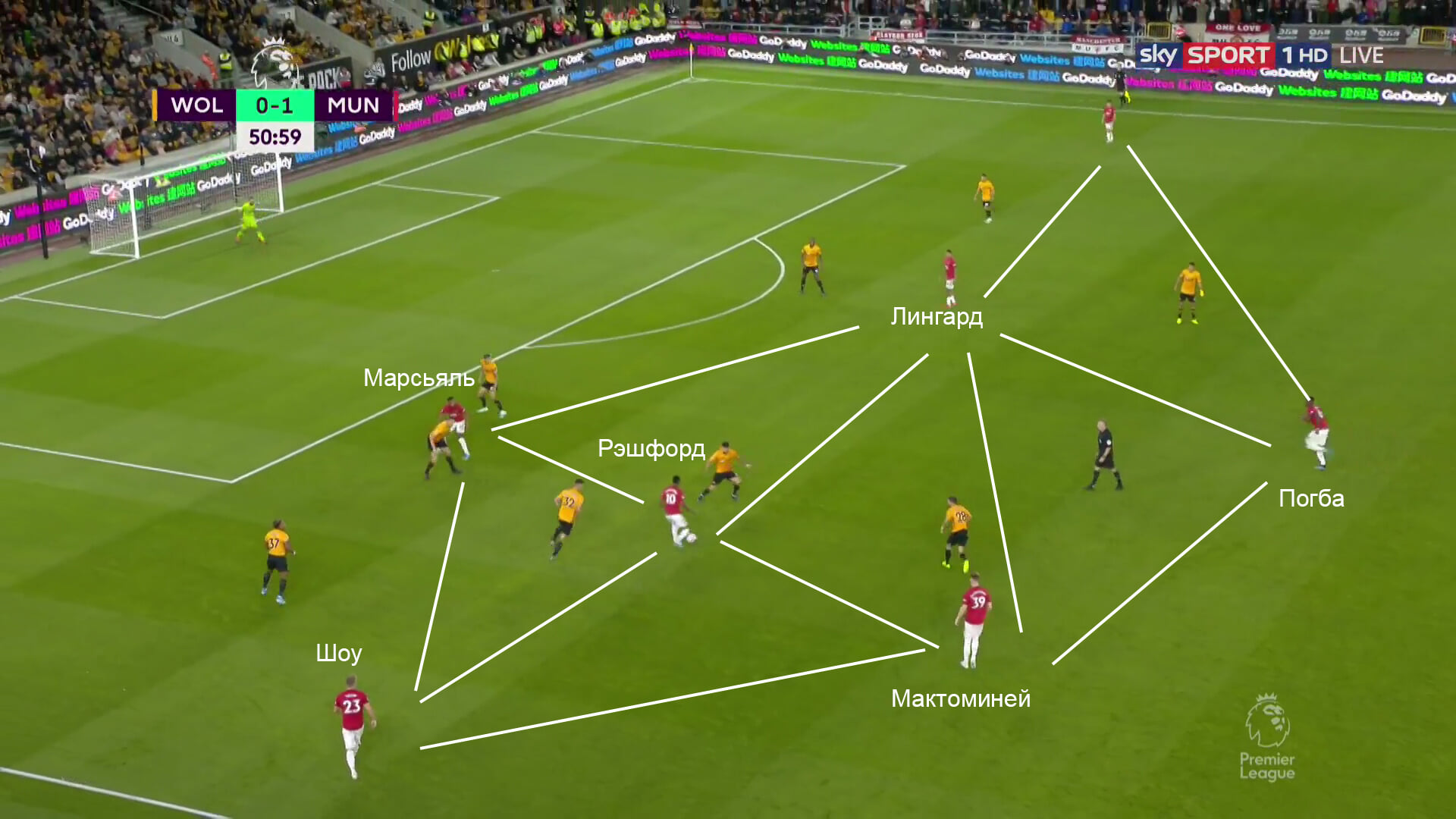 When improvising, such clear distances and principles cannot be traced. Rotations also work within the system. The simplest of them: Shaw was in the semi-flank, which means that Rashford holds the width. The players followed these instructions with discipline.

As a tool for revealing opponents, these principles almost did not work – there were too many injuries to debug mechanisms. Ownership was slow and predictable, there weren’t enough exacerbations. But the presence of a structure without many exacerbations only helped, if necessary, cover immediately after loss. I.e because of such a pattern, “Manchester United” was better at restraining rivals, but he himself did not create much…

The second important aspect of the defensive basis is playing in positional defense. The most important difference here was the discipline of all the players in the central zone. There was no weak link in the person of Paul Pogba. Even a dozen (usually Jesse Lingard or Andreas Pereira) provided a good amount of work.

This helped turn off the center of the opponents – sometimes through personal play. In this scenario, the attacks were directed towards the flanks. After that, the task was reduced either to selection in this zone, or to defense with a canopy. At these simple things, rookies like Wan-Bissaka and Harry Maguire are frighteningly good. 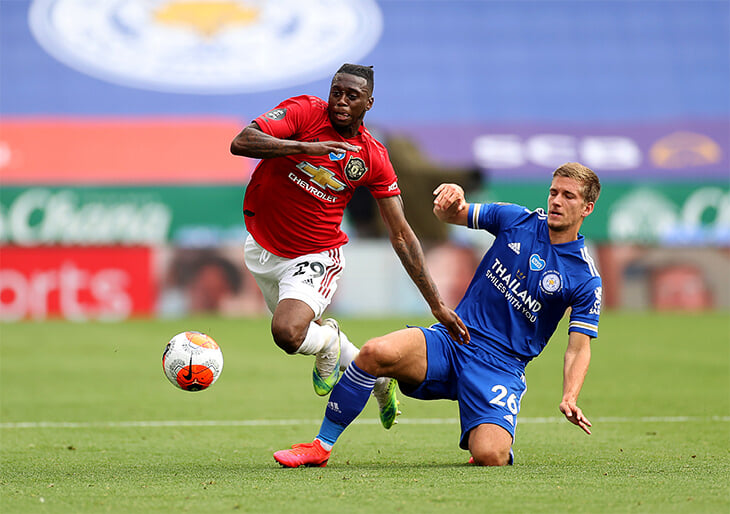 Manchester United’s defensive manner was well complemented by their strong qualities. One-Bissaka is the leader in tackles (3.8 for 90 minutes), and Maguire is the leader in riding duels (4.6 won in 90 minutes and a powerful 71%).

Subtotal: the matches were grassroots in terms of the number of chances. Manchester United were too dependent on the first goal and the disclosure of the opponent. In general, it is beneficial for the top club to open the match in both directions – this is confirmed even by studies on large numbers. But even at this stage of the season, United had an elite quality of defense.

2. The power of the foundation was evident in big matches. Sometimes the described principles worked, which were multiplied by the natural qualities of the players – Marcus Rashford and Anthony Martial are excellent in counterattacks, the defenders are well suited not very high line. Sometimes Solskjaer came up with original techniques for a specific opponent.

For example, personal pressure has become his frequent feature. In such matches, United’s formation was determined by the opposition’s formation – often this meant moving to the top three defenders. But the goal is precisely bold pressure: 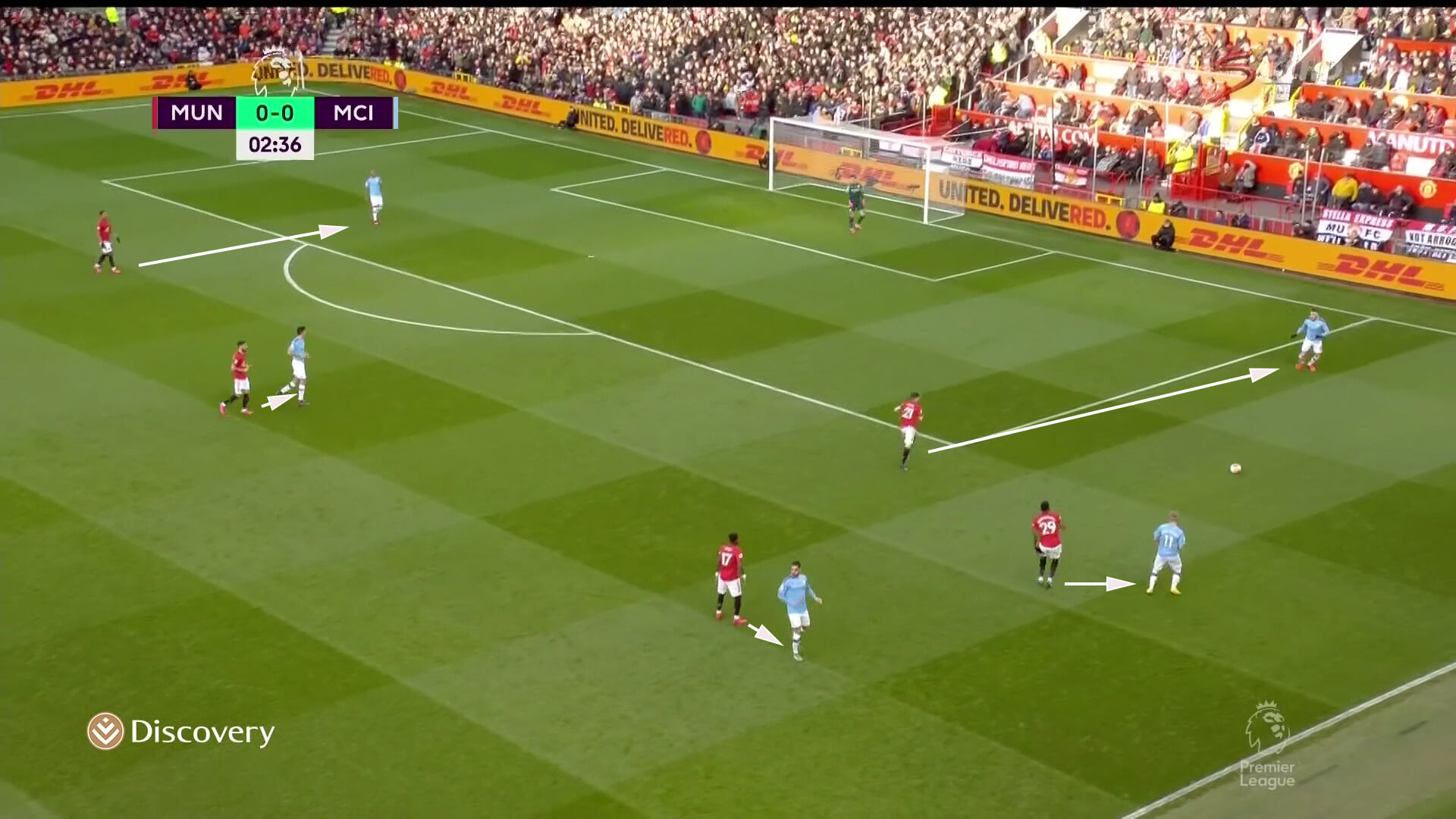 This approach requires a lot of organization and discipline of the players (again, the absence of Pogba helped). For example, this is how Atalanta puts pressure on. Manchester United were not so bright (because Gasperini’s team always plays like this and puts pressure more harmoniously, plus attacks differently), but this is a serious difference from the approach to big matches of the previous Manchester United coaches. Solskjaer’s merit in this is enormous.

3. Bruno changed everything. I wrote about it separate text with examples… The main thought, which has only become more relevant since then: goals + assists – not the main thing in Brunu’s game, he influences the team in all stages – even if it slows down in scoring points, football with him will be much better than without him.

He didn’t slow down – the most powerful 8 + 7 in 14 matches (there is even a feeling that he added due to the cleverly moving Anthony Martial). But its contribution needs to be assessed more broadly. Fernandes promotes the ball, organizes partners on the field, examines the weaknesses of opponents right in the course of matches, abnormally often passes with an aggravation even in non-obvious situations, improves the effectiveness of standards and always scores a penalty. 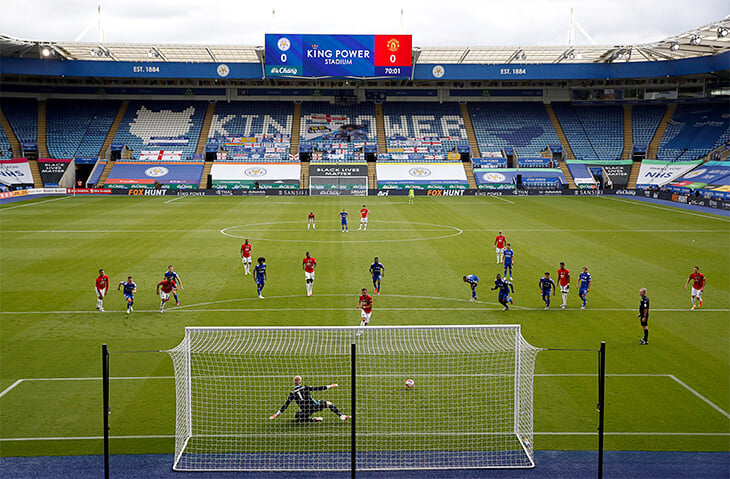 And one more underestimated aspect: there used to be a defensive ten in this place – little creativity, but complete reliability. Fernandes is so hard-working that Manchester United got all his bonus qualities, but did not lose at all during the defense…

4. The next step is to form a permanent line-up for the final segment. At the start of the season, the described structure did not work in the attack, not only because of the qualities of the players, but also because of the dampness. Teamwork and nowhere to take with frequent injuries. After the quarantine, Manchester United did not have several key players at the same time. 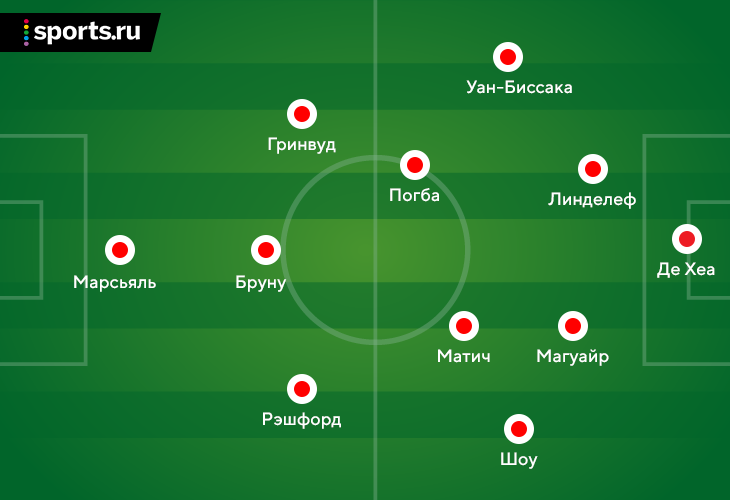 Within this combination, development began. The chemistry between players has improved significantly. Here’s a simple example of creating a third player in the first stage. Here, the three is formed through the position of One-Bissaki: 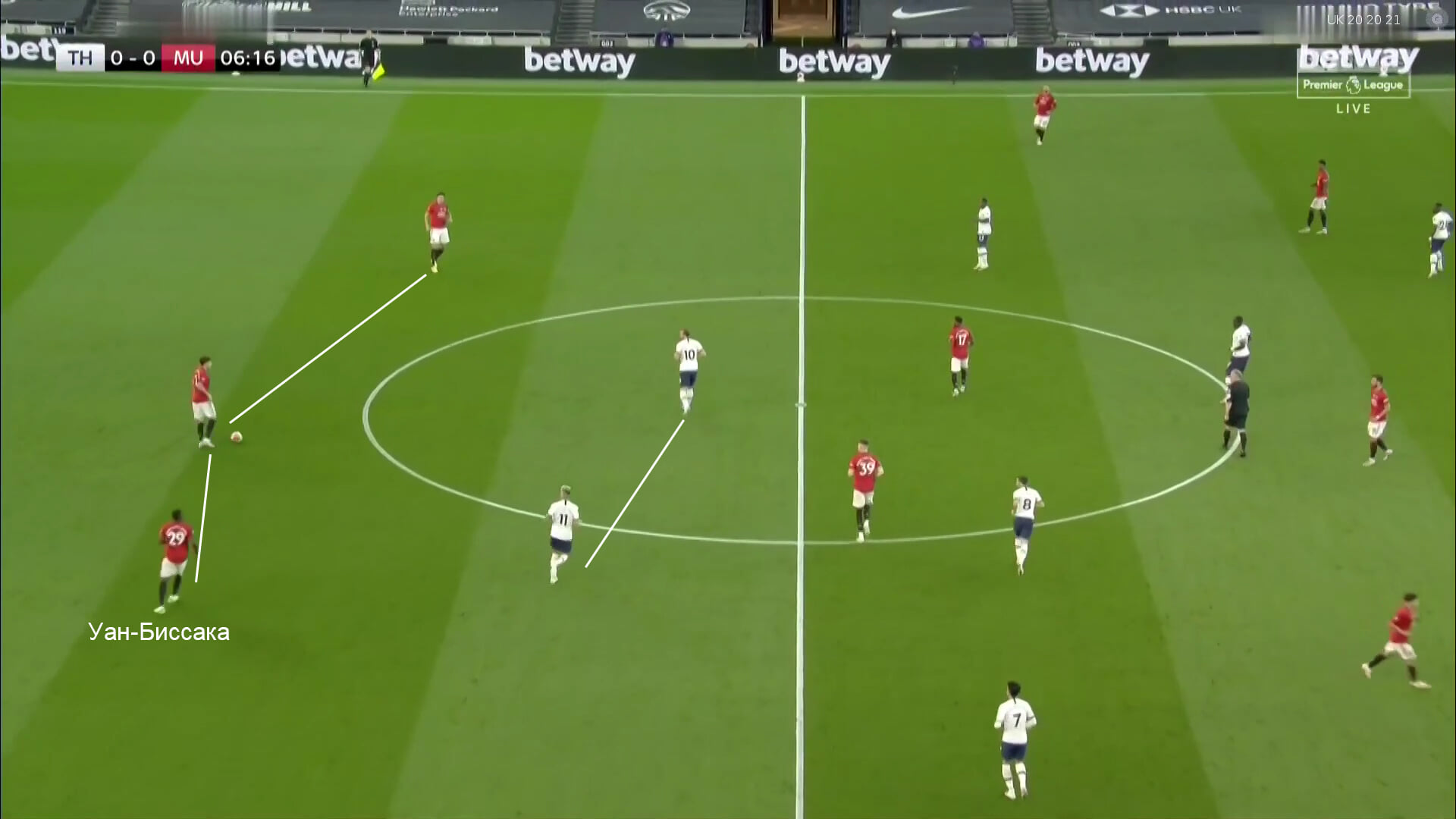 But another option is also in compliance with the structure. Now through Matic: 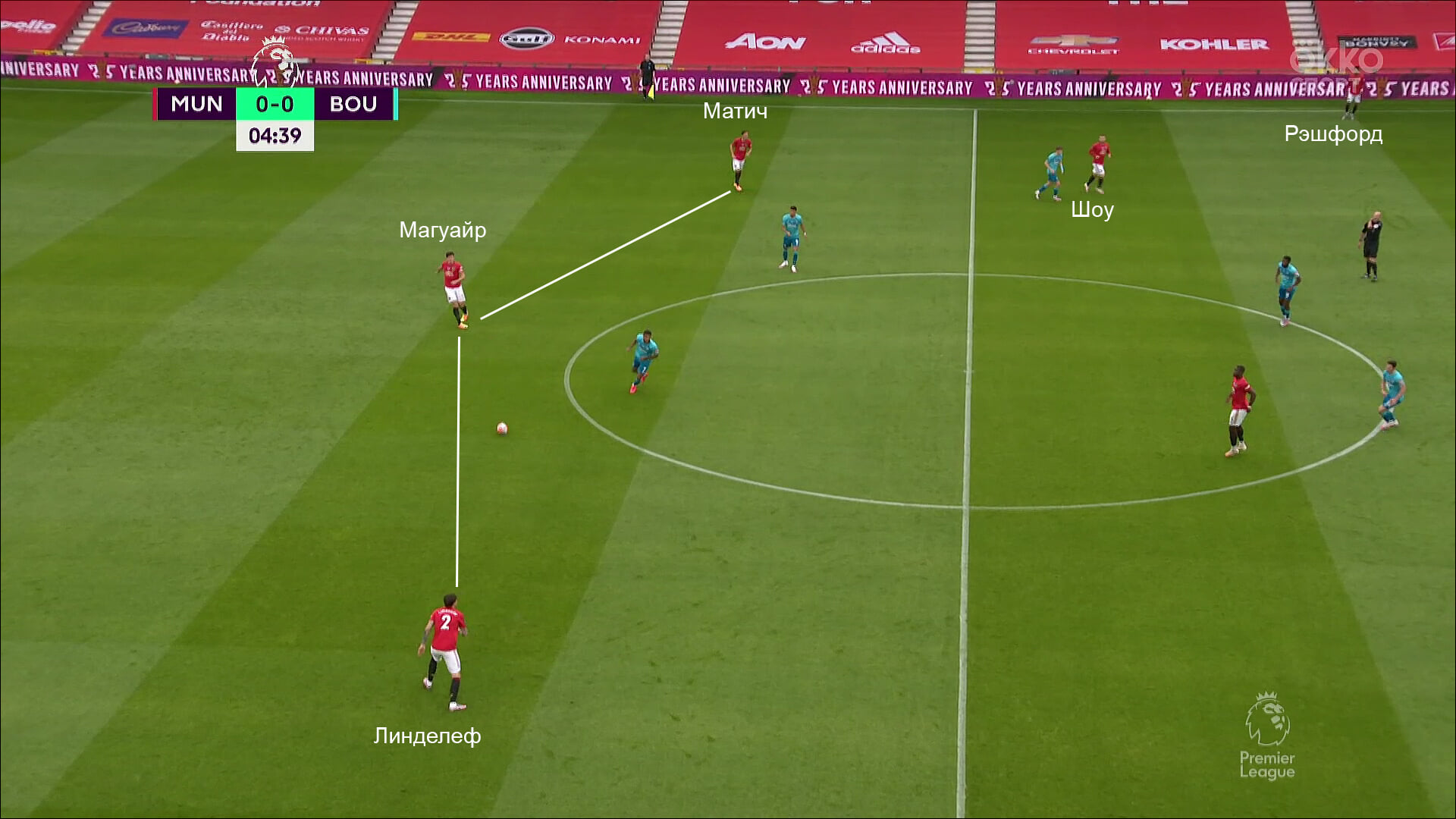 Both times the movement to the line towards the center-backs is complemented by the correct positions of other players. There is filling zones and adherence to the principle of width in the attack. The team spent the whole year trying to adhere to the structure, but now it has become more coherent and reacts faster to every situation. The number of options has increased.

five. Another important aspect of the drums of recent months – the fiery form of Mason Greenwood. He scored 5 goals at 1.29 xG moment severity (+3.71 is the biggest plus in the distance after quarantine) – uniquely good implementation. Greenwood has an excellent two-footed shot, and Solskjaer, even before a successful streak, called him “the best attack finisher I’ve ever seen.”

Goals like these are another way to open up a difficult match. At the same time, Mason was part of the structure, and not an isolated star. Solskjaer adapted everything to suit him.

When James entered this position, he covered the flank – he kept the width of the attack. Greenwood got the right to go to the center for full efficiency and became an additional forward. But in order to maintain the positional structure, width on the flank was needed. This task fell on Wan-Bissaka.

Over the course of the season, he added a lot in attack. Solskjaer noted this: “Watching him last season, I saw an outstanding defender. Working with him, I saw a kid who wants to learn and improve. Now he is ready to join the attack more often, create chances and assist partners – I am very pleased with his progress. ” The role of Wan-Bissaki has changed, the significance has increased – he is one of the hidden heroes of the final segment…

6. The introduction of Pogba for a more open version of the game. Due to the efficiency of the other two footballers in the top three (Matic and Brunu) and the good level of motivation of Paul himself, his integration into the squad did not cause problems. 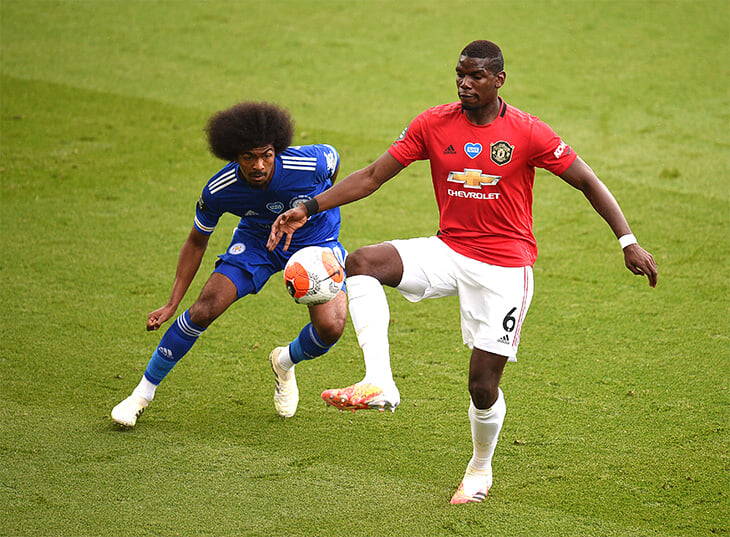 Solskjaer made an important decision to stick with the 4-2-3-1 formation (although many advised him to move to 4-3-3 with Bruno and Pogba on the same lane). Within the framework of this formation, the Frenchman was well insured by Matic – a Serb in excellent shape, and this work of a balancing player is well known to him (he did it best for Cesc Fabregas in Chelsea Mourinho).

Pogba’s level of role as a person who promotes, directs and adds unexpected solutions was never in doubt. United got an additional game mode – especially relevant against underdogs.

Solskjaer has proved that he is a quality modern coach (or rather, even his entire staff – it is known that Michael Carrick’s influence grows in the development of style, and Mike Phelan is good at tactical preparation for specific matches). Personal pressure and positional football are exciting concepts that gradually take root at United…

More importantly, Solskjaer remained faithful to these principles even in difficult situations (and the team followed them, showing their own faith in the coach). With a healthy backbone and genius Bruno, the principles were transformed into quality football. 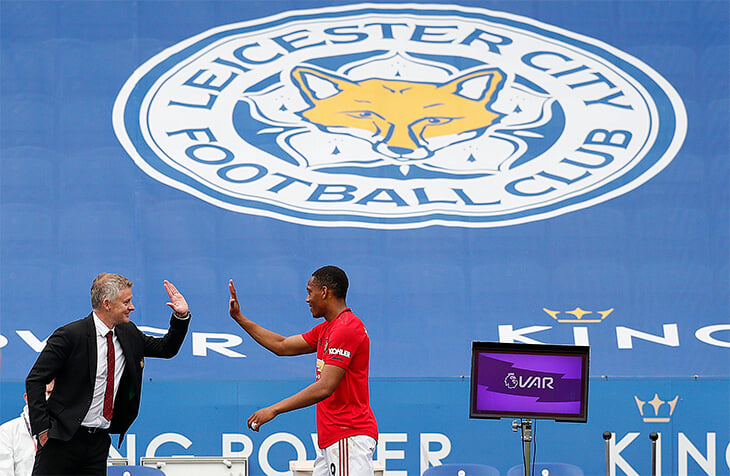 The next step is to keep this level all season.

“I am not a coach of such a level as to be in demand by good European teams.” Slutsky appreciated the period of work in Europe