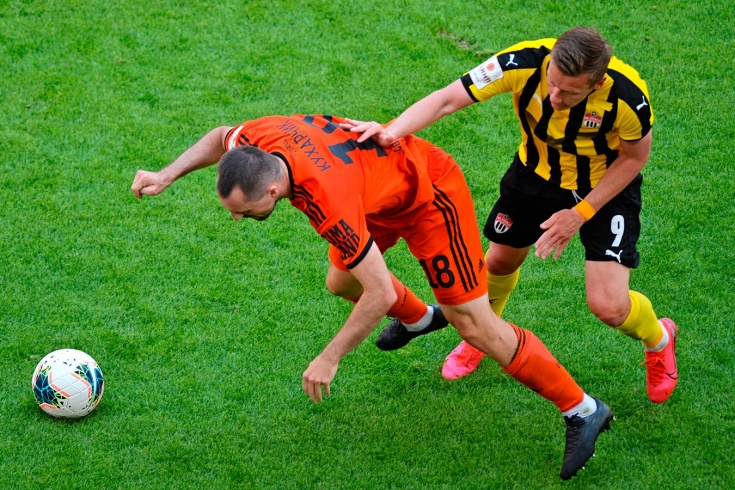 Semi-final match with the participation of the RPL middle peasant and the club that is going to refuse to raise, it would seem, did not promise anything interesting. However, Khimki literally in one half sorted out with Ural and proved that the Cup of Russia, unlike a ticket to the Premier League, they really need.

Khimki destroyed Ural in the first half. In half an hour, the guests scored three times

After the second consecutive defeat in the championship, Dmitry Parfyonov made three changes in the starting lineup of the team. Gerasimov replaced Vilyush, Bavin – Bumal, and Pogrebnyak – Efremov.

Until recently it was difficult to predict whether Khimki would play in the RPL at all. What can we say about the starting lineup of Juran’s team – the Moscow Region club has not played since the beginning of March. Nevertheless, after the quarterfinal match against Torpedo, the head coach limited himself to only two permutations at the start of Khimki. Khomich in the frame was replaced by Lantratov, and instead of Barkov, Dyadyun appeared in the attack.

The meeting in Yekaterinburg began with an unexpected goal from the guests. The Moscow Region club responded to the sterile possession of the Ural’s ball with an excellent standard in the 11th minute. After Polyarus served from a free-kick, Gapon got ahead of his guardian and in the fall hammered the ball with his head into the goal net. Godzyur, who fell on his side, could not help out his team.

Then it became even more fun at the Yekaterinburg Arena. The guests decided not to strongly press against their gates and began to respond to the hosts’ attacks with dangerous counter-attacks. As a result, Alexander Troshechkin got an excellent chance to distinguish himself by the middle of the first half. The midfielder from within the penalty area shot on goal from the air, but missed.

But on the second try, Alexander struck as it should. In the 36th minute, Koryan gently hung on the far post, after which Smirnov made a discount to the center on Troshechkin. The midfielder successfully adjusted to the ball and landed right under the crossbar.

The guests did not stop there. In the next attack, they brought the score to a devastating one. Having run away into the gap Bozhenov made an excellent transfer to the move to Polarus. The midfielder burst into the penalty area and hit a great shot into the far corner – the ball flew into the goal of Godzura with a ricochet from the bar.

It was only after the third conceded goal that Ural finally woke up and organized a really dangerous attack. After Kulakov’s serve, Augustynyak struck from the goalkeeper’s line without resistance, but unfortunately for the local fans, he hit the crossbar. 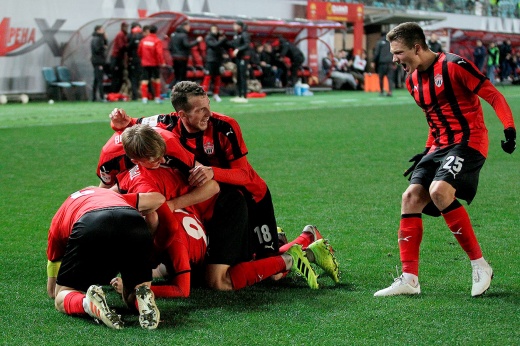 Khimki, are you giving up the RPL? Then disappear and get out!

Ural lasted only one return ball

The break was supposed to benefit the owners. But in the second half, nothing changed on the field

Ural had much more possession of the ball, but could not cope with the tight defense of Khimki. As a rule, the hosts approached someone else’s penalty from the flanks and made harmless serves. Not only did Parfyonov’s team lack thought and creativity in the attack, the Ural players often made technical mistakes – they lost the ball in unobvious situations and gave inaccurate passes.

Boredom at the stadium at the beginning of the second half was dispelled only by Khimki’s rare forays to the goal. The guests took advantage of the huge holes in the hosts’ lineup and at times fled to counterattack through the efforts of the swift-footed Koryan, Polyarus and Dyadyun. 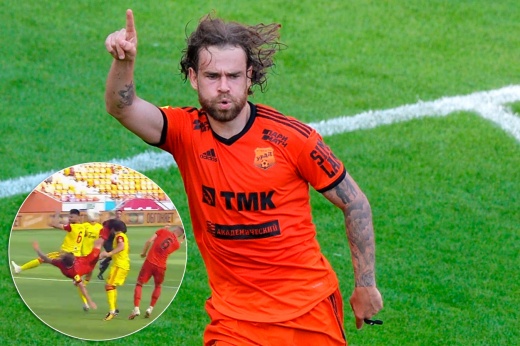 Bikfalvy’s terrific blow in falling over himself. Possibly the best goal of the season!

The Romanian midfielder excelled in the match against Arsenal.

In order to somehow influence the course of the game, Dmitry Parfyonov made two substitutions in the middle of the half. First, he replaced Kuharchik with Efremov, and then released Panyukov instead of Bavin.

These permutations did not affect the quality of Ural’s game, but the hosts managed to win back one goal. Only three minutes after entering the field, Andrey Panyukov scored. In the area of ​​someone else’s penalty, Pogrebnyak fought and made a discount on his partner. Panyukov approached the ball and sent it to the far corner of the goal with one touch.

In the remaining time of the match, Ural not only failed to organize the final pile on Khimki’s goal, but also almost missed the fourth goal – after fleeing to counterattack, Kukharchuk hit the post.

Juran’s team was clearly stronger, absolutely deservedly won and reached the final of the Russian Cup.