By AllHockey.Ru within headings “Our history” talks about how the USSR national team, led by Arkady Chernyshev, immediately won its first world championship. 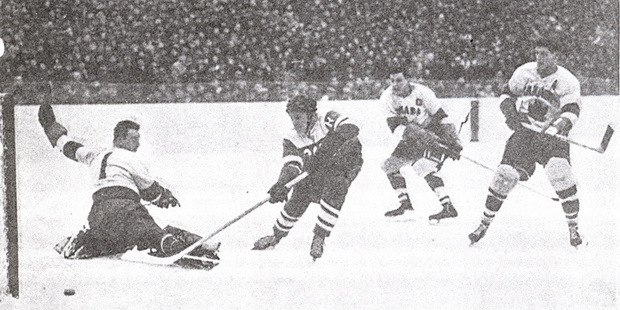 Now, few people know that the Soviet national team was supposed to play for the first time at the world championships back in 1953. In February, our team traveled to Vienna for the first ever Winter Student Youth Games. There was an agreement between her coaching staff and the country’s sports leadership, according to which, in case of victory in the competition, the team would take part in the World Championship, which was held in Zurich, Switzerland that year. The Soviet team fulfilled its obligations by beating all its rivals in the Austrian capital and deservedly taking first place in the tournament. True, Soviet officials soon backtracked, as the legendary Vsevolod Bobrov was injured. They failed to prove to them that the team was quite capable of performing well without him. As a result, only our coaches went to Switzerland, among whom, of course, was Anatoly Vladimirovich Tarasov. So the debut of the Soviet team at the world championships was postponed for a year.

In 1954, the team of the Soviet Union had nothing to stop them from going to the planetary forum, which was held in Stockholm. It was led by Arkady Chernyshev and Vladimir Egorov at that tournament. Among the rivals of the squad, which in two decades the whole world will call the “Red Car”, then were the national teams of Canada, represented by the amateur club “Lyndhurst Motors”, Norway, Finland, Germany, Czechoslovakia, Switzerland and the host country of the championship of Sweden. By that time, our team had accumulated considerable experience of confrontations with the Czechoslovakians, Poles and Swedes. So, it is not necessary to say that Soviet athletes in 1954 first came face to face with teams from other countries. But the USSR national team had never played at such a serious level.

Ours also lagged behind in terms of playing equipment. “The field players wore bicycle helmets with woolen caps underneath,” our legendary goalkeeper Nikolai Puchkov later recalled. “I have completely adapted a boxing helmet for this business. A goalkeeper’s sweatshirt is generally a separate conversation. We did it together with my wife. However, he still didn’t save me from bruises. I had ordinary playing leggings on my hands. ” 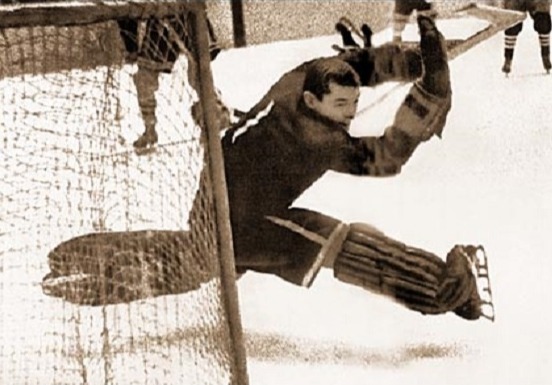 The myth about the invincibility of Canadians has been debunked

In order to adequately perform at the tournament, our coaches had to develop a working and unique game model, which should have come as a surprise to the opponents. The bet was placed on a high-speed game of quick and accurate passing. Doesn’t it look like anything? At the international level, this particular team can be considered the progenitor of the famous Soviet style. The premiere was very successful. The start of our campaign for gold medals took place on February 26, 1954, when Chernyshev’s wards defeated the Finns with a score of 7: 1. The next day, the USSR national team sent seven unanswered goals against the Norwegians.

But the games with further rivals were more difficult. On March 1, Soviet athletes barely broke the resistance of the FRG national team. The numbers 6: 2 on the scoreboard should not deceive you. After forty minutes of the game, our team was leading with a score of 2: 1, and only in the final twenty minutes did it manage to finally take the German defensive lines. The next fight with the Czechoslovakians developed according to a similar scenario. The only difference was that after the second third of the match, the Soviet national team was leading with a score of 3: 2, and in the third game segment, they managed to score two more goals. After that, Soviet hockey players beat Switzerland (4: 2) and drew with the Swedish national team (1: 1), led by the legendary Sven Johansson, who became known throughout the hockey world for his nickname “Tumba”, given to him by the name of his hometown. On the penultimate day of the tournament, Tre Kronur outplayed the Czechoslovakians 4: 2 and thus, with 11 points, caught up with the Soviet team, which was in second place.

The leaders in the table were Canadians, who beat their rivals with a rink, defeating them with a total score of 57: 5. Everyone except the Soviet Union national team. The USSR – Canada match closed the World Cup program, and it also became decisive. Before the game, one of the leaders of the Maple Leaves team promised to “smash the Russians on the hockey field.” Well, everything turned out with accuracy, but vice versa. Chernyshev’s bet on high speed and fast pass did the trick. After the first period, the Soviet team took the lead with a score of 4: 0. Vsevolod Bobrov scored the double, Nikolay Khlystov and Alexey Guryshev also scored on the puck. Viktor Shuvalov, Alfred Kuchevsky and Valentin Kuzin, who are now living, completed the rout of the eminent opponent in the second game segment. The Canadians were able to respond to this with only two goals from Gayland and Shilla, scored in the second and third periods.

So the national team of the Soviet Union, gaining thirteen points, for the first time in its history won the world championship (and with it – and Europe). Considered invincible until that moment, the Canadians remained in second place, while the Swedes won bronze medals. The best sniper of the USSR team was its captain Vsevolod Bobrov. He was also recognized as the best forward of the tournament. The victory of our hockey players at that time was considered a sensation. But the subsequent silver medals of the 1955 World Cup and the victory at the Olympics in Cortina`d Ampezzo confirmed that Soviet athletes entered the elite of world hockey for a long time.

The composition of the USSR national team at the 1954 World Cup:

Manchester United have left Leicester without the Champions League. Heads of clubs cursed in an empty stadium, Maddison almost jerked to a referee on crutches – London Eye – Blogs