Wenger invested in a new tracking system. I tested sensors for boots in my yard, and now goes into details and really develops the business – Sport Connect – Blogs

Such a tracker already exists in Krasnodar.

Everyone is accustomed to seeing funny tops on football players – trackers that collect data on all movements – in the game and in training. But in fact, only coordinate data, information about mileage and jerks, has long been not unique knowledge. They are even considered limited: in any case, the actions with the ball are more important, and it is rarely clear on the movement map without additional clarifications where the player runs simply to the free zone, where – after the opponent who is attacking, and so on.

PlayerMaker is trying to solve this problem – it produces sensors that are attached to the boots. The business was started by Israeli Guy Aron, but another name appears in the headlines next to the brand – Arsene Wenger. The former Arsenal coach joined the already launched project, became one of the main investors and joined the development as an advisor.

Aron said that the idea arose from him while serving in the army: he realized that just an array of data – from time to time there is even a problem, extra information distracts and interferes with making decisions… He tried to combine coordinate data with analytics in rowing and kayaking, and even helped the US team prepare for the 2012 Olympics.

Then, nevertheless, he focused on football and stopped at the fact that the technology of tracking actions itself should not be associated with clothes, but with shoes – also because it is easier to associate movements and touches of the ball. Moreover, PlayerMaker was immediately developed so that they could use it not only at the elite level: for example, they kept in mind that the accuracy of the data must be maintained when playing on the ground and even on asphalt.

Launch at below average price (in comparison with peers), almost invisible tracker on boots, first partners at the professional level (Fulham, Wimbledon and Millwall), a compliment from Wenger and his participation in the project – along this trajectory PlayerMaker skyrocketed to the status of one of the brightest football startups.

The product has been on sale for the third season, it has been additionally adapted into Spanish and Chinese, and has already been sold in 16 countries. This season of the English Premier League, for example, Norwich is using the tracker. Recently, the system was acquired by Atlanta United, the Argentine national team announced about cooperation (they were going to prepare with the help of technology for the 2020 Olympics) – examples are scattered, but the penetration is already wide.

Guy Aron told Sport Connect why a single service for the Premier League club and the amateur team is possible and explained how Wenger is helping the project. He also remembered how Arsen was training with PlayerMaker right in his yard, and the players who participated in this did not even know that they were going to the ex-Arsenal coach.

PlayerMaker’s tracker is about football, not just running. They want top clubs and semi-pros to use the same technology

Globally, our task is to provide the same service that the top 6 Premier League clubs already use, semi-professional clubs and even just amateur teams. There are hardly so many examples when the same service is in demand at all levels. 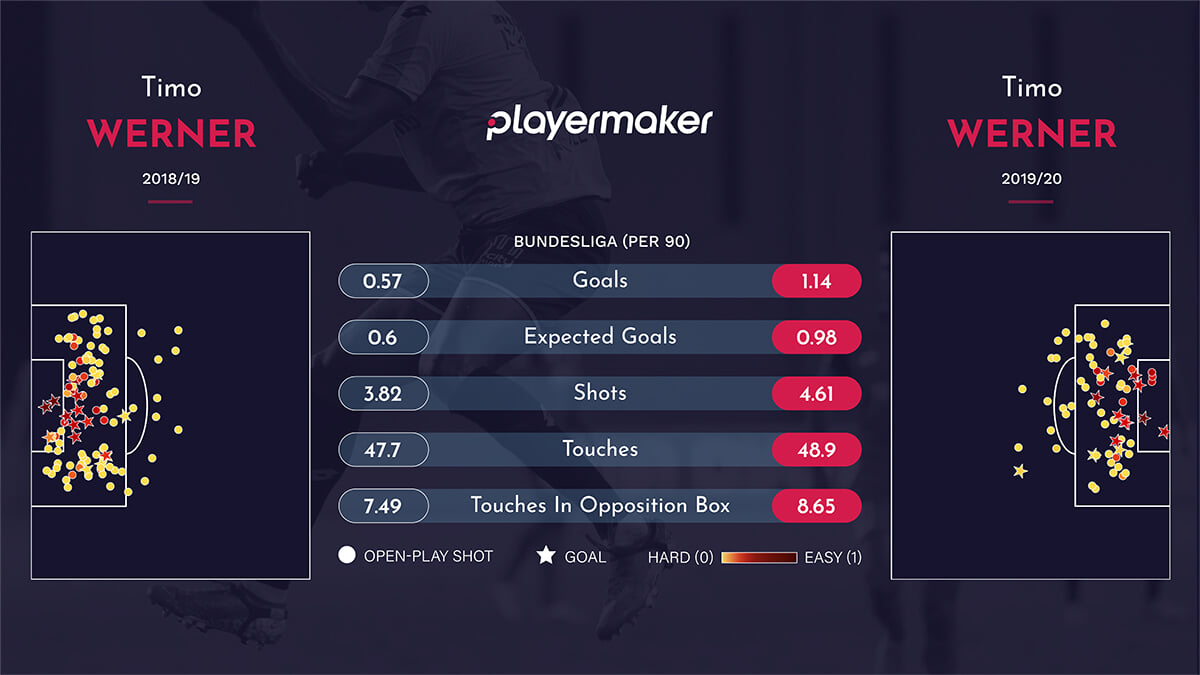 The data should be available, it is important for every coach to analyze the game of his team and suggest what is worth changing – this is true for any league. My dream is to make sure that a cool product can be used by football fans, students of children’s academies, even small ones.

In new markets, our first clients are usually professional clubs – as a rule, the leading ones, because they feel freer financially, can try something new. Then the information gets into other clubs, their competitors come to us. Most often, if we connect a new partner in the offseason, the technology is immediately implemented in the main team. If during the season, it happens that testing starts on the U23 team or in the youth league. But, as a rule, cooperation then expands, and we cover the entire club vertical – it doesn’t really matter where we started (by the way, PlayerMaker is definitely used in Krasnodar – Sport Connect).

The product itself is significantly different from what it was when it was launched, because we are very attentive to partners. We literally provoke users’ feedback and use their ideas as a basis for updates. That is, the essence is the same, but the appearance, ease of use, levels of data depth – we all adapted in accordance with the reviews. And usually, if we are not talking about complex internal changes, we can update the details in just a couple of weeks.

Artificial intelligence studies all the collected data, looking for patterns – the trainer can use this both as a basis for conclusions and as confirmation of his views. After all, if you don’t just express a thought, but confirm it with numbers, it is easier to convey the essence to the players. There is less chance of hearing that a player does not believe the coach, communication becomes more transparent.

It is also important that standard GPS tracking is more about running than about football. Because moving around the field in isolation from what is happening with the ball is not so significant. AND since we link the movement and contacts with the ball, it is in PlayerMaker that you can get all the necessary data at once in a single system…

We intend to use all the funds that we received in the last round of investments for sales and marketing. PlayerMaker is already growing very fast and it is important for us to maintain this pace. In parallel, we are preparing a product for other sports, we plan to share the details later during the year.

Wenger immediately got the idea, quickly figured out the program and checked everything in training right in his backyard – the players did not even know that they were going to Arsen

I have heard that Arsene Wenger’s participation in the project is most important in terms of PR, the number of publications in the media and, in general, the connection of his name with PlayerMaker for recognition. This is not true.

Firstly, even before Arsene appeared, we were quite famous, we signed the first clients – and these were very famous English clubs.

Second, what really matters most is Wenger’s views, his experience and understanding of football. After all, we cooperate with Arsen not just with a project ambassador who participates in advertising activations, but as a top-level specialist who helps us to better understand what the football club, coaches and analysts need right now. 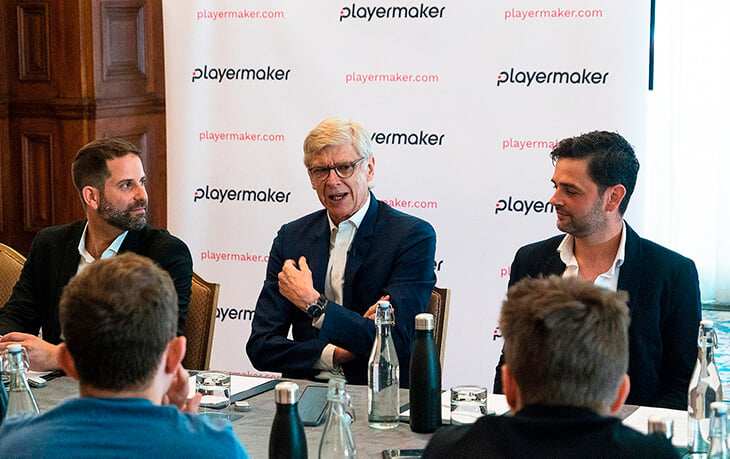 Wenger is deeply immersed in the process, he knows all the details about the PlayerMaker service and therefore guides us pointwise – he tells us which details are not enough for coaches now, which should be in the foreground, and which – in the detailed reports. The way Arsen understands football allows us to be confident in our capabilities, not to be shy and emphasize the benefits. If it only sounded on behalf of Guy Aron, there would be less trust in us – because who am I to the football world? And when we are guided by Arsene Wenger, everything is different.

Getting to know Arsen and how quickly he appreciated PlayerMaker, how quickly he wanted to develop the project is a fairy tale for us. He immediately realized that we were doing something unique, so he very carefully found out all the details. Several times we met in a relaxed atmosphere at his house to sort things out.

Wenger is a very authoritative figure, but at the same time, in personal communication, he is very modest, courteous, polite. He always makes sure that the interlocutor is comfortable. His authority is felt, but not crushing. At first I managed to get his attention for a few minutes during one of the events, Arsen became interested in the idea, and then we discussed the subtleties.

The most curious episode is when Wenger wanted to see for himself how the system works.… We turned to one of the clubs we already worked with at that time – Wimbledon. They took four players, put them in a minibus and drove them, without saying where exactly. And Arsen offered to test everything right in the backyard of his house. 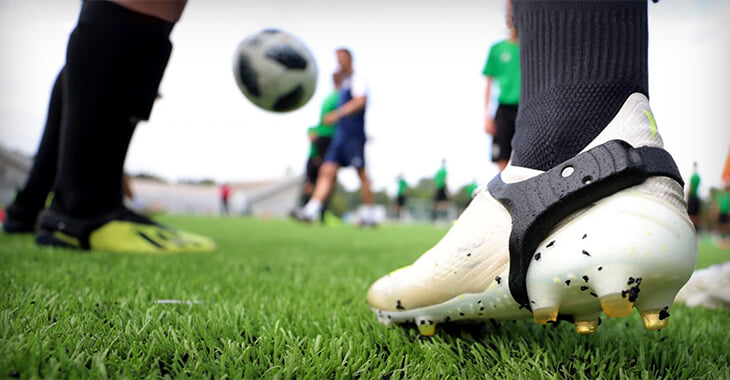 And so we bring these guys, they get off the bus and see Arsene Wenger. And Arsen gives them an hour’s training! To personally see how PlayerMaker works. I don’t remember what exercises he gave, but it’s definitely not spontaneous, Wenger was preparing a plan for this training – it was important to test different types of loads and compare the visual impression of an experienced coach with what the system shows.

It was at that moment that Wenger became convinced that the service was very easy to use. When the system was in his hands, Arsen understood everything in just a few minutes… Therefore, then at the presentations, he himself demonstrated how everything works – because he really knows.

Now Wenger is aware of all the key steps that we are taking, he is constantly in touch, shares his thoughts and new ideas. Of course, Arsen cannot devote all his time to PlayerMaker, because he is busy with other important projects. By the way, knowing Wenger personally, I can confirm that the football world is very lucky that it is he who is involved in the development of the game as a whole, prepares proposals for changes in the rules and shares his vision of how football should evolve.

The 47-year-old Egyptian goalkeeper has retired. He performed at the 2018 World Cup