What threatens Russia with the European transfer agreement with the NHL

We are dealing with the statement of a Soviet emigrant who has been working in America for many years. 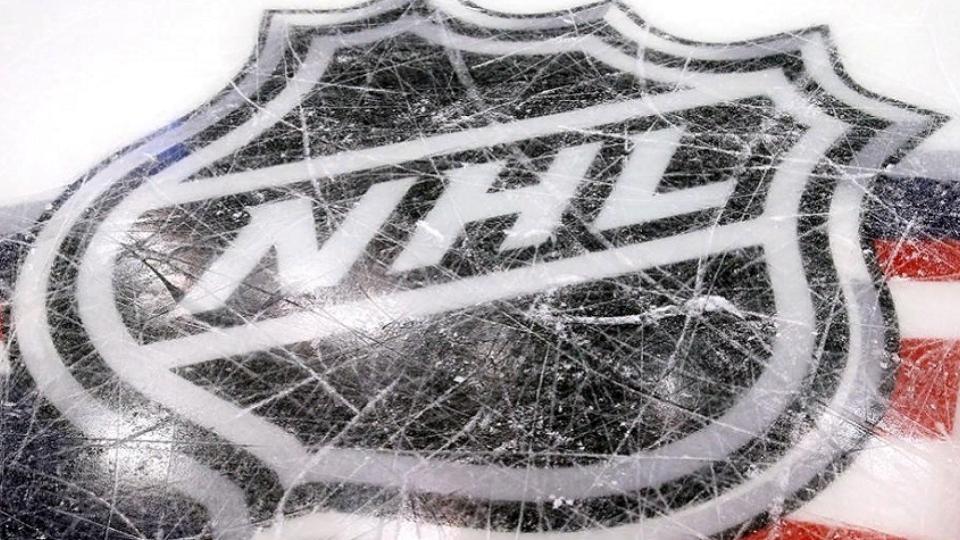 In the discussion of the topic of new amendments of the Ministry of Sports and the problem of the departure of Russian players overseas – a new unexpected turn. A publication promoting a departure compensation treaty favorable to America, appeared on the Match TV website, and the position itself turned out to be voiced mouth Igor Kuperman…

The emigrant of the Soviet wave has been living overseas for over 30 years and is a well-known hockey functionary who at various times managed to work both in the top management of the KHL and in the headquarters of the Russian national team. It is indicative that until July 2020, Kuperman formed himself an image of an expert-centrist. For many years he relied on common sense in his assessments and tried to be objective.

That is why Kuperman’s current speech is dangerous – a specialist whose advice from habit is perceived by the hockey public as balanced and timely, made a sharp drift and began to defend the interests of the “New York Regional Committee”. His proposal is simple: Russia, like other European countries, should receive compensation for the departure of its players to the NHL. At the moment, it is 240 thousand dollars for each player. Once it was in our country, but back in the early 2000s our clubs refused it. Cooperman says hockey Russia has lost $ 35 million over the years. I will show that the specter of a travel-to-America compensation treaty, pulled out of oblivion, is a bomb that undermines the fundamental interests of our hockey system.

Summer 2020 is a time when the position of hockey Russia in the field of competition with the NHL has sharply strengthened. The Overseas League in its current form is going through difficult times. The coronavirus has reconfigured mechanisms like escrow to work in a self-liquidation mode, the best hockey players in the world face a significant reduction in their usual income. Against this background, the attractiveness of performances in Russia is growing even with an artificially overvalued dollar against the ruble.

Right now we have the opportunity to pull out the full-fledged Russian team from overseas. At least 25 good domestic hockey players would currently be preparing for their clubs’ training camp at home, if not for the restrictions in the form of a salary ceiling in the KHL. But if you worry about the benefits of the NHL, then now the overseas league needs compensation agreements like air. Russia is the last corner of the planet, which does not allow North Americans to scoop up human resources in the desired amount and at any time. And they really need such an opportunity. Battman & Co. is probably keeping in mind the threat of a massive strike – when the stars, who have already made a living, refuse to play for the conventional $ 1,000 a month and choose not to play at all. And in the course of the season there will be a vital need to pull out a couple of hundred good newcomers from somewhere. Where, if not from the KHL?

How to ensure such a massive exodus? This is generally unrealistic without a compensation agreement. After all, the draft of such an agreement provides that the NHL can take a player from the “partner” league at any time. Someone wants leading clubs like CSKA, Ak Bars, SKA, Avangard, Dynamo, etc. the whole season went under the threat of leaving the first two fives at the same time? So whose interests are the experts who are calling for the signing of the agreement right now?

With all due respect to Kuperman, his financial arguments are a substitution of concepts and logical cheating. He holds out the idea that $ 250,000 is better than zero. In theory, it is – if you are given 250 thousand and nothing is required in return. Or if 250 thousand are paid for each goal of a Russian hockey player who left for the NHL.

But after all, North Americans dream of signing a compensation agreement only because it is beneficial to them. Who in their right mind can agree that for the price of 10-15 three-room apartments in Moscow, the Americans take out of Russia all the players who are capable of winning on the international arena? 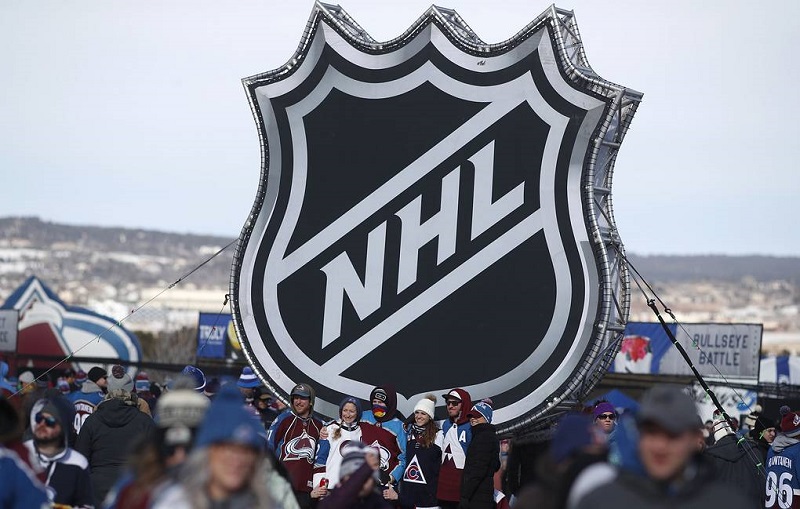 This is how NHL double standards work. As in the joke about an accountant who, when asked “how much is twice two,” asks – “are we buying or selling?” When North Americans buy players, they are willing to pay 250,000 for them. And when these same players become the property of their league – be it there, any sneeze is estimated in tens of millions. You will ask how much the insurance of one NHL player costs for a one-time visit to the national team at the World Cup (for the best, it is the same hundreds of thousands of dollars, but not once, but every year).

And how the NHL breaks down before each Winter Olympics. You unfasten us for insurance, and a share from TV rights, and other commercial deductions. Huge billions are coming. “What do you want, our championship is business.” So, how to lure stars to North America – are they going for a dream? And how to let go to the White Games – it’s just business. However, if you think about it, the Olympics are the same dream, and not for juniors, but for the strongest active hockey players in the world. Ask Crosby or Ovechkin, without whom the modern NHL would never exist! Then let them go for a dream for free.
And if you want to reduce everything to a business, then pay for the purchase of a human asset at a business price. Give the real price of these brand players for the departure of Malkin, Kaprizov and the rest. And wait 10-15 years for billions of dollars in investments to pay off in your favorite business championship.

The NHL will never give up its colonial policy – in order to receive huge values ​​for free, through robbery and deception, and then sell them at the highest price. In the football world, no one is outraged by the departure of our athletes to the European championships – because they are bought out with huge transfer compensations. And the NHL was created from the very beginning as a colonizing league. No wonder its clubs are strictly prohibited from negotiating directly with teams from other leagues. So that the thought of just compensation for the star does not arise, so that a precedent does not happen that destroys this entire system of interaction.

And let Cooperman sneer as much as he likes with such remarks as: “If I understand correctly, it is easier to give away a player for free than to talk about getting something significant.” The point is that the NHL does not offer us anything significant, tempting or valuable in exchange for players. And never will offer!

He will not offer it, if only because the special conditions for Russia will instantly kill the entire system, under which hockey Europe voluntarily fell into the position of an NHL cadre appendage. As soon as the stars pay the conditional 20-30 million for the departure of the Russians, the Swedes and Finns will want the same. The Czechs will burst with envy for their big Slavic brother and break at least ten. The British, Germans and Latvians will be afraid to twist America’s hands – but how much will the business named after Battman make money on the monetization of “masters” from these countries?
Therefore, the expert’s opinion that it is necessary to sit down at the negotiating table and twist the hands of the NHL looks controversial. You can and should defend your interests. But what is the point if the Americans are not ready in advance to agree to any conditions that somehow limit their predatory approach? Attempts to raise the amount of compensation in the departure agreement are doomed to failure in advance. Is it worth the time?

In Russia, the state invests in the development of hockey more than in any other European country. The same Scandinavians study in children’s schools at the expense of their parents (either directly or indirectly, when schools are financed by high taxes from the population). And we have enormous one-time expenses (infrastructure, palaces), and constant load on schools, boarding schools and academies.

The amendments of the Ministry of Sports on compensation for departure are still crude, the mechanism of their implementation is not very clear. But the good news is that attempts are being made to protect the interests of sports Russia, to reduce the outflow of athletes abroad.

And as soon as work in this direction has begun, we hear such an interesting proposal. “Let’s give the NHL the right to take any player at any time and get a couple of million dollars a year.” By the way, the memorandum of mutual respect for contracts between the KHL and the NHL is still in force. It is precisely such memoranda that should be based on in the negotiations. We have already completed the first contour of the system of relations, which is beneficial for Russia. In which the principles of our hockey independence, strength and status are laid.

Who exactly wants to break such a system in their own interests is quite obvious. And these attempts are sewn with white thread. And we will continue to defend our point of view. And if we criticize the amendments of the Ministry of Sports, then only for insufficient rigidity and unfinished instrumentation.

“I want to fight either for the title or with famous fighters” “All about MMA, mixed martial arts, mixfight, ultimate fights – bloodandsweat.ru

“Meeting of the Year”. Sotnikova showed a photo with Lokomotiv footballer Barinov