Who scores the winning goals in the Russian championship most often: Azmun, Dziuba and others

We often hear the expression “winning goal”, but how many of these goals scored by footballers per season is a question. It’s time to tell about the players whose goals bring victory to the teams. Our partners from Transfermarkt.ru will help us with statistics. 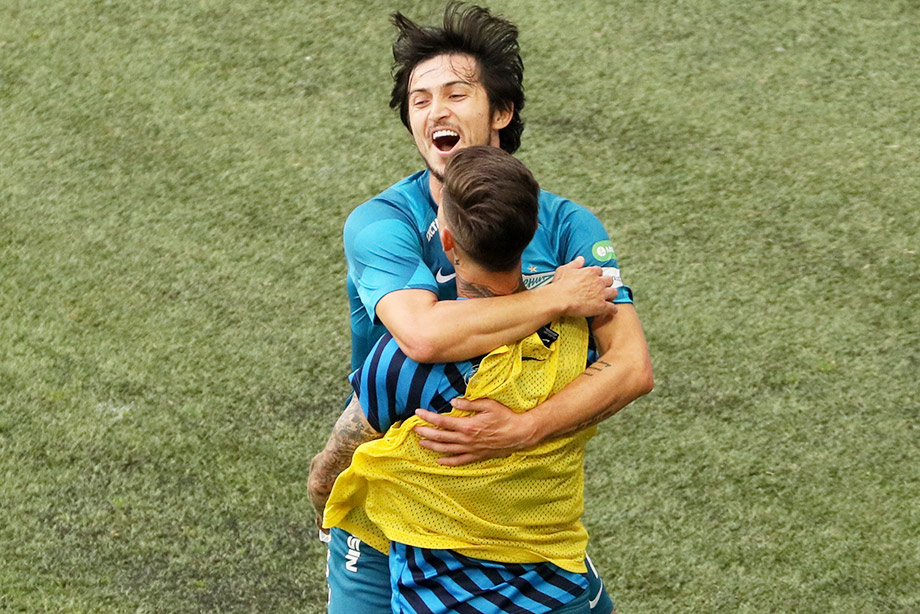 The Iranian forward of Zenit has the best season of his career. Azmun scored 16 goals for the round before the end of the championship, 7 of which were victorious for the St. Petersburg club. By the way, this season was the eighth for Serdar in Russia, in previous years he did not score more than 9 goals in the championship.

Perhaps this year will be the last for Serdar Azmuna in the RPL. European media are reporting interest in the attacker from Napoli and Arsenal. But it seems that the road to Naples is closed, because he goes there for crazy money Victor Osimkhen, but the question with Arsenal is still open. But in Russia, Serdar does not get bored: he is friends with Kerzhakov’s ex-wife and has fun in the locker room with Artyom Dzyuba. 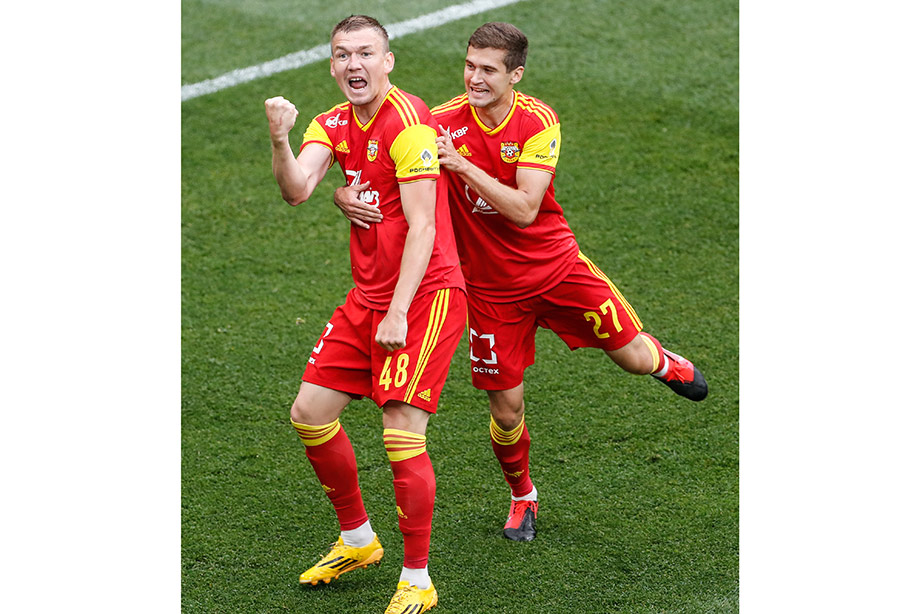 Dynamo’s decision to part with Evgeny Lutsenko is a failure of the season. The bosses of the Moscow club wanted a hammer-in striker, but it seems that having bought forwards, they began to score more goals. Let’s leave Komlichenko out of brackets, he came in the winter, and in March the championship went on an unscheduled vacation.

After moving to Tula “Arsenal” Evgeny Lutsenko outright became the main striker of the club. The team counts on Lutsenko, the striker pays for the trust with goals scored. Moreover, Eugene scores indecently a lot for an average club. Lutsenko scored 15 goals, 6 of which brought Tula three points. Statistical fact – Evgeny Lutsenko set an RPL record for head goals in one season. The footballer has accumulated as many as 9 such balls. Like Azmun, Lutsenko, at 33, has the best season of his career. 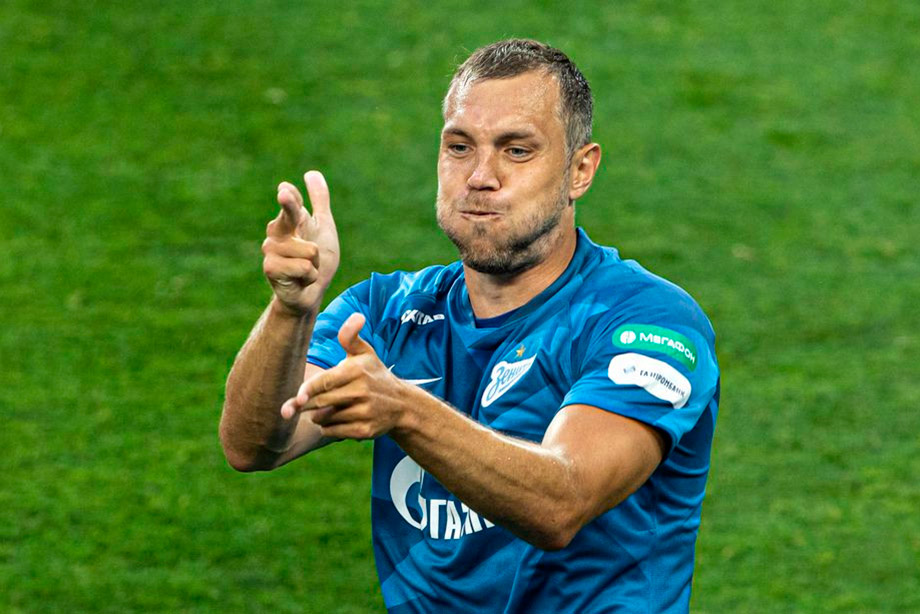 Artyom Dzyuba is the best RPL striker for the round before the end of the championship. On account of his 17 goals scored. The same number was on the forward’s account in the distant 2014/2014 season, when Dziuba played for Rostov. There is no doubt that in the last round against Rostov the team will play for Artyom. Improving your personal scorer result at 31 is worth a lot. Although Dziuba is the top scorer, he has fewer winning goals than Azmun.

But the season in the RPL Dziuba could not finish. This winter, “Championship” was the first to announce the interest of the English “Tottenham” in the person of the forward. After a while, Artyom admitted that Zenit did not let him go: “I was contacted on New Year’s holidays – from Jose Mourinho, as I understand it. But “Zenith” told me: “No.” If Tottenham wanted me very much, they would be more persistent. ” According to our information, the contract with Dziuba was agreed upon long ago. The parties must announce the conclusion of a 2 + 1 agreement. 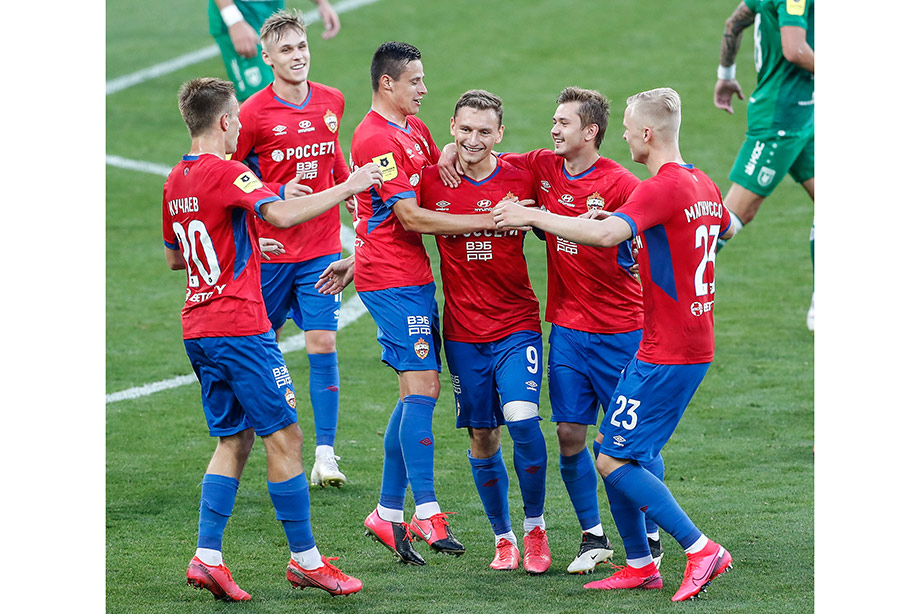 The current championship is not going very well for the top scorer of last season. Chalova as if changed. Fedya stopped being like himself immediately after CSKA refused to sell him to Crystal Palace: “The offer from Crystal Palace was very good,” said the president of CSKA Evgeny Giner… – But Fyodor still needs to get stronger. We never consider money supply. If Fedya had an offer from a club at a level just below the top, then we would let go, bargain, but let go. Fedya himself made this decision. ”

Psychology? Maybe. Strange decisions in attack and weak play on the sidelines have become characteristic of the forward in each subsequent game. Only now the same Fedya of the last season is returning. After the season resumed, the striker scored against Akhmat and Orenburg, and his goals were victorious. Argentine striker almost certainly moves to CSKA Adolfo Gaich… It will be interesting to watch how Viktor Mikhailovich will use Fedya next season. 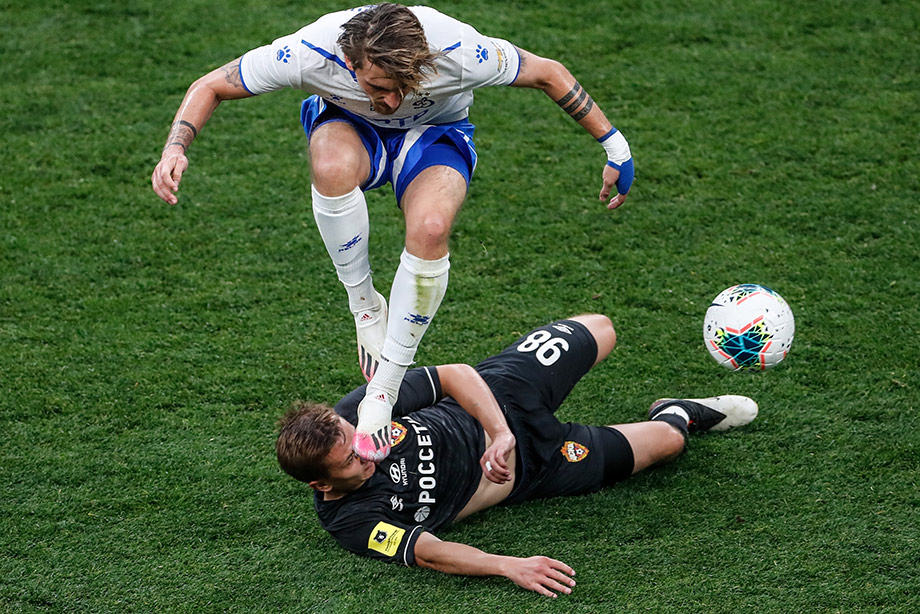 Maximilian Philip became the most expensive purchase of Dynamo in the history of the club. For the transfer of the German, the bosses of the Moscow team laid out € 20 million. Philip was one of those who had to add creativity and effectiveness to the attack. But this did not happen: 8 goals per season is not enough for a striker, although he performs slightly different functions in Dynamo’s playing structure. The former head coach of the club, Dmitry Khokhlov, raised the star German in his own way, often leaving the latter on the bench: “In the home match against Sochi in September, he looked frankly weak in the first half, dropped out of the game, for which I was really tough during the break criticized him. I would not call my behavior rude. This is football, emotions, we are losing in our field by the break … Perhaps, Philip is just so gentle and sensitive, since he took criticism so painfully? ”

Philip’s performance leaves much to be desired, but it is worth noting that four of the six goals scored were victorious. It is not so important that almost all of them were scored from the penalty spot. Dynamo are the favorites in the fight for the sixth place in the table. If Zenit St. Petersburg wins the Cup after the championship, we will see Dynamo in the Europa League. In European competition, the demand from Philip will be double. 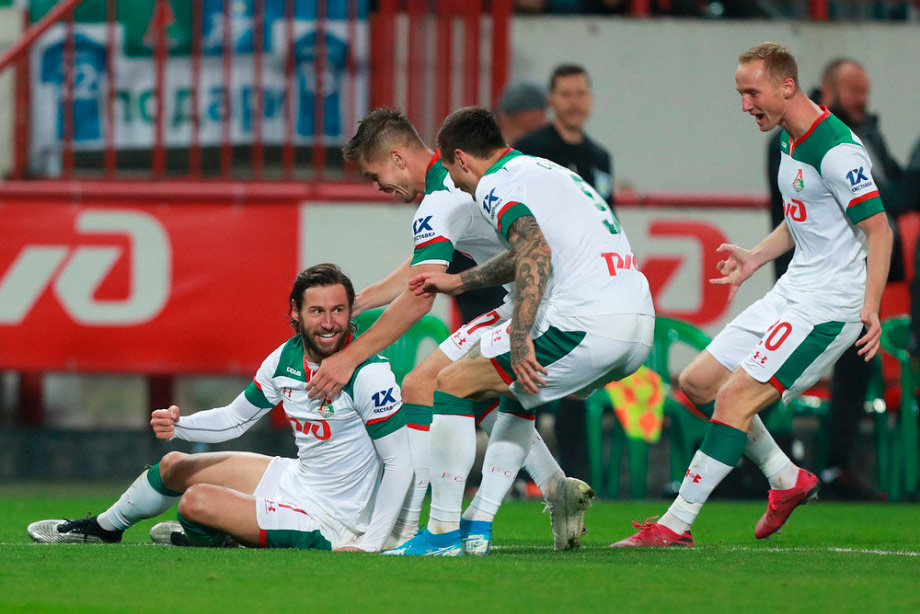 Grzegorz Krychowiak – a real find for Lokomotiv. This is the player for whom the former CEO should be thanked. Ilya Herkusa… Instead of gratitude, Ilya Leonidovich waited for a subpoena. Krykhovyak is the player who makes the difference on the pitch. One of the best not only in Lokomotiv, but in the entire championship. It is worth noting that under the leadership of Nikolic, Lokomotiv have already played seven matches, and the last goal scored by Krykhovyak happened back in the era of Semin. Krykhovyak scored not only the most important, but also the winning goals. There are already 4 such in the statistics of the Pole.

Grzegorz had a good relationship with Yuri Pavlovich. We all know Semin’s harsh disposition, during one of the matches Grzegorz even had to calm down the coach. 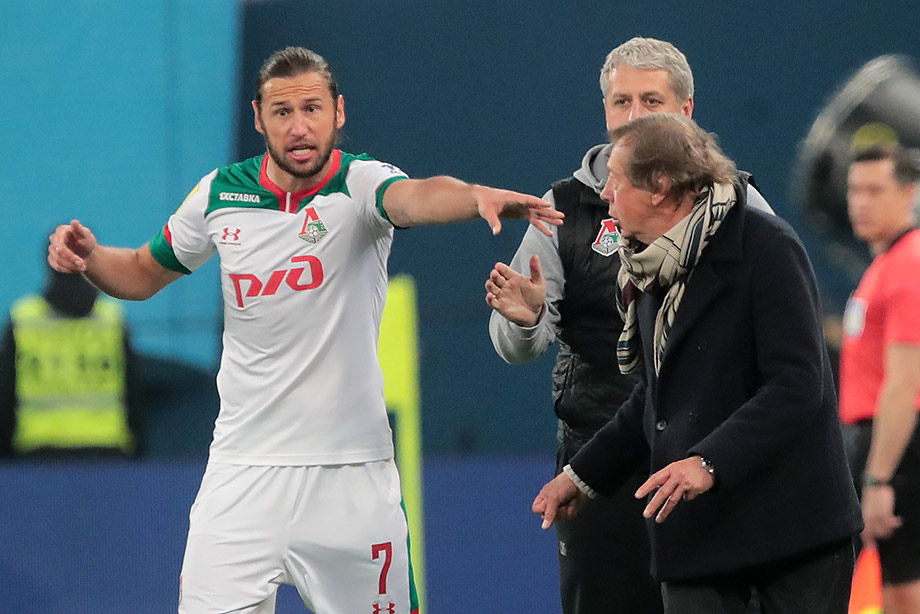 “When I watched the replay of that episode, I grabbed my head because I realized that I had gone too far,” said Krykhovyak. “But I didn’t feel it on the pitch. I only saw that the coach received a yellow card and, instead of calming down, continued to shout at the referee. That’s why I got into a boil and started shouting to Semin’s assistant to take him away. It might seem that I was pushing him, but this is not so. The next day I met Semin and wanted to apologize to him, but he said: “You know what, Krykha, you were right.”

After Semin left the club, the footballer wished Yuri Pavlovich good luck: “I want to say thank you to Yuri Palych for these two years,” Krykhovyak said. – Everyone knows that he is a good coach who has won so many victories with Lokomotiv. But most importantly, he is a good person. Always with a smile on your face. I wish Yuri Palych good luck on his new path! “ 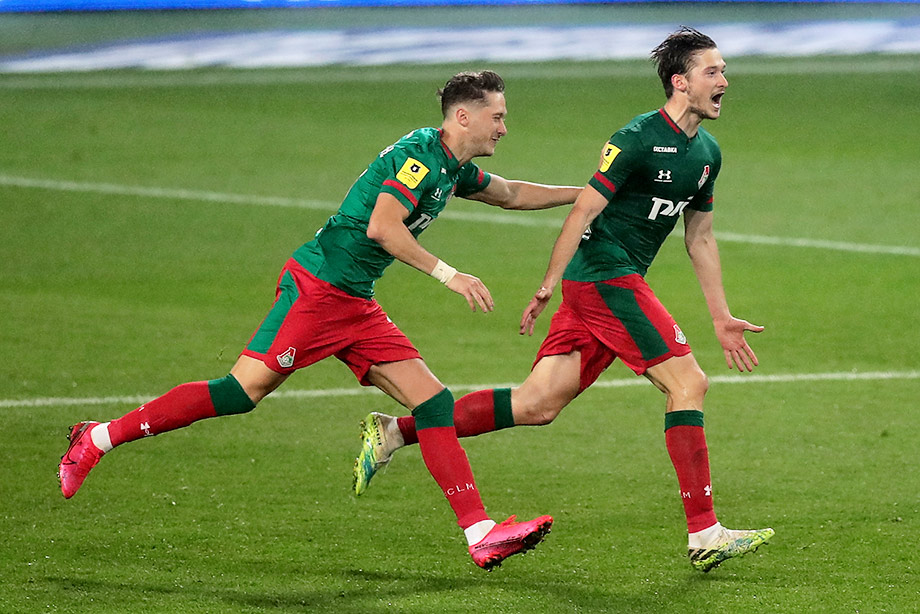 Alexey Miranchuk could go to Europe in the winter transfer window. According to media reports, Milan was interested in the midfielder and offered Lokomotiv a lease with a buyout option. Rumor has it that the deal was blocked personally by Yuri Pavlovich Semin. The coach’s logic can be understood: the fight for the Champions League was in full swing and I didn’t want to lose the team leader at all. Could Yuri Pavlovich then have assumed that Lokomotiv would still make it to the Champions League, but another coach would lead the club? Doubtful.

Miranchuk stayed and continued to benefit the team in the fight for the league championship place. Al.Miranchuk has scored 12 goals this season, 4 of them are victorious. But Miranchuk could score much more. The thing is that the midfielder is the leader of the season in hits to the bar and crossbar. In the match against CSKA, which took place on Thursday, Alexey converted two penalties and brought the team such important three points. 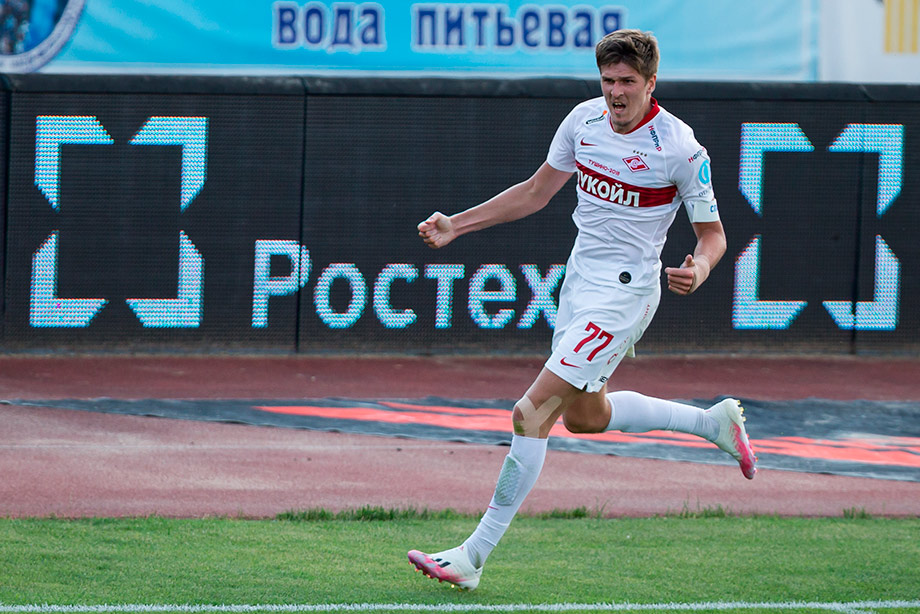 Alexander Sobolev is the opening of the current season. The striker already scored a double against CSKA in the first round, and by the beginning of October he was leading the scorers’ race with 10 goals. Then Sobolev stopped scoring, but managed to draw attention to his own person. In winter, CSKA and Dynamo fought for the striker, but Sobolev ended up in Spartak: “I can’t say what I originally wanted in Spartak, I wanted to go to a top club, Spartak is a great team,” the passage of time footballer. The people’s team signed the striker on a six-month lease for € 500 thousand with the right of subsequent redemption for € 4.5 million.

Sobolev managed to play four games for Spartak, then football was stopped due to a pandemic. Apparently, in such a short time, the striker left a good impression, and on May 18, Spartak announced the buyout of the player from Krylia. The goal drought of 11 league games was interrupted in an away game against Arsenal Tula, where Sobolev scored the first goal for Spartak. In total, the striker has 12 matches this season, 4 goals were victorious, however, they brought three points exclusively to the Samara team. Sobolev will have decisive goals scored for Spartak in the future.

From “oilmen” to “islanders”

“Kokorin chooses not the club, but the amount of the contract.” Byshovets – about the situation with the forward