Why in 2020 there will be no Golden Ball – Championship

France Football has announced that it will not award the Golden Ball for 2020. This is the first time that an award for the best player in the world has not found its owner since the prize was created in 1956. Although the ceremony takes place in December, the decision to refuse has been made by the French publication now.

France Football decided not to award Ballon d’Or in 2020

Why won’t they hand over the Golden Ball

According to France Football Editor-in-Chief Pascal Ferret, there are several reasons for refusing to award the prize at the end of 2020. The magazine published a list of them.

– Such a unique year cannot and should not be regarded as an ordinary year. When in doubt, it is better to abstain than to insist.

“The Ballon d’Or reflects, in addition to sportsmanship, values ​​such as exemplaryness, solidarity and responsibility.

– The fairness that is required for the selection of the winner of the award cannot be observed, including in terms of statistics. Candidates for the Ballon d’Or are in different situations. Some of them finished the season ahead of schedule, and some continue. You cannot compare the incomparable.

– France Football would not like to include an asterisk with a footnote like “Trophy won in exceptional circumstances due to the coronavirus crisis” in the list of prizes. Protecting the credibility and legitimacy of the award means it will remain flawless.

– Several months have dropped out of the season, so they will not play enough to give objective assessments. In addition, matches are played in unusual conditions and formats – empty stands, five substitutions, playoffs with the Final Eight in the Champions League. Choosing the best player under these conditions does not match the history of the award.

– Some of the nearly 220 jury members from around the world, both men and women, may have been distracted from football by other priorities and emergencies.

“The history of Ballon d’Or is too prestigious to risk damaging it. In these turbulent times, taking a break is a luxury and an invaluable necessity.

Instead of the traditional awards for the best football player and football player, the best young player and the best goalkeeper (now this award is named after Lev Yashin), France Football
at the end of the year will name the “Dream Team”. A special jury will select the 11 best players in the history of football from the list presented by the magazine’s editors. 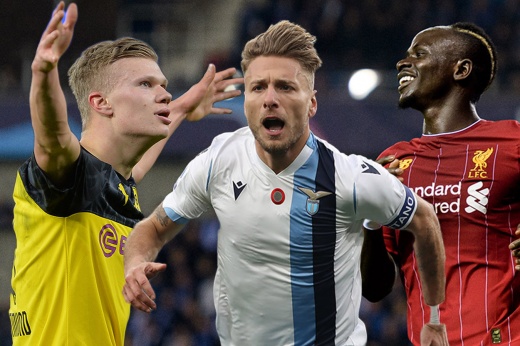 Who should I give the Golden Ball right now? We choose

FIFA and France Football are reluctant to hand over their prizes this year.

Reaction to the cancellation of the Golden Ball

Of the top clubs in Europe, Barcelona was the first to react to the cancellation of the Ballon d’Or. The Catalan club tweeted, hinting at Lionel Messi:

“We understand this. In any case, everyone knows who is the best. “

It is curious that over the past 11 years, only the players of Barcelona and its principal rival Real Madrid have received the Golden Ball. Six times the award went to Messi, four ex-striker Cristiano Ronaldo and Madrid midfielder Luca Modric.

But the famous journalist and blogger Vasily Utkin criticized his colleagues from France Football for refusing to present the most prestigious individual trophy.

“Refusal to present the Golden Ball is pure bestiality. Euro canceled? So what. All the same, in solidarity with all of Europe, the watched matches are a hundred times more than people saw before the 90s, and the prize was somehow awarded. Season shift? So much the cooler. The more unusual, the more important it is to close the season with the name of the hero. There are no reasonable substantive objections so as not to award the Golden Ball this year. Only sponsorship advertising. Not enough views / mentions / hell knows what else. The decision can only be caused by this. It’s a pity. It’s just a pity. “Golden Ball” in the heads of people, the public is important for such a personified result, portrait, signature under the season. Well, fools, ”Utkin wrote in his telegram channel.

Who could have won the Golden Ball in 2020

Bayern striker Robert Lewandowski was considered almost the main favorite to win the trophy. For the Pole, who will turn 32 in a month, this would be the first Golden Ball in his career. It is possible that he will not get another such chance.

At the end of June, Goal.com published an updated ranking of the top contenders for the Ballon d’Or. According to the popular site, it was Lewandowski who went under the first number:

Lewandowski has scored 51 goals in 43 appearances for Bayern in various competitions this season. However, the Golden Ball is awarded at the end of the year, not the season, so you should first of all pay attention to the trophies won. Robert won the Bundesliga and the German Cup with the team, in addition, Bayern continue to fight for the victory in the Champions League. With regard to performance specifically in 2020, Lewandowski scored 21 goals. His closest pursuer, Ronaldo, has 20 goals, Holland has 16, and Messi has 15. 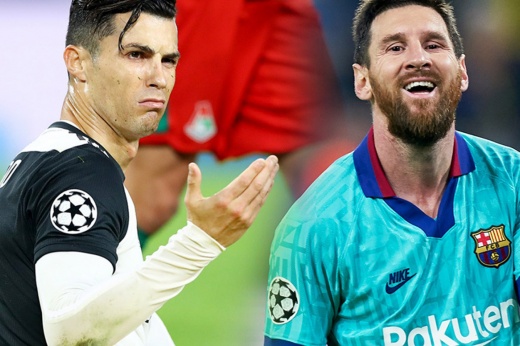 Ronaldo can knock out in the playoffs and Real, and Messi. But this is unlikely to happen

Should we expect Manchester City or Bayern Munich in the Champions League final in Lisbon, not Ronaldo and Messi?

Messi and Ronaldo also had every chance of another Ballon d’Or, as an added bonus in the dispute over the title of the best player in the history of football. For each of them, the cancellation of the presentation of the award was also unpleasant news, since the Argentine is already 33 years old, and the Portuguese is 35. Unfortunately, the two stars are not left to burn very long. Any season can be the last in terms of the fight for the Ballon d’Or. True, in 2020 Messi lost the fight for the championship with Barcelona, ​​and Ronaldo lost with Juventus in the Italian Cup final. But the Turinians are likely to take the Serie A gold. And the Champions League for both is not over yet.

From Real Madrid this year, Karim Benzema and Sergio Ramos, who, oddly enough, are absent from the Goal.com rating, would be competing for the Ballon d’Or. They were key players in Madrid’s league season. Unless being eliminated from the Champions League, which is difficult to avoid, would reduce their chances of winning a prize. According to Real Madrid President Florentino Perez, the French striker deserves the award more than any other player.

“Benzema must receive the Golden Ball. This season, there was no player who played the best one, ”Perez said the other day.

De Bruyne’s inclusion in the top 3 contenders for the Ballon d’Or is logical, despite the fact that Manchester City gave the gold to Liverpool. The Belgian is the most productive player in the Premier League on the goal-plus-pass system (11 + 18). But Sadio Mane was unjustly forgotten. Probably due to the fact that the Reds flew out of the Champions League. But Manet’s contribution to the Reds championship cannot be overestimated.

“Maybe Malcolm set himself up. But the defender played thoughtlessly! ” Orlov – about a penalty kick against Khimki