Yesterday became knownthat Salavat Yulaev signed a new one-year contract with 39-year-old defender Alexei Semenov. We decided to look at other older players who might rock the next season. 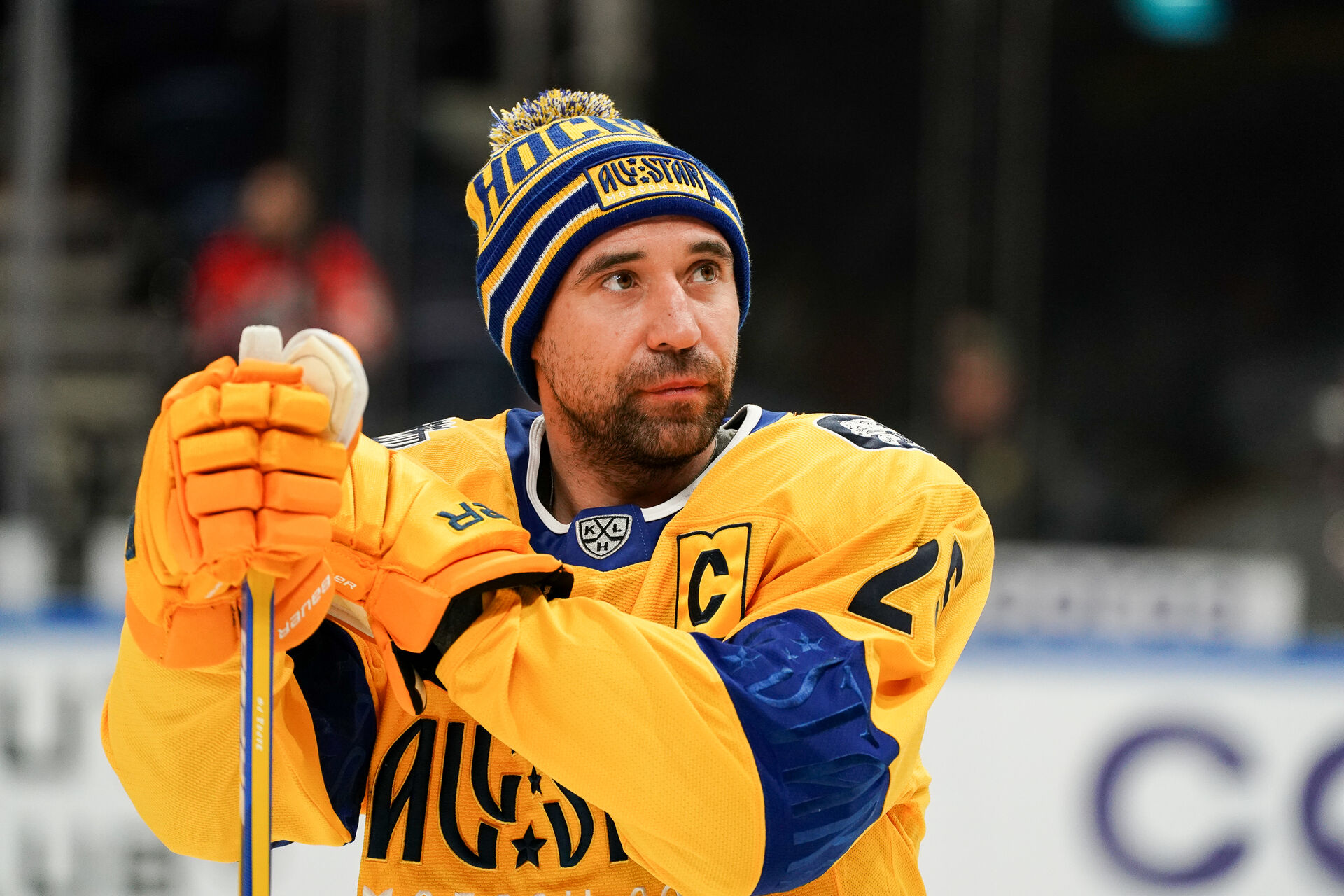 There is nothing unexpected in the fact that the experienced defender stayed for another year in the Ufa team, no. Yes, Alexey does not play in top pairs, but people like him are very useful in the locker room and for maintaining the team atmosphere. Semyonov has been playing for Salavat for two years now, and last season he reached a very significant anniversary mark – 500 matches in the KHL. It is unlikely that his role in the new season will undergo at least some changes. Alexey will guide the Ufa youth on the right path, which we have recently seen in “Salavat” in sufficient numbers.

The salary saga between Mozyakin and the management of “Magnitogorsk” has become, perhaps, one of the main events of the entire Kaehaelo offseason. Naturally, given the tight cap on salaries, it was impossible to imagine that Sergei’s fee would remain at the level of 180 million rubles, so the Urals residents had to convince him to go for a serious decrease in financial appetite. As a result, the parties agreed on 50 million per season, and this figure seems optimal. Mozyakin, at the age of 39, continues to be at a serious level. You shouldn’t pay serious attention to the decline in his performance last season – then the whole team performed poorly. How will Sergey show himself in the next championship? It will be very interesting to watch this.

It seems that in the coming season the volume of Koshechkin’s games will gradually decrease. He has a strong replacement in the person of the Finn Juho Olkinuora, who will also need to be provided with playing time. In general, inviting a legionnaire to a back-up position in our conditions is always a rather controversial decision, but since it has been made, there is no turning back. Koshechkin, as well as Sergey Mozyakin, continues to keep the brand. Next season, if nothing happens, he will definitely play in the rank of Metallurg’s main goalkeeper.

But Eremenko during the last championship was much more often on the bench. Still, his replacement in the person of Ivan Bocharov finally grew up in “Dynamo”. True, in decisive matches Vladimir Krikunov, as a rule, relied on Alexander’s experience and made a choice in his favor. In the playoff series with Spartak, the 40-year-old keeper has played in five of the six games played. The Dynamo management continues to rely on the goalkeeper, who is a symbol of the club’s victories at the beginning of the last decade, and therefore extended the contract with him for a year. Thus, the next season will be the sixteenth for Eremenko in the “Dynamo”.

“Alexander feels the strength to play at a high level. This is important for us and for him. In turn, the club’s management can only be proud that high-level goalkeepers are gathered in Dynamo Moscow, who, in addition, are pupils of our school,” – this is how the general director of the club Yevgeny Krovopuskov commented on the continuation of cooperation with the goalkeeper.

There is no point in talking a lot about this legendary man, since everything has already been written and said about him. In his venerable age, Zaripov still remains not only the spiritual leader of “Ak Bars”, but also an important player in the attacking formations of Dmitry Kvartalnov’s team. In the spring, Traktor tried to return the player to his homeland in Chelyabinsk, but he rejected the offer of black and white, since Ak Bars was his priority. Well, this is the position of a true leader, which deserves immense respect. Like Mozyakin, Zaripov also cut his salary. It was reported that next season the hockey player will receive 60 million. Kazan fans can only be glad that the leader of their favorite team will remain in the ranks, at least until the end of next season.

Obviously, next season will be the last of the Wizard’s long and illustrious career. In the fifth decade, the interests of people, as a rule, seriously change. So Datsyuk will continue his activities in hockey as a functionary. Actually, he is already taking a fairly large part in the management of the club. It’s no secret that Bill Peters appeared in Yekaterinburg not least thanks to Pavel. Next season should be the legendary center forward’s beautiful swan song.

The forward missed the season before last due to a shoulder injury. In the spring of 2019, Evgeny returned to Vityaz, where he began his career back in 1999. And this story, contrary to the expectations of skeptics, really turned out to be beautiful. Podolsk has long been a place of reincarnation for older players, and Artyukhin’s case was no exception. Firstly, he had a great part of the previous season, fulfilling all the functions that were entrusted to him. Secondly, by the mere fact of being on the court, he discourages any desire from an opponent to play roughly against any of the Vityaz players.

“By his appearance in the line-up, Artyukhin kind of controls the situation on the site. He makes sure that there is no hockey hooliganism against the players of his team. Weisfeld.

And it’s hard to disagree with him. Artyukhin will remain on the team for next season, and this is a very important signing for Vityaz.

The next season will be the sixteenth for the veteran and living symbol of the Cherepovets team. Trubachev spent almost his entire career in his native club, if you do not take into account his trips to St. Petersburg, Mytishchi and Ufa. Even if Trubachev is far from breaking scores and sniper records (last season, he scored five goals and made nine assists in 51 games). But he is rightfully the leader and leader of the team, as well as a mentor for the Cherepovets young guys, who serves as an excellent example of the right attitude to themselves and to hockey. And such people in any team should be worth their weight in gold.

At the end of the summer, Popov will turn forty, but somehow he magically still does not fall out of the general team speeds of the “army” club, which, in fact, are quite high. Unsurprisingly, the Red and Blues management recently re-signed the veteran for next season. “Popov is 39 years old, but in his understanding of hockey, in the ability to add at the right time, in the playoffs, he has no competitors among the young. A new team is being built, and a hockey player who teaches young people about the profession and the ability to sacrifice personal interests in the name of the team, it is simply necessary “, – this is how the legendary Boris Mikhailov described Popov. Such words from such people, indeed, still need to be earned.

Mad Max is still in good physical shape, which he proved with his performance for Dynamo last season. But the blue and white needed to tidy up their payroll, and therefore the forward was among the players with whom it was decided to part. However, he is not going to finish with hockey. At least, this is what his agent Gleb Chistyakov said in the spring. In any case, it will be interesting to see where Maxim may be in the next season.

To save money, Barça is ready to sell Coutinho, Dembele and 10 more players. A vigorous team is recruiting – Storm in a glass – Blogs

Joaozinho – about Dynamo, Krasnodar, the contract, Moscow, Russia and football