Zenit won the 4th Russian Cup and overtook Spartak. Ivanovich was so happy that he broke the trophy – Russia 2020 – Blogs

A wonderful season in St. Petersburg.

Zenit beat Khimki in the Russian Cup final with Dziuba’s goal from the penalty spot in the 84th minute, and at the end they almost missed – Khimki hit the post just seconds before the whistle. Still, the score is 1: 0 – this means that the 2019-20 season has completely turned blue, white and blue.

• Zenit won the championship and the Cup in one year for the first time since the fall-spring system. Prior to this, the club issued a double when Spalletti was still in charge – in 2010.

• This is the fourth Cup Zenit has won, and even beat Spartak to take 3 trophies. But there is still something to strive for: most of all the Cup was won by Lokomotiv – 8 times, CSKA in second place – 7.

• The Cup is the 20th trophy in club history: 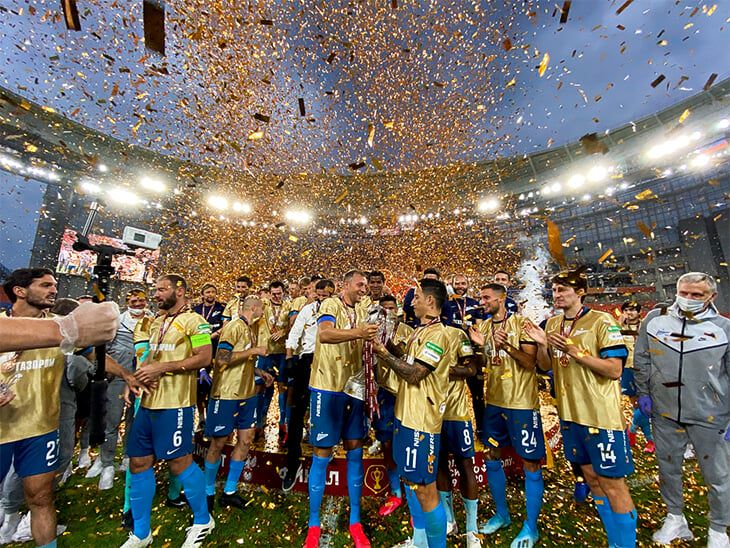 • Zenit will now play Lokomotiv for the Russian Super Cup. The match will take place on August 7 at VEB-Arena. Good news for Dynamo too: thanks to Zenit’s victory, the team advanced to the European competition and flew into the Europa League qualification. CSKA will play in the group stage.

• The main event of the awards ceremony is the broken Cup. Ivanovich was so happy that he handed it over to Magomed Ozdoev inaccurately. The team ended up posing with a trophy that didn’t have a top.

Perhaps it was Ivanovich’s last cup at Zenit. He will be replaced next season another balkan…

CSKA, Dynamo, players of Akhmat and Krasnodar were fined for violation of the rules

FNL approved the list of participants. 22 clubs will play in the tournament, including Orenburg, Wings and Alania